This is PART 11 analysis of the The ‘Made in India’ heavy weight torpedo Varunastra by NSTL. Destroyer was the fast ship fitted with torpedoes or small torpedo boats, which could sink a ship, as gunnery didn’t. India’s Navy entered Destroyers era with R class from UK and a Cap’n was a respected guy ! No more, in Sea Blind India and its capital 750 km from the sea. 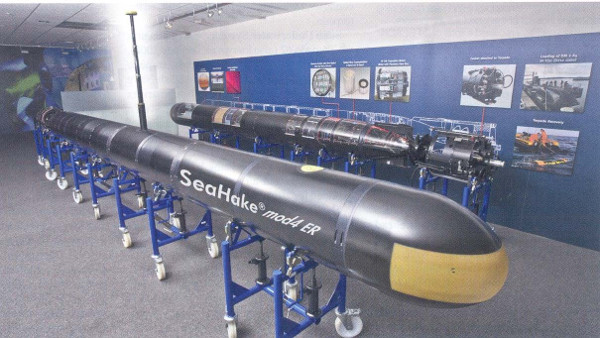 Torpedo became the most potent weapon of the last century for anti ship and anti submarine warfare, dominating World War II when thousands of torpedoes fired from submarines, and fewer from warships and aircraft sank more tonnage than all the surface ships put together. MOD forget the mportance of submarines mired in politics as it was a JUGAD LED ACQUISITION PROCESSES AFTER BOFORS !

Navy never forgot INS Khukri’s sinking in 1971 and studied the Falklands war (1982) and how nuclear propelled SSN submarine HMS Conqueror sank the Argentinean cruiser Belgrano with conventional torpedoes with huge loss of over 400 lives. That sinking by one SSN miles from UK made Argentina throw in the towel and India’s Navy became wise ! 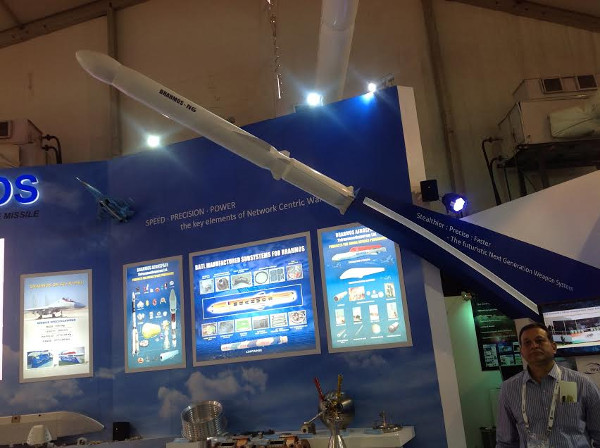 Navy’s success with Arihant awaiting political commissioning enabled DAC to approve 6 SSNs acquisition possibly knowing it can deter the PLA(Navy ). The NAVY DRDO and L&T CAN DO IT in a PPP or JV FORGET STRATEGIC PARTNER THAT 5 TASK GROUPS OR MOD HAVE FAILED TO AGREE ON FOR ONE YEAR TO ISSUE DPP-16.
The EXPENSIVE project 75India for six Conventional submarines may just breathe is IDF prediction, with 2 more conventional boats as Kilos and HDW-1500 are being upgraded at costs, and Defence budget is under stress with Finance Commission recommending cuts.

The end of the last century saw the advent of missile warfare. Navy’s ingenious attack in the 1971 war and sinking of four Pakistani ships off Karachi and setting aflame the Kemari oil tanks on 8th December, by OSA missile boats , earlier set on fire on 4th morning by IAF Hunters from Jamnagar, the Era of long-range missiles entered what is called the Revolution in Military Affairs (RMA) with advances in Electronics, radars and Computers. Navy has it.

NSTL with Naval officers got immersed in torpedo technology, ship design and related hydrodynamic facilities with a ship’s tank. But torpedoes remained the sine qua non of NSTL and it delivered the light weight TAL and now the heavy weight Varunastrastra.

Credit to Navy’s sonar operators and divers who searched for the torpedo if it did not behave as planned in the trial, or the sea got rough as it did off Vizag to avoid that Board of Inquiry (BOI). This invariably happened in rough waters, and lifting the 2 ton Torpedo filled with water if it sank, was a true JUGAD !

But Navy did it, like its fine expanding Army does with sacrifices and safeguards the longest troubled borders in the world laced with terror from across the border and Air Force the skies. They do it with a JUGAD Control of the 17 separated Commands, an Army led police controlled NSG, millions of paras with an NSA and no accountability by any Ministry or system or a person or CDS still debating 5.62mm or 7.62mm rifles and bullet proof jackets ! China now has six commands with USA in view, and one for India which are settling down, and India needs to study that for balancing the three services or China will race on as a bully. Might is right in International Affairs, not JUGAD any more.

India’s MOD plans, issues OPS Directive and sits back , IDS makes LTIPP and 1 year plans which is a wish list to please everybody especially Area Commanders not to lose heart in MOD. Parliamentary Committee on Defence with actors like Raj Babbar Chair sessions in a rush, and the Finance Ministry takes away capital budgets as Revenue budget of the nation is in trouble and no debate takes place and Service Chiefs look on. Navy realised this long ago, and like Jack the Sailor HELPS ITSELF ! At sea you are alone with stars to guide you if electronics fail.

• Navy’s aging unstable small patrol craft converted in JUGAD for Torpedo Recovery (TRV) sank at sea off Vizag. Navy got DRDO to fund a catamaran TRV and Navy runs INS Aastradharini for all DRDO trials, built cheap by Soft Shipyard Ltd in Gujarat, not a PSU.
• Navy’s 16 Submarines and ships from 1980s tested Type 53-65 (passive wake homing) and TEST 71/76 anti-submarine, active & passive homing torpedoes upgraded by NSTL and ships had to lift the torpedo and land ashore. CO’s did it with JUGAD.
• The Leander class ships with the Italian Whitehead A-244 and HDW-1500 Submarines with wire guided SUT-B torpedoes seldom had to worry and collected BZs !

WASS Italy was to supply Blackshark torpedoes for India’s six Scorpenes built at MDSL Mumbai. Time is running out. First boat Kalvari is on sea on trials, but WASS stands blacklisted listed because it is a part of the Finmeccanica Group embroiled in the 12 AW-101 VIP Helicopter scandal, going no where in JUGAD with 3 AW-101s languishing.
RM Parrikar is elated, attending every Defence function and trips to support Goa, stated there he plans to export the Varunastra torpedo and BrahMos missiles, and upgrade the Petya 3s of Vietnam for Rs 2 bill which will be a feather in India’s cap, though it is reported GRSE had won the technical bid to supply OPVs to Philippines but lost to South Korea in the financial bid. ‘Money makes the Mayor go’ and IDF is hinting of AID that is a strategic function of the nation, which Soviet Union gave us.

India has a strategic defence relationships with Vietnam and is supplying FPBs with EXIM loan, and is the way to go to subsidise the refit bid and not leave it to Babus to calculate costs as it tried to derail SIMBEX exercises. The Finance Ministry must understand AID strategies which pay. FINMIN only sanctions and then takes away defence budgets regularly. FINMIN delays sanctions and then blames MOD for not spending the budget in time. The game goes on, and its called JUGAD that works, and President Bush learnt when he came to India, and Richard Nixon wrote about it before he became President that ‘dealing with India was frustrating’ ! As President in 1971 Nixon called Mrs Gandhi names, but now USA is India’s best friend, for its National Interests. US leaders Tom Tom it and we are apologetic and ask USA to stop AID to Pakistan. Does USA listen ?

The Navy’s aging Kilo submarines have challenges, armed with a bouquet of active & passive homing torpedoes from Kyrgyzstan’s Dastan torpedo plant in Bishkek (ex Soviet Union). The factory was put up for auction, supplies suspended. INS Sindhukesari has been at the Zvezdochka Shipyard in Severodvinsk Russia since July 2015 for a refit and another will follow . It is to be seen if she will be fitted out with Russian torpedoes or the old stock in Navy’s reserves maintained by the Naval armament Depots (NADs) and inspected by Navy’s Armament Inspectorate staff (NAIOs).

At the handing over CNS Sunil Lanba stated, “The successful induction of Varunastra into our Navy will be a game-changer in favour of the warships in sub-surface warfare. This landmark has put Navy in elite club of navies across the globe that can boast of self-reliance in under water sensors and under water weapons “ and added, “ It has ‘indeed been long’ and we need to work towards a reasonable time-frame from concept to realisation to address our capability gap in time”.

IDF feels JUGAD in India’s Defence must stop and is food for thought no committee report even Naresh Chandra’s sees light of day due to politics and JUGAD.

Previous Post: INDIA ENTERS THE CLUB OF 9 TORPEDO MAKERS AND THE HOME MADE VARUNASTRA IS AN ACHIEVEMENT—NAVY’S TAKING IT OVER TO OPERATIONALISE THE WEAPON IS COMMENDABLE
Next Post: ITLOS DEBATED TAIWAN’S TAIPING & REJECTED CHINA’S SCS CLAIMS AS IT OFFERS TALKS/JOINT DEVELOPMENT AND COULD TAKE UP ART 298 ON TAIPING & ASSURES INDIA FREE NAVIGATION