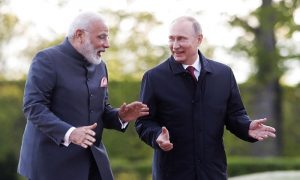 Previous Post: RICH & STABLE UAE HAS STEALTHILY BECOME A WESTERN IOR MARITIME POWER GOADED BY FRANCE & SAUDI ARABIA—WEST ASIA HAS BECOME UNSTABLE—IT IS INDIA’S OIL LIFE LINE — WAR THERE WILL HIT INDIA & IS TRUMP CAUSING IT ? IS CHINA A PLAYER THAT INDIA NEEDS ? Part One.
Next Post: LOOKING BACK — INDIA PRIVATELY CELEBRATED EX PRIME MINISTER RAJIV GANDHI’S DEATH ANNIVERSARY 21st MAY —IDF TABLES MILITARY EXTRACTS FROM THE BOOK “INDIANS WHY WE ARE WHAT WE ARE. ” Manas ISBN 81-7049-080-4