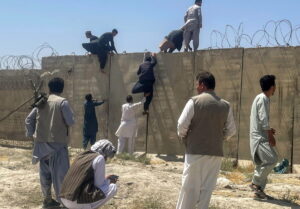 This is an IDF analysis of President Xi Jinping’s Great Game in the East that IDF had analysed from a BRI and CPEC perspective. The GREAT GAME is propped on Pakistan’s maritime and CAR geography, while its ISI uses terror tactics to Pakistan’s advantage, especially against India to stall India’s progress, and keep India’s military occupied. Pakistan knows it can hawk its maritime geography which China covets at any cost to be an Indian Ocean power..

Taliban 2.0’s success in Afghanistan  will encourage Pakistan and China to needle India, the resident pivot in the region, as Taliban has a connection with Al Qaeda. Taliban moved in to Kabul faster than predicted and US authorities neglected intelligence inputs that the Afghan Army was crumbling. Sniping has begun with Trump asking Biden to resign. Despite lessons of Vietnam, Iraq and Syria, USA assumes military power can win. China took advantage and made stealthy moves to win without fighting and its deep pockets and extended its geography in the South China Seas. As Russia’s is sanctioned by USA President Putin supportsTaliban 2.0 though Soviet Union lost to it in the 1980s. National interests override emotions.

The Taliban governance from Kabul will not be easy and will see hard economic times and infighting and maybe a civil war for a bit, but for sure US power is ousted from the region leaving behind a more built up Afghanistan with contributions of billions even from India, which Taliban will welcome.

Afghanistan has a gun culture and is inheriting \te left behind modern US military hardware listed, which could be shared by Afghanistan and its Islamic friends like Pakistan, China and Turkey who could provide maintenance and may even buy some. So the question Quo Vadis India’s Strategy ? 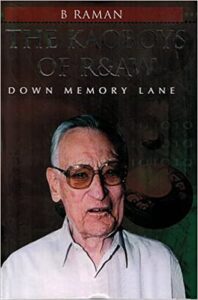 Nations will have to deal with the repressive Taliban Government in power and PM Modi almost said so after two CCS meetings with EAM joining from New York. It seems CDS was not invited. He will get inputs to pass to the service Chiefs who will also lean on the media. Are minutes of the CCS meeting circulated for Chiefs?

Indian military is seldom involved in decision making by the Government. This modus has been explained in Adrian Levy’s latest book Spy Stories on India’s intelligence. It depicts how military actions were RAW driven which reports directly to PM and PMO and he quotes instances. PM Rajiv Gandhi left much to RAW head Verma, while Morarji clipped RAW.

IDF will review the book. It is well researched with names and actions from books by B Raman’s the Kaoboys, renegade Yadav’s RAW’s operations, Gen VK Singh on Inside RAW and Germany’s Hans Kieseling on ISI and the media world over, called Joining the Dots in Intelligence Parlance. Significantly it tells us how Army was let down in Op Blue Star and by a senior RAW operative Unnikrishnan in charge of Sri Lanka in Op Pawan and his sex escapades with a Panam hostess planted by CIA.

The Indian Navy’s Intelligence operatives who Unnikrishnan approached suspected him early on, and Navy was careful to provide RAW inputs in JIC meetings where Unni attended, and is in the book Warring Navies. Unni got away with a confession and two movies were made on the spy, Madras Café and Madras Express. The Army was not in the loop and did not ask for an inquiry after Op Pawan though it lost 1400 souls and needed to learn lessons for out of country joint ops.

TALIBAN has the support of China, Russia and Iran as the US sanctions on Russia and Iran proved detrimental to USA and even to India, and Iran turned to China. Sanctions do not always work. India has tried it with Chinese business post Ladakh but trade has not reduced. This needs study as it  has been missed by  analysts

India’s interests in Chabahar and the land route to Afghanistan can come under threat, while Pakistan controls the direct air corridor from India to Afghanistan. IDF analysis is the C-17s flying to and from Kabul had to take a circuitous route via Turkmenistan and Basra in Iraq and had to land at Jamnagar to refuel, not the shorter Iran route. Food for thought !.

US forces have temporarily taken control of the Kabul Karzai airport and are repatriating 3000 US and 2000 Afghanis and others with flights world over including Germany. Though Taliban may be repressive as in recent Jalalabad killing of two demonstrators opposing the Taliban flag, they have assured foreigners and women their safety with riders.

USA though a formidable military power cannot easily risk a war with a China & Russia combine, as its economy and critical race worries at home, and spending over a few trillion dollars on creaking infrastructure and divisive Republicans versus Democrats politics are telling on President Biden. Will Kamala Harris be his asset or a liability like Sonia Gandhi an Italian Indian was a liability or an asset for Indians ? That needs study. 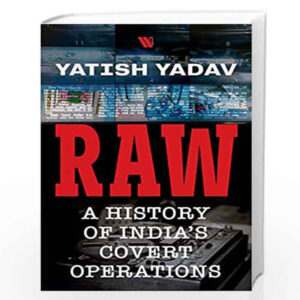 China’s great game plans are afoot to form a PENTAD to oppose the QUAD with China, Russia, Pakistan, Iran and North Korea to win the Great Maritime Game being waged in the South China Sea and in the Indian Ocean Region(IOR).

India has put its eggs in the US basket and its weight behind the QUAD but with a reduced $3 trillion GDP and medium military is being bullied  China the rising power with its $ 16 trill GDP. China seems to have settled the LAC with buffer zones and ensured POK will not be easy to take by India, by beefing up Pakistan.

USA is leaving behind $ 20 billion worth of advanced military hardware and -trained Afghan soldiers equipped with latest weaponry.

It is reported the Afghan Air Force (AAF) has dozens of UH-60 Blackhawks, MD-530s, and Mi-17s and Indian supplied Mi-35s helicopters besides its A-29 Super Tucano fighters (23 in number), C-130 Hercules transport aircraft, C-208 utility aircraft, and AC-208 fixed-wing aircraft. In total, the AAF has around 211 air platforms of which around 50% are operable.

USA handed over 11 bases and military complexes to the ANDSF which include Bagram airbase, New Antonik, Kandahar airfield, and New Kabul Complex, Blockhouse, Camps Stevenson, Dwyer, Lincoln (Marmal), and Arena. The Resolute Support headquarters (RSHQ) was handed over to the Afghan government on June 6, 2021.

The Americans are leaving a mess with body bags it suffered. They did it in Iraq and Syria and Lebanon and Libya and now in Afghanistan. Peace in the East is unlikely till USA accepts that China’s rise is inevitable, as China also took advantage of the Coronavirus pandemic after it leaked from Wuhan by accident.  Now comes the exit of US from Afghanistan which will challenge India. It was a mistake for USA to go and stay for 20 years and Americans will regret it. but USA  had to withdraw.

Recall India too withdrew in Op Pawan in 1991 as both forays were tactical and for USA’s after 9/11, with no strategy. Twenty years, countless lives and more than a trillion dollars later, many are looking anew at Lee’s lone vote against USA’s war on terror.

Rep. Barbara Lee agonized over her vote, after the Sept. 11, 2001 terrorist attacks to explain her vote against giving the President a broad, open-ended authorization for military force. She was called a terrorist, a traitor. The House vote was 420 to 1. The Senate vote was 98 to 0.

Previous Post: AFTER JINPING’S SPEECH US CHINA COMPETITION IS ABOUT ECONOMICS—TALIBAN IS RISING….EAM JAISHANKAR SAYS CHINA IS REDRAWING THE LAC & PAKISTAN PLANS ELECTIONS IN POK TO MEET 370 ..…ALL COULD IMPACT INDIA
Next Post: AS US TROOPS ABANDON AFGHANISTAN TO CHAOS & TALIBAN & ANTI TALIBAN FORCES AMBASSADOR TANDON FLED KABUL FEARING HOSTILE ACTIONS BY PAKISTAN’S ISI & LET AGAINST INDIA WHICH MAY REOCCUR