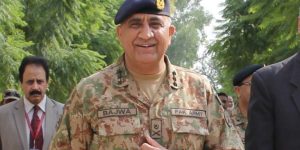 This is a 45 day later IDF Analysis post Phulwama and Balakot air attacks and the daylong aerial engagement, the first ever hot air actions over Kashmir in the sub continent after KARGIL on 26th and 27th Feb 2019.

The two days involved some total of some 20 Su-30MKIs, Mirages, MiGs, Phalcon AWACs from North Indian Air Bases and 24 F-16s, JF-17s and Chinese and Swedish AWACs from Pakistan’s air bases flown by the qualified pilots on both sides but it seems under Restrictive or Unclear Rules of Engagement (ROEs) to avoid war by crossing lines, at a time when India was heading into its largest and heavily fought charged elections ! The military situation is currently being exploited for political ends and military is helpless so needs Analysis.

IDF in last post had explained how China seems to have relented after Pak Army and Air Chief wanted action to let Pakistan to attack after 26th Feb , but no military or civil targets, and may be India had same advice from P3 or intentions as communications must have taken place with friendly nations to see the actions were controlled and restricted, as they were. Air power can go out of control. Amb Surendra Kumar in Asian Age writes the situation was eased by UAE, USA, Saudi Arabia and China among others. 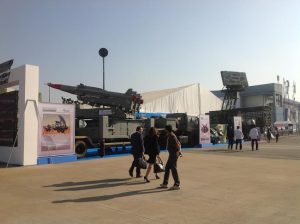 India has no CDS system though NSA does wield authority for joint actions so the picture will be hazy and remain within IAF professionals, as an MI-17-V helicopter also went down and joint service inquiries for Blue on Blue if at all in India, are not easy. But BBC is collecting information as BBC Radio and TV always analyses actions, and are put on the net in BBC witness from both nations. India bans Pak TV which discussed actions and sadly even paraded Wing Cdr Abhinandan, but released him later.

IDF confesses all the 1200 words in this post are thanks to joining the media dots in China and India after a rich discussion on INDIA PAKISTAN RELATIONS AFTER PHULWAMA which was held over two hours on 10th April afternoon by Aspen. The audience included lawyers and businessmen who listened to experts with rapt interest and asked pointed questions. Credit also goes to Trident Blogspot to explain how missile defence works in aircraft with MAWs and Israeli and DARE DRDO EQUIPMENT and how well or otherwise the aircraft were prepared in both Air Forces for EW JAMMING, CHAFF & FLARE DISPENSERS and MISSILE WARNING. The IAF responded well to what was a planned move by Pakistan Air Force on 27th March to surprise India.

ASPEN could not have mustered a better panel and the parting words were Pakistan is unlikely to change and may cool a little which they have, and how untenable Imran Khan is where Army calls the shots and how India by having done a favour to UAE as Parthasarathy leaked, can use the Kerala connection to get UAE to use its levers on Pakistan and India must cultivate Saudi Arabia to tame Pakistan and even talk to Pakistan to please them and grow at 8%, develop India and that should go to solve the impasse. India and Pakistan have been experiencing 72 years of conflict and terror thanks to history, and need to move to negotiations even at Vice Chiefs level ex Army officer Parthsarathy said, as China moves ahead with CPEC and IOR and retains Doklam area it has which co-operation like at Wuhan could lead some day to integrated actions by both nations as India hopes to be the third largest economy by 2030. Rand Corp has also advised the same route. War may not be the answer with a nuclear over hang.

Pakistan is under economic and diplomatic pressure to rein in Terror even from UAE and China and the last one year has witnessed help from UAE for the AW-101 case and JEM suspects by extraditions, but there has been growing militancy in J&K despite Army’s Operation All-Out with Para Forces and Police with no announced Command and Control and political chaos continues with masses of CRPF brought in to throttle the uprising.

The JEM attack on the CRPF convoy in Phulwama on 14th Feb with 40 dead shocked the nation and the UN Security Council condemned the attack. India’s PM promised action possibly under Chapter 7 UN Charter of self defence and must have consulted P3 as the efforts at the UN 1267 to make JEM founder Masood Azhar a Global Terrorist were re-blocked by China, and FATF is still to black list Pakistan. PM Modi came out as a resolute leader to take on air operations after bold surgical strikes as the other route to rein in Pakistan and promises success in his next term.

So, as Trident Blogspot and reports and discussions that on 27th February morning actions suggest it seems whenever the PAF F-16s starting closing the distance gap with the Indian Su-30MKIs and Mirages, the latter started receding & both started flying away from the orbiting F-16s, thereby preventing the APG-68 MMRs achieving continuous target illumination for lock-ons. Consequently, in desperation, the PAF resorted to firing some AMRAAMs when the APG-68 MMRs achieved the only target. An F-16 got a Mig-21 flown by Wing Cdr Vartman Abhinandan who went ahead as per the discussion at ASPEN and fired R 73/77 on lock on to kill a F 16 but AMRAAM 60 mile range closing at Mach 2 seems to have got the Mig 21 turning just 4 km into Pakistan. The BOI will have details which will be technical as to where his wingman aircraft was ???

Nohawar confirmed some ordnance was dropped by PAF as media reported away from the Naushera Brigade as today’s fighter is unlikely to miss a target the U Tube reveals. In Pakistan they assume conventional parity even by a smaller Air Force can work, and some Indian commentators are unsure Pakistan’s nuclear bluff is called.

How did a MiG-21 Bison lead the flight with or without EL/L-8222 ASPJ pod get
separated if he did from winger ? And what would responses have been if more planes than the two reported were shot down? These need

Previous Post: IN INDIA THE STAMP SECRET IS USED FREELY AS OSA 1923 WAS TAILORED BY BRITS TO SUPRESS INDIANS BUT GOVERNMENTS HAVE USED THIS VEHICLE TO KEEP DECISIONS AWAY FROM THE UNIFORMED-& EVEN MOD WHO KEEP PART FILES —THE NAVY HAS SUFFERED MOST— AT FIRST THE SUBMARINE ARM NOW THE SURFACE ARM & IN THE RAFALE DEAL SURPRISINGLY AN AIR FORCE PNC IS IN THE STORM & A CHIEF IN AGUSTA-101
Next Post: ITS RAINING IMPORTED VAJRAS/777s/ATAGs/ AK-203 GUNS TO MEET CHINA WITH ALGs & 24 APACHES &16 CHINOOKs & 36 RAFALES & SU30MKIs BUT HOME BUILT NAVY’S EXPANSION IS SLOWED TO 27-PLATFORMS FROM 44 & DELAYED—CHINA’S PLA(NAVY) VOWS TO LOOK LIKE US NAVY IN 15 YEARS WHEN ITS BRI/MSR & SPACE PLANS FRUCTIFY—–XI JINPING EXTRACTED TIME AT WUHAN??