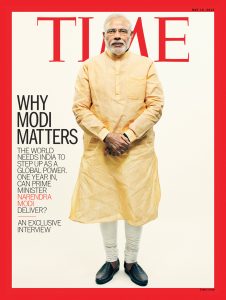 History may not repeat, but always rhymes, so this is a IDF expose, and  a historical perspective  of India’s 1991 liberalisation, not commonly researched due to lack of data and is  prompted by the  ‘Reforms’ Chapters’ by  top Economists in Rakesh Mohan’s hot selling book of essays-  “ India Transformed —25 years of Economic Reforms”.

Rakesh was the brilliant Deputy Governor of RBI and helped IDF to learn new to  Industry as Economic Adviser. The book misses  details of why India went broke.

Indians have a poor sense of history but know much of religious  folklore like  the epics Mahabhart and Ramayana. Another trait is Indians   react well  to crises with Jugad thrown in.  DEMONET with a notification a day  and GST still being sorted out, as Ex RBI Governor Rajan, son of an Intelligence expert  explains. These  are good examples where  the end aim is laudable,  but the steps to get there are with JUGAD.  So expect some liberalization as in 1991 as growth rate has dipped. Good news is Sugar is being imported for Depavali. 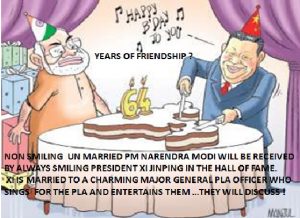 In 1991 the Indian Mission in Singapore  witnessed   Indian banks (SBI and IOB) take   short term loans from Singapore banks   to clear Sovereign bills and gold was hawked by RBI. Much has been evaded by all writers of the 1991 crisis possibly because they were the creators and by-standers and have written  about policy failures not like a wife who thinks of cash flow that  IIM(A) teaches. India had Rupees but zero FFE.

Cash flow is King and for the time being China has it,  and is spending hoping it pays back in strategic and monetary terms. China’s infrastructure is the best and most modern in the world, so it spends on BRI. India’s infrastructure is bottle neck being attended to with Jugad by one man army Gadkari. Yet India has $ 400 bill reserves. India needs a Rao of 1991.

In 1991, the duo of Drs Manmohan Singh FM and  Dr Montek Ahluwalia FS with Mr Khullar PS, rushed  to Bangkok with a begging bowl for the Annual Meeting of World Bank-IMF Board of Governors held from 15th to 17th October, also referred to as the Paris Club. They then came to Singapore where Commerce Minister P Chidambaran joined with PS Mrs Khullar  with 12 others seeking FFE investment from the Asian Tigers.

The note shows India needed $ 2 bill as standby credit from the IMF. Dr Singh had met the Finance Ministers of Japan, UK and Germany and was assured that an IMF standby loan of $ 2.2 bill over an 18 month period would be cleared by the  IMF board in New York to tide if  India under PM Rao  agreed to liberalise India.

The loan news was received in Singapore with relief. JUGAD had worked.  Soon  Coca Cola and IBM were welcomed back as signals and how PM, his PPS AK Verma and the team of FIPB succeeded is   recounted in Dr Rakesh Mohan’s book.  Verma was the lead man,  as Ex Cabinet Secretary Subramaniam explains and PM  held on to  FIPB even when Kerala’s Karunakaran demanded it as the new  Commerce Minister.

The Defence Ministry spent Rs 1.6 bill on Op Pawan (Appx $1.1 bill in FFE over 1987-91 ) led by fuel useage, allowances, weaponry  and costs in Sri Lanka  but in Parliament when questioned PM Rajiv said an Army operating for peace abroad, costs same as in India. In IDF’s book Indians ‘Why We Are What We Are’,  the ball park  costs of Op Pawan are  listed. Such a study was done later,  by Harvard for USA’s  costs of operations in Iraq and Afghanistan and to Pakistan but US Government disregarded it. Governments have to lie at times and IDF has posted FAKE NEWS study. The  reasons why India’s FFE  went down  so swiftly are less researched. 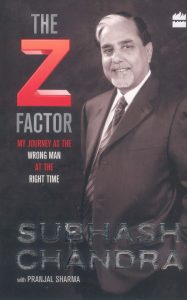 It was profligate spending by the Congress led Rajiv Gandhi Government in majority, on  OP PAWAN (1987-91) spliced  with  scandals in Defence and Oil contracts with Col Sahi in ONGC spending  abroad.  Majority Governments get over confident in Democracies and if they brook no opposition,  it can be heady, tending to Dictatorship for what they wish to achieve by any means. PM Rajiv fell in to  that  trap with his Doon friends, an accidental PM who was good rum enjoying Avro Pilot in IA was catapulted to the top. Brother Sanjay had died and Mrs Indira Gandhi was assassinated.

The roots of ordering and spending 1986-1990, besides OP Pawan  with HDW, Bofors, Migs and INS Viraat with Sea Harrier planes and TU-142 planes and submarines (India’s rose to 20 with INS Chakra) were  never totted up in money and policy terms. It was profligate spending and  subservience to the Prime Minister also India’s Defence Minister, and his  powerful  Deputy Arun Singh who resigned in disgust  and the ambitious  Gung Ho Chiefs Sundarji, Tahiliani and La Fountain and the Doon brigade.

No bureaucrat tried to control and late Defence Secretary Shashi Bhatnagar and oil sharks played along pretending Defence Agents were being banned and Bofors scandal followed,  to bring Rajiv and Congress down.

Stories are now coming out how favourites imported computers and electronics and used up FFE and exported to the Soviet Union to collect Rupees in India and reap huge profits.  Tavleen Singh unravels some  in Durbar. Another revelation is how Rice exports, Parmal calling it Basmati at basmati prices was exported to Soviet Union  by a Mumbai named Kashmiri and later honestly by  Zee owner now an MP who confesses  in his outstanding book THE Z FACTOR that   Rajiv’s aide a Dhar and one Brahmachari facilitated. The book is a must read, and  the review reads.

“Subhash Chandra had a humble beginning as a villager and started his work life with a mere Rs. 17 in his pockets……….Presently he is the owner of an empire worth billions, his inspiring story and all the important facets of his life have been documented in the book ‘The Z Factor: My journey as the Wrong Man at the Right Time’

VP Singh as Finance Minister could not tolerate it for too long.

Indians have a religious and cultural fit of KARMA for what history is. In the Babri Masjid case,  Ram they are sure was born on that exact Latitude and Longitude,  is a sterling example.  Hindus in majority have faith in  Hindu Ram Rashtra to deliver a powerful India. They are the majority vote bank too and influence politics.

Claude Arpi’s piece, “MEA Babus Need To Get Back a Historical Division in MEA ”, explains it  was closed down due to shortage of staff.  Ex NSA  Shiv Shankar Menon recommends its revival. Historical back drop  helps in negotiations and policy formulation and was used to face the aggressive Chinese in Doklam as Chinese  misquoted  the Imperial  1890 British  border agreement of Tibet which holds no water, as it was overtaken in 1904 and 1914.

Thanks to PM Modi’s firm stand and NSA FS and India’s Ambassador Vijay Gokhale (who may change with one in Pakistan’s as media rumours) researched Bhutan’s agreement with India and others and China has relented without committing if its troops are back in Yatong or still in Chumbi valley. India’s ARC planes can detect and report.

In 1962 poor historical map reading of the Mc Mahon line in Delhi to please Pandit Nehru led to the first Chinese attack from Thagla Ridge to Namka Chu to wipe out the Rajputs.

The Indian Armed Forces  also lack  a historical set up to approach,  as there is  no release of documents of operations and wars by the Government. Henderson Brook’s report and wars are blocked by MEA.  The records of the British Regiments’ diaries and RIN  Navy’s Ships’  Books show how meticulously history was recorded by them. Yet British did not give credit to Indians in the Navy in their WW Two histories..

Cmde O Johnson was deputed thanks to Adm Awati from the Navy’s Maritime History cell’s  funds  to Greenwich to record the deeds of the Royal Indian Navy’s (RIN) and contribution in World War Two, which were intentionally suppressed by British Historians. Soman, Karmarkar and  Krishnan’s decorations for gallantry   and small HMIS Bengal’s heroic  sinking of two Japanese  armed merchantmen Raiders with one 4 inch gun were ignored, now documented. Shan No Varuna if any one reads IDF !

Previous Post: BRITS RESERVED NEWS/CURRENT AFFAIRS & EVEN SPORTS FOR AIR & CONTINUES AS FAKE NEWS PROPOGANDA WORRIES GOI—COL RATHORE IN SPORTS/I&B MUST UNSHACKLE SPORTS TO PRIVATE FM FOR YOUNG BUDDING SPORTSMEN AND SPORTS AFICIONADOS- HE ASSURED HE WOULD TRY AT USI.
Next Post: WHAT WAR ON TWO FRONTS ENTAILS – IS NAVY WITH 67,000 & 134 SHIPS AND IAF ON SAME PAGE OR NEEDS TWO NAVIES — WILL USA & JAPAN SUPPORT WITH INTEL CYBER & MARITIME & SATLLITE RECONNAISSANCE ? A LA MALABAR