Indians as a trait  react well  to crises with Jugad thrown in. Today there is no money crises but a Religious divide which needs research as Have Hindutva majority are being challenged by the have nots. The gap is showing and needs minding.

In that vein  this is an IDF research, of how Profligate spending by the Congress led Rajiv Gandhi Government in majority, was the cause India went for  broke for FFE in 1991 and  went begging to IMF for a $ 2 bill loan which was sanctioned. Op Pawan was a large contributor to the crisis, not researched and why FFE  went down  so swiftly.  Majority Governments get over confident in Democracies and if they brook no opposition,  it can be heady  tending to Dictatorship. 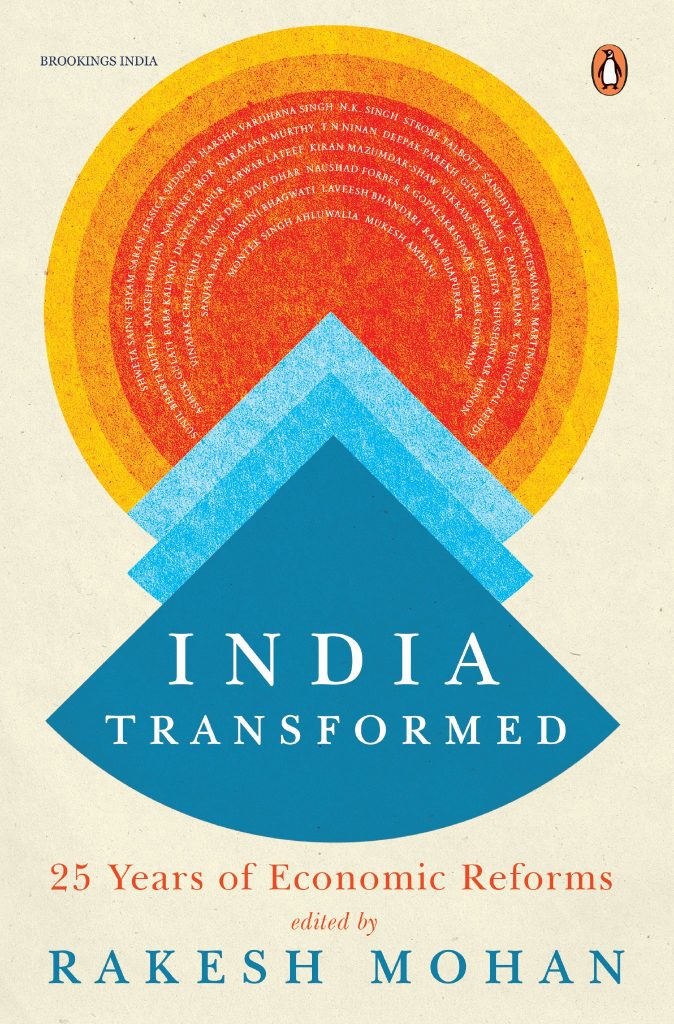 PM Narasimha Rao (Singha The Lion) led his  team from the ‘Bridge Top’  with his Navigational team (PPS AK Verma & PMO with FIPB,   and two Ms- Manmohan and Montek )  to liberalise India’s economy in 1991.

The roots of spending 1986-1989 were  never totted up in money and policy terms, with profligate spending and  subservience to the Prime Minister also India’s Defence Minister, his Powerful  Deputy Arun Singh and the ambitious  Gung Ho Chiefs Sundarji, Tahiliani and La Fountain and the Doon brigade.  Tavleen Singh unravels some  in Durbar.  VP Singh as Finance Minister could not tolerate it for long.

History may not repeat, but always rhymes, so this is an  IDF expose, and  a historical perspective  of India’s 1991 defence happenings , not commonly researched due to lack of data and is  prompted by the  ‘Reforms’ Chapters’ by  top Economists in Rakesh Mohan’s 25 years of essays  in his  book “ India Transformed —25 years of Economic Reforms”. This is also a personal thanks for help he gave while being Adviser in Commerce Ministry  to guide this naval retiree what projects would succeed to transport from USA, raw to shipping. 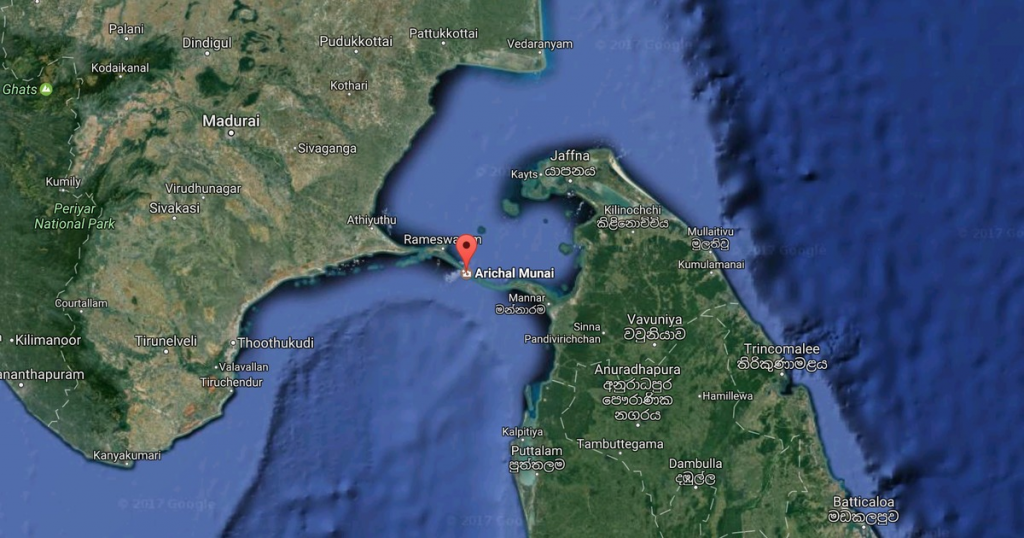 Indians are more steeped into Vedanta and religion with a poor record of research or history or going to the root of the problem  Indians have a religious and cultural fit for what history is, and the Babri Masjid case that Ram was born on that exact Latitude and Longitude is a sterling example.

Claude Arpi’s piece, “MEA Babus Need To Get Back a Historical Division”, which was closed down makes sense and Ex NSA  Shiv Shankar Menon recommends its revival. Historical back drop  helps in negotiations and policy formulation and today it is  needed to face the aggressive Chinese claims China makes in Doklam. China  misquotes   the Imperial  1890 British  border agreement of Tibet which overtaken in 1904 and 1914.

The Indian Armed Forces  also lack such a historical set up as there is  no release of documents of operations and wars by the Government.  The records of the British Regiments’ diaries and RIN  Navy’s Ships’  Books show how meticulously history was recorded by them. Cmde O Johnson saw it when the Navy’s Maritime History cell funded his trip to Greenwich to record the deeds of the Royal Indian Navy’s (RIN) and contribution in World War Two, which were intentionally suppressed by British Historians. Admirals  Soman, Karmarkar and  Krishnan’s decorations for gallantry   and small HMIS Bengal’s heroic  sinking of two Japanese  armed merchantmen Raiders with one 4 inch gun were ignored. 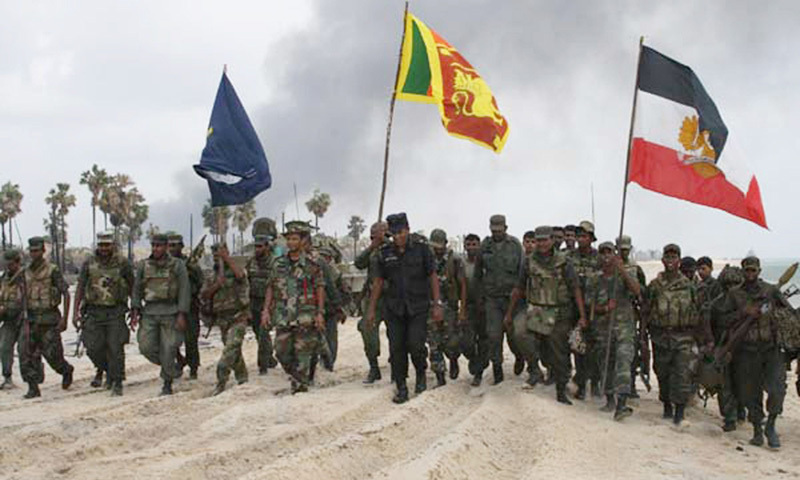 In the same way  the more real reason why India went broke by 1991 with no FFE was witnessed  by IDF when  Indian banks (SBI and IOB)  in Singapore took short term loans  to clear Sovereign bills and gold was hawked by RBI. This has has been evaded by all writers of the 1991 crisis possibly because they were the creators or by standers and have written about policy failures not the importance of  cash flow that  IDF learnt in IIM(A).

India’s current  FM and RM is a brilliant lawyer. He boats of  a  reserve of $ 400 bill  and has imposed 28 % GST and Economists will have to predict long term affects.

To IDF’s  mind with  PM’s election promise to  give Rs 1 lac to every poor from returning Foreign Black Money and opening of  bank accounts PM said  Demonetisation will make life better for the poor but with dearth of jobs and OROP and raise in Government salaries the poor and uneducated have  got left behind. IDF got pension raise of 40% but disbursed 10 % only to staff.

This has raised a Urban and rich versus Village and poor divide and anger has been swelling. It appears  for political victory the 70% Hindutva, BJP, RSS, Bajrang Dal  and VHP and Hindu Gurus have got favoured even for posts and Non-Hindi speaking 30% of Southerners  and elsewhere do not follow  Man Ke Baat in chaste Hindi and are disenchanted.

The followers of Gurmeet Ram Rahim Singh Insan  possibly belong to that disenchanted  category, and they made Hinsa in Panchkula. Bureaucrats are  disuaded from  playing  golf and while BJP in the centre and State Governments put up lavish shows with political overtones others are discouraged. All this needs research not off the cuff TV shows and as most agencies seem politicized as Haryana Government and Police showed the Military must be kept secular especially the Navy where first lecture is there is no caste no religion and we are one. This leads IDF back to goofed up Op Pawan with loss of 1450 Army souls !

On Op Pawan Economists have neglected that  it was the spending cost of Op Pawan, and  profligate Defence buying for Bofors, ammunition, Hermes(INS Viraat), 10 Submarines and 8 TU-142 and Sea Harriers that added to the crisis.

Under Col Sahi of ONGC   drilling rig imports and rising price of oil added, and Rajiv Gandhi favoured Italy’s Snamprogetti for pipelines. India  saw the FFE payments spiral in 1990. India’s friend  Soviet Union was tottering and these were the  ‘raison de etre’  why India went broke.

No bureaucrat could control PM/RM Rajiv Gandhi  and his aide RRM Arun Singh who on realization, broke away over Bofors and Defence Secretary Shashi Bhatnagar and oil sharks played along pretending  Agents were being banned as the Doon boys pressure was strong and gained (Durbar).

In 1991, the duo of Drs Manmohan Singh FM and  Dr Montek Ahluwalia as Finance Secretary, proceeded to Bangkok with a begging bowl for the Annual Meeting of World Bank-IMF Board of Governors held from 15th to 17th October, also referred to as the Paris Club.

India needed $ 2 bill as standby credit from the IMF. Dr Singh  met the Finance Ministers of Japan, UK and Germany and was assured that an IMF standby loan of $ 2.2 bill over an 18 month period would be cleared by the  IMF board in New York to tide India under PM Rao  who agreed to liberalise India. The loan came and Coca Cola and IBM were welcomed back and how PM his PPS AK Verma and the team succeeded is well  recounted in Dr Rakesh Mohan’s book.

The Defence Ministry spent at least  Rs 1.1 bill on Op Pawan but in Parliament when questioned PM Rajiv, he  said an Army operating for peace abroad costs same as in India. In IDF’s book Indians why we are What we Are Costs,  of Op Pawan are listed and such a study was done later by Harvard for US costs of operations in Iraq and Afghanistan but US Government disregarded it. Governments have to lie at times but research is research and a war for India or China will be costly. History teaches lessons.