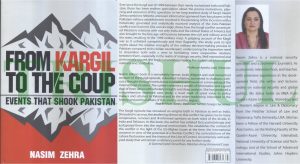 IDF repeats history repeats itself in current conditions, and Winston Churchill said, “History is invariably told by the persons who write it”. Churchill a former Military officer served in India and still owes the Bangalore Club a bill of Rs 13 ( worth Rs 5000 today) shown in the club’s foyer, went on to write the history of the World War 2 in six volumes to win the Nobel Prize. He had access to all records and also wanted to glorify Britain and to learn lessons.

On his death, Churchill was nationally honoured equal to Vice Admiral Horatio Nelson, 1st Duke of Bronté, born on 29th September 1758 who died on 21th October 1805.

Nelson’s fleet engaged the Franco-Spanish fleet in the famous Trafalgar naval action, Britain’s greatest naval victory which led to its rise, but during the action, Nelson, aboard HMS Victory was fatally wounded by a French sharpshooter. His body was preserved in rum, and brought back to England and accorded an honoured state funeral after his casket was sailed up the Thames for millions young and old along the river to salute their hero.

Admiral Nelson secured his position as one of Britain’s most heroic figures whose statue adorns the Trafalgar Square. On the 200th Anniversary of Trafalgar his casket was sailed up the Thames in London by the Royal Navy to honor him and few million including IDF witnessed the pride of the British over their victory over the French and the Spaniards.

Recently US Senator John McCain died, who could not lift his hands to comb his hair, a naval aviator became a military hero after 5 years in prison in Vietnam and was tortured. He entered politics on return to support the military in the Senate for five terms from Arizona. McCain’s casket was honoured all over USA and finally laid to rest at the Naval Academy in Annapolis his naval alma mater. This despite, that President Trump hated McCain, who had said Trump should not be invited to his funeral. Trump was not there with other Ex Presidents. 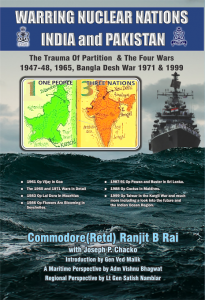 Such is democracy and respect for military heroes abroad and their word honoured. Less said about India where ECHS and OPRP flounder not fault of the serving but as politicians do not appreciate their military as they are not glorified and media looks for the 1 % black sheep to silence the 99% amazing men and women. It is a national disease that needs remedy.

This made IDF think of Field Marshal Hormusji Framji Jamshedji known as Sam Bahadur India’s legendary swashbuckling military hero. Aged 94 Manekshaw, who was ailing passed away in Coonoor on 26th June, 2008 acknowledged as the ‘pied piper’ of the victorious 1971 war in IDF’s book with tales about him.

As Chairman Chiefs of Staff Committee in 1971 Sam forcefully acted as the de facto Chief of Defence Staff (CDS we still lack) by dint of his personality and courage. He gained access to Prime Minister Mrs. Indira Gandhi, which paid handsome dividends to win the war in the East and Bangla Desh was born. No Chief, no politician or VIP from Delhi went for his low key funeral. No one commented on this, as UPA Government did not want anyone to attend. Defence Minister and Chiefs could have flown to Coimbatore in IAF VIP planes, helicoptered to Coonnor, and attended the ceremony and been back in Delhi like PM does almost every other day and clears files in the plane. Was military scared of annoying the Government ????? FOC-in-C South represented the Navy from Cochin.

Many books have been written by authors on India’s wars including one by IDF (See photo) but true history comes out when the Government releases its war dairies and Government’s official notes for research, after a time. It is then researchers can tell the public what happened and why we blundered in 1962, and why Navy was left out in 1965, and Marshal of the Air Force Arjan Singh was given hours notice to assist the beleaguered Army and why the actual delay in responding to the Kargil incursion in 1999. The books written as Churchill said is history by who writes it, but Churchill referred to records and had ordered all his staff to obey his orders immediately, but ensure to put it in writing within 24 hours with his signature.

In India it is different. IDF has explained how late K Subrahmanyam has written he went to interview former PM Vajpayee and ask about India’s nuclear bomb history as much was word of mouth, as even John Abraham’s researcher shows in his movie Razzi too.

PM Vajpayee told Subbu Sir, as Uday Bhaskar his aide called him, that he had told all to PM Dr Manmohan Singh who must have written it down so PM Modi, India’s De Facto CDS and NSA who shares responsibility is well informed as India blossoms as a nuclear power with US support.

A young Phd scholar worked on Nuclear Submarine history helped by PN Haskar’s papers and few achieves has researched, but did major work in USA with access to US and translated Russian released documents, that he could not in India. It also helps Intelligence too to keep abreast.

IDF was commissioned to write chapter titled the History of the Royal Indian Navy (RN) and Indian Navy’s (IN) in the voluminous British book Trafalgar to Dreadnought –Comment and Debate of 100 years of Naval History including on Daughter Navies which RIN was.

The chapter was reviewed and IDF was asked to quote, time , date and place on every quote IDF had listed. It was difficult in India but IDF was provided five days in Oxford to annotate the chapter with help of very qualified Librarians connected there and learnt what Military research is about official documents and not personal stories. 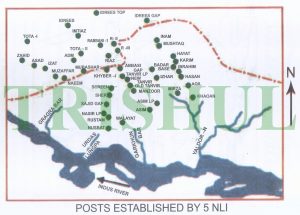 India’s Ancient Official Secrets Act of 1923 is draconian. It was applied to a Signals Maj Gen who was in RAW and unleashed matters on equipment purchases but never to those insiders who write too !

In that vein no Indian Government including the present which lords over policy for India to be a power to reckon with, has should release files, archives on India’s wars for researchers to write objectively and educate young military and bureaucrats and politicians, for war preparations. The internal and external Security of the Nation is the first duty of the Sovereign as per Chanakya to safe guard wealth given in Artha Shastra.
Bushido Principle advocates that lying is deemed cowardly, and is regarded as dishonorable, so to learn lessons accept and tell the truth before it is too late ! It is Kosher.

This raison D’être has enabled Zehra in Pakistan to tell the world that the 1999 Kargil war was a political and military blunder that Army Chief Gen Musharraf and his Chief of General Staff and ISI Chief foisted on Prime Minister Nawaz Shariff and the Cabinet with ‘prayers of success’, at every meeting. 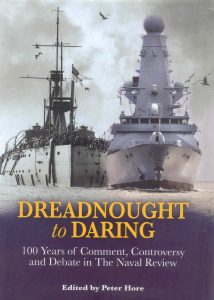 When Musharrarf was found out Nawaz Sharrif wanted him sacked but Musharraf ousted Shariff in a coup described in the book.

At Lahore speakers at the book launch emphasised the need for learning a lesson from Kargil which they said was a blunder committed in isolation (without consultation with other institutions) in the country and without anticipating the world response to it. A few Pakistan generals planned it. PM Sharif also went to Washington without consulting to settle the issue with President Clinton in a one-on-one meeting on 4th July and the book emphases it is the time for Pakistan to learn from mistakes and jointly bring the country out of choppy waters without indulging in the civil military politics any more. This was the nutshell of views expressed by the speakers at the launch of ‘From Kargil to the Coup’.
India too has its own civil-military battle currently on 36 Rafales ……what was the IAF role in the price from it’s budget being questioned in media and RM saying it is classified. AW-101 Helicopters also taints military till truth is outed. Shan Na Varuna.

Previous Post: HOW VULNERABLE IS INDIA TO CYBER WARFARE ATTACKS IS THE CHALLENGE FACING NATIONAL SECURITY PLANNERS.
Next Post: WHAT YOU SHOULD KNOW ABOUT INDIA’S UNDERWATER NUCLEAR CAPABILITY NOW THAT PM MODI HAS ANNOUNCED INDIA HAS COMPLETED IT’S TRIAD & SECOND STRIKE IS OPERATIONAL