This is an IDF tribute and obituary to an amazing soft, Hindi speaking bachelor, Ambassador Alexander Mikhailovich Kadakin ( Александр Михайлович Кадакин ( 1949 – 2017) who served as 3rd Secretary in the Soviet Embassy in Chankayapuri when IDF first met him in 1974.

Kadakin and IDF were nominated liaison officers for legendary Admiral Gorshkov’s long visit to India. IDF was his LO for the second time by his request, having learnt a little Russian from Jounalov in NDA and later Madam Pavalov, and helped him socially steer his way. 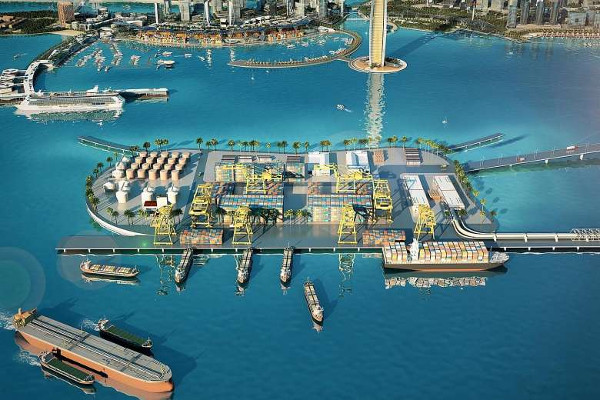 The legendary Admiral nicknamed IDF, ‘Stoorman’(Navigator). On landing in an IL-83/86 (?) the airport Customs wanted to inspect Admiral Gorshkov’s luggage. That was avoided, to Kadakin’s relief who was in panic as the team refused to part with the keys. It was Soviet times, and Dadagiri of customs was in full bloom those days !

Gorshkov had come for high level discussions and to inspect the progress on the largest Dockyard in the East, being built by Soviets for the Indian Navy at Vishakhapatnam. Today nuclear submarines are built in a classified area Gorshkov had planned, and they operate from the very congested mercantile port and narrow channel.

Gorshkov had suggested shifting the yard to a Greenfield in Bimiliptanam which Russians hasd surveyed where Navy now has a Marcos base. NHQ said it did not have a sanction or the budget. Kadakin always asked IDF to speak in Hindi he was learning, so many hilarious moments emerged when Gorshkov was introduced to IDF’s wife and she asked Gorshkov why he had not brought Mrs Gorshkov and invited her. She came next time and IDF and wife were their Liaisons for a memorable visit. 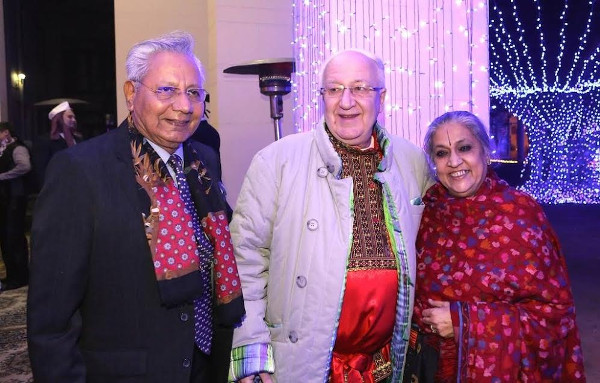 Kadakin never forgot. He was a very busy Ambassador but even facilitated a visa to Moscow and St Peterborough for IDF’s family overcoming objections by the Embassy three years ago. The visa section demanded a booking in expensive hotels and not the cheaper apartments IDF had arranged. Kadakin told his Counselor there were 600 Indian Navy in Russia for Vikramaditya they had stamped visas, and IDF is former Navy.

With great sorrow Kadakin passed away on India’s Republic Day 26th January. Kadakin was 67 same age as the Indian Republic and IDF last wished him on 13th January when the Embassy celebrated Russian New Year. India and Indian Navy has lost a true modest friend, as memories rekindled when IDF signed the Obit Book in the Embassy, where hundreds lined up.

Indian Navy would not be what it is today if it had not had the support of Admiral Gorshkov from the mid 1960s when India was sanctioned by the West and USA tilted to Pakistan.

Gorshkov admired how operationally, Indian Navy used short ranged Osa class boats for the 1971 missile attack off Karachi in two operations. Not a single missile, ably maintained for the first time by IN officers and men failed.

Gorshkov made sure Indian Navy swiftly became three dimensional with latest Soviet supplied warships, Foxtrot submarines and aircraft in numbers , and did what no nation did then, that is to give missiles, a nuclear submarine on lease and nuclear propulsion technology on long term loans, which India renegotiated to its advantage when Soviet Union and the rouble collapsed. Kadakin and Indian Ambassadors in Moscow were part of the journey paved by Gorshkov. 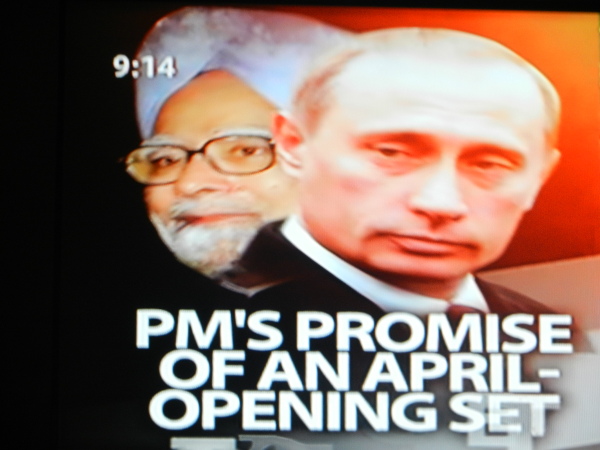 “But the largest share of credit for laying the foundation for Indo- Russian naval cooperation belongs to Admiral Gorshkov. He intervened adroitly at every impasse. His calibrated release of larger better and more modern ships, submarines and aircraft were not only in step with the larger objectives of the of Indo Russian political economical defence cooperation but also in step with his growing confidence that the Indian Navy would cope with what ever Russia gave”.

Veterans of the Indian Navy can take a bow and IDF salutes them too as many interacted with Gorshkov and Kadakin. The truly powerful Navy today despite shoe string waxing and waning budgets, is a Navy silently guarding the seas today with bigger challenges faced by an ambitious and aggressive China already succeeding in its Weiqi (GO) game of surrounding Pearls, and in Maritime Silk Routes (MSR) with bases or owned berths in Djoubiti, Humbantota, Gwadar and Ormara coming up. China has become the world’s fastest and most economical and efficient infrastructure builder in the world, with reverse engineering. Indians love to innovate !

China has received a contract from Malaysia to built up a $ 14 bill Melaka port ( see Artist’s view) in the Malacca Straits which is called the Melaka Gateway joint venture as part of a wider port alliance between Kuala Lumpur and Beijing to increase bilateral trade and boost shipping and logistics along China’s much-vaunted Maritime Silk Road. This China’s foray step will possibly ease its , ‘ Malacca Dilemma’, which world gloated over, and democratic Nations structured in their strategies to block, including the Indian Navy. 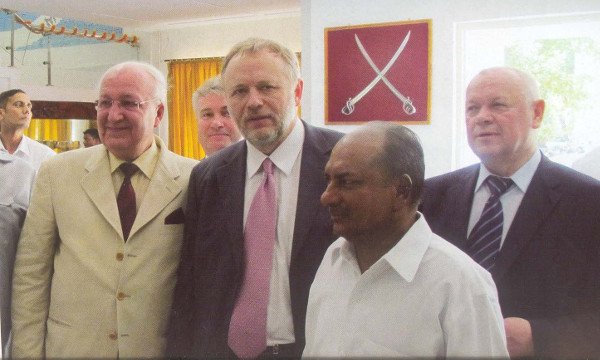 Only few remember the role of the ‘cog in India’ who greased and supported and continued the legendary Admiral’s dream. It was India’s friend (Drrug) Alexander Kadakin and for the challenges in the Kundakulaum nuclear power projects, when vested interests tried to block.

After few years in New Delhi as a junior, Kadakin later served in Nepal next door (1993–1997) and Sweden (2005–2009) as Russia’s Ambassador before India, where he served twice ( 1999-2004 and 2009-17). Kadakin worked to support India-Russia friendship but always attended to the Indian Navy’s matters as the longest serving Ambassador in the Russian Embassy for 16 years. Few in the nation and today’s Government and the Indian Navy remember or know how much Kadakin silently contributed to the rise of the Indian Navy and going nuclear and patiently negotiated to ensure India gets an aircraft carrier Gorshkov.

Admiral Gorshkov is presently more known as the former name of the 44,000 ton aircraft carrier that India acquired free from Russia and the Indian Navy has renamed INS Vikramaditya. It was received by Kadakin as was INS Chakra 2 with Capt Terenov, whose books Kadakin presented IDFand met Terenov. With Arihant and Vikramaditya in Indian Navy’s ORBAT as powerful additions with its complement of 12 MiG 29K multi role air dominance fighters and Kh -35 missiles it has changes the balance of power in the Indian Ocean. All great powers need a great Navy, Kadakin used to say.

This posting is a tribute to Kadakin for the negotiations despite IAF objections when Russia came under fire when the Vikramaditya ‘s cost escalated to $2.3 bill. IDF asked Kadakin, “Sir how has the price jumped ?”. He replied, “ Stoorman, Indian Navy only asked for a girl in a hurry, but now they want the prettiest girl” and walked away.

IDF always treated and respected him as an Ambassador and after warmly receiving my wife and me at functions, he would walk away to receive the VIP guests he knew by name and escort them to the special enclosure at every reception, asking his Secretary to keep an eye, that we were looked after. A thoughtful person as his position never went to his head !

Kadakin was a Par Excellent diplomat who was posted in a difficult nation to deal with ‘argumentative noisy politicians’, now hoping USA’s Trump and Russia’s Putin will hold hands to quell aggressive China and tame Pakistan. That may take diplomacy back to Cold War days.

USA and Russia dearly covet reconciliation between India and Pakistan to do business which is an Oxymoron, but temperatures can be cooled only if Line of Control (LOC) becomes an international de-facto boundary that UPA government under PM Manmohan Singh planned with President General Musharraf with USA’s nod, now a non starter.
PM Modi rightly says Pakistan must give up et India’s POK, and like Trump , both want to make their nations’ great. IDF asks has Hafeez Sayeed been arrested in Pakistan to please USA ?

For the present India’s neighborhood could become more unstable with some Muslim nations have been ostracized by USA.

Indian Navy and Coast Guard must gear up for peace time maritime challenges , and not forget 26/11. India’s intelligence and Police has to ripen. Shan No Varuna. Bande Matarom.