IDF feels more maritime Arbitrations may follow, but this post is more on China’s LONG TERM STRATEGY on South China Sea involving Taiwan’s Taipingdoa island’s EEZ which has failed for the time being. ITLOS has called all islands in its 12TH Jul judgment above high water ROCKS only entitled to 12nm Territorial sea. What a master stroke of judgment and who will implement it is the Catch 22, to avoid conflict ? 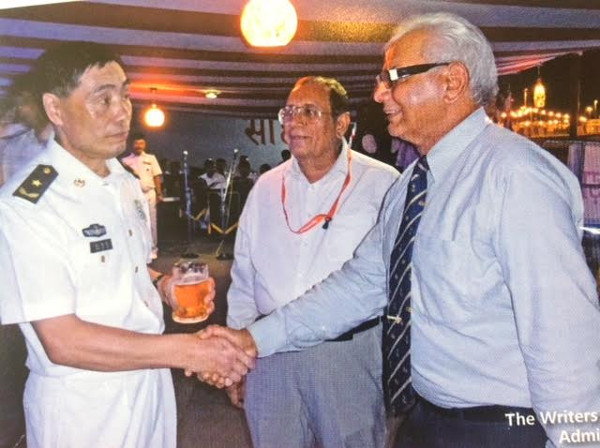 Nation’s strategies including India’s are for Maritime Resources with Geo- Eco-Strategy moves in this century of Maritimization. India wants Kachiteevu back on historic grounds from Sri Lanka given in a treaty with riders on fishing nets pending in Supreme court. It has a pointer.

India lost valuable EEZ to Bangla Desh as it did not settle on good terms so Bangla Desh won a bit more in PCA Arbitration it dragged MEA to. Russia wants Arctic, Argentina wants Falklands and Pakistan wants Sir Creek which India will not settle on the sea based median line (as land boundary pillars are missing) till Kashmir is resolved.
There is a finding on each island in nine chapters and award is a primer for courts dealing with EEZs, Islands and Rocks defined in UNCLOS 1982 and has amplified Continental Shelf claims with articles listed. Many issues on EEZ ARE SETTLED and Ministry of Earth Sciences which looks after UNCLOS matters, and not Navy or Coast Guard must take note as we have no MARITIME ADMINISTRATION OR MSA. Many bright retired Admirals could serve this cause with expertise ! 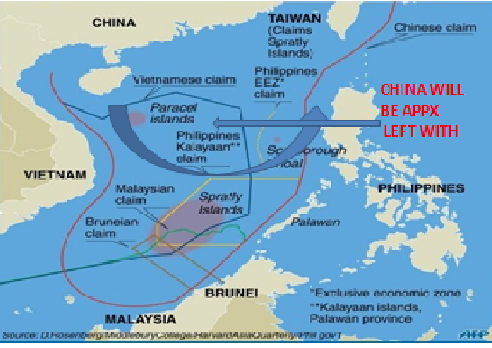 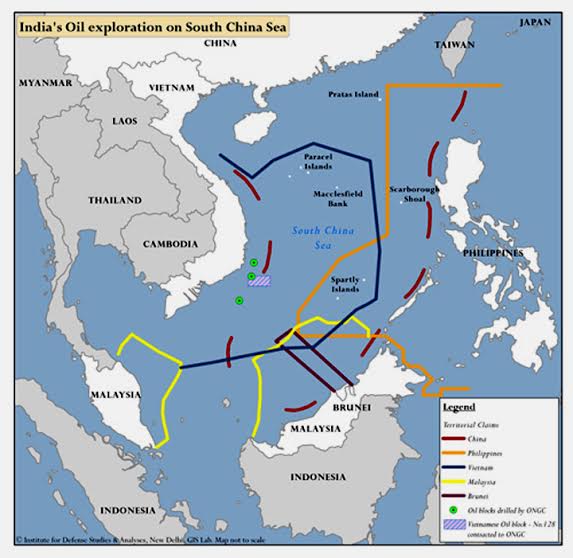 ITLOS labels Ibu Ata a rock which gives it just 12nm Territorial sea. China and Taiwan were banking on it being an island and would have got 1.2 sqnm EEZ out of 2.4 it claimed and was their aim analysts say. China did not join the proceedings and Taiwan was not allowed to, not being a UN member. Only Japan, Malaysia, Thailand, and Vietnam were allowed small delegations as observers. Hence China does not accept the award and Taiwan and China may co-operate. Taiwan has come in support of China’s claims. Tension will follow. No body wants war.
China has sent a warship in to the South China Sea to give a message it is not fazed, and US Navy too. China threatens an ADIZ to show force. Indians must know that a week ago Chinese Defence Ministry spokesman Yang Yujun assured Indian naval ships free navigation as it wants reciprocity in Indian Ocean Region for its ships and submarines which will come to Ormara and Djoubiti more often to get foot prints in its String of Pearls .

China asked Philippines to come to talks sans USA earlier this month aware of the award, and hinted to ASEAN states involved to come to the table to DELINEATE and share EEZ as per Article 59 of UNCLOS 1982 quoted below.
“Art 59 of UNCLOS is the basis for the resolution of conflicts regarding the attribution of rights and jurisdiction in the exclusive economic zone and states, In cases where this Convention does not attribute rights or jurisdiction to the coastal State or to other States within the exclusive economic zone, and a conflict arises between the interests of the coastal State and any other State or States, the conflict should be resolved on the basis of equity and in the light of all the relevant circumstances, taking into account the respective importance of the interests involved to the parties as well as to the international community as a whole “.

China has an understanding with Vietnam through the Communist parties and Cambodia and Laos have deserted the ASEAN Code of Conduct of Parties. Brunei, Malaysia, and Indonesia with minor claims are unlikely to go to ITLOS. China has economic and nuclear military maritime power and export of submarines and ships to Pakistan and now Nigeria with F91 and P256 Corvettes , and Pakistan supports China.

No body is analyzing how the ruling will be implemented and that needs living with and understanding how Chinese Strategists work after 100 years of humiliation and wowed, ‘Never Again’. Chinese are clear they will claim their rightful position alongside USA through nationalism which it has demonstrated to rev up its economic and military power. Maritime power has been built up over 15 years as it takes time and needs meticulous planning, producing 20 ships and submarines a year like Germany after losing WW1 and Adm Gorshkov did for Soviet rise.

As an aside. China works with alacrity and, ‘long term strategies in view with a clear aim,’ in its negotiations and purchases. A supplier nation said Indians who are cost conscious not quality, pay Rs 1 and want Rs 2 worth in quality . Chinese when quoted 2 roubles say, “ We will pay you 4, but give me the goods in half time and best quality and all documentation before hand “. China bought up Russian technology and hired Russians when Soviet Union broke and went broke in 1990. India was broke too. Russia gave India an aircraft carrier free, looking for work and two Akulas, one INS Chakra with Indian Navy since 2012. K-322 Akula Cachalot is being refitted for some reason. 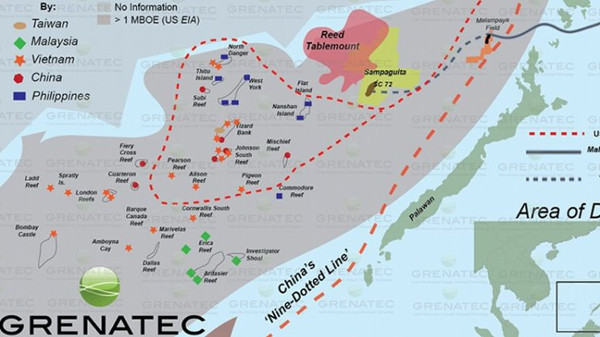 When Amb Kadakin was asked why INS Vikramaditya ( Ex Gorshkov ) cost twice the quote, he replied in jest. “ India signed a contract to get a girl, but later for the same contract cost it wanted Russia’s prettiest girl and got it”. Indians work in that fashion. The Brahmins are smart !

The question IDF tables is will China prolong the legal debate by invoking “Article 298’s optional exceptions to applicability of section 2 as a military matter over Taiping if Taiwan co-operates..

“1. When signing, ratifying or acceding to this Convention or at any time thereafter, a State may, without prejudice to the obligations arising under section 1, declare in writing that it does not accept any one or more of the procedures provided for in section 2 with respect to one or more of the following categories of disputes: Shan No Varuna.

Previous Post: VARUNASTRA IS THANKS TO NAVY’S TESTS OF SET-65E/53 & ITALIAN A244 & SUBMARINE’S TEST 71 AND GERMAN SUT-B TORPEDOES DESPITE THE JUGAD IN MOD -THE WAY INDIA RUNS
Next Post: NAVY’S ALL WOMEN CREW SAILED 5000 MILES IN SAILBOAT MHADEI- CONGRATULATIONS NAVY AND FELICITATIONS TO ADM M P AWATI (retd) WHO EGGED CHIEFS TO PURSUE ROUND THE WORLD SAILING