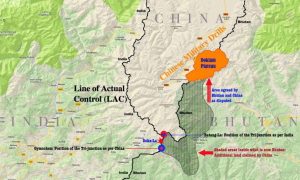 Briefly this post is an Analysis on  ‘Strategic Thinking’ for India which  is defined as a  thinking process applied by an individual or  group with the aim  of achieving success in a game, business, endeavours, foreign policy  or goals in war and peace.  Strategy is steered like a ship’s course,  and corrected along the way as currents and tides will cause drift, but the course is always clear to the ship’s Captain and the  key crew members,  to avoid collisions or grounding.

It was Rand Corporation’s George Tannan who said Indians do not have Strategic Thinking in their ways. It upset many as Khushwant Singh said Indians can criticize but do not like being criticized.

Late  Gen K Sundarji in Singapore   over noggins discussed this,  and in the   Chapter on Op Pawan written  in  Indians Why We Are What We Are,  it was made clear  that Rajiv Gandhi as Prime and Defence Minister ordered Indian Army at short notice  in to Sri Lanka as a Tactical move. There was no joint military  appreciation that Staff  Colleges teach,  or clear strategy in his mind.  Distracting from the Bofors Scandal was on his and his clever Doon aides minds.

Many agree Op Pawan  was an escape for  Bofors Scandal   and RAW in control of Sri Lanka affairs had tactical plans different to military thinking and an unclear  Ops Order.  The  troops swiftly  deployed by sea and air with tourist maps.  RRM  was Arun Singh,  later  fell out with his   friend PM Rajiv.

Over 1987-91  in  Pawan Army sacrificed around  1400 souls, and   asked to leave by a wily Sri Lankan leader. History is a teacher too,  and the papers in MOD and PMO have not been released to learn lessons. Is no one  interested  on the strategic aspects of that Military Foray to prove George Tannan right or wrong  ?!

No General in India will ever refuse a Tactical order, even politically ordered  to go to  quell Jats or join Police in terror ops with no clear command and control or  big–  to go to war.   Field Marshal SF Manekshaw  was a rarity. CNS Admiral Vishnu Bhagwat bucked the Government in  1998 by  disrupting the  maritime Operation Leech,  that the Defence  Minister was pursuing for political ends.  Bhagwat was sacked. Navy chiefs had  less ‘Patti’—clout. . Not so now. It’s a Maritime  Century and Indian Navy is doing well by standards of India. Navy Chief has Patti.

Ex COAS  Gen K  Sundarji conceded  more endeavours were failures  due to lack of strategy and even BJP is prey. Sundarji wrote  a bio-pic political novel titled,  ‘The Blind Men of Hindoostan’ on how  India is run.  The dedication is pledged, ‘To Arun Singh and all those colleagues in frustration, whose attempts to make the Government of India institutionalise the planning of strategy failed’. Has it changed ? India today is a bigger and stronger power and tactics alone may not work.

There is a   need for the BJP – RSS  government,  to hone  Capacity and Capability of the Armed Forces jointly and lay out and spell the strategy in confidence of what is expected of the Military on the long un settled  land borders and in the IOR and Asia Pacific as India’s nuclear maritime reach is now in the Omani port of  Duqm and Iran’s Chahbahar.

Prime Minister Narendra Modi almost a four year  ‘One Man Show’, (FM is unwell) has  firmed up plans towards building strategic assets in South  Agalega in Mauritius and Assumption islands in Seychelles which is still to be ratified, but work is afoot to tactically match China’s  Necklace of Ports in the IOR. 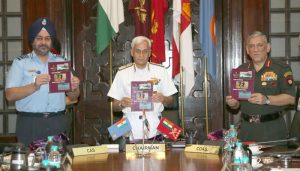 With added responsibilities as a  world leader  even Mauritius looks to India to fight its Chagos (Diego Garcia and 2000 displaced ) case as its key ally – to submit a written statement on the Chagos question to the ICJ due soon for hearing and USA will be watching as Britain will oppose any change. And China is watching too ! It wants USA out.

India has an  growing economy which needs stability  but it has a  belligerent nuclear Pakistan and its higher than mountains friend  China which is making the CPEC on Indian claimed land. Is India’s  strategy to disrupt CPEC or get back disputed land or play along and watch how India can gain. It can.

Indian leadership has to  be clear on   the strategy behind all its policy moves. Some selective unclassified  airing can be  done for public as economy and business is dependant on a Nation’s strategy as we see President Trump out lining strategies to aid US  business.  There has to be jointness in the powerful  Armed Forces OF India  to synergise with the strategy. 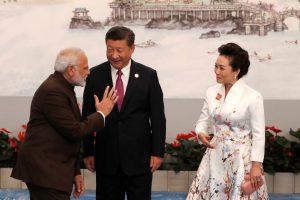 A  modus Vivendi of acting with  no strategy gives   freedom to the Political party in power in India to take  arbitrary  military decisions  or use military for its political needs, buy equipment  and actions,  most times confounding the loyal sacrificing Armed Forces. Is Kashmir becoming that with PDP-BJP disagreements ?

Army  must  hark back to 1971. FM  Manekshaw as COSC told the PM the Armed Forces were not ready for war and asked for time so he laid out a strategy for victory.   The situation today is better but not ready for  a sudden war as the Command and Control and adequate equipment for war are yet to be addressed. But the BJP NDA government is confident they have done well in the last four years for preparedness.

The confidence of India’s political leadership  stems after PM Modi hugged President Obama, which was tactical,   and signed a Joint Strategic Vision for Asia Pacific in 2014. India USA says is   a non stated Ally of USA as  its most favoured  defence  partner and importer of Interoperable hardware from USA in the East and the critical bulwark against  China  in the Indian Ocean Region (IOR). India has also joined the USA-Australia- Japan  QUAD but with no details.  France is India’s nominated partner with riparian islands in the IOR.

The security situation sees  India facing two unfriendly  nuclear neighbours. USA will not forsake Pakistan fully, but provide intelligence and UN Security Council support to India against China,  but unlikely to  down boots or planes on ground or ships on the seas as it has fears about China. North Korea China Russia has  reared its head with US sanctions against Russia.

India’s nuclear submarines, SU-30s ,  Mig-29s and a host of other platforms are still dependant on   Russia is watching for deals RM Sithraman did not do in Moscow.

India has touted that  it is  the net security provider ( NSP) in the Indian IOR that   PM Dr Manmohan Singh announced  August 2013 goaded  by Robert Gates, but no guide lines what it means have  been issued.

Sri Lanka’s fears India and its Pathfinder Foundation  consulted some IOR states, taken guidelines of IORA that does not include Gulf states and Pakistan and IONS   and proposed a Code of Conduct  (COC) for the IOR s  in January 2017  authored by a team led by Ex CNS  Admiral Jayanath Colambage, backed by his PM.

The COC IS   based on  past Oceanic agreements in the area and the  1971  initiative of Sri Lanka’s Prime Minister Sirima Bandaranaike, and the President of Tanzania. The UN General Assembly declared: “The Indian Ocean, within limits to be determined together with the air space above and the ocean floor subjacent thereto … designated for all time as a Zone of Peace”.(A/RES/2832 (XXVI).

Indian Navy has cold shouldered the COC. There  is  rejoicing  in US Strategic circles especially among   Foggy Bottom   and Pentagon,   that India has become the regional satrap for USA with a Joint Strategic Vision for  Asia Pacific. USA supports  Net Security Provider. 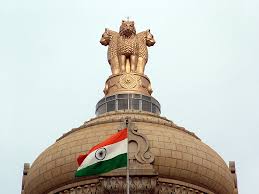 NSP was on test in the political crisis in Maldives. Both Sri Lanka and Maldives were concerned India may intervene. Sri Lanka worries for its investments in Maldives. But it seems the Elephant in Maldives was Chinese interests.  Maldives cold shouldered India in Milan and DEFEXPO-18  invited to, and   is returning one of the two Dhruv helicopters that  patrol with Indian crew. China has a leased islands it is reclaiming as it does in the South China Sea. IDF doubts a former NSA’s theory that no strategy helps and if so then India ‘Chalta Rahega Jaise The’……will carry on as it is and IDF will eat its words.

Previous Post: PART 1 ANALYSIS OF ECONOMIST ARTICLE SAYS — INDIA’S ARMED FORCES – A PAPER ELEPHANT- INDIA SPENDS A FORTUNE ON DEFENCE AND GETS POOR VALUE FOR MONEY
Next Post: A PREVIEW OF DEFEXPO 2018 THAT RM SITHARAMAN HAS BROUGHT TO A TEMPLE SOUTH OF CHENNAI –IT WILL SHOWCASE OUR DEFENCE MAKING & IMPORTING & THE MILITARY’S JUGAD TO MAKE IT A SUCCESS