This is IDF’s Arihant Part 2 Deepvali short tale with Part 3 about the history by joining the dots from open literature, and archives down Janpath to show India’s ‘Make in India’ potential.

The US slang for an under water ballistic missile launching submarine (SSBN) is a ‘boomer’. After rigorous trials In August 2016 India joined the five nations that have ‘boomers’.

In Mid Sep, Hindu’s Peri reported that the low key commissioning of the 6,000 ton home made INS Arihant, with a BARC-Industry made nuclear reactor with Russian support had took place at the sprawling impressive Ship Building Centre (SBC) Vishakapatnam a month earlier. Capt KJ Venkatraman, who was the second in command had earlier taken over from Capt Muhindru for IFR , the way the professional Navies do it to get best out of command.

The Arihant made headlines at Euronaval in Paris on 19th October where Dr B Bhamre Minister of State for Defence ((new to MOD), was seen walking around with Radm Vishwanath and a big entourage and avoided media. Only MKU and BrahMos with Army officers were at Euronaval where many Navy chiefs visited and were interested in the naval BrahMos. 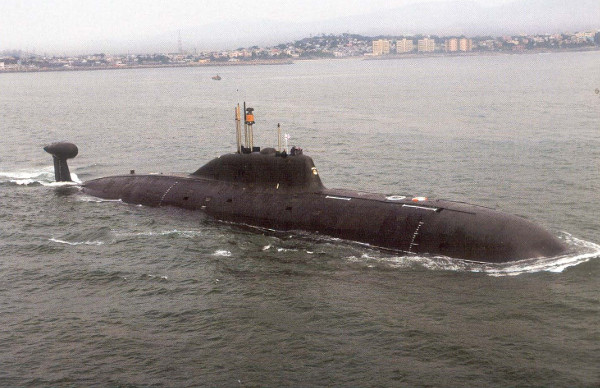 With no one from Navy to explain IDF helped those who one met. BrahMos key personnel may have gone to Goa where President Putin was for 19 hours and the exhibitors learnt Navy will get 4 Krivacks, many 226T Helicopters, 6SSNs and may be an Akula ? Rosboron pavilion opposite BrahMos invited Indians to sip Vodka in Drushba style @ Russia.
Arihant’s completion shows there has to be ambitious service led thinking, least bureaucratic interference and IFA audits, not MOD’s dilatory clearances for projects on file which travels to PMO , where preferences dictate choices. Naval thinking was always big to learn and jump into nuclear propulsion at any cost.

Admiral of the Fleet Sergie Gorshkov (IDF escorted him and wife thrice) admired India and its Navy after 1971, agreed to train few nuclear crews at Rechka, and at sea in the Bay of Ulysses in harsh winters, housed at Vtoraya a suburb of Vladivostok. The nuclear submarine INS Chakra (K-43) was taken on lease from the Soviet Union from 1988 to 1991 by Capt RN Ganesh later DG ATV despite US objections thanks to PM Rajiv Gandhi who received Chakra off Vishakapatnam and lunched with the crew dived including the mouscated Coxswain who looked the moustached General seen on all TV channels and who re-created Navy’s 1971 missiles attack on India Today TV. He gave little credits he plagiarized from but that be India.

As an aside. Asians have many honourable Brutus, and few Mark Antonys in Shakespearean terms. Tatas mutiny, Congresses dynasty approach , BSP and SP infighting , Jayalalitha’s unknown health and be-fitting replies on the border affects Governance culture which in turn seeps into the Services looking for sops.

Indian submariners and technical officers became adept and cut their teeth in nuclear submarine operations on Chakra, its refits and change of nuclear fuel rods, and weathered a near fatal fire at sea under water. Run Deep Run Silent, is their motto and wives joke, “ They smell welcome after a patrol with no baths. Its different !”. One day IDF hopes the secret board of inquiry proceedings will show glory and lessons learnt, of the accident averted, when OSA 1923 is eased. 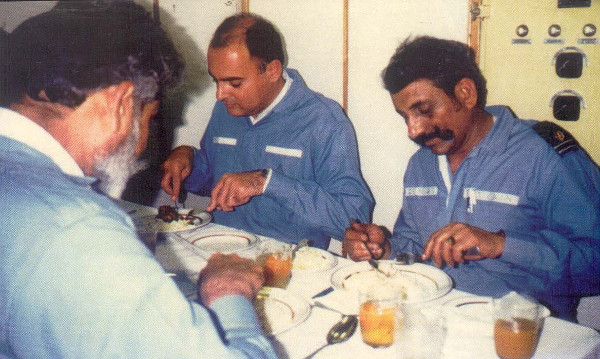 Chakra covered 72,000 nautical miles (133,000km) in the Bay of Bengal and Arabian sea, and the reactor remained active for 430 days with five 63 km ranged Amethyst missile firings (SS-N-7 NATO Code name Starbright) and forty two CET/TEST torpedo launches. The supervising Russian Captain A Terenov wrote “The Indian Navy’s nuclear base at Vishakapatnam as is as good as any in Russia”, and paid handsome tributes to the professionalism of Indian Navy submariners. The secret ATV programme was born.

A huge SBC for submarine building of the S2, was carved out of the sprawling dockyard at Vishakapatnam by DRDO under ATV Project courtesy Director Vadm P Bhasin later DG and Radm Govind Singh and admin by supply Radm JK Talwar who should all write about it before its to late. A shed was leased to Larsen &Toubro Ltd ( a Mr Patil with Kotak’s and CMD Naik support) in a PPP to build S2, then S3 (Aridhaman) and S4 whose modular hulls are reportedly ready and fitting out. S5 was seen in design stage at DEFEXPO.

S2 design was changed from technology demonstrator to an SSBN thanks to Bhasin’s idea. Some call him India’s Rickover and idea germinated when searching for BrahMos (Yakhont), and he steered Kalam-15/Bhasin-05 under water missiles with DRDO’s Dr Charavorty Bhasin was under as Secretary to GOI for a decade, and Dr Kalam reposed trust in him. 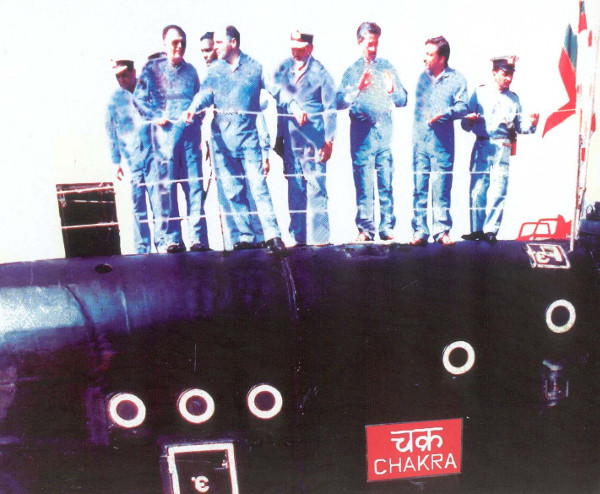 The Arihant had first became public to selected media on 26th July, 2009 with no photos when the black pearl shaped hull was berthed alongside the jetty for fitting out at SBC. Mrs Gursharan Kaur wife of then PM Dr Manmohan Singh christened her Arihant, to the chanting of slokas and PM Dr Singh congratulated DRDO , DAE, the Navy and thanked Russians for the achievement.

The Navy asked for two big Akula nuclear submarines on lease from Russia as the Kundakulum power projects payments progressed, to assist the Arihant’s commissioning by DRDO’s ATV, now renamed Akashanka (Hope). The Akula Nerpa was commissioned as INS Chakra in 2012 and has been operating since with the Navy from SBC.

On 15th Dec 2014 6000 ton Arihant was flagged off with least fanfare from the SBC by Defence Minister Manohar Parrikar under air cover, under the command of Capt Sanjay Mahindru later FOSM and now FOMA and a crew of around ninety with nuclear scientists and engineers embarked for validating results and ensuring safety of first of class. Was Dr Usha on board ?

IDF Salutes sucessive Navy DGs of ATV Vadms late Mihir Roy a college roommate of Dr Raja Ramaana for the plunge, long serving Bharat Bhushan (who supported IDF on his small ship water pump at Goa) for his perseverance, Ravi Ganesh for much construction planning, and Promod Bhasin who cut the steel and pushed the project with an ingenious L1 procurement scheme he briefed RM Parrikar about , and DSP Verma who courageously launched Arihant in 2009 and currently Dinesh Prabhakar and Srinkant who over saw the trials with safety aspects off Vishakapatnam.

Nuclear submarine systems are tested at the sprawling Marine Development Establishment (DMDE) at Hyderabad before fitting out on submarines, and is world class for MAKE IN INDIA but its work, even on basic systems is classified

Before commissioning, Arihant must have test fired K-15/B-05 missiles and like the US procedure is, the PM would have extracted the code from a brief case, called the Football in USA that the President carries with him, to be transmitted by satellite or via the naval Very Low Frequency (VLF) station INS Katta Boman at Tirunevelli to Arihant under water to enable the Captain to enter the code to be able to launchthe missile, though Arihant is a deterrent and Pakistan may know where she is, Chinese would.

As an aside IAF refuses to give a BRDE from its many, to a civil company in a PPP like Navy did to make ‘boomers’, to make transport planes the services need to replace. ‘Vive La Differonce’. The IAF spends time in the air and money and awards Colours all the time ! Next at Ambala 30 Sqn, the President loves to grace.
SHAN NO VARUNA HAPPY HEALTHY OPERATIONAL DEEPAVALI

Previous Post: THE STORY OF INDIA’S SUCCESSFUL QUEST FOR NUCLEAR SUBMARINES (ARIHANT+2) WHICH SHOULD MAKE EVERY INDIAN PROUD (PART 1)
Next Post: HOW INDIAN NAVY EXERCISES HAVE CONTRIBUTED TO ITS OPERATIONAL EFFECTIVENESS