This is an IDF analysis of India’s economic and foreign policy from ‘Independence to Today’, for posting futuristic India US relations after hearing President Trump’s inaugural speech and two days earlier a confident four star Adm Harry B Harris Jr at Raisina Dialogue in Delhi. Harris even sees a need to destabilise North Korea’s SLBMs for East Asia, and for the IOR as well. Was Harris pointing to Pakistan which may have North Korean SLBM technology on an Agosta like China tested Pakistan’s nuclear bomb at Lop Nor ? 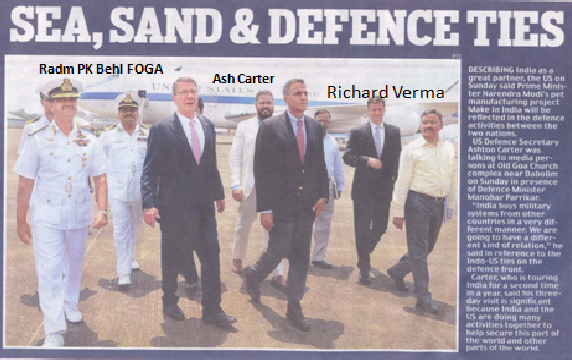 Trump in his ‘America First’ inaugural address conveyed similar sentiments. Trump’s aides and Pentagon have been briefing all US four star Admirals and their speeches are cleared by foreign service specialists on staff, most unlike India and Cold Start and NFU was a case in point. Link below Harris talk

Trump castigated past Presidents sitting few feet away and said what IDF has maintained. Bush and Obama spent trillions on wars and gave the world and China goodies, and India a nuclear deal and $ 11 bill latest technology worth of military hardware, but asked for nothing in return.

Few recall RM Pranab Mukherjee now President, signed a Defence Framework in 2005 finalised by NSA MK Narayanan and Condeleeza Rice at midnight in DC. It is a one page paper for name’s sake (NAM KE WASTE)to get the incomplete US nuclear deal and Bush piloted India’s bid through Congress, China and NSG !

A lot of the future for India and the world will depend on what Trump does with China and Iran. If his earlier statements to befriend Taiwan and snub trade imbalances and imports from China which has big stakes and investments in USA, and goes back on Iran’s sanctions, India will have to think. Trump may look for a full strategic partnership with commitment by India and it will mean India will have adjust and align postures towards China and trusted friend Russia. It needs understanding USA is using India as its ‘Cat’s Paw’ for China. 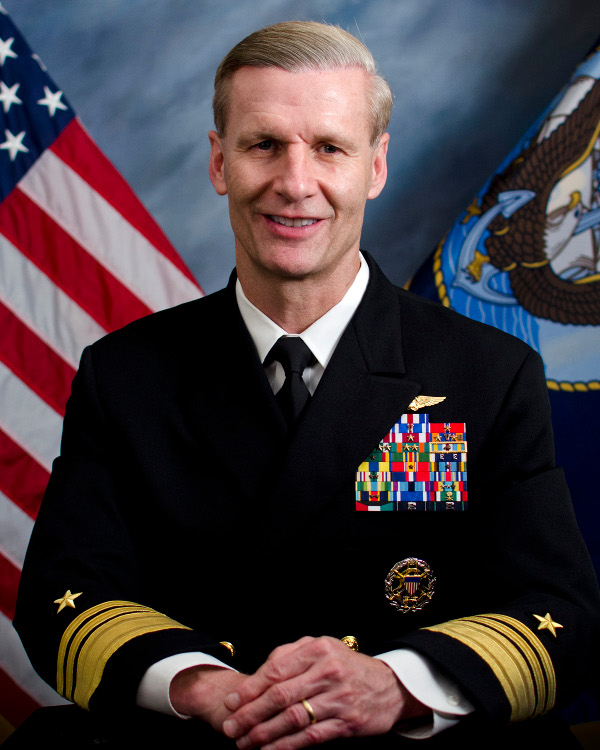 Exercise Cat’s Paw was taught in the Navy, and means using a person/ a tool or winds in a sailing race (to win the race) or use a nation wittingly or unwittingly for a purpose. China is using Pakistan to coral India and USA wants to use India to coral China’s rise, and its String of Pearls. PM Modi bit USA’s bullet in his address to the US Congress in DC last year, but what size will that bullet be with Trump, is the million dollar question ?

As IDF wrote in the book Indians Why We Are What We Are in 1998 in a chapter titled- INDIA’S ECONOMY – PAST, PRESENT AND FUTURE.

QUOTE. “The Nehruvian Socialist State Led Industrialisation (SLI) based on high protectionism, planning and detailed domestic regulation of the economy did not succeed”. Sachs and Bajpai. Harvard University Paper.
“In hindsight a 9 year old child can analyse India’s mistakes. Get me a nine year old child then, Groucho Marx would have said”. Author IDF.

On achieving Independence in 1947 India had two economic choices to follow. One was to go all out and ape the American dream of pursuit of wealth which was equated to elitist capitalism at that time. Nehru detested that concept as greed, for he was no economist, but a lofty statesman, historian and a philosopher. The other route available to India was the Communist way or Socialism where risks in the market place were fewer, workers preferred safe salaried jobs and left risks to Governments. Innate Indians are not risk takers. Chinese are, so were offered communist brand of capitalism only when education levels rose. 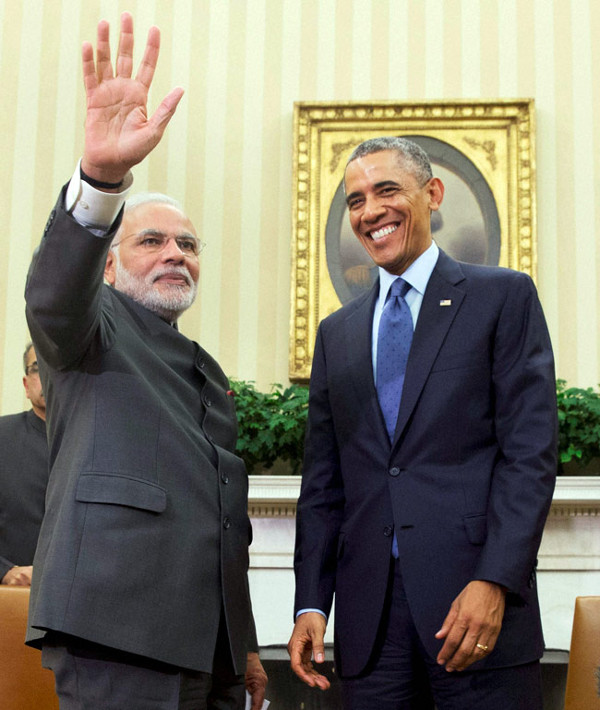 Nehru preferred justice and equality and cannot be blamed for choosing an Indian style of socialism, especially as business tycoons of the time except Tatas, Birlas and Walchands felt unequal to the task of setting up large industries.

The economic system was set as ‘Import Substitution’ alike Make Indian and would have worked but successive Governments became the giver of wrong incentives, licenses and subsidies. Political and bureaucratic populism ruled economic decisions. Wastage of resources followed. UNQUOTE

IDF recommends The Z Factor by Subash Chandra a BJP MP’s book, how he became rich with rice exports to Russia, the quota and license provided by PMO in Congress time in returns for pay offs to a Mrs Gandhi swami. This continued till India became broke and liberalization was inescapable for PM Narasimha Rao and his Finance Minister Dr Manmohan Singh in 1992 when India ran out of FFE. IMF/World Bank bailed India out and capitalist market forces were let loose like even in Communist countries and Indian economy flourished.

But by the end of last century no more liberalization took place and BJP, UPA 1 and UPA 2 ruled with an aimless economy. In 2014 PM Modi arrived and has been witch hunting the past and two and a half years of Make In India and demonetization. The results are waited as also, a bigger dose of liberalization and tax reduction and infrastructure spending hoped for in the coming budget 1st feb, 2017.

In the same book IDF explained India’s foreign policy in one word ‘Nonalignment’ with no definition for 55 years, and USA and foreign navies were warned to keep out of Indian Ocean especially US Navy and vacate Diego Garcia. India had to tilt to Soviet Union and a treaty to get armed and win the 1971 war, and later for nuclear submarine help which came.

This continued till 1995 and India went nuclear in 1998. Soviet Union completely collapsed. Till then Ambassadors gave speeches on ‘Nonalignment’ and forgot Panchasheela had a lease of eight years. India was isolated in foreign policy and went for a ‘Strategic Autonomy’ foreign policy. The Military was never consulted and remained confused and neglected in more ways than one and Gen VP Malik fought the Kargil War in 1999 under nuclear red lines with, ‘what we have”. 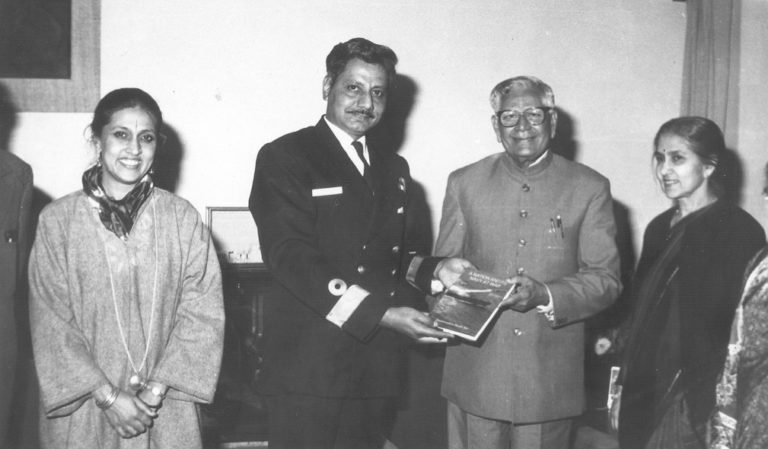 An undefined powerful post of NSA which should be advisory with Intelligence control, came in to being and got elevated to the status of a CDS which was sorely missed in the Kargil War in 1999 and showed in the Pathankot terror attack and cross border forays. Foreign secretary became a Defence Secretary too, to fight fires with PMO.

By 2003 with Jaswant Talbott talks India’s Tilt to USA as a ‘Hard a Starboard wheel order’ with courtesy to China and plans to keep Russia placated with purchase of few weapons, nuclear submarines and nuclear power plants and has continued and Obama managed to make India a Major Defence Partner through Congress with deep strategic inter-operability to keep China in check.

At Raisina Adm Harris agreed “there is probably nothing that could prevent China from sailing an aircraft carrier into the Indian Ocean today” and confirmed joint tracking of PLA(N) submarines and still hopes Indian Navy will join USN and JSDF ships and aircraft for South China Sea patrols like Malabar. Harris crowed that USA is supplying 12P8i adding,“That helps us hone our ability to do that physical tracking of submarines and ships and the likes”.

Talk of setting up a seabed sonar in Andaman Sea’s 8 degree channel like Fish Hook has been aired with Japanese funding. Last year, the two countries signed a logistics agreement, called LEMOA (Logistics Exchange Memorandum of Agreement) that enables both militaries to access each other’s facilities but only when asked for, and receive supplies and fuels at sea and supplies at FMS prices and stores to maintain US equipment from US military websites and billing is settled through escrow accounts maintained in USA.

USA looks to soon sign a modified CISMOA for Communications Interoperability and BECA co-operative space agreement for further joint surveillance of Chinese vessels and cyber, the fifth dimension of war that China is spending on.

Media reports Harris has irritated Beijing by calling upon India to cooperate closely with the US Navy in the South China Sea; and to expand the ongoing trilateral defence cooperation (with the US and Japan) into a quadrilateral dialogue that included Australia. It looks President Trump may look to a US India proposal to marry both militaries and align foreign policies and UN voting like India had done with Soviet Union and add Vietnam which has just received its 6th Kilo submarine. BJP is secretive in all policies. Shan No Varuna.

Previous Post: BJP MADE PURCHASES IN 2016 BUT FORGOT “THE MEN BEHIND THE GUN & INDIA’S THEATER & CDS NEEDS”—MILITARY WILL HAVE TO ADJUST TO NEW RSS (?) POLITICAL THINKING AND A WORLD WITH “TRUMP PUTIN AND JINPING’s BUMPS” – CCC IS IN IMA 21ST JAN
Next Post: MOD MEA PMO NSA AND POLITICIANS MUST ENSURE INDIA’S POWERFUL ARMED FORCES STRUCTURE AND MORALE IS NOT NEGLECTED BUT RENEWED