This is an analysis of the, ‘Capital Funds Starved Ministry of Defence’ (MOD) which needs allocations by the new appointed RM Jaitley for badly needed operational orders. The projects of the three services and Coast Guard from the 2017-18 Defence budget of around $ 46 bill, is burdened with over runs. 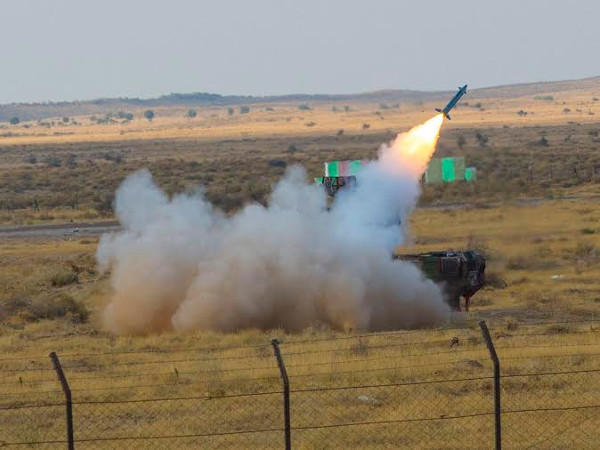 The Army is facing flak in J&K with terror and deaths, not of its making but faces politics between PDP and BJP and media, over incidents.

RM/RRM or Army Chief could have apologized to family of 26 year old Dar who Maj Gogoi (RR) tied to his jeep and they could have explained that Maj Gogoi did on spot adaptation to save ITBP and civilian lives and avoided deaths and an inquiry had been ordered. Social media and TV anchors could have been silenced as that has encouraged youth and women to pelt stones on forces !!

In such times a full time RM is imperative and to monitor progress of projects as PM Modi makes bureaucrats to do. The naval orders being executed include 44 ships, 4 P8is , 2 DSRVs and two nuclear submarines. The army has large 155mm gun contracts, BrahMos missiles, bullet proof vests, Akash and Pinaka systems and newer rifles, vehicles and radars and Rs 6000 CR to make up ammunition. The Air Force has orders for 36 Rafales, 6 C-130s, Spyder AA systems, 16 Chinooks C-47, 22 Apaches AH-64D, 3 Embraer AEWs, Akash AA systems, SU-30MKI and 123 Tejas Mk1As. Coast Guard has three OPVS, Dorniers, Dhruvs and many FPBs and is short of man power as it has expanded heavily on shore. All services are running short of technical manpower and Army of junior officers which can become serious.

The Navy needs 16 Multi Role ASW helicopters for newer ships and LPDs, the Army has tabled Gen Compose’s report and IAF must order transport planes to be made in India before its too late along with light utility helicopters and decide on FGFA. These can generate FDI if Strategic Partnership and JV rules and 30% orders to private industry Parrikar promised are issued.

The three critical Ministries in any Government are Finance which controls the treasury (money matters- Arth Shastra) without which other agencies cannot perform, Home Land security which keeps the population safe, and Defence which ensures the nation’s borders are kept secure and enemies deterred or even made subservient by display of strength and strategic partnerships.

India needs to woo neighbours and even arm them with self defence wares like a Marshall plan or China fills that gap.

In India a Defence Council and a C-in-C system were tampered with. Pandit Nehru who felt a large defence force was superfluous and could engineer a coup as in Iraq and Pakistan. Later MOD got further skewed with coalition Governments when NCP leader Sharad Pawar demanded Ministry of Defence and deals were brokered and Congress and UPA/NDA used the key and other Ministries to feather nests of parties and leaders, fostering corruption to keep coalitions intact. Even BJP has to support coalition and supporters, even if some act fringed.

PM Modi is no intellectual or philosopher like Nehru, Narasimha Rao or Vajpayee but a hard nosed doer and balanced Ministry posts between professionals and RSS (VHP is an off shoot) members which had helped him as an RSS Pracharak and BJP party to a resounding victory. From 2014 PM Modi brought in integrity and professionalism and continuity except in Defence which has seen musical chairs, or one Minister holding two charges for months.
In that atmosphere BJP leader Advani was made ‘Darshak Marg’, and Jaitley a Advani loyalist was destined for big things and Modi wisely turned to youthful leadership and seems clear on Security and Pakistan. The PMO runs policy and leans heavily on RSS views who have nationalist Hindutva strategists in the team led by Amit Shah, Ram Madhav and Mulidhar Rao who have trotted the world and met leaders.

The Defence Minister and his staff normally need some knowledge of Military history, nations’ defence budgets and strategy and doctrines and geography and the Principles of War, but MOD is also one of the most comfortable posts and can lull a minister with travel and comfort. Both Jaitley And Parrikar have lived in Navy’s Kotah House in comfort.

There are VIP planes (737s, Avro -748 and Embraers) at RM, RRM’s and NSA’s disposal to fly any where at a moment’ s notice, be well received with precision military bandobast and the frills that go with it. And the military knows how to please leaders and names of Pilot, Kalmadi etc and others who were servicemen could get even election tickets get emulated.

Finance Minister’s task is different and important. It is the busiest with budgets, taxes, black money etc and has to represent India on many International and World/ADB committees and travel abroad often while Minister of Defence is a 24X7 home bound task especially for a new comer, even if he is an IIT graduate or a Sriram College topper.

FM Jaitley has again been told to fill the warm bed of MOD suddenly vacated by Manohar Parrikar ( like on a submarine called ‘Hot Bunking’, not the best choice). Parrikar has already stated his Chief Minister ship of Goa is more satisfying. He missed Goa in his term, and in Navy’s largest air station INS Hansa the saying was the most important task was to receive and see off RM, especially when he made multiple trips for the Goa elections.

FM Jaitley is back and last time he promised to provide Navy multi role helicopters after commissioning INS Kadmatt at Vishakapatnam, to move on P 75i six submarines after visiting MDL, assured movement on 126 fighters, modernize the Army and grant OROP. Last time Jaitley left suddenly and RSS leader Manohar Parrikar joined but did admit it was mammoth task in MOD and his hands were tied and an NSA filled in as a CDS. MOD’s budget proposals were not accepted for 2017-18 and cut by 20% and some Rs 5000 cr got surrendered.

NSA’s world over have taken over as Super Foreign and Defence Affairs executors and in India also Ajit Doval is the de-facto Director and National Intelligence (DNI) and fills in for CDS duties.

Speaking at CII after a recent visit to USA Jaitley, where he proudly spread the word of India’s rosy fastest growing economy and invited FDI in defence, hinted he was made Defence Minister to propel PM Modi’s flagship Make Defence in India policy with easier rules. Then he winged to Moscow for a security conference as Pakistan aided by China has been exposed to be supporting Taliban in Afghanistan and its getting messier in Afghanistan and Middle East and Syria is a battle ground.

Parrikar gave nomination orders for 8 MCMVs from Kangnam South Korea and 2 Krivacks for the Navy to Goa Shipyard Ltd (GSL) for over Rs 45, 000 cr, but could not speed up traction. PM promised President Putin he will order two more Krivacks ( now Gergorovich class) in Yantar in Russia and 226T helicopters with a JV signed with Hindustan aircraft Ltd and there is silence, IDF guesses till Putin shakes his hand again with PM Modi these will have to wait. .

After a year plus Parrikar threw in the towel to move the salubrious climes of Goa where he often he went weekly, not before he got 2018 DEFEXPO to Goa and hopes to get Aero India 2019 to Goa and Goans have welcomed his return and his exit has seen mixed reactions in Delhi as he was a good man in the wrong job.

IDF ASKS will RM Jaitley open the purse for new urgently needed orders he knows about. Shan No Varuna.