PART ONE. Background OF How Serious is the LEAK Of The Rs 24,000 Cr Scorpene Contract Almost Like Bofors & HDW. Businessmen have friends, interests and enemies . PART 2 NEXT POST discusses effect of leak. .

Central Vigilance Commission (CVC) gave a Green Signal to Scorpene Submarines, Navbharat Times reported on 6th October 2003. This Navy’s largest contract then, ended a massive fight and competition between ARMARIS a combine of DCNS for the front section construction & NAVANTIA for back portion of the submarine at Mazagon Dock Shipbuilders Ltd ( new name MDSL) and MOD for the $ 2.1 appx called the SCORPENE contract. 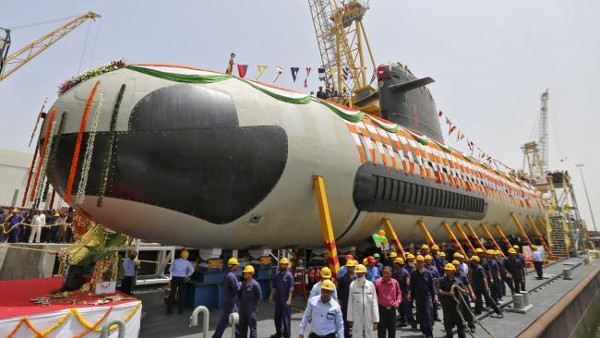 Many lobbyists who worked for French Defence Companies Thales etc including retired Ldr Ravi Sankaran a Diving Specialist must have been elated. HDW and Russia were disappointed. Sankaran later got named in the WAR ROOM LEAK CASE where naval officers suffered as there is thin dividing line between Restricted and Secret files used liberally and IDF states highest classification Top Secret is used too liberally in India.

In security cases it is up to CBI or prosecution to present to the court and are the arbitrators of Restricted or Confidential or Secret. Ravi absconded to Europe and then lived in UK for years and was sustained, where a meek extradition trial was pursued by India as details below show. Lalit Modi and Mallya are trying the same route and depends on how legally a case is pursued and what trails of money are presented. Judges are not defence experts but judicial officers and weigh the various levels of evidence as presented. That is as it should be, and Prosecution should not be parrots, and apply minds. CBI has been faulted many times with vested interests and War Room Leak was no different. 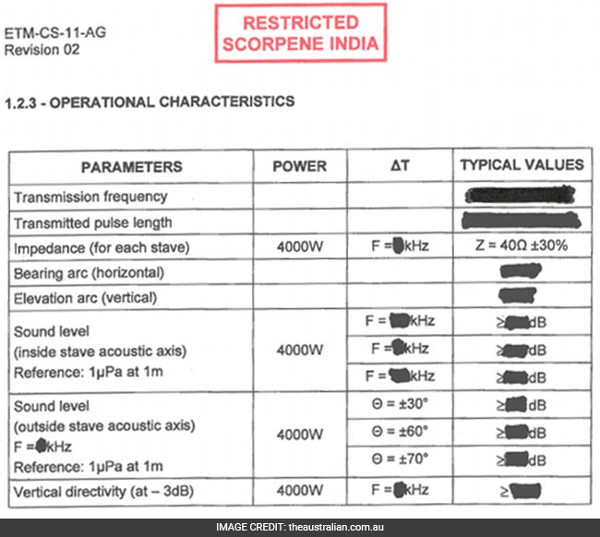 Russia had offered the cheaper AMUR with VLS missiles (possibly BrahMos in mind) with Larsen and Toubro Ltd (L&T) which had built the ultra modern green field Tutapuli Shipyard with CMD Naik’s and Director Mr Patil’s hope to build submarines with a 20,000 ton ship lift near Chennai.

INS Jyoti recently completed a refit at Tutapulli and L&T is losing money there as is Anil Ambani’s Pipavav Defence which is also looking to make submarines and has an advance from Navy and struggling to make 5 NOPVs for the last many years. L&T were politely told to stick to nuclear submarines for obvious reasons.

A submarine with VLS missiles was also President APJ Kalam’s logical dream. He expressed this with Sivathanu Pillai MD BrahMos Aerospace Ltd (BAE) in public, and to IDF at Vishakapatnam and Vice admiral PC Bhasin builder of ATV Arihant. Russian Amur details with design pictures of larger aft portion seen at Langkawi International Maritime and Aerospace Exhibition (LIMA) were published in NAVAL FORCES by a Ranjit Rai who christened it ‘The Hunchback Submarine’ and is on offer again for Project 75I. 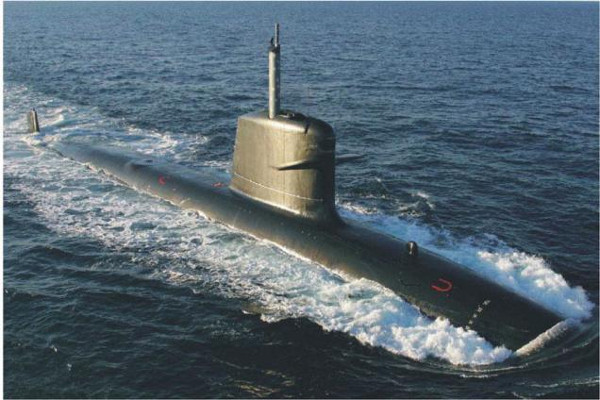 A similar bigger nuclear submarine design based on Arihant called S5 was displayed at DEFEXPO-16 at GOA by two Indian companies. HDW also tried to bid against Scorpene with its MTU agent and India Today reported the interest of all interested parties and named some SLEEPING AGENTS and explained the tussle. Russia lost. Navy did as MOD wanted, that Amur was not a tested design and years later the War Room leak details and name of an Abhishek Verma and some other details emerged. But Sankaran was a free man.

DETAILS OF SANKARAN CASE IN UK
The UK’s Crown Prosecution Service (CPS) has confirmed that the CBI has not appealed against the High Court verdict. 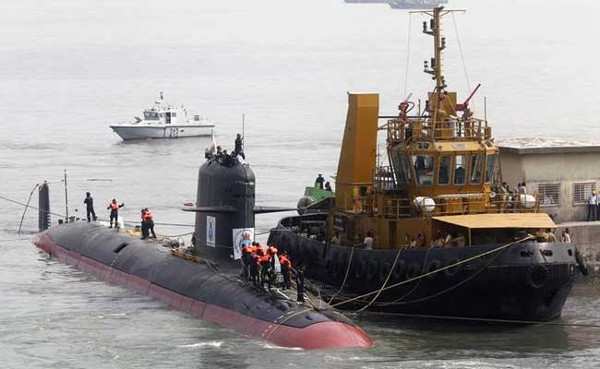 “With the UK High Court Judgment becoming final, the extradition case against the Appellant (Shankaran) stands fully dismissed and hence closed,” Shankaran’s defence team said in a statement here. “The Appellant however reserves the right to pursue further remedies under international and Indian law,” it said. Justices Sir Brian Leveson and Blake, sitting in the Queen’s Bench Division in London, had ruled on April 1 against the former Indian Navy officer’s extradition as the “prima facie case that must be established collapses”. 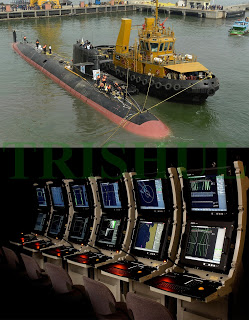 Readers must understand the manner in which Scorpenes were cleared in 2003 for 6 plus 6 option and for AIP MESMA ( that Pakistan has) for 6 Scorpenes to be manufactured in India and the negotiations which have many meanings in Defence Contracts especially in developing nations like India began. Contract including TOT was signed in 2006 and delayed construction began at MDSL in 2009. The stated cost was around $ 2.1 bill escalated now in rupees for 6 and was close to what Malaysian Navy had paid for its two submarines and training facility per piece which has arisen in a scandal in Kuala Lumpur with kick backs pointing right up to their PM Najib who was RM then, son of a former PM. 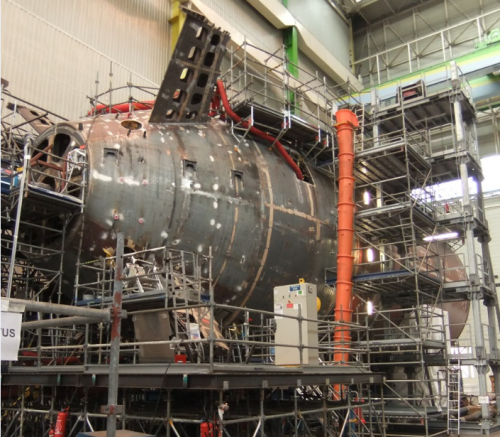 In India’s contract had an unusual and impractical Indian clause in the Scorpene Contract Part 2 with a list of ITEMS TO BE SUPPLIED BY MDL WITH REM (APPX COSTS) and retiring CMD MDL then, was requested to sign by MOD (Defence Production). These items could not be procured from India and naval professionals knew it. RM explained this in Parliament later said for obvious reasons the cost has escalated by $ 1.3 bill beyond appx costs as predicted ! .

Indian Navy could not stomach another blow by its cancellation, like the cancelation of HDW-1500 Shishumar class contract for 2 more in the HDW scandal and the whole facility at MDL’S East Yard went waste. Navy worked hard in national security interests, and finally after a hiatus got a CCS paper through to get the escalated funds appx $1 bill approved and Champagne flowed in many places and all bills must have been cleared.

The project had got delayed and Navantia walked out. Armaris closed down and DCNS which has supplied two Scorpenes to Chile from Spain, two to Malaysia took over and now has opened a building facility in Brazil. Australia is buying 12 Baracuda like Scorpenes but larger as Australia needs long ranged modern submarines and Baracudas can get a plug for nuclear propulsion or AIP.

So the INTERNET PUBLISHED 22, 000 PAGES of DCNS DATA leaked or stolen or purposely done by an agent or interested party in 2011 could be with commercial interests from any one interested in selling submarines or scuttling more orders and Indonesia was also offered these, now Indonesia order going to Korea.

This then is a longish background to the IDF analysis of the sensational leak of restricted general sales data of Scorpenes on the internet with Indian Flag on it by Australian paper earlier stolen by a sacked Naval officer DCNS says, who IDF learns was working on the project in India-Navatia or DCNS ? India’s Scorpene programme worth Rs 22,000 cr was signed in 2006 in great hurry by in New Delhi by DG Acquisitions and overseen by French Ambassador and CNS Admiral Arun Prakash.

There has been speculation in electronic and written media about its effects on Navy’s operations. IDF can only discuss the operational issue as politics is taking over. MDL and Navy have again mastered making submarines. The Navy and retired knew what a blow the last cancelation was and now CNS may have appraised RM Manaohar Parrikar about this and Parrikar has seen the light to say MOD will not blacklist firms unless there is criminality. He comes out as a good man, but his statements do get overruled as in OROP !

In Part 1 of LEAKED files there is General data and poses no harm to Indian Naval operations but Part 2 has mixed semi classified operational data in voluminous PDF classified files of huge bytes in 4,000 pages Restricted and Confidential about the Indian Scorpene details and crucial details of frequencies of sonars, gyrations, diving data, stability, damage controls, command controls , SUBITICS that controls the submarine etc. Its too much data and some more to come !