This is an analysis of Command and Control (C&C) of Navy and Indian Coast Guard vis a vis army and a call of HM for a Central Marine Police Force (CMPF) to patrol and police India’s coastal waters.

Scholar Pushpita Das that IDF credits, has argued, “ Why a Central Marine Police Force (CMPF) is not required for Coastal Security,” and IDF agrees with her. ICG can take up the role and have a better maritime structure.

Pushpita adds, that in review meeting to assess the country’s coastal security by the Ministry of Home Affairs (MHA) on June 16, 2016 in Mumbai, RM Parrikar attended. One of the suggestions proposed found favour with the MHA and four coastal state CMs is the establishment of a Central Marine Police Force (CMPF) to patrol and police India’s coastal waters. 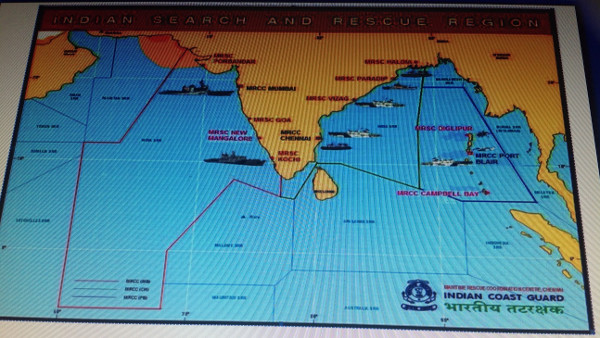 As a 7 year old would say its ‘Empire Building’. The suggestion to raise a CMPF was made by Maharashtra’s CM Fadnavis to have more control over the police and central funds. HM Rajnath Singh termed the suggestion of a CMPF as a “good idea”, so the raising of such a force looks to be a likelihood, as no one argues with Rajnath Singh ! In reality, in any case, it is the Union Government that has been bearing the financial burden of the States’ Coastal Security Scheme. So why not the Coast Guard which is an all India maritime adjunct of the Navy and better suited now and has police powers at sea? IDF reviews Pushpita’s proposal professionally.

India’s Coast Guard (ICG), completes 40 years of yeoman service to the nation. Established on 01 Feb 1977 with policing powers at sea to control contraband, coastal security and Search and Rescue (SAR), ICG was based on the experience of the 1971 war to also control the few lacs fishing vessels. The boats milling around Kutch worried CNS Adm Nanda and all C-IN-Cs, and the need to execute swifter Search and Rescue (SAR) missions, to relieve Navy of ‘daily pedestrian tasks’. In need Navy has always moved in to support ICG as was in the historic case of Japanese Pirated ship MV Alondra Rainbow and both freed her in the high seas.

But Navy insisted in 1976 the IGC must come under MOD and exercise annually with the Navy and co-ordinate with it, with a Navy Admiral and not a Police head, (as Rustomji suggested) should command it till it matured and never let Para Military take over ICG. Even in the Kargil Review Committee, the Navy admiral fought tooth and nail and K Subramaniam and Ambassador Satish Chandra supported the status quo. 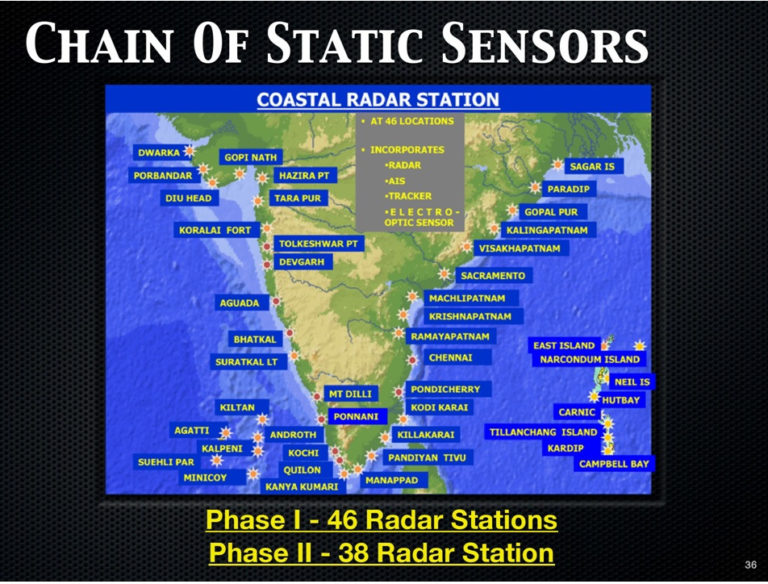 Three Starred Rajinder Singh was recently appointed DG ICG. He was trained in the Naval Academy as one of the first ICG officers and IDF had a hand in their moulding for their tasks. A new ICG Academy is coming up near Cannonore near Navy’s Academy at Ezhimala to share resources. Navy believes command and control is crucial for success, and economy of effort equally important in planning.

IDF cites UPA government experiment when PM was neither in Command which was more in the hands of the Chairperson UPA, and control was with her henchmen, except when PM Dr Manmohan Singh staked all and saw success of being in Command and wrested the US India Nuclear Deal. President Bush spoke to Hu Jintao in a quid pro quo to agree not object in NSG and to Pakistan’s two reactors from China under their Grandfather Agreement. Books describing this way of working have been written by UPA officials including PM’s close Adviser Sanjaya Baru and CAG Vinod Rai. Rai was a courageous CAG and had cleared IDF’s premature release as Joint Secretary (Navy). Rai saw his transfer to JS (Air) soon after and is being trusted to look at NPAs of banks that Rajan of RBI wanted cleared.

Today PM Modi is in full command and IDF searches for who is in control as it has been just two years of many swift assertive path breaking changes for India with ‘no hesitation by PM of the past’. The Hindu affiliates of BJP and others are experimenting with gambles for control of institutions. Hindutva is their belief which is undefined, and means different things to different people. It may work as Command of PM Modi is solid. 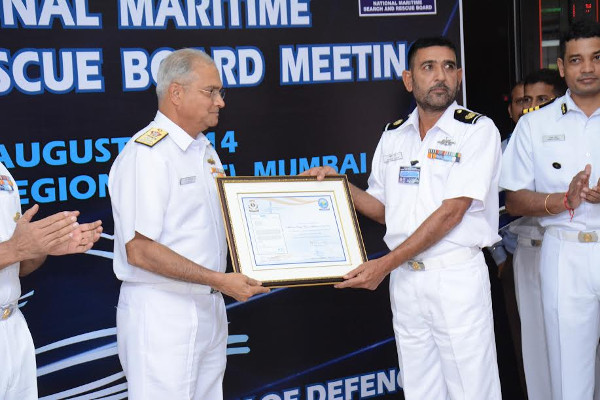 PM Modi heads to get SCO membership and is taking a shot at NSG, sending FS, son of K Subrahmanyam to Seoul to lobby ahead of 24th NSG meeting after a world wide push to leaders of all member nations directed by PM Modi in command. It may have to be a USA-China deal with Pakistan in view to happen.

Navy has very clear rules of command on ships where Captain is in full command guided by REGS Navy and the Executive offcier (XO) is in control and Navy has a chain of Executive command structures, and even in Court Martials, Punishing powers and CO can award death in war. This edict was broken in the Mutiny on the Bounty by XO and is taught in the Navy. A ship going from one Command to another is CHOPPED ie Change of Operational Command (CHOP), unlike other services seen in the Kargil war with Mirages flying from Central command to fight for Western Command. IDF can site instances of Air Force fighting with Army for command and control of attack helicopters. Navy with courage took over MR Supercontellations in the 1970s and the files needs study by MOD.

Navy’s C&C is unlike Army’s Command and Contol experience which is the ‘sin non que’ of success in any military operation as Gen Sam Manekshaw showed in 1971.

Today India’s borders are looked after by a cocktail of BSF, ITBP which has overtaken Navy’s strength of 75,000, SSB, Assam Rifles and even CRPF and intelligence, all state funded under Home Ministry with little say of the MOD. In a digital age where time is of essence this is not correct as India does not have Homeland Security. No wonder confusion erupts in incursions ON OUR BORDERS and NSG came in.

The Army did think on Navy lines and formed a Rashtriya Rifles (RR) for Kashmir but never got promised Finances and is now part of Indian Army. Only the RR’s insignia changes. Kashmir burns at times and Army is called in when needed and even in the Haryana JAT uprising army went in in huge strength. What a waste of para military funds !!! 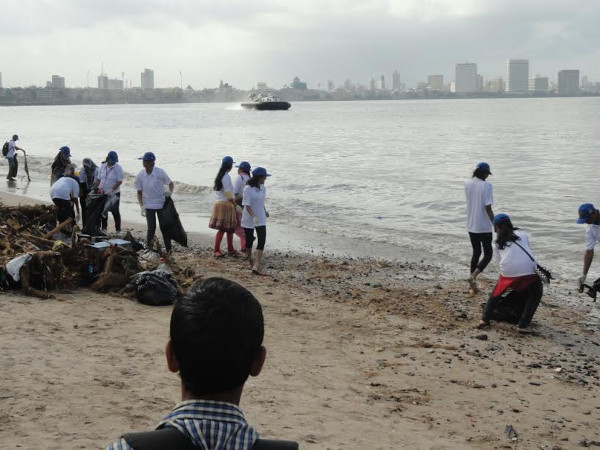 It is Navy’s thinking that led with the enactment of the Coast Guard Act 1978 by Parliament, as a full-fledged Armed Force of the Union under the Ministry of Defence (MoD). From humble beginings of two old naval Blackwood class frigates as a daughter service and Singapore and Korean boats, the force has developed its own cadre of sea going command professionals with 128 ships/boats, air cushioned Griffon Hoveercraft assembled by GRSE, and 62 Aircraft and helicopters who collaborate with other agencies of the Government and State Home Ministries including Police seamlessly. ICG has powers to intercept and detain and order at sea in Indian waters , but must hand over to the Police on touching shores all personnel, equipment or any cotraband seized. It is unlike the Coast Guard of USA which has less sea threat so does Port Control that DG Shipping a bureaucrat heads. In war ICG comes under the Navy which also exercises Command and Control in peace time exercises.

The Indian Coast Guard with MARITIME LAW at its finger tips is mandated to protect India’s interests in the maritime zones (MZI) with a 46 Terma Radar and Observ Camera digital network on Lighthouses and sites , and has adopted a multi-mission concept of peacetime duties to look after Offshore Security, SAR, Anti-smuggling, high jacking, anti-poaching, intelligence on maritime borders and effective pollution response, for which it has three home built Rolls Royce design pollution control vessels from ABG. It also silently takes on requests from friendly littoral states and provides timely assistance to civil administration during disaster relief in addition to patrolling the some expanse of the 2.1 mill sq km of India’s Exclusive Economic Zone(EEZ).

These steps relieve the Navy of many mundane tasks and IDF has posted this for MOD, who may like to consult CNS and DG ICG and discuss the issue with Home Ministry as bureaucrats and Police would love upward mobility, unfettered funds to set up a CMPF with four stars and confuse Coastal Security. PART TWO OF THIS IDF IN NEXT ANALYSIS

Previous Post: LACKING INFRASTUCTURE & INTERNAL HARMONY CAN INDIA RISE ON MODI’S ECO-MILITARY POLICY OF CONSUMPTION & POPULATION & INDIA’S OCEANIC GEOGRAPHY – IT MAY BE A WINNING GAMBLE
Next Post: INDIA PAKISTAN CHINA MEET IN SCO TASHKENT AND IN SEOUL NSG WITH USA —NSG OUT COME COULD BE SURPRISING WITH CHINA THE ELEPHANT IN THE ROOM AND BIG DADDY USA DECIDING MUCH