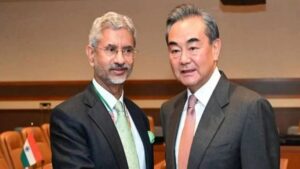 This is an IDF analysis goaded by an article titled, “ Big power games trap India on a tightrope”, by Shastri Ramachandran, and this was evident by MEA’s policy when at the UN Security Council, India abstained from the vote-seeking a discussion on Ukraine to underscore its tilt towards Russia as China too did not want a discussion. India is in a Catch 22 in the China US Cold war and Russia China cooperation. India found itself in the company of Kenya and Gabon in voting , which is not very flattering for a country perceived as a “leading power”.

India’s diplomatic boycott of the Winter Olympics in Beijing this week was another balancing act of a piece with its position on Ukraine in the UN Security Council meeting last week. In both cases, the MEA made a virtue of not taking a stand by appearing to take a stand. India did it to impress that it wants to be counted on the side of the US-led West. To keep up the boycott of the Winter Olympics, the Indian ‘contingent’ to the games comprising a single athlete took part in the event.

MEA had a good handle that a People’s Liberation Army soldier who saw action in Galwan was a Torch Bearer. Today Shastri says India is aligned with the US as it has never been before. In recent years, India-US ties have deepened across many tracks with the military-strategic facet of the relationship reinforced by the logistics agreement. Shastri writes while Russia might be relieved and the US disappointed by India’s failure to choose sides, the tightrope walk shows that India is determined not to be drawn into a big power conflict

But those who study how dependent India is on Russia needs to be given a list of dependency. Russia is our life line and India-Russia ties are strong and of strategic importance with defence cooperation as crucial as the one India has with the US. India buys huge quantities of military hardware from both the US and Russia. USA wants to bring a about a rift between India and Russia with CAATSA but our nuclear power, S-400 missile batteries, IL planes, Mi-17 and Kamaov Helicopters, SU 30MKIs, Brahmos, S-400, AK-203s, T-90 Tanks , Konkurs, Naval ships and nuclear submarines completely are all dependent on Russia. The threat to stop SWIFT for Russia will put India into a quandary. It is European and may hurt USA. China and Russia are already trading in Euros.

Shastri writes It is in the nature of big power games involving international alliances such as Russia-China and the Western bloc that countries which do not take sides may find themselves stuck with the compulsions and consequences of their balancing acts. There might be tricky challenges to negotiate in forums such as, one, BRICS and RIC, where GoI has to make common cause and get on with China and Russia without raising US hackles; and, two, the US-led Quad in the Indo-Pacific where India, along with Australia and Japan, may find itself pitted against China on another front.

The Quad foreign ministers meeting in Australia this week may provide some pointers to how India would play its hand in bloc politics driven by big power rivalry. 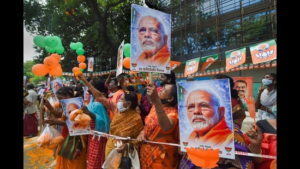 stage at a time when, as Prime Minister Narendra Modi said, the global order is changing. In this situation of flux, in external affairs, India would have to constantly guard against differences becoming disputes and bear in mind that “domestic reforms truly have a global significance”.

As External Affairs Minister S Jaishankar underscored, “If India is to have a place at the high table, it must transform itself”. And, the world, particularly the neighbourhood, would be watching how India transforms itself.

Few know the existence of an independent Ukraine since the early 1990s has been a security disaster for the world at large, especially since this situation allowed China to lay its hands on several weapons engineering & production technologies over the past 25 years, including those for ballistic missiles & their cannisterisation, SS-BSM & cruise missiles production, and most notably the constructionof aircraft carriers & their carrier-based fixed-wing combat aircraft like the J-15.

In an another challenge Prasun Sengupta explains along the India China and Bhutan-China frontier, more than 600 ‘well-off ’ Mandarin (Xiaokang) border defence villages were to be constructed. China claims it is a part of a poverty alleviation effort, and the strategic goal is rural revitalisation under the theme of ‘Building a Happy Home for the Guardians of the Sacred Land’. Each such township/ village is to be connected to transportation, broad-band communications and public utilities grids, schools and health centres.

Most of the construction is taking place in the key border Counties of Nyingchi—which borders India’s Arunachal Pradesh state—Ngari (Ali) and Shigatse (Rikaze). Communist Party of China (CPC) cadres were to be transferred to each village. There were intensive political education sessions to undermine and eliminate the Dalai Lama’s influence, such as the training of monks in Nyingchi, on countering ‘espionage activities by the Dalai Lama.’

China thinks with Zhang Liang thinking and China’s Yang Jiechi dealt with NSA MK Narayanan and then NSA Ajit Doval and came up with where there are Post Offices are, and stumped us ……..and took advantage of the 2006 agreement. India is in a Catch 22. 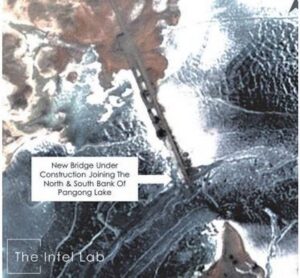 Party Congress in Beijing in 2017. Xi encouraged the family ‘to set down roots in the border area, safeguard China’s territory and develop their home-town’. The enthusiastic promotion of the new Xiaokang villages seems at least in part intended to demonstrate and underline the loyalty of leaders and officials in Tibetan areas to the CPC leadership. The new settlements and infrastructure also underline the core policy of military and civilian integration in Tibet with the Indian Border as a priority of the CPC. The role of People’s Liberation Army’s (PLA) political commissars has been expanded to include research across the border with India, while CPC officials posted in ‘border defence villages’ are Kazakhstan’s Crypto-Boom:

Previous Post: 2022-23 DEFENCE BUDGET OF 5.25Lac Crores IS PRAGMATIC —- IN 2021-22 ARMY SPENT ONLY 50% AND AIR FORCE 70% OF THE CAPITAL ESTIMATES—-NAVY 90% WHICH GETS MORE FOR MARITIME SECURITY
Next Post: THE SINKING OF RUSSIA’S BLACK SEA FLAGSHIP THE MOSKVA ON 13TH APRIL, 2022 AND THE RUSSO-UKRAINIAN WAR HAS LESSONS FOR ALL NATIONS ——-WAR CANNOT BE WON WITH MODERN WEAPONS