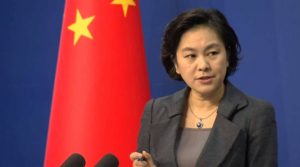 This Part Two post attempts to analyse  the crucial Defence Planning Committee’s task (DPC), as past attempts by committees have been futile.

India  cannot  become  a major Power on borrowed technology sans IPRs or imported hardware. Over the years  Defence Ministers and Secretaries and even Service Chiefs have not been able to exert themselves so an able NSA has been asked to steer a DPC.   The Army has been loaded to keep India one and even today is in a political role in Kashmir. The  Air Force looked to world’s best while  Navy did  good planning  but this year it is starved. That is IDF’s next post.

DPC must work swiftly as MOD is likely to  defer decisions and Armed Forces will look forward to DPC for equipment and  restructuring into   theatre commands, and define strategic priorities as India has tilted to USA and EU.  UAE has silently expanded its MDA reach in Socotra, Somalia and Yemen and controls Aden. Trump has walked away from the Iran Nuclear Deal.

President Xi Jinping is  voted No 1 powerful leader and PM Modi  No 7.  China has  modern Infrastructure compared to India.  China has spent Trillions on its Infrastructure and Internet control  and is  the world’s No 2 Economy with $ 14 Trill and people are fired with nationalism.  Xi Jinping has promised them ‘The Chinese Dream’ ! Only a visit to China’s cities and villages  can make one appreciate  China’s progress  vs USA’s $ 20 Trill with debts and India’s  $ 2.4 Trill but experts admit Indian Military remains  more professional.  However Indian Militaries are   not  Joint for  actions in  war and economy, but with Jugad services know how to deliver  when needed.

Ex Gagan Shakti analysed on Trishul Blogspot showed first baby steps  and IDF reported how much  good the Dokalam stand off did for jointness. DPC is  an outcome. 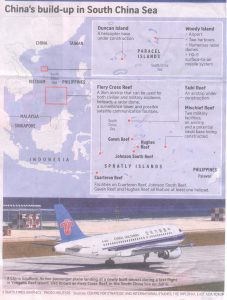 PM Modi is a leader with conviction to make  India great and take  strides on the world stage and PM has made  brilliant emotional speeches  explaining   BJP’s  “Niyat” (Thinking) and  demolish Congress, opposition  and corruption. This has fired majority  Hindus and Shia Muslims with Nationalism with what IDF calls RSS-ISM’s  Hindutva. Military must heed that.

While  Stalin, Hitler, Churchill, Mao  and Mussolini steered their nations ruthlessly to greatness  PM Modi is doing it in  21st Century style of TV and Social Media.  India is growing and PM Modi has steered to tilt India into USA’s camp  and the West,  and promised Indians to get back POK where CPEC rides through. The new India and its fiery oratorical Leader worries  China’s leadership.

So President Xi Jinping agreed to an informal meet at Wuhan to gauge what India is up to and cool tempers over Bhutan’s Dokalam,  below Chumbi Valley. Both succeeded on aims  and now  both look  to Bhutan’s views. It is called the indirect Chinese approach, like Liddell Hart recommended in war for success.

But IDF must explain.  Chinese  use calculated approaches to solve problems. Indians are direct as the Karnataka elections show.  For example if X has been harmed by Y then to retaliate   X  asks   his neighbor, not directly himself   to covey to  Y  that if he does not stop harming X then X plans to break Y’s  wife’s leg when she is out shopping !   Think this over. It is relevant in the India Pakistan China triangle,  and Sun Tzu advised that an unfriendly neighbour’s neighbour should be your friend. India employs  this approach  with Iran, but now that  President Trump has dumped  Iran’s Nuclear Deal,  China could  move in further as and  not heed US Sanctions only UN’s. Money matters ! 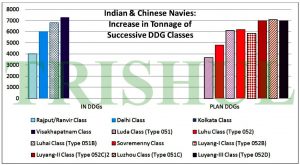 Indian will then be  looking at a Quadrangular challenge  and DPC can  be the forum to look to options with Chiefs and Secretaries as Iran is critical to India and never underestimate Iranian strategists !

The tilt is shown pictorially with  quotes  to re-affirm India is in USA’s  camp and  the 1000 ship Navy Adm  Mullen steered India in to with Malabars. Australia may not like to be included in  Malabar exercises, as China is its large trading partner.  Australia plays cool ! Always.

The  US and Indian Navy’s  incestuous relationship grew steadily  with six  Navy Chiefs graduating from NWC with Chiefs of other Navies,  and many others at lower Cdr rank and an Ex Indian Naval Chief is on staff there. USA has asked India to post officers in the Central and Indo-Pacific Commands.

IDF  has posted and reported  facts of how  President Macron met PM Modi in Delhi and told him France is a riparian Indian Ocean Power and will support (join ?) QUAD. In  London  PM Theresa May  supported  a maritime agreement for Indo Pacific with PM Modi. India’s time has come for QUAD Plus 2 and   a France Australia India IOR axis to ward China! The picture depicts  it.

USA, France and UK are in NATO. India has been  willingly roped in to the  Indo-Pacific Security  Structure to contain and  deter China ?  The West wants India as an ally  aware   India is stuck with two  crafty neighbors and the West  has to continue to humour  Nuclear Pakistan which has a say with Taliban for  China and now Russia  in Afghanistan. Indians will find the going  difficult in Afghanistan. President Xi Jinping and PM  Modi are planning  a joint project. One unofficial meet between China and India’s Heads   with many   differences may not  get joint projects going, —–Its business money, costs and how ?

A  joint article in IE  by C Raja Mohan of India, Rory Medcalf of Australia and  Bruno Tertrias of France, makes sense but it was before Trump nullified Iran’s deal.

.Q. If confirmed, what plans do you have for addressing these challenges?

Ans. Continue to fully support the State Department-led pressure campaign against the DPRK; Maintain a network of like-minded allies and partners  (India) to cultivate security networks which reinforce the free and open international order; Continue to fly, sail, and operate wherever international law allows and encourage others (India) to do the same. Be ready to counter the coercive influence of regional competitors;(Freedom of Navigation).

Counter transnational threats and challenges, including terrorism and illegal/illicit trafficking, and be ready to respond to natural disasters. (HADR India is best placed). Together, fully aligned with our interagency, joint, and combined partners (India now), I intend to ensure that PACOM is prepared to meet any challenge.(India is Inter-operable)

Second, I will work to recalibrate U.S. force posture(1000 shipNavy) in the Indo-Pacific to align with the recently released 2018 National Defense Strategy(India is mentioned). This effort entails ensuring the continued combat readiness of assigned forces in the western Pacific; developing an updated footprint that accounts for China’s rapid modernization; and pursuing agreements with host nations (India) that allow the United States to project power when necessary.

Third, I will continue to work to strengthen our alliances and bilateral partnerships as well as our current and emerging multilateral relationships.

The  Indian side admitted   relations between the  superpowers USA, China, Russia and India  are more intertwined than ever. From trade partnerships to strategic alliances, and   QUAD plus 2 have an important stake in the shifting nature of international relations so India feels its “Linkage with India’s ‘Look East’ (1991) and ‘Act East’ (2014) policies and Economic connectivity with India’s extended Eastern neighbourhood, India wants Good order at sea and freedom of navigation and Strategic deterrence against China”.

DPC has to streamline   Inter Agency Co-ordination  with railways highways and Home Ministry for security which will  bring in economy and the road map for Make in India for defence.  The Air Force has no  capability to build capital costing  fighter or transport planes and it must. The  Army has not been able to steer capability to make small arms, tanks or guns, though Tatas and Bharat Forge have made valiant efforts to make 155mm guns but  they were not encouraged and Ordnance Board was favoured for small arms and explosives and the Dhanush Gun and imports. There is no cost control system for PSU’s controlled by MOD who have vested interests and politicians needs the vote bank. So Defence Planning Committee (DPC) has to attend to organizational changes also. India’s fine Military cannot wait and wants to be steered by NSA and DPC. .