IDF Analysis of the State of the Indian Ocean after Commissioning of Gwadar.

Indian Navy Operates in IOR as the Net Security Provider (NSP) and China wishes to spoil the party, seeking a security say in the Indian OCEAN Region (IOR). Pak TV headlined Pakistan is ‘King of Asia with its Trade Corridor with Gwadar which will help ‘Brothers in Afghanistan and China’. Time will tell the effect on India, but India has to act faster on maritime matters than it does, and woo states in IOR, set up a Maritime Administration and have a qualified Maritime Security Adviser (MSA) to guide Maritime India, as PM and NSA have taken on tactical and strategic roles for India in secrecy, unto themselves.

USA has bases in IOR in Diego Gaicia, D’joubiti and Bahrain. Now China has bases in D’joubiti, Gwadar and seeks one in Maldives, which is going for broke. Blames GMR. 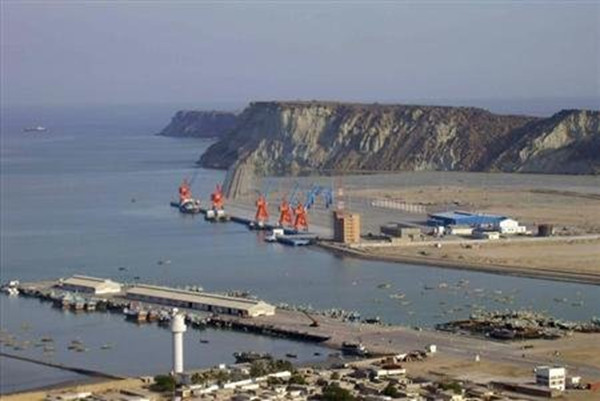 China’s MSR CPEC and OROB are beginning to show signs of coming together being strategic with commercial adaptations, but the adage is , “ Strategic interests brook no costs or morals”. Hence spending on strategic or Intelligence interests to safe guard the nation, can never be costed. Ambitious China knows that better than any. Like Brutus who loved Rome and killed Julius Caesar, Chinese leaders of CPC party love China and are ready to take on Julius Caesars.

China-Pakistan Economic Corridor (CPEC), a $ 46 bill project was launched jointly by China and Pakistan eight years ago and includes a warm water port and airport for China on the Arabian Sea with a 2500 km road, power projects, dams and facilities from Xinxiang through POK, which belongs to India. PM Modi media reported, made this clear to President Xi Jinping. He also said Baluchistan is an independent nation. At BRICs Summit Xi did not comment, and Global Times has written that if India gets POK it can negotiate and take over CPEC as per the Shakshgam International Border Treaty with Pakistan and Gen VK Singh was reported to have done a Phd on the subject from Bhopal. In India one can get Msc (Defence studies) and Phds without ever visiting a University. India objected to the treaty in the 1960s.

Article VI states “The two Parties have agreed that after the settlement of the Kashmir dispute between Pakistan and India, the sovereign authority concerned will re-open negotiations with the Government of the People’s Republic of China, so as to sign a Boundary Treaty to replace the present agreement.” 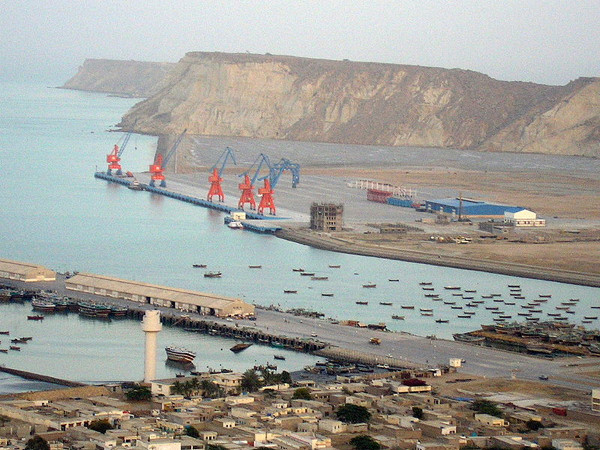 In time eight Submarines that China is building and giving Pakistan will be based at PNS Jinnah at Ormara and the fishing harbor is being improved at Pasni. Maritime Pakistan is being assisted by China as 21st century will see Maritimization.

India has pledged interests in the Indo-Pacific with USA. This will burden India’s small Navy with 9,800 officers, 57,800 sailors, 134 ships and 225 aircraft. Only half ships and submarines are of quality, and it is the manpower of quality and leadership that is Navy’s forte. Yet Navy has little say in Policy or budgets and too small a service to be heard in Inter Service matters, or maritime strategy be understood, as the land border interests Indians, called Sea Blindness.

MSR AND GWADAR FOR CHINA IS A STAGING POST

The ‘21st Century Maritime Road’ called MSR was initiated by Chinese President Xi Jinping in 2013 during a visit to Indonesia, as a signal to India, and the other countries around this region, that China planned to have a stronghold in the Indian Ocean, cleverly or unconsciously appealing for peace and maritime security.
China released a White Paper on its defence strategy in May 2015, which clarified the Chinese PLA(N)’s four tasks, and warned that maritime power struggles are bound to increase probably referring to SCS claims, USA’s pivot and India’s Strategic agreement with USA in the Asia Pacific. Navy would have given its appreciation of this to the MOD.

In the White Paper, China announced its ‘overseas stake-holding area’ (海外利益攸關區), thereby revealing the possibility of intervention in regions where China had made heavy investments. Gwadar is one now. This stake-holding area also includes sea lanes across the Indian Ocean, and in sum, China showed its teeth and claimed it will be more and more inclined to extend its model in the Indian Ocean, by mixing the economic cooperation with the countries in this region like Pakistan, Bangla Desh and Myanmar, in India’s neighborhood through the ‘One Belt One Road’ initiative.

China desires to finally transform its influence into more solid power, countering its ‘possible’ enemies, including the USA’s pivot and India’s rise. India will see a Catapult effect through its recent demonetization, with an unpredictable economic slow down before the fast rise. Defence and strategic spending could face rough weather, with less buying power. 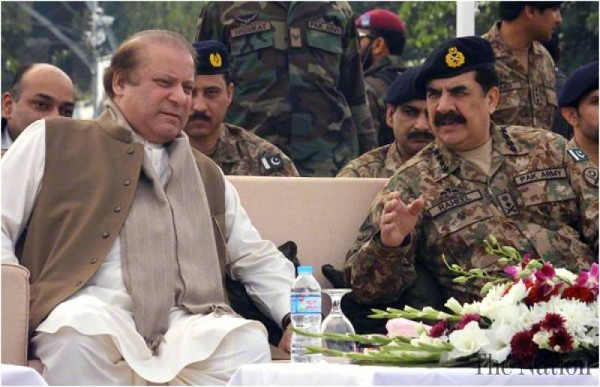 China did ask India to join MSR and OROB , but at NSA level India refused and has taken steps of its own to have berths in Chahbahar and neighbourhood but investment, security provision to the road to Zaranj and progress in Nepal, Bangla Desh has been slow it is reported. Shia Iran seems unsure of PM Modi’s plans for Baluchistan he announced on 15th August, which has seen uprising by Baluchis in Iran and Shia Sunni clashes in Baluchistan. Three days ago 50 were killed in a Shia Sufi shrine.

GWADAR IS A REALITY AND INDIA MUST NOTE

On 1st September, Prime Minister Nawaz Sharif inaugurated five developmental projects at Gwadar in Baluchistan, “I agree with my minister Mir Hasil Bizenjo when he says that Gwadar is Baluchistan and Baluchistan is Gwadar. Gwadar is Pakistan and Pakistan is Gwadar,” The development projects include a free trade zone which yield results and India has not understood though Navy asked shipyards be given this facility through Assocham, a business complex for Gwadar Port Authority, the China completed in six months Pak-China Government Primary School in Faqir Colony, the large Sawar and Shadikor dams for water catchment and Gwadar University. 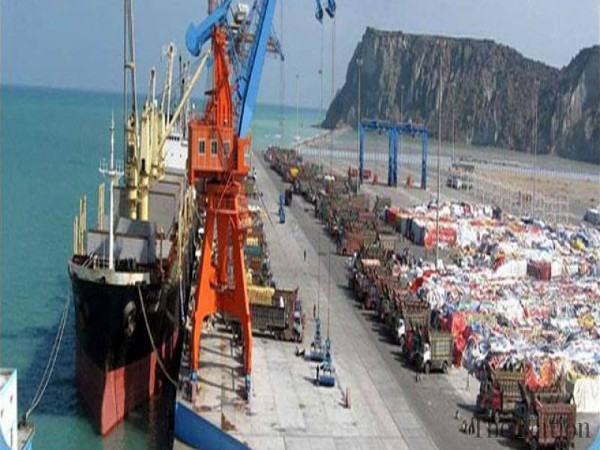 Chinese ships sailed to berths at Gwadar and trucks with cargoes for Middle East and Africa started from Xinxiang, thorough Kashgar and the high Khunjerab pass. The Chinese builders heard PM Nawaz state, “Gwadar port is not only important for Pakistan but for the whole region and for the whole world. When I came here in 1991 I was greatly disappointed after witnessing the poor conditions here but today I am very happy to see Gwadar becoming a prosperous city of Pakistan”. Land prices have rocketed.

On 13th Nov, with Chief of the Army Staff General Raheel Sharif, due to retire around 23rd, , Governor of Balochistan Muhammad Khan Achakzai, Chief Minister Nawab Sanaullah Zehri, Chinese Ambassador to Pakistan Sun Weidong and ambassadors of other countries, Prime Minister Nawaz Sharif opened a new opportunity for Baluchistan and formally inaugurated, and presented momentoes with speeches by Chinese and Pakistan leaders and commissioned Gwadar.

Visitors saw off two Chinese ships with cargo to Africa and Middle East from Gwadar Port on Sunday in an impressive ceremony after Koranic prayers.

Addressing a gathering the Prime Minister termed the cargo shipment activity at Gwadar Port as a start of new era and fulfillment of China Pakistan Economic Corridor dream saying, “Pakistan sits at the crossroads of South Asia, Central Asia and China and it will become a hub of economic activity through CPEC. We will put up all our efforts to ensure CPEC and all the projects under its umbrella are materialized within the given time. CPEC is for entire Pakistan and no region or province will be left out of it,” the PM said.

The Prime Minister said that apart from building several road projects in Balochistan, Rs200 billion would be allocated for construction of two-way road connecting Khuzdar, Quetta, Zhob and Dera Ismail Khan. He offered special incentives to the investors, and thanked the Chinese government for playing a substantial role in the development of Gwadar and other projects in the rest of the country. Indian Navy will have a new Naval neighbor.

Previous Post: HOW INDIAN NAVY EXERCISES HAVE CONTRIBUTED TO ITS OPERATIONAL EFFECTIVENESS
Next Post: NAVY’S DESIGNERS & STAFF BRANCH PLANNED – THE WEESE – MDL –DRDO- INDUSTRY HAVE DELIVERED CHENNAI WITH NAVY’s SELF HELP ——–SHE IS MADE IN INDIA !