This is an IDF Analysis of the Chinese Saying, “ May you live in interesting times”, as defence procurement on Make In India terms promised by NDA Government two years ago made mouths water. They still do.

But the Government in power is at war, any servicemen can appreciate. THE BJP and its RSS, Bajrang Dal and VHP supporters quieted their own few scams, communal actions and indecisions and have put into motion, what IDF calls “Relentless Strike” against corruption and Sonia Gandhi and her family and their accolades via the AW-101 and Finmeccanica and now Sanjay Bhandari OIS-AT disclosures. Its war for sure, not words of war. OIS first hawked the Birdeye radar for airports and hence the Civil Aviation connection mystery. 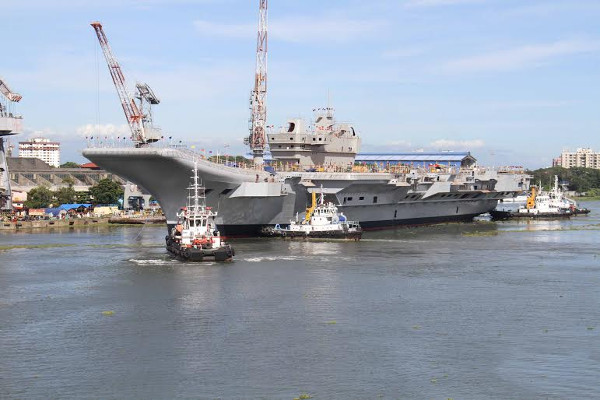 Victory for now seems elusive as the enemy Rahul, Vadra and Mama are not breaking down, and only if a trail of money emerges from Italy or from the OIS-trail or approvers then a change of leadership in Congress could spell worse days for the party in power if a new good leadership sans a Rahul in Congress rebuilds. But in all this the DPP is stalled and five groups are formed to recommend subgroups for strategic partnerships and to submit reports, which is one way of delaying the DPP as George Bernard Shaw said, ‘More the merrier’ ! Bravo. Parrikar may change in a shuffle.

Interesting times these are . Ash Carter tells us our Security partnerships and on LEMO, still a lemon. PM Modi speaks hypnotically well, but 2002 Gujrat killings come alive with convictions 14 years on. That’s justice . Teesta Setalwad and Ford Foundation are back in form. What next.

RM Parrikar says its Indo-Pacific and BrahMos to Vietnam which is unlikely and all three are happier traveling, as China fears the USA India stout combination but says no to NSG unless India joins NPT and does not care what ITLOS decision is in South China Sea. The next step Raja Mohan will tell us ? is it Chahbahar and a port in Bangla Desh, and a dam in Afghanistan but India’s stock market is on a roll as lots of cash has come into circulation. It’s looking great on the consumption front. Buy a Mercedes, give it to your underage son to kill, as in war is on the roads with rapes all over. These are interesting times.

But for the elusive actionable annexures of the DPP-16 , MOD now looks to five sub groups to recommend Strategic Partnerships with a Government Rep and rep from Dhirendra Singh Committee (DSC) or Atre Task Group(ATG) in every Industry committee. Submarines have Radm Pritam Lal (retd DSC), Helicopters and Aircraft has CMD HAL,Mr Mohanty (ATG), Ammunition has Lt Gen AV Subramniam (retd ATG) and Micro Management of Processes what ever it means, has experts Mr Dutta and Bhattacharya (ATG). Good luck to them as Competition Commission and Competition Law comes in the way and one legally cannot restrict nominations by MOD , so experts say the DPP could require the protection of the Parliament or Ordinances are there as a Nawab’s land given by Supreme Court is snatched by Ordinance.

MLA too are in scams and overall it seems spines of people in positions of power are no longer straight, the social contract to serve the nation faithfully stands broken and even service seniors have to go with the flow. Intelligence agencies do not seem to be proficient to advise or warn Government of wrong doings and Government is taken by surprise despite two years in office. Hubris of power has set in. IDF wonders how many cases the CBI can handle, as its one a day. World over, Int heads are not heard or seen but in India they come on TV and confuse MEA as Ambassadors have also become tourism agents. A Policeman will be a policeman. A loyal lucky Thanedar Kiran is now down South.

The fact that even arms could build up in a city like Mathura under Police noses shows more such in the country go unreported or not acted upon. Its Blue Star anniversary Tavleen Singh boasts where she used her Dad’s name to enter the Maj Gen’s office Durbar to scoop news. India’s economy is doing well we should not feel secure. Internal security is crucial to be kept secure by the Police and Para Police or Army will come under stress in need even to control our JATS.

Yet the attributes are special for every country and so for India Bhanu Pratap Mehta writes in IE on 31st May that Mao and Stalin’s actions drives many in India, without mentioning Hindutva or their Pogroms. Even media are in a war like strategy anti Congress going with the flow to write their Requiem. Not when Congress was in power. ND TV and ZEE rose read Chandra’s book THE Z FACTOR.. 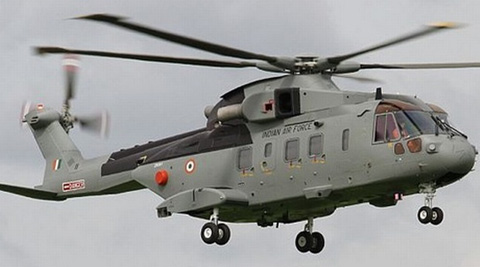 All in NDA are shouting cancel DEFENCE contracts, go in to old accounts even of an ex RAW Chief, find every thing about the Gandhi family by hook or by crook. IDF writes this in humility as the fear is National military security may suffer as in the past, like with Bofors and HDW cancellations with no fault of the Armed Forces, and morale drops. Money cannot buy morale or may be it does !

1. Bofors scandal put paid to 155mms for the Army for 25 years and the drama saw no money trail. L&T, Tatas, Bharat Forge, OFB and others have spent crores to provide guns but a Strategic Partner is awaited.

2. The HDW submarine scandal was never proved for its money trail but was cancelled and the Navy which built up an excellent submarine building facility at Eastman Yard in MDL and Submarine design group in NHQ in the 1990s and became proficient was cancelled and stalled so every day we hear our submarine ORBAT is pathetic. A strategic partner is awaited.

3. CNS Adm Vishnu Bhagwat who had made enemies in MOD even as a Rear Admiral when he saw bureaucracy in MOD abets corruption, tried to become a savior was sacked by a NDA government. Chiefs with CDS thereafter only speak when spoken to or to guard their turfs and IDF does not blame them. It’s the flow.

4. ADARASH scandal was another which even NDA in two years cannot solve and less said the better as Navy knows what it was all about and is still BJP Vs Congress so the Relentless Strike continues. Many honest servicemen are stuck.

5. A journalist aided by an Intelligence agency wrote Army is planning a coup and heavens fell upon the Army to explain. An Army chief fought the Government tooth and nail and lost but is winning in the Relentless strike.

6. And IDF watches the scene as Arnab preaches from his Mumbai studio as the Prosecutor, Defence Counsel and Judge and our over worked Chief Justice sheds a tear. Navy’s top appointments came in at last minute and IDF was not surprised as all were busy in War.

The Chinese saying has mixed meanings and certainly MOD and hence the Armed Forces are not only feeling the hot weather but the heat of scandals, poor investment climate of FDI in defence and the groups above are working over time. 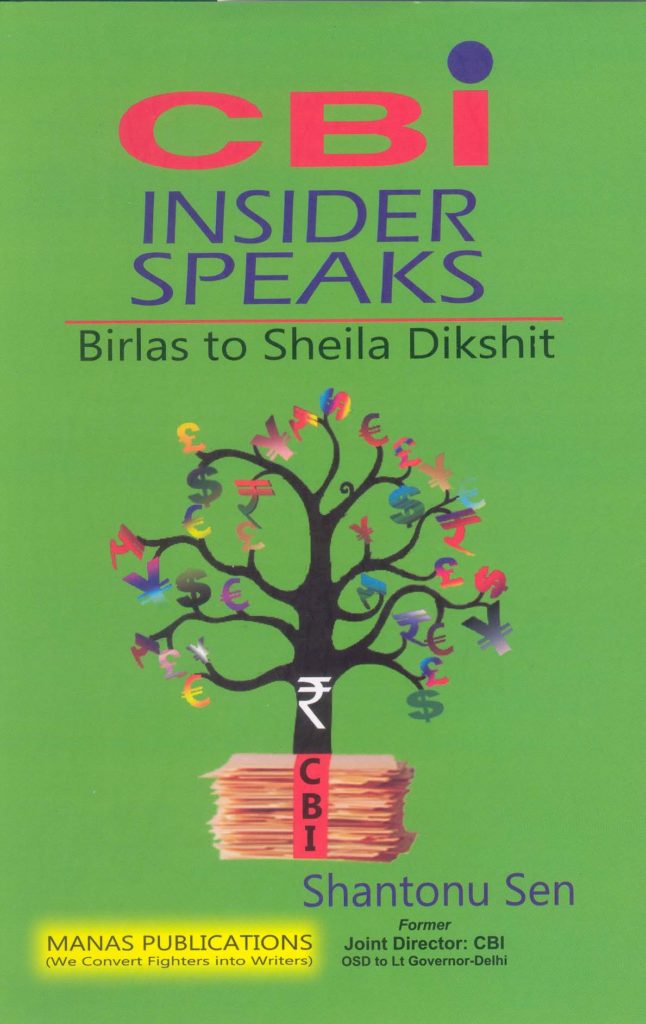 Finmeccanica is banned and all tenders cancelled and it has changed its name to Leonardo-Finmeccanica and all its subsidiaries have been black listed. So it says it will retaliate Competitors are waiting, listed below.
SELEX 40L Lima band long range air warning radar for Vikrant at CSL ( mast ready see pic) may have already come, 75% Ottobreda 76mm guns to BHEL may suffer, and the 127mm guns for Type 15B destroyers stand jeopardized. Russia with 100mm is ready as on other ships.

SEA KING/Ka-28PL UPGRADE was to be done by Finmeccanica but team of IAI & ELBIT Systems is the most likely default winner now. IAI also is the only OEM apart from SELEX ES that produces AESA-based MMRs for both naval helicopters & UAVs. IAI’s ELTA subsidiary on the other hand supplies glass cockpit avionics. PM is going to ISRAEL some time.

MAITRI SR-SAM. The naval SR-SAM project with MBDA (in which Finmeccanica has a stake may be terminated & that’s why DRDO is now jumping & thumping its chest about the Astra Mk.1’s suitability for the naval SR-SAM , which going by the DRDO’s performance will be available only after another decade !

BLACK SHARK HEAVY WEIGHT TORPEDOES (HWTS). The Seahake made by Atlas Electronix Germany, DF-21 by DCNS SAAB’s 2000 and Spearfish UK are alternatives as and all 3 SSBNs–S-2/Arihant, S-3/Aridaman & S-4–will use Russia-built TEST-71ME-NK & TEST-71MKE torpedoes..

These and a swift DPP should engage MOD and Int agencies need help ! India’s rise must be seamless not jagged. Shan No Varuna…Bharat Mata ki three Jais. IDF means it, the tide is for India. Forget the past as many men tell to be happily married for the future. There are 56 inches of work to be done daily. Finding few crores here and there of the past may not help. Lawyers will only benefit.