A perception that has irked Pakistan and China, is that India is becoming USA’s close strategic friend and ally, and this has become a reality over time. India’s military and foreign policy moves and exercises with Intelligence exchange , inter-operability with military purchases of over $ 12 bill and a technology transfer deal (DTTI) are glaring pointers. In the maritime domain India has established close co-operation in the region and with USA’s allies Australia and Japan, and brought in Japan to invest in Iran’s Chahbahar port, sealed with $ 500 mill for Chahbahar port development and connectivity to the Central Asian Republic (CAR) by PM Modi after USA lifted sanctions. PM Modi courageously signed a Joint Strategic Vision with President Obama for Asia Pacific which includes the South and East China Seas and Senkaku islands to ensure Freedom of Navigation as per UNCLOS 1982, though short of joint or coordinated patrols, that USA expects. 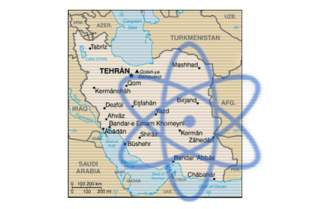 China announced the One Road One Belt (OROB) and CEPC in Pakistan and it is completing the Karakoram road and the Gwadar port 75 miles from Chahbahar. India has offered its own riposte with Iran and USA, raising the stakes.
China also regulates free navigation in the South China Sea and USA and India have wowed to ensure there is no denial to innocent passage to white shipping (merchant ships) and warships as per International law. To fortify its grip in the South China Sea, China has illegally reclaimed swaths of rocks and consolidated its EEZ claims by settling Chinese nationals on reclaimed islands with military forces and is preparing to reject any unfavourable verdict by the International UNCLOS Tribunal on Philippine’s arbitration appeal which challenges China’s historical claims in the South China Seas.

A high powered Chinese team of maritime experts led by Dr. Wu Shicun, President, Institute for South China Sea Studies, Mr Ye Hailin and two naval researchers and a legal specialist M/s Yan Yan, Deputy Director, Center for Oceans Law and Policy, spoke at IIC on 17TH May facilitated by BJP’s Vivekenda International Foundation (VIF) and the Chinese Embassy in Delhi, to justify China’s historical claims. India has objected to the claims and wants China to abide by International Law as EAM Sushma Swaraj stated in Manila on a visit, calling the area as the Phillipines Sea. 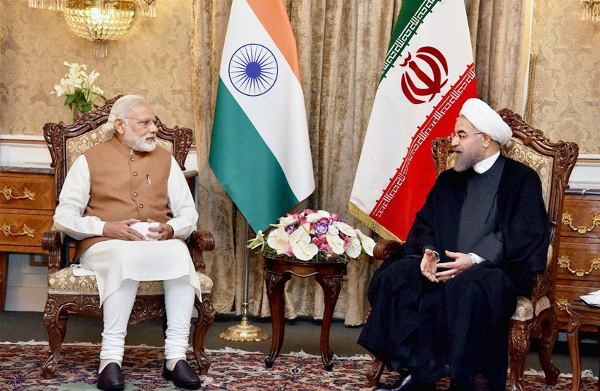 THE NAVAL CONNECTION TO US INDIA FRIENDHSHIP

It is no secret India’s growing closeness to USA was fostered by Indian Navy’s co-operation with US Navy at sea after Lt Gen Claude Kicklighter signed an ‘Army to Army’ co-operation agreement in 1991. Navy has since executed 20 annual Malabar exercises and one QUAD, that began in 1992. Last year Japan formally joined as a permanent partner and the Mlabar exercises include advanced maritime interdictions, submarine and aircraft carrier fighter operations. Navy’s moves made the Indian Air Force and Army to follow suit with exercises and order US hardware as Soviet Union faded away. In 2005, then Defence Ministers Pranab Mukherjee and Donald Rumsfeld signed a one page incestuous Defence Framework in DC as a prelude to a nuclear deal. MEA bent backward to pursue the nuclear deal with a dream team, to get accepted as a nuclear power and import light water uranium reactors. President Bush convinced the US Congress to accord acceptance and ensured China did not object in the NSG in a pro quid quo, that USA would not object when Pakistan gets nuclear plants from China in the Grandfather agreement. This trajectory has steadily moved forward and transformed India’s standing in the world.

Fortunately, to add grist to this explanation, it needs noting most senior Naval officers including retiring CNS Adms RK Dhowan and Joshi who resigned were graduates of the US Naval War College (NWC) Rhode Island. Seven became Chiefs, with close US bonds and regular invitations to USA in and after service. A former Navy Chief and Ambassador to Canada Adm Nirmal Verma has been allowed to take up the post of a senior researcher with Government support at NWC just weeks after demitting office. Governmental interactions at all levels and PM Modi’s closeness to President Obama and their exchange of visits and in camera discussions play a key role in India’s strategy formulation, as PM Modi has a vision for India.

Secretaries John Kerry and Ash Carter’s multiple visits to Delhi and Goa and discussions with PM, RM and NSA could now well consummate a modified Logistic Supply Agreement (LSA) called LEMO which has maritime content, to call at each other’s ports and use Indian shipyards for repairs. This could happen when PM Modi visits USA in early June. USA is keen to follow up with the CISMOA Communication agreement, and space co-operation agreement BECA.

The US House of representatives recently passed a landmark ‘US India Defense Technology and Cooperation Bill” on 23RD May which will pave the way for closer co-operation with US, and the QUAD partners, Japan and Australia. USA is losing patience with Pakistan and there is a thaw between the political and military leadership in Pakistan, exacerbated by poor governance, shortage of water and power. The disclosures of PM Nawaz Shariff’s properties abroad and his accounts listed in the Panama Papers, has seen Imran Khan demand his ouster. US Congress has not approved the sale of F-16 fighter jets and made the $ 600 mill US Aid conditional to Pakistan military taking action against the Haqqani network which has caused the death of so many US service men and contractors.
Pakistan has long been dubbed as the Epicenter of Terrorism, but the world especially USA never took any punitive or economic action or sanctions against that country worrying it would be an Islamic nuclear bomb nation, but it is now sees it is more Islamic and devious than most countries. Pakistan’s days of pretending to run with the hares (US military and ISAF ) and hunt with the hounds (Talibans) seem over. USA is seeing sense to ‘Box in Pakistan to come on line and thwart its China nexus’, and is using India as its cat’s paw, which suits India as long there is peace and stability in the region. 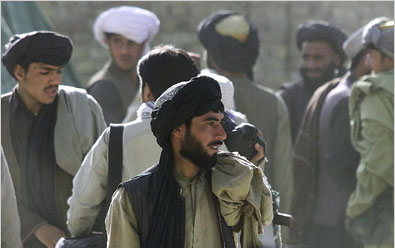 Media reported that around 40 Indian nationals are employed under official protocol, as engineering consultants in Nawaz Shariff’s family owned Ramzan Sugar Mills with head office in Lahore. Indians continue to work at mills at Chiniot, Ghotki, Rahimyar Khan and Faisalabad with visas issued by te Pakistan High Commission in New Delhi and exempted from police vetting. Many were listed, and two of them were named R & AW agents and were arrested based reportedly on the intelligence shared by Cdr Jadhav, according to the Pakistani media. Jehangir Tareen of the PTI political party supported the Indian consultancy company in Pakistan in 2013, who put up 2 plants with their engineering support in United Sugar mills and Gothki Sugar Mills with Chinese equipment.

In March a former naval Cdr Kulbhushan Jadhav was arrested by Pakistan authorities either in Iran, Baluchistan or from his boat at sea and is accused of being an Indian spy, and is in Pakistani custody. Article 36(1)(c) of the Vienna Convention on Consular Relations states, “Consular officers (Indian) shall have the right to visit a national of the sending state who is in prison, custody or detention, to converse and correspond with him and to arrange for his legal representation”. Indian diplomats are unable to meet him. Pakistan has not agreed to give India access to Jadhav and surprisingly India has not requested a friendly mission in Pakistan to gain access and report, a normal accepted courtesy .

Pakistan suffered another embarrassment on 23rd May when Mullah Akhtar Muhammad Mansour, leader of the Afghan Taliban, was killed by a US Military drone traveling in a white sedan along a lonely highway in Baluchistan. It is not exactly clear how the Americans tracked Mansour, and if Iran helped or US got intercepts , as Mansour had gone to Iran for medical treatment, reportedly on a Pakistani passport. In three days Mawlavi Habitullah Akhundazada son of Mullah Omar founder of Taliban was elected Taliban leader.

These are interesting times in South Asia as Kabul suffers attacks, Taliban is being hunted and PM Modi heads to USA in early June. Media reported PM Nawaz Shariff proceeded to London for a medical check up. The US –India- Iran noose seems to be tightening around Pakistan, and could checkmate China’s moves. Interesting days lie ahead.

Previous Post: IDF ON INDIA’S 65,000 TON AIRCRAFT CARRIER. USA’S PULL TO SELL EMALS SHOULD NOT SWAY THE NUCLEAR OR CONVENTIONAL POWERED DECISION
Next Post: INDIA MADE KALVARI AND ARIHANT GOT GOING UNDER CNS ADM RK DHOWAN WITH A DIGITAL SELF RELIANT ASPIRATIONAL 50 SHIP ORDER -HIS LEGACY