This is an IDF 900 worded Analysis and why Beijing is claiming Ladakh. Military Commanders talked at Moldo with no traction. Chinese think long term and deception and patience are their assets as Amb Shyam Saran explains and is quoted with his permission. 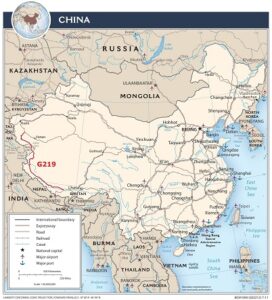 IDF Analysis is that China is gambling to tire India out and ensure ‘spends big’ on Military needs as World economy totters. A concerned Premier Li Keqiang stated “the domestic and foreign environment in China remains complex and uncertain,” and urged authorities, “must insist on tightening their belts.”. Groucho Marx had said, ‘Its the economy, stupid’. Economy will impact the end state between India, China and Pakistan.

In 1991 India went broke with no FFE with defence import spending and Op Pawan and in the Oil sector, with hordes of corruption (Quatrocchi in Snamprogetti was an instance). In Op PAWAN 1400 OG souls died and no one asked for an inquiry to learn lessons. Op Pawan suffered from poor Command and Control and it seems,  it is being repeated.

By joining the dots, China’s military moves in Ladakh across the Line of Actual Control from April seem planned by China’s Central Military Commission(CMC) after Home Minister on 5th August 2019 in Parliament abrogated Article 370 and declared Aksai Chin (part of Ladakh) and Pakistan Occupied Kashmir(POK) as India’s. To safeguard projects under construction in the CPEC and Aksai Chin began in  China hiding its intentions in April crossed India’s LAC surreptitiously at four places.

ITBP suffered the first sting at Pangong on 5th May, but seems satellite pictures were missed while media showed gory clashes and Army Chief said it happens. Military leans on Intelligence agencies, and the China Study Group which lists Patrol Points and the two, the Home Ministry with 180 forward  ITBP posts(IB embedded), and MOD with Army in the rear.

There is dual Command and Control a relic of 1961 when BM Mullik set up forward IB posts with mules he explains on page 311 to please Nehru in his memoirs My Years With Nehru. This makes reporting and reactions slow and analysis challenging like in Op Pawan when RAW was the nodal authority and military did not know it had a mole. Aims were set by Prime and Defence Minister Rajiv Gandhi and MEA. In India responsibility lies with the Cabinet and by its Control so PM is De Facto the Commander in Chief as per the Constitution, and PM Modi has shown that.

China is bent on propping up Pakistan’s defences now in POK and hastening the supply of munitions, four ships and eight submarines for Pakistan’s 50 Ship Vision with a gratis training submarine from China, and making bases at Gwadar, Ormara and Tarbat near Jiwani next to Iran’s Chahbahar. Turkey is supplying Milgem OPVs. Pakistan’s new map including POK, with Gilgit and Baltistan as a province of Pakistan awaits November elections as Pak Army moves in. Pakistan is the centre of gravity to and needs to be throttled for the end game, before China becomes a resident. 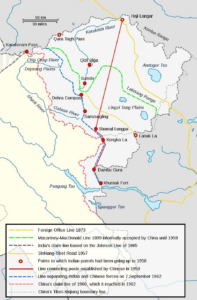 . EAM Jaishankar in, ‘The India Way’ quotes Zhuge Liang, “The wise win before the fight, while the ignorant fight to win”. Chinese Staff Colleges teach Sun Tzu’s Art of War(544-496BC) as the philosophy of war, and Zhuge (181-234) as Principles for War. Sun Tzu and the chicanery of Chinese strategist Zhuge Liang’s thirty six stratagems need study

Chinese are called Kiasu people as it means they dread losing (face) in any situation, even in sports, so the Stratagems by Zhuge Liang are a collection of tactics like proverbs to win, described as “gems that speak to the cores of Chinese society.” Chinese children learn them like nursery rhymes or Indians learn lessons from the Mahabharata, Gita and Ramayan.

Sinologist John Barka writes, “ they are taught in school, in literature, in folk opera and even in television programs as part of the collective unconscious of most Chinese people and the military”. Sinologist Ambassador Shyam Saran in a lecture in 2012 in memory of K Subrahmanyam, describes one of Zhuge’s action of deception, and how he deceived an intruding force to flee. Shyam Saran writes, “What is required from our strategists and diplomats is to understand this important instrument (deception)in the Chinese strategic tool-box and learn to deal with it effectively. Perhaps we should take to heart Zhuge Liang’s advice and enter the mind of our Chinese interlocutor to judge his mental and psychological construct.” 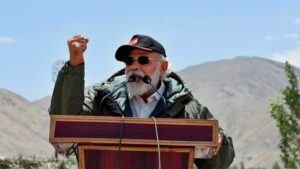 Few selected Zhuge’s stratagems are listed. Parenthesis are by this writer to ponder over.

1) Cross the Sea(LAC) by Deceiving the Sky: (EXERCISE IN TIBET), but hide your true intentions.

2) Besiege Wei (SHYLOK PASSAGE) to Rescue Zhao(AKSAI—G-219). Attack their Achilles heel.(GALWAN DEPSANG and PANGONG where Chinese built a road Finger 8 to 4 from 1999). 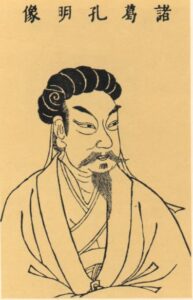 3) Relax and Wait for the Adversary to Tire Himself Out (MILITARY TALKS). Exhaust enemy and wear them down(SPENDING).

5) Pretend to Advance Down One Path While Taking Another to get what you really want.(AKSAI CHIN & CPEC & SUPPORT PAKISTAN)

7) Conceal a Dagger in a Smile. (XI JINPING’s 18 MEETINGS and HUGS WITH PM MODI).

In conclusion.India will need a partner or partners (QUAD Plus) to face the China-Pakistan nexus. 36 Strategems of Zhuge Liang and the Chinese word KAISU are on Wikipedia this link. A lend-lease charter with the US will bolster India’s maritime security” is live on South Asia Monitor (SAM).

Links for Command and Control.

And a gem for today by Groucho Marx for oldies. A man is as old as the woman he feels. Shan No Varuna.

Previous Post: INGRESS IN GALWAN IS A ‘REPLICA ’ OF 1962 BUT PM MODI’S “KAAM KE BAAT” TO SPEND ON SECURITY WILL DETER CHINA IN LADAKH & ELSEWHERE & POSES A THREAT TO CPEC & POK AS XI JINPING & CCP FACE ECONOMIC UNREST & A WHO INVESTIGATION & THE WRATH OF NATIONS
Next Post: NET CENTRICITY-& SDRs ARE WARFARE & INTELLIGENCE FORCE MULTIPLIRS —- INDIAN NAVY IS NOW NET CENTRIC WITH US NAVY FOR MDA 24X7 & WITH QUAD IN EXERCISE MALABAR