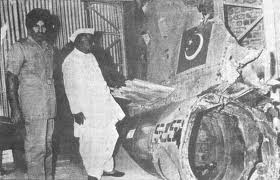 This is an IDF Analysis of the Army Chief’s declaration  that India’s  Army should be ready for a two front war, possibly   after assessing the  manner of China’s dire threats in the Docklam plateau to teach India a lesson. Few know India proved Chinese are no longer 6 feet tall, but as media is free in India, critics were many, shouting War Drum Beats.

China warned India  to remember 1962 ! Very strong words no Army Chief could have tolerated. So was it semantics or a message to the Chinese to beware  India’s  Army,  Navy and Air Force.   PM and RM need to say something  to the nation too, as they did well with NSA FS and his team.  Semantics builds morale.

IDF Salutes the Indian Army that timely and successfully  halted  and held PLA Road Building party for 71 days that was  brazenly building a road in Bhutan, with no heed to that small nation’s protests reminding China of its agreements for status quo. 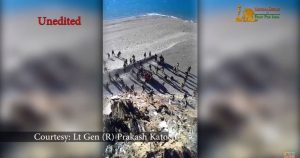 Unlike belligerent neighbour Pakistan,  that gave away India’s Shashgam valley to China  in 1963 in an International Agreement Bhutan refused to barter Docklam for lager tracts of land offered twice by China. Bhutan deserves  India’s appreciation and support. Talk of war  was in media in those 71 days.

The Defence Secretary is responsible for India’s defence and must have weighed all  issues, and  discussed with Army and other Chiefs  as they must have met often over Docklam. Fear of war existed.

Army units in Sikkim and Notrth East and Ladhak  were moved forward, and China seemed worried in to the 50th day of the stand off. The new RM Madam Sitharaman should ask in her visits to Commands,  how ready they are. If  the balloon goes up, it will be her baby.

The Def Dec is just a bureaucrat !Art 311 to see he is fired does not apply to him, like it does to Service Chiefs or Service officers. Most a Bureaucrat can get is another Ministry as in Adm Vishnu Bhagwat’s case as RM knew law was on his side.

Two war scenario  is being  discussed in  professional circles world over, as  a two front war will need  the newly formed Mountain Corps to have its own wares and M777 155mm Howitzers and Attack helicopters along with missiles and  the WWR filled up, which RM has assured. This is good news. Will Navy need two navies or will USA and Japan and USA give intelligence, MR, MDA  and Cyber support critical elements of war, China should fear ?

There will have to be exercises on two fronts simultaneously  as in  Op Brasstacks and Op Chequerboard and a National Exercise Brassboard  for which templates exist and War Book be updated.  The Air Force will need more fighters to take on Chinese and Pakistan planes and India’s Ballistic Defence will have to be proved. That will deter any nation.

For defence companies in India and abroad it means more defence buys. Make in India has not progressed under two RMs, but RM  Shrimati  Sitharaman wows  she will ‘Make in India’.  She should Strategic Partnership rules of business should be a priority and Command and Control by theatre commands and CDS that Adm Arun Prakash recommended twice in Edits and PM ordered at Commander’s Conference. 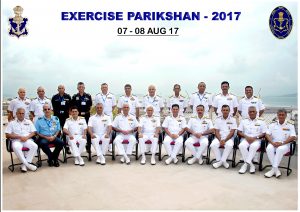 The efficacy of Chief’s of Staff Committee (COS)  needs to be researched by senior non partisan professionals for  failures in all wars except 1971, and they are all there to judge. The  Committee in 1962 was non functional, in  1965 when Air Force as called in over night by Army Chief  Late Marshal of the Air Force ARJAN SINGH IDF salutes on his passing away at 99 responded totally unprepared but scored goals as the war progressed. Op Pawan was disastrous with 1400 Army souls lost. Op Kargil COS could take decision only when Gen VP Malik returned from abroad.

1965 September war was a stalemate.  The Navy was told to stay in port despite Navy Chief Admiral BS Soman’s pleadings, and ordered by a Joint Secretary to stay close to shore. The  Leadership had no experience of a Navy’s role and capability and Pandit Nehru leaned on Britain’s Royal Navy to take care of the Indian Ocean Region.

War is serious business as Churchill always emphasized and told Intelligence, “Give me  even the bad news to fight and win the war”  and ordered  to get in writing what  ever he ordered within  48 hours. Later that helped him to recount  2nd World war in Volumes and win the Nobel prize.

On procurements, Goal posts kept changing. Navy’s future plans for IAC-2 Vikrant delayed at Cochin Shipyard Ltd with  multi role helicopters promised by FM Arun Jaitley when he commissioned INS Kamorta  two years ago  at Vishakapatnam, 8 MCMV and 6 P8i submarines have been postponed as the exchequer is strained.  President Putin awaits signature for two Krivacks lying 70% ready at Yantar to be completed at Goa Shipyard Ltd. IAF and HAL have conspired to delay the ROSTEC 226 helicopter deal media reports.

IDF writes this as the party in power controls the Gun,  and political leaders must understand the Gun and its capability and have a clear vision of the   Nation’s  national  interests and craft  a strategy. Only then will  the   nation  deter enemies. War is the last option when Diplomacy fails and use of nuclear weapons is not a option as they are for deterrence, or by a maverick leader.

Except for  India’s Navy which has crafted  a diplomacy and strategy scheme for  peace and war, no other service has a clear Strategy document for every member, the politicians  and the nation to know its role. The tactical  war plans with diverse contingencies are highly classified and now two front war must have been added.

India’s army is big and has boots on ground, to  hold and gain ground in war, the Navy provides strategic support to destroy enemy assets at sea and now provides missile support to land forces from the sea and amphibious transport and landings. It needs joint planning under a CDS.

The Air Force is a very powerful tool for swift attack to destroy enemy assets from the air and safe guard the nation from attacks from the air.  It has to accept it is Army’s support arm on land. This fight lingers with first step for the Army to get Apache attack choppers. It will take time but Air Land battle strategy and command and control for two front war must be clear who gets what even if it is semantics.

Both India and Pakistan are nuclear capable nations and do not know if they want peace and reconciliation over Kashmir mainly or war. Currently India does not want diplomats to   talk unless Pakistan  terrorism stops and India demands POK back.  Strategy has shifted over Kashmir to cleanse it of terror and Amb Abdul Basit has become an anchor on Pak TV to explain Kashmir to the world.

In India little official facts  of the wars India has fought and  orders Ior aims given or even Nuclear programme is known.  K Subrahmanyam wrote   PM Narasimha Rao told him he had verbally told PM Atal Behari Vajpayee all he knew about the programme. PM Vajpayee changed India’s status by the 1998 bombs he exploded as he knew capability.  RM George Fernandes called China Enemy No 1. Both were right. Army Chief has blown the warning bugle but he cannot say what IDF analyses. Shan No Varuna.