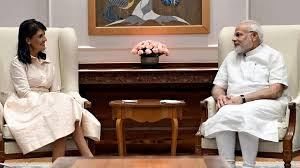 This IDF post  is about India’s critical  geo-strategic and economic challenge to face USA’s sanctions and begs the question,  will Strategic  Autonomy that PM Modi desires be possible, for India ? The answer lies  in President Trump’s mood which PM Modi has stoked by inviting him to Republic day 26th Jan, 2019 .

After  PM Modi’s off  the record chats with Xi Jinping in Wuhan to maintain peace post Doklam and exchange of films etc, the space maps show consolidation by Chinese, a road to the  Dosa canal below the  Jhamperi  Ridge which Bhutan claims, but can do little, and beefing up of communication facilities, and planes and UAVs at Shigatse airbase. So China  watches  what India will do about Doklam and Trump’s sanctions on Russia and Iran  that US Congress and EU were  not in favour of as members of JCPOA. But EU has succumbed.  Will India do too ? It is a Hobson’s choice.

PM Modi has promised Putin India would  buy  weapons like S-400, another  Akula on lease and four Krivacks and support weaponry like Su-30MKIs, ships, planes and helicopters  and may buy few  FGFAs and set up two more Nuclear power plants, so the stakes for India to keep it’s word and maintain links with Russia are high. India buys 10% of its  oil from Iran, and Iran wants  the pending dues for Chahbahar where  India needs to stay for its connectivity with Afghanistan and Central Asian Republics and get support on businessman Cdr Jadhav in prison in Pakistan.

Nikki Haley Trump’s messiah   told PM Modi home truths about CAASTA.  Modi looks more glum than he normally does, as he knows Trump means either you are with me or against me.  Russia may raise it with Trump on 16th July or  with  Iran await the outcome of  the 2 Plus 2 talks were EAM Swaraj and RM  Sithraman were to charm Pompeo and Mattis in DC to give exemption from CAASTA. In they offer to sign CISMOA as COMCASA and possibly order 9 Apaches for the Army and 28 Atomics Avenger Drones for the Navy  to please Trump in the  postponed  September talks and venue may change to Delhi. This adds to the uncertainty, in an already uncertain state in the world, India cannot escape. . 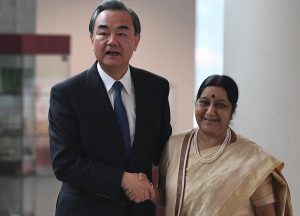 India’s Autonomy   will depend on disruptive Trump,  not   India’s.  Will  Modi stand his ground if USA does not give exemption as China has  a  Creeping Strategy which  IDF explained as the strategic board game  to surround India in the String of Pearls strategy. China  crept into Shasksgam valley of POK in 1963, built  the Karakoram Road and elapsed  the South China Seas from 2005 to consolidate rocks into islands,  entered  IOR with Horn of Africa patrols from 2006, built and took over Gwadar and soon Ormara and Jiwani and a base in Maldives and Hambantota since 2007 and  CPEC in Pakistan and Dijbouti since 2015 with a new jetty, all to trump India. Kissinger told Chinese, Indians play chess which is tactical and reactive in moves, nor strategic like GO , and Indians have no speed of execution.  IDF hopes we do not wait for 2 plus 2 and trump USA.

Indian  has  a Maritime  Iron Curtain  in Singapore, Duqm, Assumption island (IDF is assuming after PM gave a dole)  and Sabang where a INS Sumitra called to see how to build facilities. India owes money to Iran for Chahbahar.

China wishes to  barge in to the Net Security Provider (NSP)  barrier of  India.  Egged by China through the Sri Lankan PM’s Pathfinder Foundation,  their ex Naval Chief wrote a Code of Conduct for the IOR but he was given a shut up call with three no trumps by India (Navy ?) ! IDF too does not know the workings of  NSP which was  a proposal by ex Navy seal Richard Armitage,  for joint patrols. PM Dr Manmohan Singh announced NSP on 13th Aug, 2013 near  Gurgaon while laying the stone for the National Defence University. 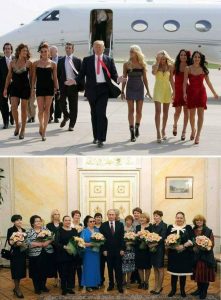 Nearer home the Malabar Exercises have pleased USA but many of  India’s maritime  assets are in  decline. The  Navy in defence  with low budgets keeps saying Indian Navy has Capability explaining PLA (Navy) has Capacity only in numbers. IDF calls it the 1962 syndrome of complacency as it takes time to get capacity and deep pockets, but capability comes easier. PLA(N) learnt a lot even from Indian Navy in RIMPAC but this year it has been kicked out by USAOF .

China looks long term and  has crept into Bhutan’s Doklam and has used the collapse  of the Soviet Union wisely to befriend Russia as it gets 20% of its oil from Russia and some weapons. In  2014 India turned hard right  to USA under PM Modi and this has worried Russia. India has the Mir Kasim trait  that politicians use to change sides in India—Principles be bowled.

IDF is clear President  Trump plans  to trump China and Russia,  by hurting their  economy  but a research visit to China shows its  capability to do business and manufacturing indicates   China has matured like USA did with  internal consumption and the $ 13 trill  economy is  creeping  ahead and will  grow at  5 to 6% minimum  to challenge USA’s $ 20 trill, especially  if BRI succeeds in two decades and its maths.

Two war prevention security blocks  are also  forming. One is  USA, with Japan, Korea, Indonesia &   NATO and an animal called QUAD with India on one side as Trump asks Europe to chip in more to NATO (2% of GDP). The other is  cash rich and  technologically cyber rising China with Artificial Intelligence in SCO.  India has become  a member of SCO with Pakistan and pays for the membership for  holding hands with a powerful Russia rising on Chinese built crutches. Pakistan’s   military is  in  cahoots with China for BRI and CPEC. A  nuclear North Korea is with China, playing Sacred games with Trump and Pompeo. India is in Chinese camp too for military exercises.

IDF also  explains  China’s  BRI is actually a  infrastructure Dole for strategy. IDF relates the famous story. In 1932, Engineer Strauss designed the  Mile long One Span  Bridge for San Francisco, which   was broke like our MCDs in India in the Depression era.  Strauss approached other banks who rejected and finally A. P. Giannini, founder of the Bank of America for help. Convinced that the Bay Area needed another  bridge, Giannini told Strauss, “We will take out  bonds, because you said the bridge  will last for ever, so it will play back.” It did,  like the Noida and Gurgaon toll roads, which have paid back earlier than Delhiites thought.

Belt and Road Initiative (BRI)  is  business,  so risky too,  and China knows that. Visits to Pakistan, Maldives, Sri Lankan roads by the Chinese and  a visit  to the sea face in Colombo shows  how Chinese builders  are even funding the Shangrila Hotel  renovation and port expansion or see Humbantota —–many Chinese  investments  will pay back some day.

Singapore’s Lee Kuan Yew built infrastructure  for Singapore and taught the Chinese and Taiwanese where he stationed his military for training because the  Singaporean first Chief Gen Vij asked to do so in India and Nehru declined.  India  did not even attend the ASEAN opening  invited to…….they even delayed the ceremony awaiting a Message from India  which never came. Now we run to ASEAN and USA. Modi must have been briefed of this.

Indians look for immediate returns so Infrastructure in India has suffered badly. Only private INVESTMENT with assurances can do it despite my respect for a Gadkari which means Kardega or like Kamal Nath 10%  kar dega some big shot said. We need DOERS not talkers. Rain grows flowers not the Thunder we hear in speeches and on Republic TV by Arnab. 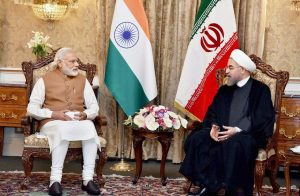 In all this tamasha of Trump, India wants Strategic Autonomy  and US know Indians are clever. World growth is set to  suffer as USA turns inward to grow it’s own economy and will soon come to terms with China and EU as Trump  heads to Russia on 16th July to make a deal with Putin.  India looks forward to rihayat (leniency) because  India leans on Russia for S-400 missiles, FGFA, SU-30MKI’s, Nuclear Submarines and Krivack deals that are on the sanction block by Sitaraman. Shan Na Varuna.