C Raja Mohan from the Shangri-La Dialogue, “While Vajpayee and Manmohan Singh dipped their toes in the waters of the Indo-Pacific, Modi and Parrikar are preparing to sail”. IDF suggests all three Chiefs better get the message and Navy be beefed. The new experienced Navigator Chief Adm Sunil Lanba has got his Sailing orders for his PSOs.

Security and economy go hand in glove. As India’s economy grows with inflation in India’s consumption led growth without increasing manufacturing or employment (No DPP-16 yet), taxes are rising with fuel prices. Hence the poor with aspirations listening to PM Modi’s hypnotic speeches who do not find unemployment, are going to suffer most or make trouble. Like the rich in USA, India’s rich will get richer, tax free. 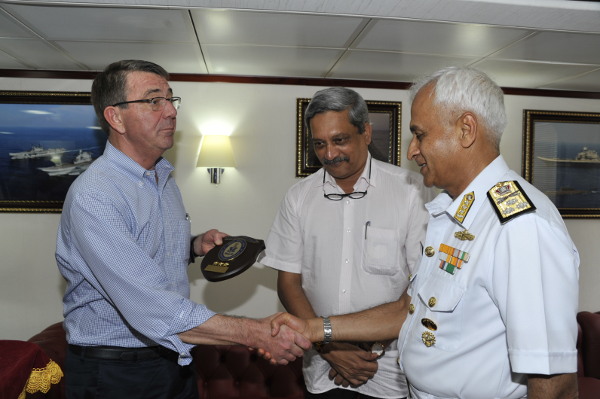 This is the pointer, naval kid Ruchir Sharma provides in his data laden book , ‘The Rise and Fall of Nations: The Rules of Change in a Post‘-Crisis World’ which shows increased billionaires in India. IDF has only read reviews and heard Ruchir on TV focus on economies on a global scale, to explain how wealth has increased in a changed world since 2008 financial crisis (Globalization?). No wonder RBI Governor worries about inflation and awaits a good monsoon to cheer.

IDF visited RTO Sheikh Sarai and counted a queue of over 200 youth waiting from 0700 for Learner’s/Driving license hoping to own a motor cycle. Many said their father will buy them one. It’s the daily consumption line. Rich buy Audis moving at 300kmph. No wonder Police harass poor and threaten to confiscate a poor driver’s life line, his Driving license or pay up! Confiscation must be banned by Police Chiefs and diving tests be more strict. Without seeing you, Doctors sign fitness for Rs 200X 100 a day !

PM Modi in USA pins hopes on USA for India’s rise with the elusive NSG club, and MTCR which India already abides by and accepts India’s stolen artifacts, USA can afford in return for $ 12 bill defence purchases and IDF will analyse more on PM’s visit where expectations of nuclear plants in Andhra are high and maritime security higher.

But on the back of an envelope military analysis is, the Service Chiefs have greater responsibility than most developed countries Chiefs, who are lucky to be part of NATO, EU or Russia. China challenges USA and its pragmatic technocrat political leaders give directions from CMC and see India’s rise as a threat, and vice versa.
Hence India needs combined War Plans and Appreciations by Services as is it beyond the Defence Secretary who is responsible for Defence of India, or the political leadership to glean the threats, play war games jointly or involve Chiefs in policy or appoint a CDS, or a promised Maritime Administration Authority. Its ministries see only maritime China (and marginally Pakistani terror) as its competitor, challenger and enemy without saying so influenced by India’s strategic partner status with USA.

This Ron Croker Senate leader questions with, ‘What has India done for USA in return’. Crocker made noises prior to PM’s speech on Capitol Hill, India seeking the elusive NSG club membership but China wants India in NPT as Pakistan has agreed to follow. Tackling Delhi Golf Club looks easier. PM Modi in USA met John Mcain and many leaders but not Trump or Hillary Presidential candidates to exchange views on India. Then Mexico for NSG support.
In recent months IDF has reported increase in military activities in the South China Sea, particularly US Navy and PLA(N) challenging each other, and vocal objections by India, but does not want to execute joint or co-ordinate patrols like Japan. An ADIZ is coming. This attitude only serves to heighten tensions in the region at a time when the priority should be to demilitarise the area, with Law of the Seas in UN or China’s might may rule. No one wants war. Brunei and Laos have thrown in the towel and Malaysia is quiet.

China’s aggressive speaker in the 4th Plenary Session at Shangri-La Adm Sun Jianguo, Deputy Chief, Joint Staff CMC, was clear with his hints USA and India should not meddle to spoil stability, and ITLOS arbitration decision will not change China’s claims and saluted after his brief speech in Chinese and its on : https://www.youtube.com/watch?v=g4XHIi3ogds

IDF also bases its hypothesis, that No Man Can Stand On One Leg. India has to use Tri Service approaches like Land Air and Air Sea planning In Training For Deterrence. Rajat Pandit’s (TNN) MOD line says India will Split China’s Strings with the Navy. He has listed Naval plans for the Andaman and Nicobars.

A&N can be India’s gold mine with Blue Economy which IDF has explained in an earlier post recommending tourism, FDI, controlled fishing , Indian investment, a deep water natural port for containers, and ship fueling duty free possibilities and much more which are currently prohibited. A&N is subsidized with salaries, taxes and food. It’s a drain and under developed much less than its potential.

A&N is also India’s gateway for security checks with narrow 8 Degree channel and Sea Bed sonar arrays USA and Japan have offered. A CAG audit stopped DRDO/Navy to progress the Rs 8 development, as project moved slowly. CAG expects every project to succeed, or else CAG smells rats but never catches them and leaves it for CBI, India’s pied piper with many rats to catch.

Its Navy Look and Act East, with Coast Guard detachments in A&N at Kavaratti, Minicoy, Agatti, Androth being upgraded with forward-operating bases (FOBs) at Tuticorin and Paradip, operational turn-around (OTR) bases at Kamorta, Campbell Bay, Shibpur and Diglipur and NavDets at Bitra and and Minicoy islands in Lakshadweep. Navy will need huge manpower and connectivity.

The idea that Air Force can base planes like an static aircraft carrier on islands as the Japs did, and Amphibious joint Army troops and heavy Intelligence to check IOR entrances may be, and if not in India’s classified plans, should interest the Chiefs as their collective responsibility.

PMs Modi and Manmohan Singh in speeches used Asia Pacific, as there was resistance to the idea of the “Indo-Pacific” Raja says in the Indian establishment, suspecting the term was an American (CIA) “ruse” to “entrap” India into a containment ring against China. India’s RM is more confident now and needs noting. Parrikar’s peroration (the concluding part of a speech, intended to inspire enthusiasm) at Shangri La was therefore, was a big surprise Raja of Carnegie reports. 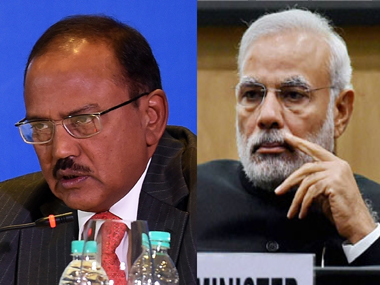 The Indo-Pacific formulation has meaning for IDF, as it is not so simple and security planners have to unravel the implications if any.

Indians are brilliant but lack co-operative spirit, but India’s military strength lies in the fact that it is the strength of the combined intellectual capability of India’s experienced military leadership, the combined fire power of all its Order Of Battle (ORBAT) with skilled pilots and powerful IAF assets, Naval platforms with missiles and an aircraft carrier task force with a nuclear submarine it can launch in a Task Force 1500 miles away with IAF transport and MR armed support and the loyal dedication of the sacrificing Indian Army with proud regiments, the third largest and best in the world.

Man behind the machine. This was proved in the 1971 war and then in the Kargil half war, the only war fought after 1971 and Navy’s combined fleets under Radm Sureesh Mehta threatened a Maritime Exclusion zone (Blockade) off Pakistan. PM Nawaz Shariff relented in the Oval office.

The political leadership may not have the experience yet for joint action as the military is kept aloof, and politicians and bureaucrats do not join war games. The security of India needs defining, who is responsible and till then its PM as Cabinet head and he is bright and forthright with energy and a powerful NSA must be thinking after USA visit. Shan No Varuna. 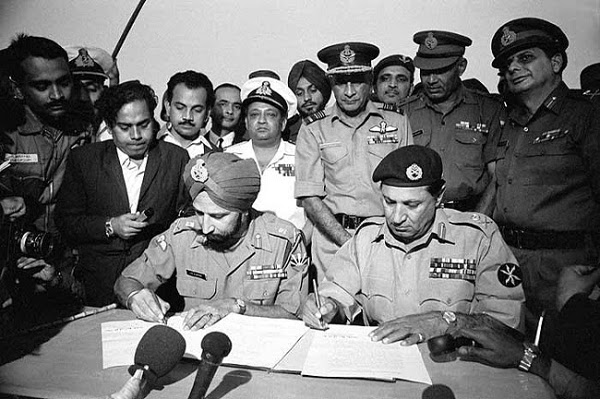 Royal Canadian Navy’s Victoria-class submarine returned to its homeport in Halifax, Canada after experiencing mechanical issues June 3.
The submarine had been underway for a week, training off Canada’s eastern seaboard.
The problem was caused by a supercharger which broke on one of the generators, CBC news quoted Capt. Jamie Clarke, commander of Canada’s submarine fleet.

RCN said that the sub had back-up systems which would have allowed her to continue training but noted that it would be “prudent to return to Halifax” where thorough investigation and repairs will be conducted.
This is not the first time the submarine has experienced problems as just four months ago HMCS Windsor was forced to dock at Norfolk Naval Base after sailors noticed that a battery cell was leaking.

Back in 2012, the submarine experienced problems with one of the diesel generators that help charge the submarine’s batteries, Ottawa Citizen reported.

Canada bought four Victoria-class submarines from UK in 1998. Various technical problems plagued the submarines ever since they were acquired. One issue even resulted in death when HMCS Chicoutimi caught fire in 2004. Nine sailors sustained injuries in the incident and one died shortly after being evacuated.