On 18TH September, 2016 the Chairman of the Atomic Energy Commission (AEC) who is also the Secretary Department of Atomic Energy (DAE) Dr Sekhar Basu, released the 157 paged racy book, “Submarine Propulsion-Muscle Power to Nuclear”, by Anil Anand at Anushaktinagar Mumbai in the presence of serving, and a galaxy retired nuclear scientists. IDF was invited. 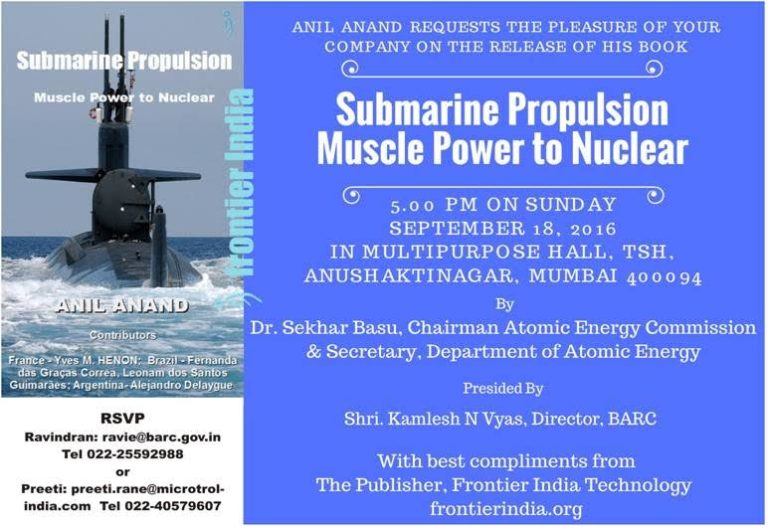 Anil Anand had written an earlier book, Second Strike as his memoirs and briefly his achievements for the Indian Navy for its nuclear submarine quest whilst at BARC. Much water has flown since, and DG ATV Adm P Bhasin cut steel on his birthday and with Vice Admiral Md Nadaf progressed the three nuclear submarines for India and the system of orders, selection, Adms dsp Verma and now Prabhakar have followed as achiever builders with Russian support that Dr Kakodar and PM Dr Manmohan Singh have lauded, but Indians have done it.

Hence this book is very welcome as it adds more dots to India’s nuclear submarine project which is kept over secretive as per OSA 1923 which is draconian. Gen K Sundarji said so. It helped Brits to rule the natives and so continues.

Anil’s book is a kaleidoscopic journey of the development of the world’s submarines over 100 years with black and white pictures. It is a labour of love and passion, put together by Anand a distinguished nuclear scientist who trained in France and courted the Thai lady Dr who was also there on an aided medical course in France, and later married her. Anil trained with the best in France and USA for nuclear reactors and atomic fuels, which involves refining U-238, Pu-238 and the family of fuels. Anand got specialists from BARC to explain fuel making in articles and he has put these together in the book. This would have had DAE’s blessings, as AFD where bomb cores are experimented and stored in BARC are secret areas for visitors. 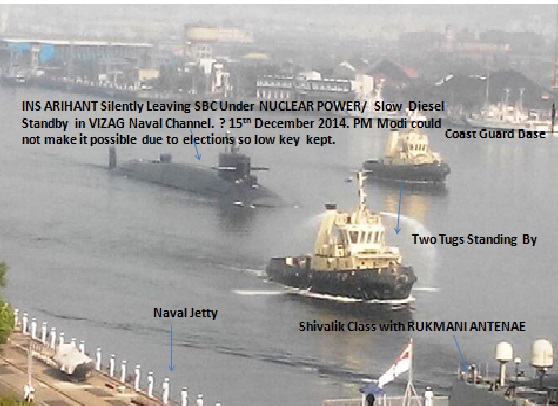 Anand headed the Reactor Projects Group (RPG) at Bharat Atomic Research Centre (BARC) Mumbai for Nuclear Propulsion for the Indian Nuclear Submarine Programme in the 1990s and later with a dedicated team which included Basu as lead engineer, established the prototype reactor for the Indian Navy at Kalpakam’s Indra Gandhi Atomic Research Centre (IGARC) South of Chennai. The reactor is larger than the one IDF was given exposure to at the RN Staff College Greenwich called ‘Jason’, and IDF witnessed change of atomic rods by a Robot machine on Jason !

On return to India IDF had to forget nuclear warfare NATO Vs Warsaw as the subject ‘nuclear’ was Taboo ! India’s leaders abhorred nuclear weapons so China and Pakistan stole marches as we silently made small strides and now struggle to catch up with China. But luckily Navy pressed on with ships for NBCD training against nuclear weapon explosions at sea called ‘Roaming Romeos’, with citadel training in ships.

The book tells all, the contract to MDL to construct the Navy designed stone submarine with piping and gear box to use the Pressure Water Reactor (PWR) Steam to run a propeller in an impressive building. The results are there to show in PROJECT ATV that Anand brings alive in his book of DRDO-Navy-BARC co-operation with names of each engineer, scientist and individual involved. NSA Shiv Shankar Menon’s (IFS) involvement when in DAE, and Budhiraja IAS who went on to become Chairman BPT and industry co-operation to enable the nuclear power plant are listed.

It comes out Indian Naval submariners excel as professionals but cannot please bosses with goodies and support, like aviators and surface ship Captains can, so ACRs of submariners cannot compete with the other branches in markings, a lacuna in the Indian Navy. No wonder submarine planning suffered and strength has fallen from 21 submarines in the 1990s to 13 aging over 25 year old today and a nuclear boomer INS Arihant. The Navy does not allow publicity, so the nation does not know how far Naval Nuclear Technology has leaped ! Some hints are in the book. 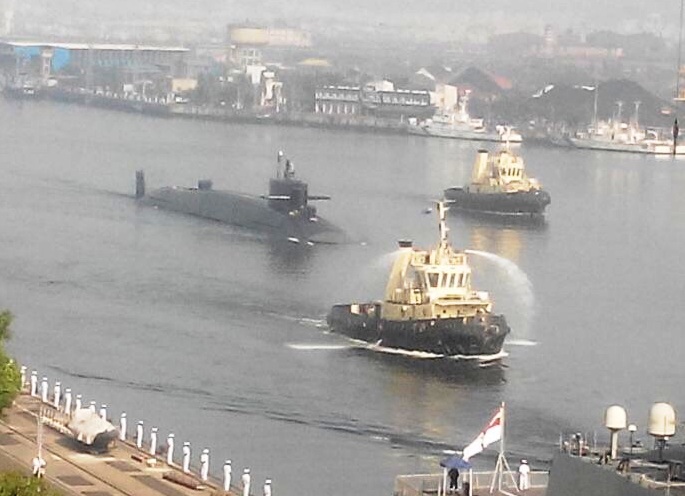 The book has fore-wards by Dr Basu and Mr. K N Vyas the current Director of BARC and is as readable for both the novice submarine buff and professionals alike as it begins with the history of submarines from the time a simple boat under water was propelled by oars, and the author calls that ‘muscle power’. The book describes diesel engines with snorkels for air breathing engines in submarines first used by Germany in U-Boats, to nuclear propulsion for ships and submarines.

Mrs Indira Gandhi initiated studies for a mini nuclear reactor soon after the 1971 war when she gauged that the threat of a Soviet nuclear submarine made US Navy think twice before USS Enterprise could act in the Bay of Bengal against India. It was a strategic move to get INS Chakra on lease (1988-91) and Navy proved to Russians it can handle nuclear plants on submarines.

Capt Subbarao suffered for taking on Dr Rajaramana like Admiral Vishnu Bhagwat tried to audit the ATV project. Civil supremacy brooks no challenge to its doings or ways, and IDF trusts with a forward looking PM Modi that is in the past. The military must be trusted too have a say in policy. 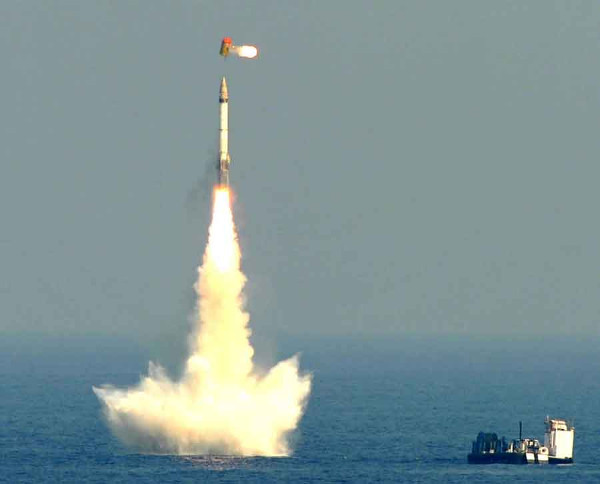 The book has tables and up to date details of nuclear submarine programmes world over by experts of those countries. These are as readable for those in the submarine business and operations as for strategists. Submarines are the vehicles for future wars, as nuclear submarines and submarines with Air Independent Propulsion (AIP) underwater will be difficult to detect. Even aircraft carriers are vulnerable at sea and cannot hide.

Anand in this book details the ‘how and why’ BARC’s engineers under the lead of Anil Anand, which included Dr Sehkar Basu as the lead engineer in the 1990s, successfully built a full shore based submarine nuclear reactor at IGCAR Kalpakam called S1 with naval architects and engineers who had trained at BARC in nuclear engineering and at the Royal Naval Staff College Greenwich (RNSC) London.

It was the success of S1 at Kalpakam that gave confidence for the Navy’s Advanced Technology Vessel Project (ATV renamed Akashanka) to build its own 6,500 ton Arihant at Ship Building Centre (SBC) at Vishakapatnam under DRDO and PMO supervision with Russian consultancy. Arihant is now armed with 12 K-15/B-05 750km nuclear tipped missiles, and BARC has been helped to set up a fuel centre at Vishakapatnam. Media reported Arihant was silently commissioned in August 2016. The motto of the submarine arm is RUN DEEP RUN SILENT so she was was commissioned and began operating at sea as INS Arihant. It is reported she sailed for a patrol, then it must have been armed. Nations would know about this and it is rumoured INS Arihant could have entered the Arabian Sea. Shan No Varuna.

Part 11 will list foreign contributions in the book from France, Brazil and Argentina to explain India’s quest and success.