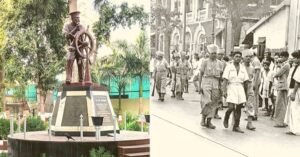 This is an extract from An Underhand Affair &amp; Rape of a Dalit Girl by Cmde(Retd) Ranjit B Rai. My rank is retired, not me yet !

In 1946 following the World War II when Indian Armed Forces contributed much and on the cusp of Independence, the temper of the times was evident in the ratings of the RIN who resented the fact that their pay was lower and their food inferior to that of the British ratings. Many in thousands were de-mobbed out of naval service with no offer of an alternate service, compensation or even an acknowledgement of their work. In Delhi, the trial of the Indian National Army personae that fought against the British under Netaji Subhash for Independence was resented, and the trials were followed by the nation, with Pundit Nehru defending them.

In HMIS Talwar, under Commander Arthur King near Cuffee Parade, where the Navy’s Transport Poll located in Bombay today, Petty Officer Telegraphist Unni found a kindred spirit in Lt Cdr AAJ Cole the former signals specialist Commanding officer who resented King calling Indian ratings coolies. Memories of the actions of General Reginald Dyer in the brutal massacre of 379 Indians in Jalianwala Bagh on 13 th April, 1919 rekindled in many minds in the Navy, when Cole and a Lt Nanda(n) had stated it was a blunder to treat opposition thus. This had a connection with what was to follow.

One night ratings threw a few officers caps hanging outside the Wardroom (Officers bar and dining area) on to the Parade Ground and painted the words, ‘Revolt now’, and ‘Kill the White Dogs’. Leading Signalman Unni Nair was part of the team that drafted and transmitted the Morse Code signal in Malayalam in wideband high frequency (HF) from the Main Signal Office (MSO) behind Horniman Circle in Bombay to all ships and establishments to strike as an Area Wide Broadcast Message. operators were Malayalis. The signal foxed and confounded the British signal operators. This led to the flash strike by ratings of the RIN on 18 th February, 1946 in Bombay, in protest against general conditions demanding pay equal to the British equivalents. Navy could do little as the allocation of funds to RIN had been reduced. The ships at Karachi and men of the Royal Indian Air Force (RIAF) mutinied later as they saw the light.

The mutiny took the British officers in Castle Barracks in Bombay by surprise as the sailors there which is now INS
Angre, threw British officers caps on to the Drill Square. By dusk on 19 th February,1946 a Naval Central Strike
Committee (NCSC) was elected with cosmopolitan Petty Officers Telegraphists Ahmed Khan, Unni Nair, Leading
Signalmen Mann Singh and Johnson to monitor the strike from the Signal Centre. Ships were reporting status of the
strike in Malayalam. Unni was elected spokesman of the Committee as he could converse in good English. The strike found some support amongst the Indian population though not India’s political leadership especially Pandit Nehru, who feared the dangers of the mutiny just on the eve of Independence.

The actions of the mutineers were supported by demonstrations which included a one-day’s strike in Bombay by the public which was also joined by elements of the RIAF at Madh island and some local police forces. Indian naval personnel began calling themselves the ‘Indian National Navy’, and offered left-handed salutes to British officers and many defied their orders. Lt Cdr SG Karmekar who had been promoted Commander was asked to take over command of HMIS Talwar from Capt Ingo Jones who had relieved Cdr King. Karmekar was rushed from HMIS Shivaji near Lonavala, where he was known as the grey-eyed ‘Sea Fox First Lieutenant’, who could speak Marathi and Malyalam. 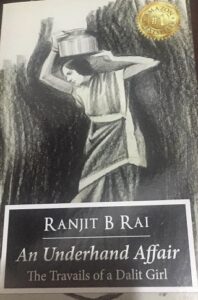 Sardar Patel personally tried to negotiate with the strikersand issued a statement instructing them to end their action, which was later reiterated in a statement issued in Calcutta by Mohamed Ali Jinnah on behalf of the Muslim
League. Under these pressures, the strikers were forced to give in. The revolt was called off following a meeting in
Castle Barracks between the President of the Naval Central Strike Committee (NCSC) on Pandit Nehru’s assurances and the British officials who came down to Bombay with Sardar Vallabhai Patel of the Congress.

Some arrests were made, followed by a few court martials, and many sailors were discharge from the RIN. Unni was only de-mobbed with a confidential letter as ‘Discharged With Out Disgrace’ on a plea bargain arranged by Karmekar who was given command of HMIS Cauvery as the first Indian Officer to command British officers and sailors on the ship, for his efforts. None of those dismissed were reinstated in either the Indian or Pakistani Navy after Independence.

The mutiny alarmed Whitehall, who apprehending more mutinies in the large Army made hasty secret plans in UK
for the Indian Independence – the Partition of Pakistan and India in a bid to divide and rule. Media reported it as the Second War of Independence after 1857. The British economy had turned weak after the War, and they feared a bigger mutiny in the large million-strong Indian army, though the Senior Indian Army Officers assured Commander-In-Chief General Sir Claude Auchinleck the Indian Army would not revolt.

But fears lingered in UK and these among many others, were the factors that hastened India’s partition in 1947 with a hastily drawn Radcliffe Line. The Royal Navy also marginalized the heroic actions of the Royal Indian Navy in the official history of the Royal Navy in the Second World War, which has been corrected in a book Timeless Wake : The Legacy Of The Royal Indian Navy During World War II by Cmde Odakkal Johnson (2013) which reveals a long term imprint of our naval predecessor, the Royal Indian Navy, in an eventful decade prior to Independence when RIN grew from 6700 to over 30,000. Set as a seamless bridge from our mercantile &amp; military maritime heritage to emerging Navy of young India, it unfolds action from 1939 to 1945, across a wide canvas with exploits of stalwarts who became Admirals SG Karmarkar, Soman and Krishnan and others including sailors. That is why Admiral Lord Louis Mountbatten loved. and had regard for India’s Navy and made its First Plan in 1947 and included three aircraft carriers. Shan No Varuna.

IDF adds a BBC Utube sent by Trishul Trident Blogspot on the Arunachal and China border in the news, with IDF 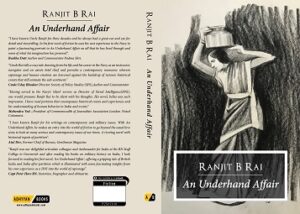 Saying “History Is Replete With Cases Where If Land Or Sea Is Not Patrolled And Guarded It Will Be Trespassed And Taken”…..South China Sea has gone to China and the German Navy Chief Vadm Shonback tells us Crimea is with Russia. Happy Republic Day and a Salute to our Glue Our Armed Forces. Shan No Varuna.

Previous Post: NAVY’S ROLE IN GOA’S OP VIJAY(1961)—-THE SEEDS WERE LAID FOR SOVIET FRIENDSHIP & GEN BN KAUL’s RISE BY NEHRU WHO TOLD ARMY TO THROW OUT THE CHINESE FROM THE UNDEMARCATED BRITISH BEQUEATHED MCMAHON LINE
Next Post: NAVY’S 21st CENTURY MISSILE STRATEGY– THANKS TO THE ABORTED BRASSTACK’S WAR GAME AGAINST PAKISTAN(RED) IN 1986—ITS TIME FOR EXERCISE BRASSBOARD ON THE TWO FRONT SCENARIO—–IDF EXPLAINS