An IDF Analysis of the forty six (46) naval ships and submarines that are on order in Indian Shipyards and twenty (20) more stand approved by the Defence Acquisition Council(DAC) to augment the current Indian Naval Strength of 120 Ships and 13 aging submarines (9 Kilo and 4 HDW-1500) by 2027. More details are in the pages dedicated to each class of ships, submarines and aircraft in the book selling at the World Book Fair Pragati Maidan HALL NO 8 STALL NO 31 PENTAGON PRESS military book publisher from 7th Jan at Reduced rates to promote awareness of Navy and importance in the 21st Century ! . 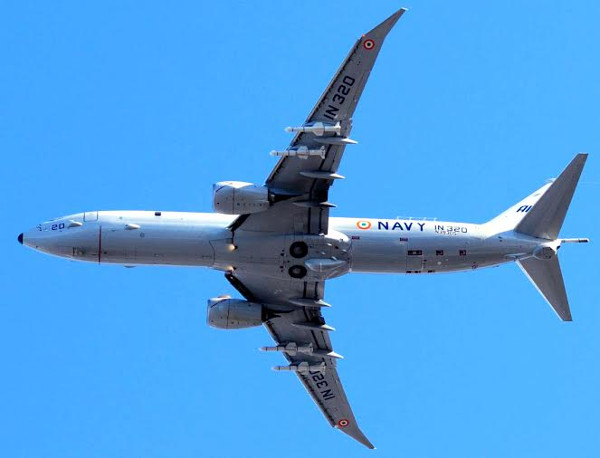 The Indian Navy’s plan is to meet the planned target of 167 platforms and 400 aircraft by 2027 and IDF states it will depend on steady funding and new orders to private shipyards as well as to ensure time lines are maintained as 31 ships could be decommissioned The list is in descending order of size with ball park appx costs with escalation:-

● 1 STOBAR Aircraft Carrier Vikrant 37,500 tons at Cochin Shipyard Ltd. Due In 2018-19. The majority of 45 Mig-29K fighters with missiles Kh-35 have arrived and are operating from INS Vikramaditya and Hansa SBFT ramp. ($ 5 bill).It takes a year or more for any operational squadron especially Ex Russia to deliver 75% operational capability though CAG wanted it immediately and from the aircraft carrier. Pilot manpower has to be built up.

● 4 Type 15B 7,400 ton 16 Brahmos fitted and 16 Barak-8 missiles as frontline destroyers at Mazagon Docks Shipyard Ltd (MSDL) with improved circular composite bridge structure, a modern trend in warship design, and the 127mm gun to be chosen from Oto-Melara or BAE Mk 45. Oto-Melara makes the 76mm already with 60 % kits supplied to BHEL Hardwar. ($ 5 bill). Two hulls Vishakapatnam and Marmagao have been launched and Cmde Anand has taken over as CMD on 31st December. 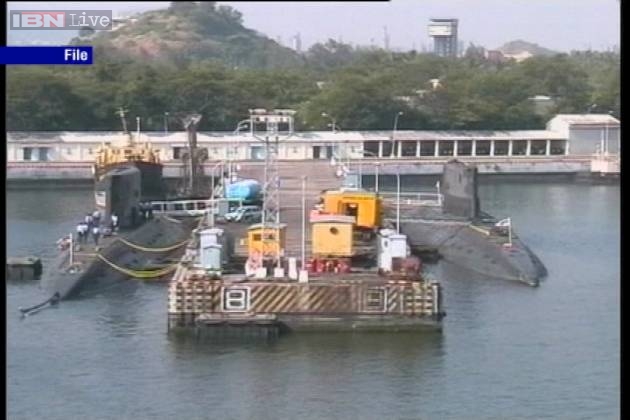 ● 7 Type 17A B’mos/Barak 8 AMDR frigates. 4 at MDSL and 3 at GRSE. These are improvements on the Indian designed Shivalik class, already built by MDSL and 17B will have improvements . ($ 5 bill)

● 2 of 4 Project 28 ASW 3,000 ton Corvettes at GRSE. ($ 500 mill) which have 90% indigenous equipment and a smaller OPV Corvette Barracuda has been exported to Mauritius, where Indian Navy helps run the Coast Guard and has an Indian deputed National Security Adviser there after India’s help in Anti Coup operation Code named Lal Dora in the 1980s when the controversial DTTA Double Taxation Treaty Avoidance agreement was signed written up in the book Warring Nuclear Navies.

● 5 Naval OPVs with a US design from Alliant at Reliance Defence and Engineering Ltd taken over at Pipavav by anil Ambani. ($ 400 Mill ).The project is very delayed and worrisome for the Navy

● 6 Type P75 Scorpene submarines at MDSL with Exocet –SM 39 missiles. First Kalvari undergoing deep trials with Navy held SUT-B torpedoes for commissioning 2017 and Khanderi due to be launched. Final submarine torpedo selection is pending and 6 more are on option. ($5.3 bill). DCNS has offered reduced price and work by many Indian companies listed on a page in the book.

● 3 Training Ships at ABG merchant ship design from Singapore with many delays and stuck in litigation to cancel contract. ($ 250 mill). 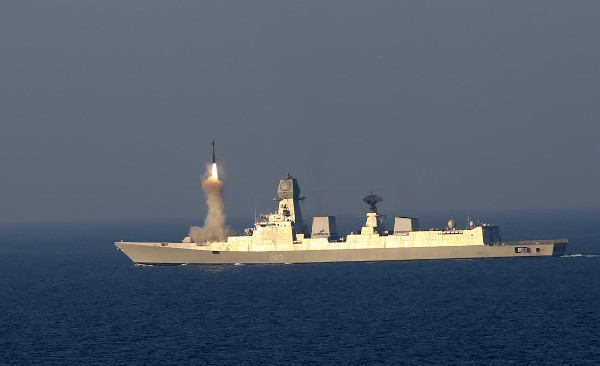 ● 2 DSRV James Fisher LR5 DSAR with AMC. ($ 290 Mill)
● 1 Floating Dock on L&T for Port Blair. 10 ISVs for Vietnam by L&T.
● 4 P8i Boeing 737 MR planes to augment 8, 12 Dorniers. ($ 1 bill).
● Coast Guard has 3 OPVs at GSL and 7 on order at L&T. These become Naval assets in war.
Further Tentative Programme – DAC /PMO Approved
● 4 LPD/Helcopters RFPs to be opened.
● 6 P 75I follow on of Kalvari class and 6 SSN submarines. 16 Small ASW vessels 15 NGMVs. 15X Coastal Missile Defence systems. 16 Multi role helicopters 57 Light Utility Helicopters.
● 5 Tanker support ships from Hyundai at HSL under discussion.
● 4 Krivacks- 2 from Russia and 2 in India. PM/President Putin level.
● 8/12 MCMVs at Goa Shipyard-Kangnam S. Korea LOI issued.
Maritime Reconnicance (MR) aircraft, fighters and helicopters are now part of
large navies and India has acquired 8 P8is plus 4 ordered and 45 Mig-29Ks and
look to 16 Multi role helicopters for the newer ships in the 10 ton variety that the
ship’s decks were built for, and large number of Light Utility Helicopters (LUH).
DHURVS have been operating from decks in moderate seas but as the rotors are not foldable, they cannot be based on ships in hangars. It’s a mystery why a JV with a foreign company cannot make them naval versions, as Germany’s MBB
provided the base design.

China and Pakistan Navies in The Neighbourhood

China has 490 active ships, and 232 various auxiliary vessels which include ships for the South China Sea of the PLA (Navy). All platforms are built in China, with the exception of the 4 Sovremenny-class destroyers, 12 Kilo-class submarines and the aircraft carrier Liaoning. 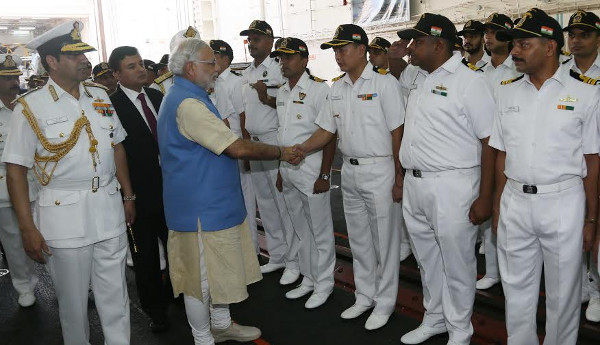 The Pakistan Navy (27,000) is responsible for Pakistan’s 1,046 kms (650 nm) of coastline. Gwadar has been handed over to China Overseas Port Holdings on 13th Nov, 2016 ands both PLA(n) and PN use it. The PN has 27 ships and five Agosta French DCNS submarines which includes 4 Zulfiqar class F22P frigates with C-802 missiles from China, 1 Oliver Perry Hazard, 5 Type 21 UK transferred Tariq class frigates, 3 French TripartiteMCMVs, 4 Pakistan built Fast attack Craft and 3 Azmat class missile attack fast craft with C-801 missiles and 12 Hovercraft Griffon. Pakistan is to receive 8 S26 class submarines from China to be based in a new base at INS Jinnah at Ormara. PN is also trying to take a nuclear Vertical Launch missile to sea on a platform or a submarine it is reported.

Today most large and medium naval assets can target land-based targets from far-off locations and nuclear submarines with nuclear tipped missiles are kept on the ready for Nuclear Deterrence.India’s case it will be for the Second strike as per the NFU doctrine, but not specified.

Previous Post: AN OVER VIEW OF THE MADE IN INDIA INDIAN NAVY EXTRACTED FROM THE MODERN AND FUTURE INDIAN NAVY-2027 –THE NAVAL YEAR BOOK DIARY -2017
Next Post: POWER & DETRRENCE SHIFTS- CHINA IS IN GWADAR & HUMBANTOTA- 2 MING SUBS IN BD AND PAKISTAN LAUNCHES BABUR-3 THE 450KM MISSILE SUCCESSFULLY FROM A MOBLE UNDER WATER PLATFORM –AGOSTA SUB ???