IDF has a pleasant duty on request of a military son, who repeats a Military, Civil and Police co-operation story in AID TO CIVIL POWER as a flashback of 1963 in West Bengal. 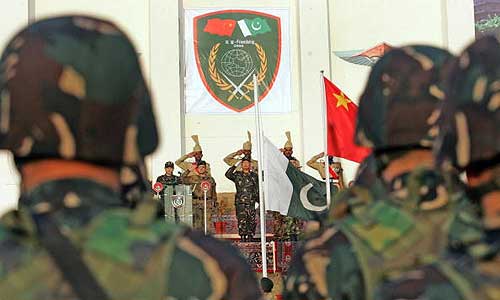 It is sent by Zal Kabraji son of Brigadier and later Maj Gen Kabraji of the days when the Army was allowed to be an Army.

Gen Kabraji was a Signal officer who commanded a Bde and a Div later it is learnt. He was a Parsi in the mould of the likes of Field Marshal Sam Manekshaw in the 1971 war, and Admiral Russi Ghandhi of INS BETWA fame in the GOA OP Vijay who acted like Nelson to sink the Portuguese frigate Albuquerque. They took their legitimate powers and duty seriously with no favour or fear ! And Rustamji of the Police who set up Mukhti Bahini in 1971.
In Ranjit Rai’s book Warring Nuclear Navies the Chapter on Mukhti Bahini extract reads as follows.

In Memoriam
The gates of our memories of Mukti Bahini will never close.
How much we remember you, no one knows.
Deep in our hearts you will stay.
You will always be remembered for that your last day,
So dear God, give them the message above
Tell them we miss them
Offer them our love encore
So that we can strive for them furthermore.

The author in WARRING NUCLEAR NATIONS INDIA AND PAKISTAN is convinced all the wars the two nations have fought, except the 1971 war, were stalemated. India won the 1971 war in the East, mainly due to Mukti Bahini’s full support to the Army as navigators, and to the Indian Navy for clandestine operations in East Pakistan. PM Mrs. Indira Gandhi permitted Army Chief Gen. S.H.F.J. Manekshaw MC (later Field Marshal) to act as a Chief of Defence Staff (CDS), and his leadership proved critical to success.

Gen Sam Manekshaw and spymaster R&AW Chief R.N.Kao met Mrs Gandhi in April 1971. Kao knew Mrs Gandhi had told Manekshaw that she needed to go to war. Manekshaw visited BSF camps in mid 1971 and BSF gave Mukhti Bahini cover. When Col Osmany complained that the Indian Army under Maj Gen Jacob was overbearing with its orders. It was P.N.Haksar and Kao who intervened to allow a free hand to Mukti Bahini and gave it access to funds.

In seems in those days Army leaders were not cowed down by politicians as a mercenary force as the nation and leaders are treating the Forces today and some say so in Public. OROP and NFU breathe and promotions are for the special and 7th Pay Commission rules have still to be sorted out!

Even APSA is treated like a foot ball between MOD and Courts as the Army is sandwiched in Kashmir between BJP and PDP in power as both are most uncooperative with each other and the Valley burns. There Separatists are paying kids and terrorizing the population and only 7% voted in a Bye Poll and in a model democracy.

Media reports J&K Police has filed an FIR against the officer who tied Farooq Ahmad Dar a tailor to an Army jeep and used him as a human shield in what Army sources said was a “do-or- die situation” to save some para forces and he needs to be believed. The video was shared on social media, sparking an outrage over the incident.
The Jammu and Kashmir police have filed an FIR against the Indian Army for tying a man to a jeep as a human shield.

Police said it registered the first information report (FIR) in the Beerwa police station in Budgam district, the area where the video was believed to have been shot on 9th April when bypolls were held for Srinagar’s parliamentary seat and Farooq Abdullah won with 7% polling. The Deputy Inspector General of Police for central Kashmir, said the FIR was registered on 13th April.

Chief minister Mehbooba Mufti wrote on her official Facebook page, “In the ‘human shield’ video case FIR No 38/17 U/S 342/149/506&367 RPC has been registered in Police Station Beerwah on 13/4/17 . Investigation is being conducted by SDPO Magam. We shall ensure that investigations are taken to a logical conclusion so that action is taken.” Local news agency KNS reported that the investigation by police was conducted against army’s 53 Rashtriya Rifles unit.

“This is a little anecdote of mine—may or may not have anything to do with this particular incident but here goes for whatever its worth !

In 1963 my father had just taken over a newly raised Brigade in Calcutta—-at the same time Calcutta was involved in very serious civil rioting—all the Para military forces and local police could do almost nothing while Calcutta was actually burning down.

Then Army Commander Gen Henderson Brooks (a no nonsense Gen IDF met with his daughter as a Lt in the Navy) and his Chief of Staff a revered brilliant engineer officer of the Army, Gen Prem Bhagat, Victoria Cross ( He was denied COAS and retired and did wonders as Head of Damodar Valley Corp) went for a meeting called by Padmaja Naidu and she wanted the Army to quell the riots.

After the meeting the Generals called Brig Kabraji and asked him if he could put his brigade into action. My Dad said point blank——only if i have full powers to do what I want—-Both Generals–in one voice said , “Rusi do what you have to but put this bloody fire out”. (What the valley needs IDF offers).

So the Brigade was put into action at the drop of a hat! This is typical of the Indian army as in the same book in Op Lal Dora or Op Pawan).

My dad called the local police Chief to his office and asked him to guide him to the centre of the riot zone—the Police Chief went blue in the face—he told dad—we both will not come back alive if we go there—-dad told him that theory of yours may apply to you but not me and now before i have you bodily carried and put in my jeep–you better come along with me !!!!!

The military jeep had an LMG mounted on it with a proper gunner to man it and my Dad drove himself–they went into this most dangerous Mohalla (Area) of Calcutta where these goons lived—–as soon as the jeep arrived the Chief culprit stood in front and blocked the way—my Dad told him—I’m counting 5–when i’m finished—you are a dead man !!!!! IDF adds its allowed in AID TO CIVIL POWER WITH THE LOCAL MAGISTRATE AND IN THOSE DAYS POLICE CHIEFS WERE DESIGNATED SUCH.

At once the goon moved away and there was pin drop silence in the crowd. Next my Dad ordered the gunner to get down and mark each house in the Mohalla with a white chalk cross.

After it was over–Dad backed the jeep and as he was driving away—-the Chief goon stopped him and asked—what the crosses were all about—-Dad said—-listen carefully—–after this moment if there is any little arson, looting or murder, anywhere in the whole of Calcutta—-my gunner will come to this Mohalla and open up on these houses with the cross mark.

The goon pleaded, our women and children are also here you cannot do this and Dad replied–that is your problem how to protect them & before anything else, Dad drove off !!!!

There was not a single riot case after this and Calcutta was back to normal within 36 hours !!!! Best was–the taxi drivers heard about this and they were tickled pink !!! They invited my dad and Brigade officers for a drink and dinner–there was Johnny Walker and bhangra danced as they were thrilled with the action because they were the ones badly affected and a lot of damage was done to them in the riots “ ENDS .

IDF finds this interesting to visit the AID TO CIVIL POWER manual that Navy teaches and has used in Mumbai. The Army is more powerful and leaned on !