Navy never forgot that,  and forged SIMBEX and has played 17 unbroken very advanced Simbexes even in South  China Sea under China’s nose and got Army to keep Singapore’s  light AMX India sold as second hand tanks,  and personnel at Ahmednagar on Indian soil even when non aligned.

Singapore  signed  agreements with  IAF to  use and exercise at Kalaikunda and showed IAF what its F-16s can do, well aware PAF has F-16s. Singapore has no air or land space and used Taiwan but was diversifying and needed India. Naval DAs and High Commissioners in Singapore played up, against a reluctant MEA.

AVM  Micheal Teo came to Pune as guest of ACM Nirmal Suri and flew a Mig-29 at Pune and praised the IAF pilots just like Singapore’s Defence Minister  Dr Ng Eng Hens  flew a Tejas and praised its aerobatic capability. He did  not mention what he would  have studied.  $ 6,5 bill has been spent, shudders a  little when the cannon fires, design was only for technology demonstrator in first proto type by non-aircraft designers at ADA when Dr Raj Mohindra HAL designer resigned. The man hours for servicing is highest and Tejas is yet to be weaponised. Navy has rejected it as its powerless for weapons and range. GE 414 engines languish. TEJAS is a beautiful Delta flying machine and has seen it as a Controller. 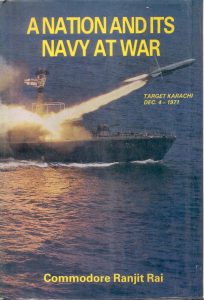 The answer is Tejas  will make a great Lead In Jet Trainer and Aerobatic show team and Singapore may buy a few then and always wanted to be a partner with 25% work share and also on the ASTRA missile they saw the potential.  Dr Arunachalam and Santhanam and Dr Abdul Kalam they met in 1990s but MEA did not agree ! Only the 155mm gun came to test at Balasore.

Navy moved ahead and began sharing sonar data and aped Singapore and bought Barak system and moved the WEESE Command Information Centre like Singapore’s Defence Science Set up with Indians. Singapore watches  BrahMos too and Minster Teo has come to India many times. So in summary.

It is with great satisfaction that IDF  can openly write  that the fine Indian Navy has supported MEA and NSAs to steer India’s Foreign policy towards  USA with seven Navy  Chiefs trained at NWC who  learnt strategy for a full year, and have been  the propellers  for India’s  PMs Dr Manmohan Singh and Narendra Modi’s,   Act East policy. The genesis is less studied.

Singapore is now a Strategic Partner and a marriage has taken place with a diamond thobbler. India is engaged with USA with an engagement ring, and Non Alignment is only alive in tactics. The QUAD is formed as a strategy with no tactical commitment, but in case of threat of war.

A draft  agreement must be ready in MEA like India signed with  Soviet Union before attacking Pakistan in the 1971 war the clause quoted below.  Co-incidentally war was instigated by PM Mrs Gandhi and began on 4th December, 1971. IDF salutes those who gave their all in the War ! Navy’s actions will be on AIR Rainbow at 3pm 104.6 FM on  3RD December.

Quote.  On 9th  August 1971 a 20-year treaty with Moscow which included steps for Co-operation, Peace and collaboration, clause 9 of which reads as follows and is a far cry from Non Alignment India professed:

“In the event of an attack or a threat thereof the two (India and USSR) would immediately enter into mutual consultations in order to remove such threat and to take appropriate effective measures to ensure the peace and security of their countries.” 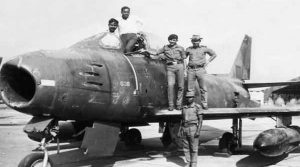 Navy Missile Boats struck Karachi that night and by happenstance and luck IA Hunters set Kemari Shell oil tanks on fire under Sqn Ldr Don Conquest which IDF  unearthed few years later and Navy had a supari on IDF, not to write and correct the Book a Nation and Its Navy where the writer   gave all credit to the Navy for the Kemari oil tanks, though Jerry Jerath did re-alight Kemari in Op Python five days later. So much for India’s war  history.

It is the closeness with Singapore which helped India to get close  to ASEAN and  the QUAD,   to  deter and slow the juggernaut like movement of China in to East China and South China Seas and into the Indian Ocean  through the CPEC into Pakistan in to the Gwadar warm water Port and the submarine base of Ormara  now China’s  assets in IOR. No nation has ever been able to do that and succeed in the  The Great Maritime Game and China’s PLA(N)’s is now Indian Navy’s neighbour !

This has to be a personal post as  a final  strategic marriage between India and Singapore took place last week when India and Singapore’s Defence Minister  Dr Ng Eng Hens  with his Indian counterpart Nirmala Sitharaman  last week  signed a historic Navy-to-Navy agreement and as the father of the bride says in a maariage ,  “We encourage Indian Navy to visit Changi base (Singapore) more often. The bilateral Navy agreement has the mutual logistics support.” This is a Logistic Support Agreement (LSA) after Indian Navy already had Operational Turn around (OTR) facilities to call Singapore for logistics and fuel without Diplomatic Clearance for each visit from both MEAs.

All this was Navy’s  Jadddoo (Magic) and was encouraged by MEA and NSA MK Naraynan, and all Indian High Commissioners in Singapore and the best were appointed there. Most notable among them who IDF can recall are Amb K. Sankaran Nair, an Intelligence Sleuth followed by YM Tiwari who gave full support to Dr Arunachalam and K Santanam and the Defence Adviser to shape policy. He  hosted PM Dr Manmohan Singh, P Chidambaram, Montek Ahluwalia, RBI Governor,  NK Singh, and many to get FDI IN 1991.

IDF salutes as when IDF heard PM Modi’s speeches especially in English they were World Class with research and wondered how PM could be so well informed. I ran to another bright IFS  Bengali Ambassador and got the answer. It was a  Javed Ashraf and no wonder he is now in Singapore. Speech levels have dropped not PM’s oratory so he jokes a bit, and speeches are  less intellectual !

that President development  that could raise the eyebrows in Beijing, India’s Navy can get its  naval warships refuelled and restocked at Singapore, located at gateway to the contested waters of the South China Sea through which passes some 35 per cent of Indian trade.

He went on to say that both countries would increase more participation and activity in the Malacca Straits and the Andaman Sea. Singapore sits at the eastern edge of this crucial water channel that is the shortest route between Indian Ocean with the Pacific Ocean.

The Navy will have a full-fledged logistics facility that is 2,177 km east from its nearest base at Port Blair in the Andaman and Nicobar Islands in the Bay of Bengal. This is the first such military logistics agreement with a country east of Malacca indicating a shift eastwards for the Indian Navy.

In the past decade, India has laid down its primary area of interest as the sea between the Gulf of Hormuz (Persian Gulf) and the Straits of Malacca. The waters east of Mallaca have been an area of secondary interest and with this move will buttress Indian engagement with the 10-member Asean bloc.

Indian Navy has started its Mallaca patrol in June this year to protect the sea lanes of communication (SLOCs). The US Department of Defence, in its Military and Security Developments involving the People’s Republic of China 2017 highlighted why the Malacca Straits were crucial for China. 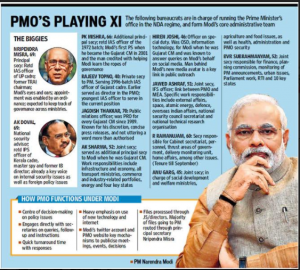 It said, “Malacca Straits are critical to the transport of natural gas and oil…China is particularly reliant on unimpeded sea lane of communications like the South China Sea and Malacca Straits.”

“In 2016, approximately 80 per cent of China’s oil imports and 11 per cent of natural gas imports transited the South China Sea and Strait of Malacca. Despite China’s efforts, the sheer volume of oil and liquefied natural gas that is imported to China from the Middle East and Africa will continue to make strategic sea lane of communications important to China,” the report noted.

In 2016, China imported oil to meet approximately 64 per cent of its needs. This figure is projected to grow to approximately 80 per cent by 2035, according to the International Energy Agency.

China continues to look primarily to the Persian Gulf, Africa to satisfy its growing oil and gas demands, making the Malacca Straits even more important.