This then is take aways and an IDF Analysis on changing dynamic internal and external defence spending and production sector data in the East and India and is tabled vis a vis India’s defence budget $ 40 bill from Aero India-2017 from 14th Feb. 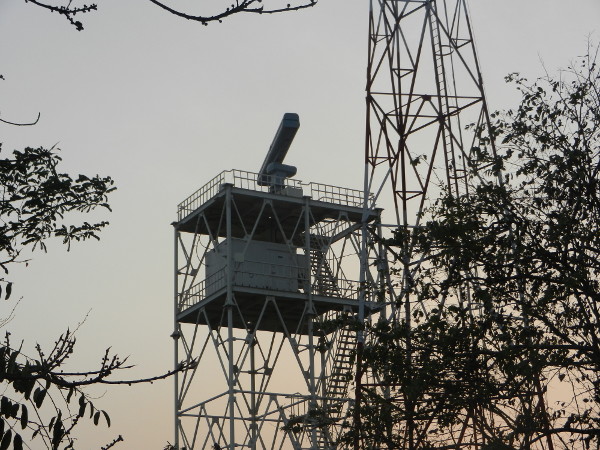 Organisers were seen occupied with Ministers and Brass arriving and going. The runway repairs were in progress, and first day flying display had to be curtailed as it overshot time schedules by over an hour. Private airlines schedules, kept changing. But India’s Aero show will always attract as India is a ‘big aviation buyer’, and the only place servicemen freely mingle with foreigners and businessmen for net working.

MOD basks in the knowledge that no PSU, or no big Indian or Foreign supplier, or the world’s Defence media which thrives on advertisements, and silent Agents called consultants, or aficionados like ex Air Marshals and IDF type hobby aviation watchers, or foreign delegations who gather intelligence will miss the show. PSUs can be press ganged to attend.

Notably, China sent six PLA(AF) officers among more than 30 delegations. Women at the show accounted for 30% who also manned stalls, ran short of the over used under flushed toilets, and TOI published a scathing edit by a journalist. Parking lot defied heeled walkers, but Bon Hommie in Chalets and watching air displays from UK and Scandinavia and jet fighters was not lacking.

The only big event was the Air Chief ACM BS Dhanoa taking over the key of the first of 3 Embraer-145 AEW planes, dubbed Netra. No deals were announced though the S400- Air Defence for $ 1.5 bill was talked about and has been reported.

An analysis of the defence sectors is essential as a preamble to recall India still remains the No 1/2 largest importer competing with Saudi Arabia and is a, “ seller’s – buyer darling nation” with media touting India will order $ 250 bill defence equipment in next ten years ! FM and Eco Adviser talkative Subramanium assure India will grow at 8% which is good news for the Armed Forces. It will help compete which China which is increasingly able to substitute arms imports with indigenous products. India remains dependent on ammunition, weapons and technology from willing suppliers from USA, Russia, Israel, EU and South Korea. India have a ”Kutti” with South Africa. 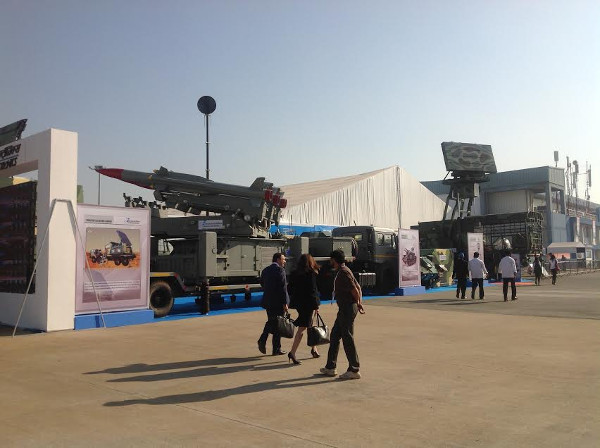 There are tensions with territorial disputes and hotting up in the resource-rich South and East China Sea (SCS) with USN, JSDF and PLA (N) Fleets entering the China claimed waters. IDF feels China will blink and bide its time to react, with Trade War? India has unsettled borders with nuclear armed China and Pakistan.

India exudes ambitions to keep China in check, and PM Modi has wowed to get POK where China is constructing CPEC projects and looks to solve the India China border favorably and provide net security in IOR with aviation assets and aircraft carriers.PM Modi , has a Strategic Vision with USA in SCS. That is the Indian Chiefs’ big plate as they await a CDS with biting nails to provide joint fire power !

The need for new fighter aircraft, air defence systems and naval aviation in Asia-Pacific region and India is buoyant. Indian Air Chiefs have stated that Indian Air Force needs 400 new fighters of single and twin engines. The Navy targets 400 aviation platforms from current 215 by 2027. All three services and Para Forces need over 400 helicopters and UAVs to replace Cheetaks.

Obsolescence and shortage of planes, helicopters and submarines and weapons and even ammunition that was recently imported for $ 1 bill to reduce shortages are the main drivers, for increased regional defence spending in the East and Middle East despite economic uncertainties in the West. USA under Trump is expected to retreat some of its US assets from the region. Nations are spending more on security.

Imports by countries in South East Asia increased by 6.2 per cent from 2007–11 to 2012–16. Viet Nam made a large jump from being the 29th largest importer in 2007–11 to the 10th largest in 2012–16, with arms imports increasing by 200 per cent. There are no regional arms control instruments or groupings in place, so states in Asia continue to expand their arsenals. 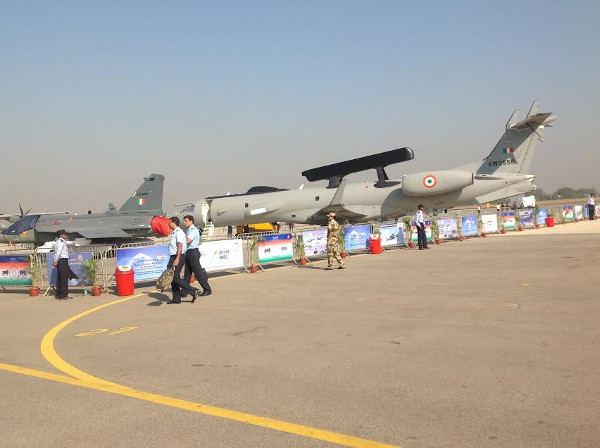 These Indian companies silently displayed supplies of full assemblies, parts and services to Defence Public Sector Companies (PSUs), DRDO, Shipyards and Navy’s Arihant ATV programme in severe competition. They also came to Exhibitions despite high costs in the hope foreign companies will import from them, while PSUs add overheads hidden in total costs as Ministry of Defence Production cannot be questioned. These small SMSEs can grow if supported.

IDF learnt Armed Forces are obliged to pay PSUs quoted prices with no competition or negotiation in the majority of nominated orders. IAF is stuck with Hindustan Aircraft Ltd (HAL) and Army with OFB, DRDO and Bharat Dynamics, while Navy makes PSU shipyards compete and private shipyards have been supplying small ships and yard craft to the Navy and Coast Guard, except when orders are directly given to PSUs.

Nuclear submarines the most complicated expensive naval vessels.Iin earlier posting IDF has explained its genesis and how it they are being built with Larsen &Toubro Ltd in a Public Private Partnership (PPP).

MOD-Navy has now contracted Nova Integrated Systems (NISL), a subsidiary of Tata Advanced Systems (TASL), for the Navy’s surface surveillance radar (SSR) project, marking the third big procurement by MoD after L&T and BrahMos under the ‘Buy and Make (Indian)’ category of the Defence Procurement Procedure (DPP). It nears ‘another strategic partnership’ by tweaking 1923 secrecy rules in National interest, despite PSU noises in radars case by BEL. Few know MDL had acquired land and sea front at Mangalore to build nuclear Arihant, but Navy and BARC thankfully opposed the move. It became a oil rig repair yard. 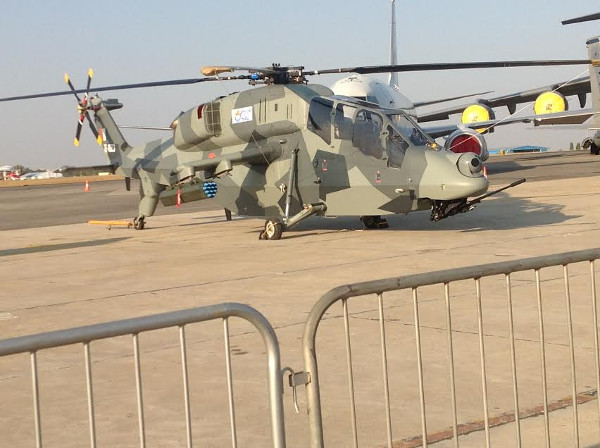 The proven cheaper Terma Danish X band radar now with SAAB, is based on the latest solid state navigational technology and suited for the 48 operating, plus 36 sanctioned coastal systems (see Pic) , which India is also setting up in IOR nations. Contract also involves installation and commissioning warships, delivery of simulators, establishing depot level facilities, and integrated logistics support with deliveries spread over 10 years. Navy believes in long term contracts like JV BrahMos does; not L1 every year.

TASL is a strategic initiative of the Tata group in the aerospace and defence sector after Nova partnership with Israel IAI was objected by PSUs and DRDO for Barak-8. TASL offers customised technical solutions to Indian and international OEMs and system integrators.

Jens Maaløe, president and CEO, Terma A/S said, “We see this contract between MoD, Government of India and Nova Integrated Systems as a very important milestone for Terma as we strongly support the ‘Make in India’ initiative”.
Facilities at TASL’s combat management systems (CMS) development center, will also be utilised for the project which involves integration of the radar with a variety of weapon and sensor systems on different class of vessels of the Navy’s assets, which SAAB has offered. In the future naval systems working with bright navy constructors and WESEE engineers looks to brighter prospects for the Navy’s 46 ships on order in India.

Ex younger Navy personnel are also desired and fully employed in industry. Hence IAF and Army must seek ways to take risks with orders on industry and support industry, like they support PSUs for competition. This is essential for India’s national interests, economy and efficiency and is IDF’s message. Shan No Varuna. Vande Materam.

Previous Post: NAVY CONVINCED DRDO/BARC & PMO TO ORDER 3 NUCLEAR SUBMARINES IN A PPP ON L&T- NOW TERMA RADARS -LESSONS FOR IAF STUCK WITH HAL & ARMY WITH ORDNANCE AND OFB !
Next Post: OP PAWAN RE-VISITED BY MAHENDRA VED WITH A VIEW WRITTEN IN 1998 BY IDF IN THE CHAPTER ON INDIA’S SRI LANKA FORAY—-FILES HAVE NOT YET BEEN RELEASED TO LEARN LESSONS EVEN TO THE ARMY THAT LOST 1200 INNOCENT SOULS