IDF analysis of PAKISTAN NAVY’S BABUR cruise missile FIRING FROM A UNDER WATER PLATORM –COULD BE SUBMARINE which could shift the balance of power, in India’s waters.

The list of Pakistan submarines is appended at the end of this post as Pakistan leans a lot on its submarine service and IDF has been reporting a missile was tested from sea and PN was desperate to take a VLS nuclear missile on a surface platform or from a submarine. Its closer now.

Pakistan on Monday 9th Jan, 2017, conducted its first reported worldwide, U/W missile firing with a video released by Maj Gen Asif Ghafoor. It shows a claimed and very plausible successful test firing of a submarine-launched cruise missile (SLCM) Babur-III which has a range of 450 kilometers and the missile can carry a nuclear tipped warhead, from a submarine from an undisclosed location in the Indian Ocean.

The video shows the platform was not too far from land as the missile was used in a Land Attack Missile test into hills. One month ago PN had reported and released a successful firing of the C-802c China supplied, from a Tariq class frigate destroying and old ship.

No one can deny this under water firing could change the superior balance of power of India in the Arabian Sea with China in Gwadar and Humbantota and China’s Ming submarines in Bangladesh milling in the Bay of Bengal. It is China’s Weiqi and Pearls at work around India. Indian waters are muddied and corralled as any submarine sneaking up to 350 km from India patrolling in International waters, can threaten an Indian coastal city with destructive power and Pakistan has laid down its Red Lines.

Indian Navy can provide nuclear deterrence with its nuclear submarines, except it needs noting in Pakistan the trigger is in military hands with a first use policy. In India it is in the control of the busy NSA and scientists oversee bomb preparations in ‘No First Use’. It is not clear what role Chiefs and C-in-Cs play in India but one assumes SFC has his hands on, as all firings are reported and undertaken by SFC. That is a policy, though RM Parrikar did feel NFU needs a re-visit as his personal view if there be such for a RM.

Intelligence agencies in India and abroad must have known this action was being attempted as IDF has been warning a strategic re-alignment of power was bound to take place when India’s PM addressed Congress in DC and announced India’s ‘Tilt To USA and sealed it as a Strategic Partnership calling India its Major Defence Partner. US senators were convinced to vote when told that India was USA’s lynchpin in USA’s policy towards China and its pivot to the East. China speeded CPEC to win the Great Game after that and PM Modi’s 15th August statement on POIK and Baluchistan which affects Iran too. 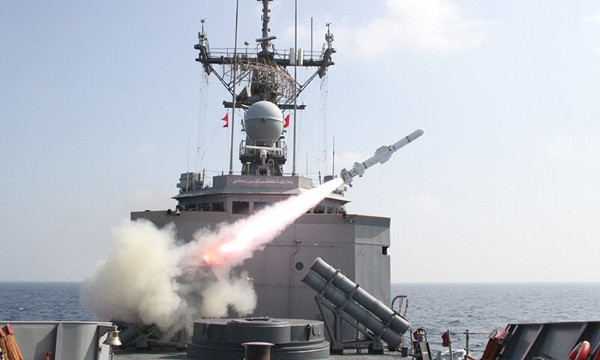 SEC. 1292. Enhancing defense and security cooperation with India. (a) Actions.— (1) IN GENERAL.—The Secretary of Defense and Secretary of State should jointly take such actions as may be necessary to— (A) recognize India’s status as a major defense partner of the United States;

IDF has explained above India is also USA’s Cat’s Paw for China meaning almost the same, and it is in USA’s national interest and makes India a strategic partner without saying so, as Japan is already there. Secretary John Kerry had asked FM Sushma Swaraj to include Australia in Malabar-2016, but Navy did AUSINDEX a week earlier and the QUAD that upset China last time was not revived. China fears India’s rise could threaten it.

Russia took exception to actions and linked with Pakistan feeling a little let down by India which has been its leading defence market, tilting to USA with $ 11 bill purchases by the FMS route but PM got USA to give India a nuclear deal in the HYDE ACT quoted below to rail in Iran also. Two birds in one stone.

The Hyde Act states in Section 103, Statements of Policy, “The following shall be the policies with respect to South Asia: … (4) Secure India’s full and active participation in United States efforts to dissuade, isolate, and, if necessary, sanction and contain Iran for its efforts to acquire weapons of mass destruction, including a nuclear weapons capability and the capability to enrich uranium or reprocess nuclear fuel, and the means to deliver weapons of mass destruction.”

It needs noting that in page 24 of THE MODERN AND FUTURE INDIAN NAVY 2017 by Neil Harvey and Ranjit Rai released recently, the quote, along with Pakistan Navy’s details, “ PAKISTAN NAVY IS TRYING TO TAKE A NUCLEAR MISSILE TO SEA ON A PLATFORM OR SUBMARINE”. Earlier in Warring Nuclear Navies—India and Pakistan’ 2015 IDF had also explained that nuclear scenario at sea was being hotly pursued by Pakistan.

It is trusted this event comes as no surprise to India’s Navy and Intelligence community knows which third country China or North Korea helped Pakistan with technology like it has been done for incubating its nuclear technology and power, and that needs attention by Indian scientists of DRDO, ISRO and Think Tanks especially NAIS which is DRDO ISRO supported. 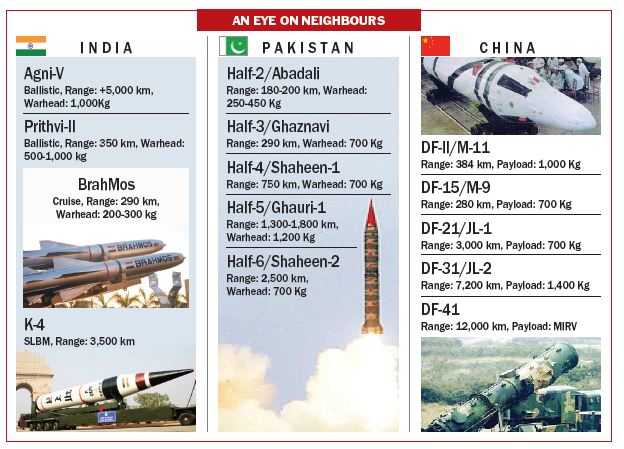 THE MISSILE LAUNCH REPORTED BY PAKISTAN

Prime Minister Nawaz Sharif and Chief of Army Staff Gen Qamar Javed Bajwa congratulated the team behind the launch and the nation on the development.

The CJCSC and three services chiefs congratulated all the officials involved, on achieving this highly significant milestone. Zubair also highlighted that successful test fire of SLCM also demonstrates confidence on our scientists and engineers in fostering the technological prowess, through indigenization and self-reliance. Pakistan eyes this hallmark development as a step towards reinforcing policy of credible minimum deterrence. 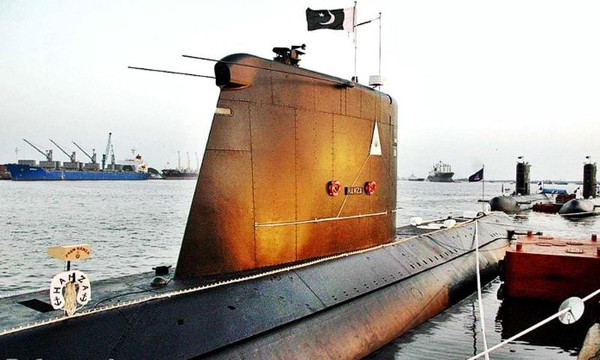 In a statement on Monday, Army spokesman Maj. Gen. Asif Ghafoor said that the missile was fired from an underwater, mobile platform and hit its target with precise accuracy. Babur-3 is a sea-based variant of Ground Launched Cruise Missile (GLCM) Babur-2, which was successfully tested earlier in December, last year, according to the Inter Services Public Relations statement.

Babur-3 SLCM incorporates state of the art technologies including underwater controlled propulsion and advanced guidance and navigation features, duly augmented by Global Navigation, Terrain and Scene Matching Systems. The missile features terrain hugging and sea skimming flight capabilities to evade hostile radars and air defenses, in addition to certain stealth technologies, in an emerging regional Ballistic Missile Defence (BMD) environment.
Babur-3 SLCM in land-attack mode, is capable of delivering various types of payloads and will provide Pakistan with a Credible Second Strike Capability, augmenting deterrence. While the pursuit and now the successful attainment of a second strike capability by Pakistan represents a major scientific milestone, it is manifestation of the strategy of measured response to nuclear strategies and postures being adopted in Pakistan’s neighborhood.
See Video Here

Pakistan Navy’s sub-surface fleet was established in 1964 before India and since then it has performed the role assigned to it in an admirable manner. It also has the distinct honour of scoring the first kill (INS Khukri) from a submarine after the end of the Second World War, and it gets preference in Pakistan’s thinking.
The backbone of the current PN submarine fleet is five, one old Daphne aging. Four are the French old and three new Agosta 90B diesel-electric submarines (SSK), which is an improved version of the original Agosta 90, boasting higher performance and new combat systems with MESMA AIP and Exocet missiles. Agosta 90B submarines, designed and manufactured by DCNS like India’s Scorpenes and two are assembled and built in Karachi. The French Navy, grouped the Agosta-class as océanique, meaning “ocean-going.The Agosta 90B has been designated the ‘Khalid class’ in Pakistani service. Three Agosta 90Bs were ordered in 1994, with the first constructed and assembled in France, while the second and third ones were assembled in Pakistan.

Previous Post: THE FUTURE INDIAN NAVY EXTRACTED FROM THE MODERN AND FUTURE INDIAN NAVY –NAVY YEAR BOOK DIARY 2017 JUXTAPOSED WITH THE PLA(NAVY) AND PAKISTAN NAVY STRENGTHS AND PLANS. IDF GUESSTIMATES COST TILL 2027 WILL EXCEED $ 50 BILL I.E Rs 32,000 cr PER YEAR.IS FEASIBALE !
Next Post: BJP MADE PURCHASES IN 2016 BUT FORGOT “THE MEN BEHIND THE GUN & INDIA’S THEATER & CDS NEEDS”—MILITARY WILL HAVE TO ADJUST TO NEW RSS (?) POLITICAL THINKING AND A WORLD WITH “TRUMP PUTIN AND JINPING’s BUMPS” – CCC IS IN IMA 21ST JAN