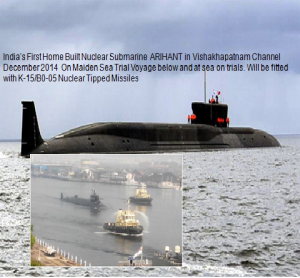 Maldives Looks To Be In China’s ‘Necklace Of Ports’ In IOR & China Thwarts India’s Plans On Assumption Island – Only Malacca ‘Dilemma’ & ‘Quad Plus France Pose’ Challenges As China Looks To A Donglam/Jhamperi Take Over With Long Term Strategies On CPEC & Pakistan is the background.

“Wars are won by Strategy – That Only Can Dictate The Tactics”. Churchill implied.

This post is tabled after reading the latest analysis on INDIA’S DEFENCE by the world respected analytical Magazine,‘The Economist’, which has labeled the Indian Armed Forces—- ‘A PAPER ELEPHANT’.

If IDF had said this, it would be called ‘Fake News’ by the Government’s I&B which cannot stomach criticism. The circular to punish Fake News thankfully has been withdrawn so IDF is back, and can comment to navigate issues on India’s security.

IDF agrees with Economist that India’s Armed Forces are a professional powerful tactical Elephant, not a ‘Paper Elephant’ but it is unguided by its Mahout or Director ( BJP has had 4 RMs who loved IAF’s VIP Flights and 2 had Kotah House Stays) or Strategy or Jointness and the Elephant is not well fed (Budgets) and all three services are doing well, but doing their own thing. 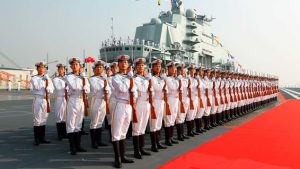 Economist is right …. India’s Armed Forces are Big and Tactical with no strategy to guide the tactics !

The talk of the proposed 7 Theatre Commands is welcome news but the Top Brass worry what will happen to the 39 Three Stars in 17 present Commands. Will there be Space, Cyber and Special Forces Commands?

If NFU was given as to civil servants, many two star officers could have been left out like the IAS with NFU. But AV Singh report was by an IAS officer ! The military never read between the lines as they are a loyal obedient fighting force in the world and will do till death, especially the Glue of India the Indian Army that IDF Salutes.

India trained CDS Gen Winston Choo told this writer over Golf in Singapore, “ Commodore, Indian Army is the best Trained Army in the world but the worst Educated ……..It never asks itself Why?” He clarified training is HOW and Education is WHY to silence my defence ! 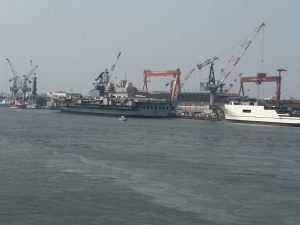 In the civil job in Shipping I learnt there can be no business without shipping. And India has never realised that it has to hold the hands of Mercantile shipping. India has been left behind, as 80 % of Indian cargo is carried on foreign bottoms. It’s a shame, and Navy takes no interest in that aspect that China attended to and so has not only built CAPACITY in number of warships for its Navy but lacks CAPABILITY to match Indian Navy but soon will overtake Indian Navy.

China also has the largest Merchant Fleet in the world and so looks to Indian Ocean as its Lake of Interest with ports and bases. As Raja Menon warns the window to increase capacity and hold capability is closing for India and this year’s naval budget has closed it, as Ajai Shukla sums up.

In the 1990s Time magazine tried to fool Indians by putting a cover picture of INS Rajput and called it a Regional Power with its rising maritime Navy as army and Air Force looked strong. Egged by it Government did support the Navy which helped itself with a STRATEGY and A DOCTRINE and Long Term plans to build ships in India but in the latest budget and Parliamentary report 2018-19 the Government has forgotten the Navy, canceled the MCMV RFP, slept over LPD tenders, not ordered Multi Role helicopters for latest P 17s and other ships.

Navy’s SEA Kings helicopters are 40 years old and submarines 25 years and this year more ships will be de-commissioned than commission. ABG has gone bust and 3 badly needed training ships are no more on order, so OPVs are doing the job. Reliance Defence has 5 OPV order at Pipavav for the last 10 years with no sign of delivery as it dictates escalation. INS Vikrant, P15Bs and P28 Kavaratti are delayed so the story in Economist looks plausible for the Navy going forward as Elephants need feeding.

Economist Paper Elephant Article adds the budget 2018-19 is $ 62 billion not mentioning that $ 10 billion is for pensions and India has no Reserve Force and that it is 2.2% of the GDP. So the defence budget is just 1.8% of GDP lowest ever. The Economist has relied on the latest Defence Parliamentary Committee which lists all the shortages of Rifles, AA Defence, Fighters, BMPs and the list is long. IDF has listed the Navy.

The Arny’s BMP-2 fleet is not equipped to fight at night which was red-flagged in 2017, and the MoD awarded a Rs 2,400 crore contract to upgrade 693 BMP-2s with night fighting capabilities. The upgraded BMP-2 prototypes have passed internal trials but the army is yet to receive the first vehicles. The FICV is nowhere in sight so with many issues as RM is now more a traveler and soon to DEfEXPO near a temple 50 km from Chennai we will flock. 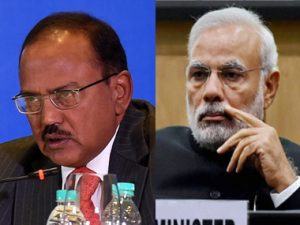 TEJAS is another story of a 15 year old design that IAF wants for 21st Century war and MOD refuses to accept it is great lead in supersonic fighter and hopes ADA and HAL will fiT the more powerful GE 1N 414 engines IAF imported soon, when experts say 10 years. So more RAFALES and 312 SU-30mkis must be speeded. Its Nirmala now is in Russia and may come back with just little and media will speculate on an Akula and Krivacks that was agreed long ago but 226 Helicopters , S 400 and FGFA are in the air which will anger Trump if proceeded.

At Bhavnagar the 5 Catamaran survey ships order died when Alcock Ashdown closed down. The 77 thousand strong Navy is short of 14%, the 1.2 lac Army by 4% and 150 thousand IAF 7% manpower but Army has a huge bulge at Lt Col level. With better salaries and terrible pension rules which dod not favour early retirement few want to leave which is a challenge for the Army. But why has this come to pass.

India is a nation with Governments that have believed in tactics and India’s Army has never believed in asking for a Strategy even now on Kashmir or China or Nuclear as they brilliantly fight on the LOC and working boundary with tactics to death while Pakistan has a strategy for low intensity non conventional attacking by any means short of war. China has a strategy to thwart India’s rise by any means and is succeeding with a $ 12 trill economy and a rising military force and has co-opted Pakistan to keep confronting India with arms aid.

India’s tactical head ache is and will remain Pakistan and handling it has been taken over by the Army Chief with his two war preparedness call, meaning Pakistan and China that Economist explains who are now sleeping partners with CPEC.

BJP’S strategy is more focused as one versus China’s border ambitions that the media has variously reported, daring China to react over Doklam after leading journalists were taken to the area after a familiarization briefing given by former 4 Corp Commander Lt Gen SL NARASHIMAN a prolific columnist of ADU and a China expert having served there, and now in to the NSAB talking shop which deals with India’s external security, defence and strategic policies and actions in absence of a National Strategy.

Good Thought Out Strategy With Adequate Tactics Will Succeed. With Good Tactics only there can be no long term success and a STRATEGY is what India’s Armed Forces need. NSA went to Bangkok to meet Gen Janjua NSA of Pakistan and if an army officer went with NSA then may be India’s NSA has a Pakistan strategy for success but needs airing.

Previous Post: NAVY NEEDS TO SHOUT FOR MORE PLATFORMS APPROVED BY DAC AND REQUEST FOR A NATIONAL SECURITY STRATEGY TO ASSUAGE ASEAN LEADERS SECURITY CONCERNS—–IN A WHITE PAPER ?
Next Post: INDIA’S DEFNCE MAY NOT BE ABLE TO PERFORM TO ITS ABILITIES WITHOUT A STRATEGY & NO THEATRE COMMANDS OR CDS FOR SYNERGY AND JOINTNESS– INDIA IS A WORLD POWER WITH CHALLENGES THAT ONLY NSA HANDLES FOR PM ?