Pakistan Army is not seeing the writings on the wall and this IDF’s primer cum analysis through Pakistan Navy’s (PN) acquisition of 6/8 double hulled 6,000 ton Chinese Qing Diesel S-26/30/32 Hybrid AIP submarines. First is expected by 2020 at Ormara which has an airport PNS Jinnah and a naturally protected bay. Chinese are training PN submariners who are professionals, to will learn operations of MESA AIP French Agustas built and modernized at Karachi, to be refitted by Turkey in turmoil? President Erdogan sees a Pakistani connection to Gulen in USA ! Ormara is 100 nm from Gwadar India fears, and 155 nm from Chahbahar, Pakistan fears !

Boat’s construction has begun near Shanghai. IDF is unable to confirm, if two boats will get VLS launchers or large tubes in the Torpedo compartment, to launch angled nuclear tipped Babur type missiles. India tested BrahMos underwater launches, and with MCTR membership ranges can be increased. 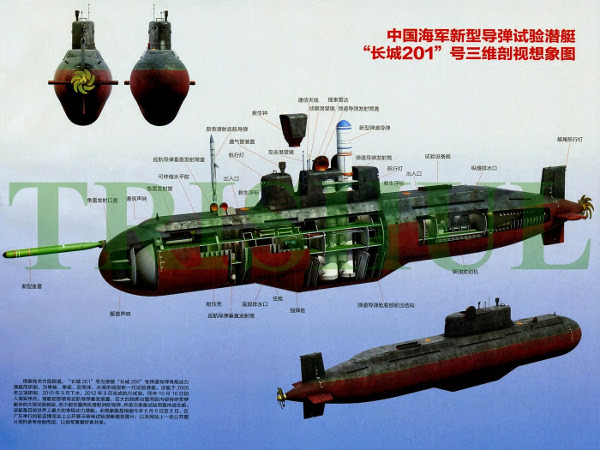 Nuclear Israel reportedly designed large launch tubes, for its Dolphin submarines, and PN has experience of launching Harpoons but Pakistan Army foolhardily employs Jihadi terror seeking parity with India, with threats of its strategic and tactical nuclear weapons, but is losing faith of its troubled public to get Kashmir as India races on.

Poorly funded PN wants to meet Indian Navy’s (IN) superiority and take its Land Based VLS Nuclear Deterrent to sea on stabilized surface ships and underwater in Chinese submarines. Sea deterrent is expensive as costs of IN’s programmes are unknown, borne by PMO. Media below is of interest:-
http://trishul-trident.blogspot.in/2015/04/pakistan-navys-project-s-26type-032.html

Pakistan was born out of a pre-mature delivery in 1947. It attempted to unsuccessfully grab acceded Kashmir with four wars, (1947-48, 1965, 1971 & 1999), and holds ‘Azad Kashmir’, many dub ‘disputed’. The world forsakes facts, as Pakistan has geo-strategic connected to CAR depth sitting astride Hormuz, with youth In its 190 mill population, currently being subverted for religious terror.

In 1949 Pakistan secretly signed the Karachi Agreement (below) and amalgamated J&K’s large Gilgit and Baltistan.

The 1949 Karachi Agreement is Between Azad Kashmir and Pakistan Government. It states Gilgit and Baltistan are Parts of Kashmir but they are handed to Pakistan to take care of them. Signed by Sardar Ibrahim Khan the President of Azad Kashmir.

Art 257 of Pakistan’s Constitution mandates Pakistan to get Kashmir which helps Pak Army stay in power. But can it ? Public is now questioning.

In 1965 Pakistan transferred 5200 sq km of Shakshgam Valley to China by signing a cast in stone border agreement (below). The Treaty, makes India’s task to get Azad Kashmir next to Aksai Chin difficult. 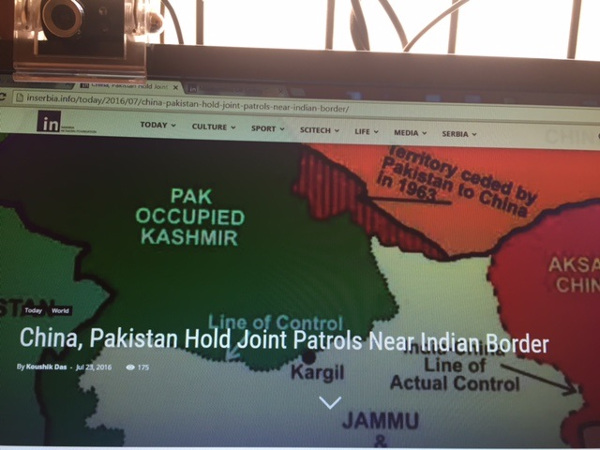 Article V provides for the peaceful resolution of future disputes while Article VI states “The two Parties have agreed that after the settlement of the Kashmir dispute between Pakistan and India, the sovereign authority concerned will re-open negotiations with the Government of the People’s Republic of China… so as to sign a Boundary Treaty to replace the present agreement.” Article VII entered into force and signed by parties, in protocol at Rawalpindi, 26 March, 1965. The large-scale maps appended have not been released. It should be interesting to read an Indian Army Chief’s mind (VK) in his Phd on Shakshgam.

Pakistan ate grass after 1971 defeat, and made a uranium nuclear bomb by 1985 aided by China, as AQ Khan had smuggled Dutch Centrifuge Enrichment Technology and unique composite ball bearings which he shared with China and North Korea in return for M-9/11/Nodong missiles with transfer of technologies (TOT).

India Pak exploded bombs in 1988. Dr APJ Kalam and Dr Sivatannu Pillai made India’s missiles. IN self made a nuclear submarine Arihant with nuclear missiles with Russia’s hesitating help as USA baulked.

USA abetted Pakistan’s nuclear ambitions, by not applying the Pressler amendment, and silenced its CIA. President Bush repeated this when CIA reported Iraq’s Sadaam Hussein had no WMDs, and made PM Tony Blair follow suit. The world has seen turmoil since. Sir John Chilcot’s report has come to haunt UK during Brexit. Dr David Kelly, UK’s weapon expert wrote the untruths and committed suicide with guilt.

Lesson is India’s Intelligence agencies must possess competence and integrity as huge moneys and national interests including details of Pakistan are expected from their hands, and not pander to Governments in power, like it seems CBI has been doing. 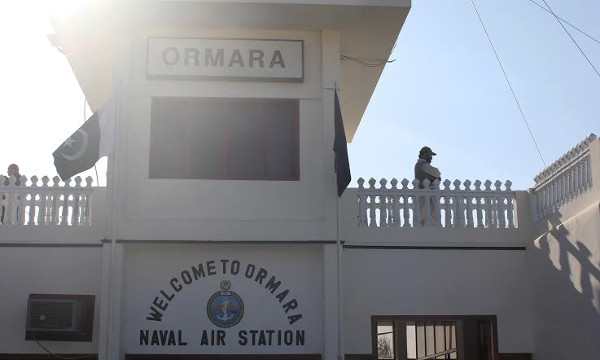 Confucius advised Chinese , “What you cannot do yourself ask a friend to do”. Chinese follow it with success and hence attach importance to Intelligence and, ‘ friends or foe’ and use the Tribute philosophy for Pakistan we call ‘corruption’ to achieve their aims (India as foe) with changing goal posts. Even China worries now for Pakistan, but its implosion for India will be worse.

Indian Parliament’s passed a resolution in 1994 to get Azad Kashmir. India’s NSAs follow alternate military and diplomatic strategies to comply. This challenges both nuclear nations, and the Kargil half war was fought under nuclear ‘Red Lines’, in 1999, and 26/11 succeeded.

China has helped Pakistan with weaponry and Tracked Erector Launchers (TELs) for its mated VLS nuclear tipped missiles which can transfer to sea. PLA and Pak militaries exercise on India’s borders near Siachen to safe guard Karakoram’s highway. PLA submarines call Pakistan. Their relation is incestuous as India’s is getting to be with USA, ans worries China. PM Modi exuberates confidence.

Indians and Pakistanis have played war games, recently in Bangkok with top ex diplomats and military. The results concluded that militarily Pakistan can not get Kashmir, and India will find it difficult to risk nuclear Red Lines, to take Azad Kashmir. 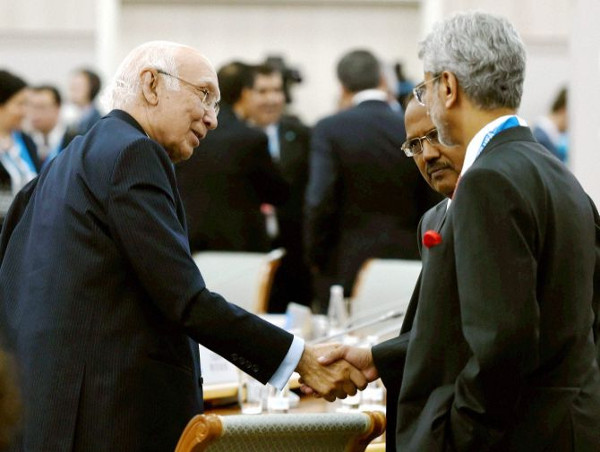 Hina Rabbani of Gucci fame former Pak FM admits, “Pakistan cannot conquer Kashmir through war, and the issue can only be handled in an environment of mutual trust.” Gen Dhruv Katoch writes, “A military victory in J&K will not provide the panacea for a more durable peace”. IDF Agrees with both as :-.

Chinese play WEIQI (GO) a long drawn strategic board game with freedom of maneuver, unlike restricted Chess moves which are tactical and reactive. Weiqi’s game encompasses, ‘String of Pearls’. Kissinger explains Weiqi, and Chess as India’s strategy in, ‘On China’. IDF discussed Weiqi at Delhi’s Oberoi before he wrote the book. US Air Force College sent an American Chinese to unfold Weiqi to Indian military at USI. He concluded, India’s Army has staid subservient thinking, difficult to change.

In the 1990s CIA and USA funded Pakistan to push Soviets back from Afghanistan and installed a subservient Taliban government in Afghanistan with USA’s nod seeking mineral and oil resources, abetting drug money to Pak military. Pakistan has again taken on troubled temperamental President Ghani and is trying to repeat the exercise, this time for China.

Pakistan uses its threat of nuclear weapons and its terror machine with black mail and ISI’s dirty tricks Intelligence department is active. ISI supports paid non state actors and ex Mujaheedeen Jihadis .
Pakistan and Saudi funding in Madrasas are ‘biting the world back’, with 9/11 in USA, 26/11 in India and has now has spread to Bangla Desh, Germany, France and Europe with ISIL and Shia Sunni divide on the rise. Syria is devastated.

Turkey has fallen to Islamists. Its Military’s dream to keep alive Kamal Attaturk’s forward looking Turkey, is in turmoil. Gen Musharraf attempted to follow Attaturk’s path but was let down by his Mullahs, USA, and India at Agra.

IPSI’s late MP Gandhian Nirmala Despande helped secure a Cease Fire in 2003 on LOC from Gen Musharraf and relations cooled for a bit, but a deal with Musharraf was scuttled at Agra when the General came to offer India’s shrewd BJP PM’s Atal Behari Vajpayee. Read ‘Half Lion’.

IDF’S credentials to write is as a Sindhi (ex Pakistan) with service in the War and Mercantile Maritime machines, retiring in to service of Indian Maritime Foundation (IMF) and India Pakistan Soldiers Initiative (IPSI).

IPSI tried to cool Pakistan and mellow their ambitions knowing their Army will never stoop, unless given solace that LOC can be a working boundary as a prelude and solve Sir Creek which now Pakistan may take to PCA Arbitration. Pakistan has already crept in to India’s Continental Shelf with its claim and base lines are settled. India awaits its turn.

In the book Warring Nuclear Navies -India Pakistan above issues are unfolded with Pakistan’s plans to take a nuclear weapon to sea to threaten Indian and other Navies. China is helping Pakistan to succeed. Will it ?

China has a base in Djoubiti to connect Africa and is challenged with a , ‘Do Or Die’ CEPC programme with $ 46 Bill promised to Pakistan to enable connectivity to the warm Indian Ocean and Africa through Gwadar, which will see rough going.

Indian strategists have a task in hand to see India grows as a power, but touting India is the fastest yet over jammed economy with poor infrastructure and lack of trust in the world may not help. Internal co-operation for success looks broken down. ‘Maan ke Baat’ on radio waves sounds nice, but ‘Kaam Ke Baat’ is more important, the Navy and the sea teaches. Shan No Varuna.