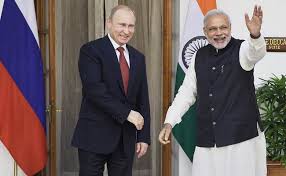 “In North Nescafe is popular. In South its Filter Coffee…..PM Modi speaks chaste Hindi in the North, and excellent English in the South at Defexpo………Viva Le Difference ! PM knows how  to re-boot.

10TH Defexpo 2018 was the show that saw Indian Private Defence Industry and PSUs  tie up with many foreign partners with least bureaucratic interference or permissions, hoping for orders and   production  so exports can take place. “Only when your Services use Indian wares can you export”, Thales lady rep at show spoke at FICCI seminar.  RM Mrs Nirmala Sitharaman wants exports at any cost from corridors in UP and Tamil Nadu, both political corridors but said I cannot force services to buy India made. 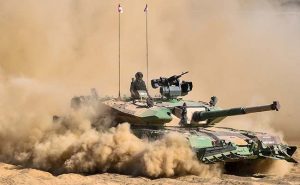 From  1970s the  Navy had foreign  tie ups when it made Leanders at MDSL. Most  equipment  flowed from  Yarrow and Soviet partnerships including  nuclear submarines. All new builds,  are  extensions on that design, and 72 warships “Made in India”    in the same eco-system  that Army and Air Force operated,  but they are now set to follow and  Defexpo showed that.

CNS Admiral Sunil Lanba alluded to this in his Key Note Navy  speech arranged by FICCI with RM and COAS though he is Chairman COSC. COAS did not speak after. KPMG released a noting  Defence depicting how PSUs get away with no interest on loans, give no performance guarantees and take massive time and money escalations.

This post  includes a  generic  IDF analysis  after traveling South to  Kerala &  Maharashtra.  Defexpo 2018 was forty five kilometers from Chennai in hot-humid weather in traffic jams. No shuttle buses were thought of. In parts of India and at the exhibition  IDF saw  more  money  in hands of those there.  Planes fly full and those who  came to DEFEXPO had individual service  Chalets for size.

IDF  basked  in advances of military technology in 7 air conditioned make shift halls done up  by Enpro (which was on a marsh a month ago cleared by a Defence PSU ). The  outdoor display held  Tanks,  Radars and Guns and vehicles. 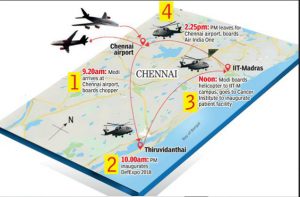 IDF attended  four conferences with same themes in lovely halls and  mixed with top brass,  met foreign defence manufacturers, PSUs/  Indian defence companies,  and few foreign delegations and Russians who are warm when you speak Russians.  France, Israel, UK, South Korea , Russia,  USA and Europe had pavilions. A heartening feature was  Navy’s retiring technical Admirals are now  in Naval Group, or CSL or Brahmos or MDL or L&T etc so it was like meeting ‘comrades in arms’ with frank talk.

Indian Attaches  from abroad were flitting  from VIP lounges to Indian stalls collecting brochures on what was a photo op and jolly  for them in Delhi on 9th Apr, and then at Defexpo. They  were given a  booklet for exports by MOD and DRDO.

IDF only saw  few  mid level service officers from HQs. CAS came only on PM day. IAF staff could have also gained from viewing the advancements and IL-76s &  C-130s could have brought them in hordes as IAF did for selected media. Money being spent seemed  no  problem as MOD charged exhibitors heavily. The  cost of the temporary structures on a marsh  etc vs a Exhibition building needs audit for the future.

Young start up made presentations before COAS and Industry. Half of India’s educated youth  is on the move as never before and with money that can be borrowed and aspirations but what daunts is the chaotic ways that  Indians enjoy. Its like  Amrit rising  like a Lotus from   the dirty waters, a Hindu’s  belief. L&T’s  Mr J Patil gave them hope.

Indians can innovate for defence  and need support.  PM Modi promised a better eco-system for them. Hope PMO is listening to make easier  funds available to SMSEs like it was made to set up Defexpo 2018 ! IDF feels NPAs may make loans  difficult, and  FM wants to have a say in defence  defence budget is lowest at 1.5 % of GDP heard mentioned at the show   !

IDF is convinced that whether the  government or Parliament work,  Stock market seems  unaffected in spite of NPAs poor  internal security and  law and order as Police is dominated by the politicians, and even  a non secular right wing Government  with Hindutva whatever Hindutva  is. This has confused the non BJP nation to restlessness. So  elections will be on  caste,  jati and religion more than ever before and Defence Services cannot escape. Defexpo re-enforced this view  by talk with many  at the show.

India has a lot to offer in its defence sector but its just like the parking arrangements at Defexpo. It was difficult to find your vehicle and get out on the single lane village road  as trucks were coming the other way. Indians personal interest works against India’s national interests which politicians call unity in diversity. It has been PSUs and bureaucratic interest versus private business as retd VCOAS Lt Gen Saha of Society of Defence Manufacturers said in the presence of COAS Gen Bipin Rawat , “ India’s private vehicle industry has become world class but Army’s vehicles are still to”. COAS  has taken steps to alter this but it is   big Army with varied climatic conditions and terrain and needs, he explained but wowed to fight the next war with Indian weapons. 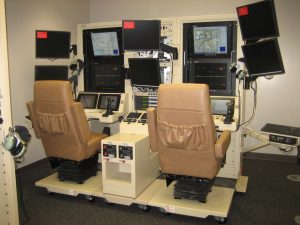 IDF can confirm  half of India the uneducated rural and agricultural India  live in poverty  especially in political BJP  powerful North India as getting votes is their industry. . Not much has changed except mobiles and TV,  ever since Independence by Congress or  by  this  powerfully led BJP RSS Hindutva government in the last four  years which neglected Internal security. Poor and non Hindus and women have  suffered and police has lost policing and how CBI does hundreds of cases justice is beyond IDF.

No wonder PM Modi was greeted with ‘Go Back Modi’ and even no Modiji on visit  to DEFEXPO  and he avoided public,  using helipads.  The   challenge was  over water disputes but there is anger in South India and by accident through  two rapes by BJP  in UP and Kashmir whose shadow was felt at Defexpo in chats.  Politics with elections now includes personal lives and people worry  PM’s personal marital status could   become a political issue, as elections near and more and more women are challenging BJP’s tactics  to protect their leaders over rapes etc.

India is  ranked  133rd  in the World’s  Happiness Index but the survey does not know Indians happiness lies in its chaos and confusion, religious beliefs, many gods Ramayana and Mahibharat and the Gita  and politics and Indian have  huge tolerance levels. India’s military is strong in the same manner.

Previous Post: A PREVIEW OF DEFEXPO 2018 THAT RM SITHARAMAN HAS BROUGHT TO A TEMPLE SOUTH OF CHENNAI –IT WILL SHOWCASE OUR DEFENCE MAKING & IMPORTING & THE MILITARY’S JUGAD TO MAKE IT A SUCCESS
Next Post: BREAKING NEWS FOR INDIA’S SECURITY –THE FIRST SIGNS OF AIR SEA BATTLE STRATEGY FOR INDIA DISCUSSED IN SINGAPORE IN THE 1990s HAS BARED ITS TEETH NOW — IAF SU -30MKI’s FLEW TO MALACCA STRAITS WITH DUMMY BRAHMOS IN GAGAN SHAKTI WITH IL-78s REFUELING & NAVAL SUPPORT IN IOR – BZs !