This is an IDF analysis of Net Centricity, Multi Casting and Fusing of inputs now available in NHQ, and the Indian Fusion Centre(IFC IOR) and on Navy’s ships ship’s operations rooms at sea via the internet US CENTRIX modems and passwords provided by US Navy, for Maritime Domain Awareness(MDA).

In 2002 MEA signed the first of four Foundation Agreements, the General Security of Military Information Agreement(GSOMIA) with USA to enable US Congress to release latest military equipment to India with security. Air Force’s C-130s, C-17s, Apaches and Chinooks and P8is were ordered and are operational in India. Over a dozen Navy pilots trained on US aircraft carriers.

The Navy purchased the 13,000 ton LPD INS Jalashwa(USS Trenton) in an FMS sale for mere $48 million in 2006, and picked up six second hand Sikorsky helicopters from Arizona. The ship’s crew in Newport imbibed the best of US Navy practices and in 2016 MEA signed the Logistic Exchange Memorandum Of Agreement(LEMOA) which has made it possible to order fuel and stores not only for Indian Navy but Air Force and Army, and India now has similar agreements with Japan and Australia. The QUAD navies can provide mutual logistical support to each other with seamless escrow accounting, and recently a US Navy P8A MR Poseidon aircraft fueled at Port Blair. 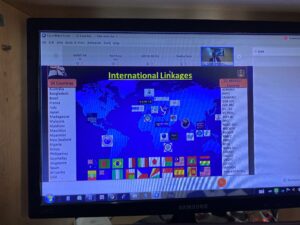 In 2018 USA and MEA signed the Communications Compatibility and Security Agreement (COMCASA) for sharing of restricted US communications and equipment which has a Maritime Information Sharing Agreement(MISTA) clause. Pentagon extended Internet CENTRIX access to NHQ and IFC-IOR by releasing passwords and black boxes to view the Indo Pacific MDA annotated plot along with QUAD nations to track ships and submarines. It was a message to China.

QUAD Foreign Ministers in Tokyo on 6th October sent a message of solidarity to China and the 2+2 ministerial dialogue on 27th October in New Delhi, between Secretary Pompeo, Defence Secretary Mark Esther(Since sacked) from USA and RM Rajnath Singh and EAM S Jaishankar demonstrated the strength of the India USA bilateral relationship to China to follow International laws. BECA was signed to share USA’s satellite data. Only the USA has persistent satellites in space on station which would have helped Army in Ladakh. Now Army can ask for these.

HISTORY OF SIMBEX AND MALABAR AND USA INDIA MARITIME CLOSENESS

It all began after Gen Claude Kicklighter’s visit for Defence Co-operation with USA in 1991. Singapore read the signals, and very alert Defence Attaches in the Indian Mission in Singapore(1991-1995) intensified cooperation when First Malabar was organized in 1992. Indian Navy had already been exercising with RSN ships. 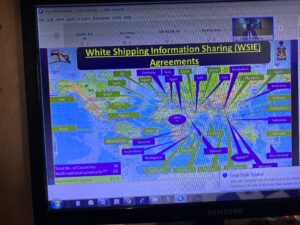 Some Babu in MOD’s finance calculated the cost of the IN/RSN exercises in Lacs and asked Navy to bill Singapore. Luckily Navy took IDF advice and made the exercises bi-lateral called SIMBEXES from 1994 like Malabars despite MEA giving lectures on Non Alignment and a Non Nuclear India. Voice communications has changed to data with TRIGUN for the Indian Navy. Now there are software defined radios for secure Data communications .

IDF complements late Ambassador Tiwari for support. He tasked IDF to meet Chiefs in Singapore at social functions and explain why Indian Navy has got a nuclear submarine INS Chakra. He said, “ DA you go explain”. DRDO head Arunachalam with Santanam and ACM Suri’s visits to Singapore sorted that out, and CAS Air Marshal Michael Teo trained earlier by IAF pilots, was invited to Pune to fly a MIG-29! Teo was thrilled. 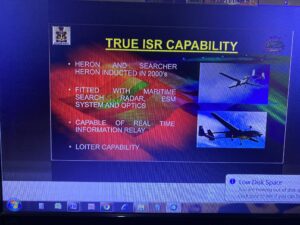 IDF credits Prime Minister Narendra Modi for deftly navigating the India-US relationship since he took over which is supported by RSS and an extract of THE LAST PART of his address to US Congress in 2016 deserves recall.

“Mr. speaker, as we deepen our partnership, there will be times when we will have differing perspectives. But since our interests and concerns converge, the autonomy in decision making and diversity in our perspectives can only add values to our partnership. In my final words and thoughts, let me emphasize that our relationship is prime for a momentous future. The constraints of the past are behind us and the foundations of the future are in place. In the lines of Walt Whitman, the orchestra has sufficiently tuned their instruments, the baton has given the signal and to that, if I might add, there is a new symphony in play”.

Evidently in the present circumstances USA and India need each other with maritime necessities to counter China. Indian Navy is co-operating with America’s powerful Navy for national interests. China has been uneasy about India’s increasing closeness to USA and the QUAD coalition of the willing, who have been demanding free navigation in the Indo-Pacific and adherence by China to UNCLOS 1982 and to deny its claims in the South and East China seas it has converted rocks into islands by force. Is that too late.

Nations harbour fears of President XI Jinping’s Border Road Initiatives(BRI) which has maritime connotations and puts nations in debt. India has objected to the China Pakistan Economic Corridor(CPEC) in POK which has projects in Gilgit Baltistan(POK). Pakistan is attempting to convert GB into its sixth province.

Navy personnel have unlearnt old systems and migrated to Internet systems which has been Navy’s forte and is building infrastructure and dynamic computing that Navy’s WEESE understands. Navy celebrates Navy Day on 4th Dec and needs support and funds to replace aging ships in national interests. Shan No Varuna.