This is an analysis  of  India’s air, sea and land strikes for 36 hours in Operation Vijay.

451 years of Portuguese rule ended in Goa. 22  Indians and 30 Portuguese were killed.

Portuguese military of 12,000 troops in 1954 was reduced to 3,995 Portuguese and 1,400 police including  810 Indo-Portuguese used mainly for targeting  considered extremists by State Secretary Costa Gomes in 1960. The  Portuguese frigate Afonso de Albuquerque was  in Goa( 4X 120 mm guns) and 3 patrol boats (Lanchas de Fiscalização). Air presence was limited to a Douglas DC-4 Skymaster aircraft of Portuguese India Airlines and a Lockheed Constellation of Portuguese international airline (TAP). 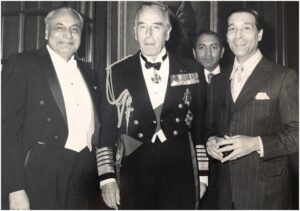 The storming of Anjidiv Island was assigned to the INS Trishul(4.5 inch guns) with  a gunnery team trained at INS Venduruthy for landing under Lt SD(Gunnery) Kelman and INS Mysore’s(6, 4 inch and Bofors] guns. IDF witnessed   the landings from Mysore and supervised the lowering of   the whaler boat and motor cutter with a Gunnery landing party. The Army advanced in to Goa after D Day on 16th Dec as the IAF carried out raids by six Hawker Hunters  on the wireless station at Bambolim and Dabolim airfield with rockets and cannons with instructions not to hit churches or civilians and civilian sites.

The first two boats from INS Mysore and one from INS Trishul with armed landing teams, communication sets, supplies and a National Flag chugged towards Anjadiv  island with sharpshooters.  Portuguese  flew large White Flags.  INS Mysore in VHF touch with boats pre-supposed it would be an unopposed landing. Just when the first wave had landed and were walking onto the beach and the second boat was being beached, massive ‘rat-a-tat-at gun fire’ opened up from the Island’s bushes and from the  Church on the hill, felling few officers and sailors in the water. Others crouched across the beach into the thicket to fight it out.

Flag Officer Indian Fleet Rear Admiral B. S. Soman watched in surprise. Medical landing parties were rushed in boats from INS Mysore and Trishul, a few miles away. A second landing, under covering fire from the ships’ Bofors, and odd 4 inch shells from Mysore and Trishul, stormed the island and engaged the Portuguese and  took position for the  night. Next day the Portuguese defences were overrun after careful shelling  and the survivors were  taken as POWs.

Cdr Colaco embarked  Supply Officer Cdr PS Neogi and this writer  to hoist the tricolour after the island was secured by the Indians at 14:00. Two officers and 5 sailors died, 19 wounded. The POWs and civilians were taken on board INS Mysore. Geneva conventions were read out. Lt Kelman, an Anglo Indian S.D. Officer was injured and later decorated. Much discussion took place on board.

The Portuguese frigate Afonso de Albuquerque was anchored off  of Mormugão to give fire support and  HF radio communications with Lisbon after Bambolim was destroyed in airstrikes, with three patrol boats  at Goa and Daman and Diu. At 09:00, three Indian frigates led by the INS Betwa under Cdr RKS (Russi) Ghandhi took  station off the harbour, awaiting orders to attack  NRP Afonso and secure the port. At 11:00, Indian planes bombed Mormugão harbor. At 12:00, the INS Betwa, and INS Beas entered  Goa harbour and opened salvos on the NRP Afonso with  FPS Analog computer controlled 4.5-inch guns and kept transmitting requests to surrender in Morse code.  Afonso lifted anchor,  and returned the fire with 120 mm guns  disadvantaged with restricted manoeuvrability in the port with a slow rate of fire of  four 120 mm guns,  only few rounds a minute,  compared to the 60 rounds per minute of Navy’s  new frigates. 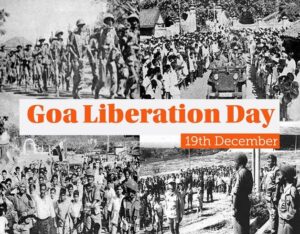 At 1215, the Afonso was hit on its bridge, injuring its weapons officer. At 12:25, a shrapnel shell exploded  over the ship, killing its radio officer and severely injuring its Captain António da Cunha Aragão. First Officer Pinto da Cruz took command and the ship’s propulsion  was damaged.  At 12:35, she swerved 180 degrees and was beached aground at the Bambolim beach. Against the Captain’s  orders, a white flag was hoisted by the Signals Sergeant, but the flag coiled itself around the mast and  was not spotted by INS Betwa who continued the barrage. Many look on this, as a Nelsonic act by flamboyant gunnery specialist later Vadm Russi Ghandhi, who as UK trained and  ADC to Lord Mountbatten in 1947. Admiral the  IDF’s neighbour in Bombay, laughed at the suggestion.

At 12:50, after firing  400 rounds and still under fire gave orders to  ‘abandon ship’ by non-essential crew  and at  13:10, the rest of the crew, with their injured Captain, disembarked onto the beach after setting fire to the ship. Captain Aragão was taken to the hospital at Panaji. The NRP Afonso suffered 5 dead, with 13 wounded in action. The frigate’s crew formally surrendered with the remaining Portuguese on 19 December 1961 at 20:30 hrs. The captains of INS Betwa and INS Beas visited Captain Aragão, recuperating in Panaji.  NRP Afonso was opened to the Navy and IDF visited the ship. The Afonso was renamed Sarasvati with  Navy crew as she lay grounded near Dona Paula until 1962, when she was towed to Bombay and sold for scrap. Parts of the ship were recovered and are on display at the Naval Museum in Mumbai. The whole story is very beautifully depicted in the world class Lisboa Maritime Museum.  Portugal is funding India’s Maritime Museum at Lothal on PM’s request and Op Vijay with Ops orders are on display at C443 Defence Colony New Delhi IMF Maritime Museum.

‘US’ reaction by Adlai Stevenson in the UNSC, condemned the military action by India and demanded that  Indian forces be unconditionally withdrawn from Goan soil. The US Senate Foreign Relations Committee  over objections by President Kennedy, tried to cut the 1962 foreign aid to India by 25%.  Referring to Western perception, that India had previously been lecturing the world about the virtues of nonviolence, President Kennedy told the Indian ambassador, “You spend the last fifteen years preaching morality to us, and then you go ahead and act the way any normal country would behave. People are saying, the preacher has been caught coming out of the brothel.”

The USSR vetoed a U.N. Security Council resolution condemning the Indian invasion of Goa. The Soviet head of state, Leonid Brezhnev, visiting India at the time, applauded the Indian action, urging Indians to ignore Western indignation as it came “from those who are accustomed to strangle the peoples striving for independence and from those who enrich themselves from colonialist plunder.” Nikita Khrushchev telegraphed Nehru that there was “unanimous acclaim” from Soviet citizens for “Friendly India”. India Soviet friendship had begun. 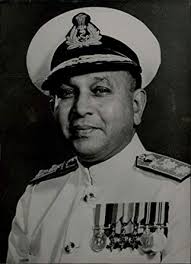 On  19th   FOCIF Soman, aware  a surrender  was taking place ashore, embarked  his barge from Mysore and IDF accompanied him to land at a  jetty in Marmagoa as Acting Flag Lt as Lt Madan Saxena had gone to get married.  The JCO   pointed his rifle  and shouted, “Kon hai. Kahan jata hai. Code bole.” (Who Goes Where. Shout Code). We had the Code for 20th. I jumped ashore and explained that the Admiral was on board, but JCO insisted on the code word or he had orders to shoot even after  I told him Anjadiv was captured and the Admiral needed to go ashore. He looked at his list and said, “It says Navy will be allowed only after D-Plus 3”. The Admiral decided to land the next day.

Admiral Katari writes in a tailpiece that the Chief of General Staff Lt. Gen B.N. Kaul marched into Goa leading the victorious Indian troops and this provoked Lt. Gen. J.N. Chaudhuri to inquire of Army Chief Gen. K. S. Thimayya in Delhi whether the Chief did not trust him. Katari also writes about strained relations between the Chiefs and Menon and about how Gen Timmy Thimmaya was made to withdraw his resignation.

Nehru had favourites and IDF in hindsight analyses  that Gen Kaul’s family was close to Nehru’s,  and possibly seeds were laid and Kaul  groomed to become the ill-fated  4 Corps Cdr  in the 1962 Indo China war as Nehru was enthused by the swift Goa operation to order the Army  TO THROW THE CHINESE OUT in 1962. That’s history IDF tables. DO VISIT IMF MARITIME MUSEUM 1030 TO 1330 FREE AT C 443 DEFENCE COLONY NEW DELHI. Shan No Varuna.

Previous Post: GOA OP VIJAY HAS A NAVAL CONNECTION—– ON 19TH DECEMBER PM MODI CELEBRATED GOA’S 60TH LIBERATION DAY AT THE SHYAMA PRASAD MUKHERJEE STADIUM WITH FUNDS FOR GOA’S FUTURE DEVELOPMENT WITH ONE EYE ON ELECTIONS DUE NEXT YEAR.. Part 1
Next Post: THE ROYAL INDAN NAVY MUTINY 1946 WAS A HARBINGER TO INDIA’S INDEPENDENCE IN 1947—IT IS RECOGNISED BY BJP NDA GOVERNMENT IN A TABALEU ON INDIA’S 72 ND RD PARADE WITH NETAJI’s TABALEU