IDF Analysis of need to look at ‘Capable Private Sector Companies’ and Strategic Partnerships with designs “For Best Bang” as Navy has done. PM Modi has eradicated ‘Go Betweens’ and hopefully, Favoritisms !

After the victorious 1971 war when a Soviet Nuclear submarine rushed to India’s aid and threatened US TF-74 ships in the Bay of Bengal, Mrs Indira Gandhi a strategist (now relegated thanks to RSS) realised that armed nuclear submarines are essential for a maritime country. After India’s Op BUDDHA nuclear bomb test in 1974,( Peaceful Nuclear Explosion -PNE, it never was), Mrs Gandhi asked BARC to develop a submarine reactor and train naval engineers. 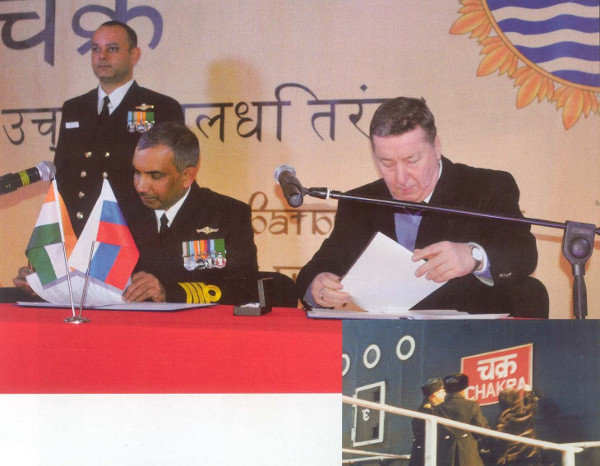 Nuclear submarines are expensive, but submerged they are almost invulnerable. Their missiles, are a little less accurate than land-or air -launched, but under water launched ballistic-missiles are most difficult to detect or destroy in a first strike, and also suited for second strikes.

The logic and strategy of No First Use (NFU) in India’s nuclear deterrence doctrine is debatable. RM Parrikar feels NFU has flaws, but MOD is confident India’s massive second strike will deter and maintain peace with nuclear Pakistan and its close ally China, both looking to keep India’s growth in check !

Camouflaged as the Advanced Technology Vessel (ATV) the Arihant project was sanctioned by Mrs Gandhi and Secretary PN Haksar and will one day be remembered as a historical gem for the Navy. It harks back to the 1990s in secrecy except for a PHd study by JNU’s Yogesh and from MEA, Russian and US archives, which speculates how ATV came about. IDF joined some dots. India abhorred nuclear weapons for the military, but Navy always had Anti Nuclear Defence and Citadels in ships and taught NBCD, and even discussed Warsaw vs NATO nuclear policies in war courses. IDF can vouch as Commander Naval Academy after adding notes from RNSC in London. Gen K Sunderji helped by K Subrahmanyam father of FS s Jaishanker wrote a Phd thesis. He was curbed circulation by GOI, when he became COAS. IDF got a copy from IDSA at Sapru House and ran across Gen Sundarji’s bows when he asked how IDF got it ? A source is never disclosed !
ATV was funded to research nuclear propulsion and, construct an indigenously developed nuclear-powered submarine. The program was an exemplary collaboration between the Bhabha Atomic Research Centre (BARC-DAE), the IN and India’s Defence Research Development Centre DRDO , funded by the PMO’s with L&T as the Public Partner in a leased shed, having built nuclear plants.

By 1995, reactor trials took place at BARC (Mumbai), with naval engineers learning. It weighed appx 600 tons and was dubbed “unsuccessful” as it was plutonium based as BARC only had expertise in Pu. A brilliant but undiplomatic Capt Subbarao sent to BARC for training, took courage to present it so to CNS Adm Stan Dawson and Dr Raja Ramana in NHQ. A submarine needs quick changes in power and plutonium reactors are unsuited. Thanks to Subba, the project became Uranium based and India imported low enriched fuel from Russia, allowed by IAEA.

BARC sacked Subba, and with IB took him to the cleaners but after years in jail and lawyers, he argued his own case in the Supreme Court and got cleared. Navy could have helped, but did not.

Russian nuclear scientists and engineers joined the project in 1991 at the Kremlin hostel at Vishakapatnam, and built excellent facilities but the program at BARC failed to yield a suitable reactor. In 1998, it was reported Navy-BARC threw in the towel and purchased a reactor design outright from Russia.

By 2004, a working eighty-megawatt prototype reactor had been built, tested by BARC with industry and achieved criticality. This has been Navy philosophy to buy designs and trust Industry and Universities to improve them, tweaking the 1923 Official Secrets Act. 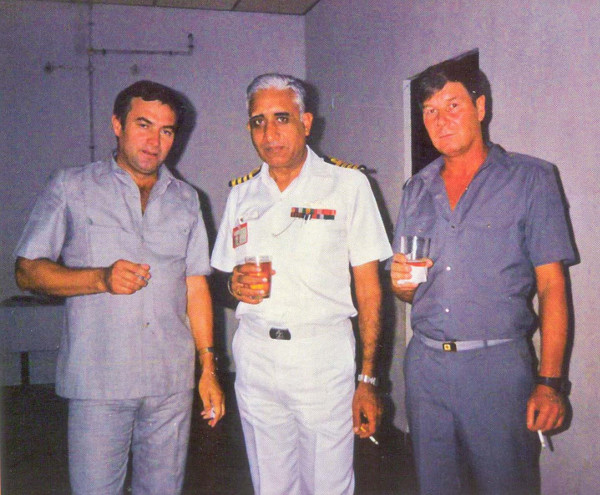 India began on this path in the 1960s with Yarrow of UK when Indian Navy bought out the Leander design for INS Nilgiri and shared it with MDL. Nilgiri is the mother of all India Designed ships and for WESEE for electronics, space, EW, communications and sonar improvements.

The submarine constructor team that went to Germany HDW-IKL at Bremen to learn submarine construction, brought back over 20,000 drawings, the base for India’s nuclear and submarine designs. Today twelve P 17s, P28s and P15s in Indian yards have been built or are on order and 6 SSNs and an aircraft carrier are on the drawing board. None abroad ! Navy had bought a cheap small carrier design from DCNS France in the 1980s.

IAF never thought on these lines but left all to HAL. After Gnat and Marut, politicians preferred imports. HAL’s UK trained Kiran designer Mahindra left, and ADA-ADE was made mainly to employ bright seniors in Parkinson’s law and make berths, to ab intio design prototype fighters and UAVs etc which takes years. Army tried this on Arjun, IAF on Tejas not so pragmatic ! Navy has come to the rescue.

The 6,500 ton hull is reportedly based on the larger Akula/ 971–class and the experience on ex-Soviet Charlie II class leased Chakra leased from 1988 to 1991, an amazing story of pioneers. INS Arihant crew of 90 with fifteen knots surface speed and twenty-four knots underwater and closely held diving depth, is the smallest ballistic-missile submarine in the world, with the exception of the North Korean Gorae and, now France’s Barracuda models.

The Arihant probably dives deep, but accommodation is cramped compared to Akulas, but promises to be better in succeeding two, with a plug needed for bigger DRDO Kalam-4 nuclear tipped missiles with 3000km range, which will replace Kalam-15/Bhasin-05- 750 Km on Arihant. 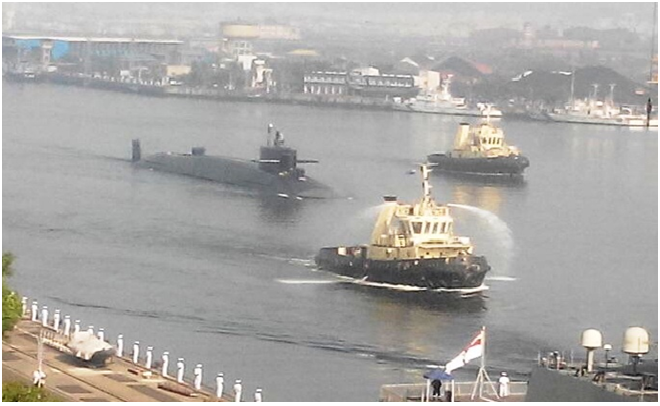 MOD or Navy have never issued an achievements brief on Arihant to learn as a large Naval Equipment Testing Centre DMDE, was set up at Hyderabad for quality assurance, but internet and media and four books have been written by Capt Terenov, Anand of BARC who built the S1 Training submarine at Kalapakam IGARC and Joshi’s Phd thesis, and dots tell the story. L&T has issued only one advertisement and touts it at Defence shows with reticence.

Arihant was launched in 2009 by Mrs Manmohan Singh. PM MMS credited all who contributed, including the Russian consultants responsible, also for safety checks. The reactor went critical in 2013 under Dr Usha Paul of BARC, and began sea trials end 2014, and was silently commissioned in August 2016. According to Naval Technology, the total price tag was around $2.9 billion possibly including infrastructure and Arihant did a long proving patrol.
IAF and Army need to take risks with industry and support industry like they help PSUs. Shan No Varuna. Bande Materam.

This story continues. Indian Navy had ordered BrahMos on a JV a tri-service success, and now orders Radars on Tata Nova not BEL in next posting on www.indiadefenceforum.com with lessons from aero India.