This is IDF Analysis on 68th Republic Day of the ‘Command And Control Of The Armed Forces’, as India has a anti corruption BJP nationalist right leaning Government with RSS thinking of pride for India, and belief in an elitist Hindutva philosophy.

India has 30 mill rich and 150 million well to do population which is big with buying power and a powerful military. The rest ‘are inconsequential’ in the world’s eyes. India’s population is possibly the largest in the world ( no full census). CIA’s brilliant Ray Cline (1970) predicted that in the 21st century (maritime) geography and population will be critical in deciding world’s equations. A la Mahan and KM Pannikar for the Indian Ocean. It is thus evident and India will rise under any enlightened leadership but must rise fast, to eradicate the curse of poverty. 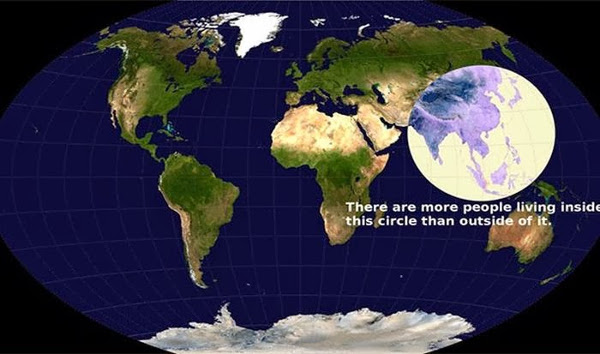 China has a nationalistic population, infrastructure, money, a rising military but cramped Pacific Sea front facing USA. No wonder China is entering IOR and seizing much of South China Sea (SCS). If Taiwan joins China with its large Itu Aba/Taiping island (the largest in SCS with C130 and Coast Guard) and tables original charts it holds, both could try to challenge the Ex Parte UNCLOS ITLOS 12th July award which offers ambiguity on Itu Aba in pages of debate. Taiwan was barred from joining. China insists on ‘One China’ policy, which Trump wants to Trump and he spoke to PM Modi before other leaders and shows India’s stature and USA needs India as its Cat’s Paw for China.

China plans long term. Vietnam and China at leadership level have arrived at peace and tranquility. Philippines’ Duarte has got fishing rights in the Scarborough Shoals, and Mischief Reef agreement is awaited.

INDIA AS A POWER

India’s military is strongly armed with BJP support with latest armaments on order both imported and locally, though sans joint planning. 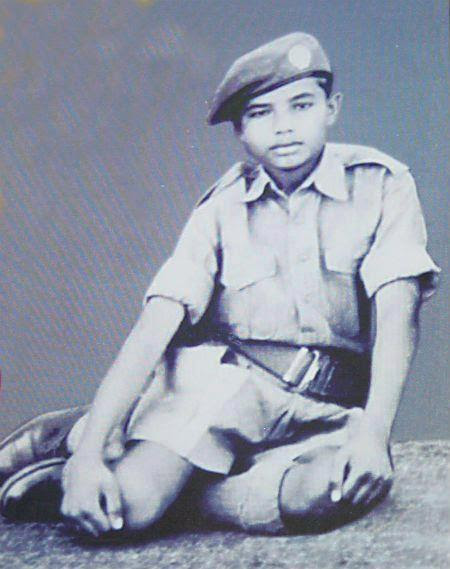 India’s small Navy makes its ships in India and runs nukes, and avoids media glare. DRDO makes powerful nuclear missiles and the DRDO-Navy-L&T combine have commissioned nuclear submarines but the joint structure for security and war remains weak. Command and control structures need attention as it is still British left Whitehall legacy. Committees have recommended changes but none have seen daylight. Another with same wine in new bottles, was tabled in December by Lt Gen Shekatkar.

India is mentioned 15 times and rated the No 3 most powerful nation just ahead of Japan in China’s White Papers that China wishes to curb, and worries about the strong US India collusion. Pakistan and China are allies and pose major concerns that impede India’s progress. Its cold war now.

On 15th Aug PM Modi proclaimed from the Red Fort, Pakistan was illegally occupying India’s Kashmir (POIK). RSS BJP is moving diplomatically first , and can be trusted to act boldly.

This conundrum must be high on PM Modi’s mind, and China is making CPEC in POIK. China has bought in to Pak stocks like USA does in India. The surgical strikes on 29th Sept was a lesson and ominous indication to Pakistan the border can be crossed and it must curb its terror.

The military would have been consulted for 29th Sept surgical strikes or after and may have indicated shortages, a la 1971. Media reports Rs 13,000 cr of ammunition has been procured by teams including visits to Israel. DRDO has a second retaliatory nuclear strike with missiles. Another Agni-5 test is due on 31st Jan as India looks to deterrence, not war.

The agencies involved in military’s affairs are, MOD, MEA, RAW and political parties and a capable NSA who supports RSS thinking, an FS who understands RSS and has been given extension and geo-security capable BJP Secretaries Ram Madhav and Muralidhar Rao who advise, and RSS supports two think tanks, which interact with security experts in India, abroad for India US military partnership. Trump recently assured Modi ‘he is India’s friend in USA’.

Yet the Government unintentionally divides the services instead of promoting jointmanship (mutual interdependence) and confidence. The 7th pay commission ruling/full OROP is pending, as is a CDS and theatre commands, common training and joint procurement, inescapable to harness India’s military power and morale.
This is IDF’s limited but patriotic view, as BJP works in secrecy but rules in India’s core interests. To understand RSS recently two divergent opinions appeared in Indian Express Ideas page on 18th Jan by Rajiv Lall and 24th January by Prof Shamsul Islam, with warts but India first in policy.

Private radio is not used and only sings songs though PM Modi uses AIR power for ‘Man Ke Baat’ and opens up, but even sports is not permitted on private Radio. It was promised by I&B Minister Col Rathore 18 months ago at USI to a gathering of 100 but I&B works for politics and only AIR is allowed sports, current affairs and news by edict, few realise. You never hear a school sports day on private radio as AIR has only 1 hour a day for sports.
India’s Rules of Business makes the Defence Secretary responsible for the Defence of India and Chairman Chiefs of Staff Committee (COSC) becomes lesser. An ex COSC never commented if PM consulted or when India’s Cabinet Committee on Security issued written directives via the CCOSC? Hence the need for a CDS with powers.

RM Parrikar has presented a paper on CDS to PM for a decision, that Chiefs must have been consulted and discussed at the Annual Combined Commanders’ Conference in closed doors at the IMA in Dehra Dun on 22ND Jan sans PIB announcements.

ACCs were the vehicles in absence of White Papers, to issue broad strategic directives for the Chiefs, rank and file, Ministries and the nation to act. Media disseminated views. The world understood. PM’s have made statements like India’s interests range from Aden/ Hormuz to Malacca, or OROP will be cleared, or the Indian Navy is IOR’s Net Security Provider or a new Mountain Corps for North at Ramgarh or US India’s Strategic vision. The armed forces take these as directives to plan.

Now big ticket orders and International pacts appear with suddenness like 36 Rafales as fly aways, though France knew in advance as it was linked to Areva reactors and L&T was on it. Four Krivack warships were ordered from Russia, two in India but no DPP strategic partnership is in place. This scares the private Military Industrial Complex. MKU India’s biggest defence exporter got its first Indian order for bullet proof helmets after years. Private shipyards are denied small warship orders, as nomination to PSUs continue.

Recently an Army Chief selection took place last minute with a new suprecession policy which has creat
ed a most unnecessary rift in the Army’s armour and artillery. An Ex CAS not yet charge sheeted saw Tihar Jail. He could have been in service custody and produced to CBI/Police when needed, as past policy till charge sheeted.

Its scary. Social media gets filled with falsehoods. A C-in-C is fighting to defend his honour that armed forces live by, but now Chiefs are in politics and canvassing for elections that politicizes the military. Ex Chiefs are Icons and very respected and are given service perks life long. A former Naval Chief rightly suggests they should take up positions of dignity.

Three former Navy Chiefs are senior distinguished fellows at War Colleges in Goa and at Newport Rhode Island USA and one heads NMF with dignity.

There is quest for dominance by the bureaucracy with power of Whitehall files who fear CDS, jointmanship, theatre commands and do not understand economy in training and procurements which is the need of the hour. CDS has his task cut out.

It is only after examining key factors in India’s history and wars, that can elicit a consistent foreign and military policy, and guide India’s ambitions for its expansion. RD Parade is again with no Public or Private sector contingents that IDF recommended, another standard parade. Crown Prince HE Md Shiekh Bin Al Nayhan will sign a Strategic pact, see new DRDO radars, a Dhanush 155mm/39 cal towed gun, 27 aircraft fly past, Netra UAV, Kalvari not Arihant and India’s muscle and cultural soft power on display .Shan No Varuna. Vande Matram.

Previous Post: INDIA IS USA’S CAT’S PAW FOR CHINA AND USA’S DE-FACTO STRATEGIC PARTNER WITH OUT SAYING SO — NOW WILL TRUMP’S ‘USA FIRST MONROE DOCTRINE’ FORCE INDIA’S HAND IN MARRIAGE TO TAME PAK TERROR – AS PAK IS CHINA’S CAT’S PAW ?
Next Post: PAKISTAN RELIES ON MISSILE & MILITARY SUPPORT AND MONEY FROM CHINA WHICH RELIES ON PAKISTAN FOR ITS SOUTH ASIA AND IOR STRATEGY FOR ITS ASPRING 1.3 BILL AND HAS DREAMS LIKE TRUMP’S AND MODI’S TO MAKE THEIR NATIONS’ GREAT –IDF DEBATES –HAS THE TRIANGULAR CLASH BEGUN ?