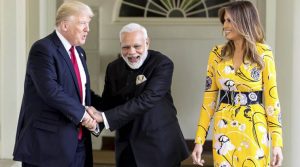 This post must begin with Henry Kissinger’s quote, “India and USA will have  relations like a married couple, who can neither divorce nor get along,”  and IDF adds,  but do have  to bed each other  from time to time.  Even the brilliant strategist Brzezinski from Columbia University agreed when he heard the slogan GARIBI HATAO but no strategy by Congress which made Indians poor.

US AID , PL-480 Title 1/2/3 in the 1960s and in the 80s for BEMARU states and for edible oil were co-operative but the relations soured over 1988 Shakti atomic tests. But INDIA’S help to USA IN THE  Gulf War and in the war on terror  when Indian Navy patrolled for USA in the Straits of Malacca in Operation Sagittarius  USA and India cuddled up and sanctions were lifted after Shakti. Remember ? Now with rise of China both need each other. USA to manage its power the East and India for investments and weapons  and hand holding against China till India is militarily and economically strong.

IDF has  used the above  quote  often. Currently India and USA are in the same bed but  this time,  as a distant married couple11,000 miles apart for years.   Internet makes them neighbours.

USA is under a powerful philanderer as per  media  Trump, and  India under Modi a Syamsewak of the RSS preaching Hindutva. Both  arehonestly  trying to see, if they can go for a honeymoon and better their lives for the USA to become ‘Great Again’ and that of Indians. Both need each other but  the Elephant in the room  China  may spoil the party, by siding with nuclear and geographically rich Pakistan for which India and USA have  no policy.  Afghanistan and Taliban are the spoilers.

Commenting on their  honeymoon  Chairman Mao would say,  “Its too early to tell the outcome”, or as PM Vajpayee would comment, “ Na Puuchokyahoga, yakyanahihoga.” Do not ask what will happen or what will not happen when he did not wish to comment categorically, and is quoted in Kingchuk’sbest selling book which tells you about Vajpayee’s unabashed  private love affair with his ex College mate and the following is quoted  Brackets by IDF.

“VAJPAYEE was a protégé of Jana Sangh stalwarts like Syama Prasad Mukherjee and DeenDayalUpadhyaya, (Not Veer Saverkar or Golwalkar).  Vajpayee won the admiration of Jawaharlal Nehru, was consulted by his daughter Indira Gandhi – whom he never lacked the courage to criticize-and befriended by fiery trade unionist George Fernandes even before they became political allies. He thus displayed an unusual ability to carry along all shades of political opinion – an ability that came to the fore when he headed the National Democratic Alliance government between 1999 and 2004. (This seems to be lacking this time)  And behind this public persona was an unusual personal life (and love affair), conducted with such dignity as to remain free of innuendo”. (No love affair this time around in our leadership  butIndia’s military should salute Vajpayee for the nuclear tests in 1988 and meetings he had over tea with the Service Chiefs that Gen VP Malik writes about in his book on Kargi). 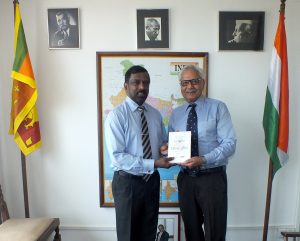 As a regular at Conferences in India and occasional invitee to conferences abroad IDF  learns a lot from speakers who prepare their presentations. IDF confesses foreigners do this better  with preparations while  Indians including IDF being articulate and Brahminic when offered a mike, tend to speak extempore or from notes. It is also well said, “Its more difficult to stop an Indian Speaker from exceeding his time than to make  a Japanese fill his full time.”

As a  visitor to China and USA in the last few decades and having worked and lived with educated and ordinary people  from both these nations IDF   offered  frank views  in a book Indians, “Why we are what We Are”,  with Hinduism’s good and warts but  was criticized in reviews by Hindu as a person not educated in the Vedas. Yet  IDF feels one can discuss the warts and beauties of  India, USA and  China without Vedas or Hindutva, that PM Vajpayee did not believe in.

One has to visit these countries, talk to hundreds in streets that VIPs cannot do, and be in frank conversations  with  its people, read a lot about their history, their predominant  religion  and appreciate their geography and economy that dictates their ways to be able to be able to comment.  USA’s economy is  what Tocqueville said and is   based on ‘Make Money’.  Young students even of rich children work——-never in India. 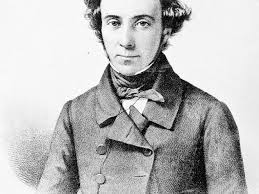 So IDF  comments to Amercans was that Indians are intelligent but dictated by caste, bits of trickery as in the Mahabharata and  where religion and movies holds a sway on poor people as their walking sticks for   solace. Political parties use the divideand  black money power .

So it was in New York that a retired Naval officer invited friends and  a professor to discuss India.

idf repeated what is given above  to them and finally when asked about PM Modi and President Trump by the thinking Americans who  follow  politics closely I was able to say both leaders follow the two dictums of Descartes, “ I think ,and therefore I am”, and “I doubt, and am, so I am”,  and explained DEMONET as black money issue as it seems back if KARNATAKA elections and disappearance of Rs 2000 notes in media are  true and market place activity shows . Digitalization has hit poor and helped the rich in India and gave examples of the poor hard working uneducated farmer in the village.

IDF has now  been asked to speak on Navy and my book THE FUTURE INDIAN NAVY as most know a big Malabar 2018 is on near Guam ! 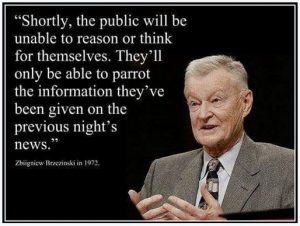 IDF looks  to action on Countering America’s Adversaries through Sanction Action ( CAATSA) that imposes sanctions on a country or utility for any significant purchase of military equipment from Russia. India will get an exemption on the Grandfather principle as USA cannot afford to lose India !