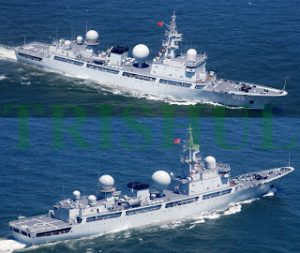 IDF Analysis On The Hiatus In The Maritime Rise Of India. Is it Money Crunch or Poor Planning. Many Navy platforms are aging ?? USA is pushing India to join a pact in QUAD to meet China unmindful India is tied with Russia and is in SCO.

Thanks to India’s economy heading upward of $ 3 trillion with a 1.4 billion consuming population and India’s Army rated No 3 in the world, the Air Force No 4 and Navy No 5 the world looks to India as a world power in the making. Yet India is an exception in the world with no CDS, so there is no Politico Military loop or jointness and despite Congress roping in Gen Hooda to write its Draft Security Strategy where words Politico Military is mentioned often. Arun Singh, Kargil and Naresh Chandra Committees did the same, but no bureaucrat or politician will bite the bullet for jointness or a CDS. .

India’s Defence set up works with the shifting stands of Defence Ministers. Hence a non Constitutional NSA was necessarily brought in with powers of a CDS by PM Modi and has done well to make India think tactically in surgical actions against Pakistan with successful strikes and to hold China in Doklam but the strategically long term goals to meet the China Pakistan partnership in the Indian Ocean Region (IOR) which will be maritime based, needs urgent looking into. China is looking for a window of time for its BRI and MSR investments it has got from the private summit at Wuhan to gain early BRI returns and try to reap as many strategic and economic harvests it can. PM Modi met President Xi at Wuhan in a one to one to seek time which pleased China. Yet Xi did not then agree to name Masood Azar of JEM as a International Terrorist, and Phulwama followed. 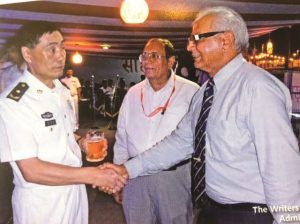 It needs appreciating World over Navies which are capital intensive cannot be built up soon or without a Strategy so India’s Navy broke ranks and boldly issued a Maritime Military Strategy a decade ago and increased India’s maritime prowess and power with missile platforms including a home built nuclear boat INS Arihant and joined the Triad. USA goaded India to take up the mantle of Net Security Provider (NSP) in the IOR and has provided 12 P8is to patrol the region. More with Avenger UAVs are on the cards.

In 2018 the Indian Navy was rated the fifth largest/powerful Navy in the world after USA, Russia, China and Japan’s MSDF and was going to overtake Japan but with a slowdown in orders, delay in deliveries and blacklisting of orders that remain on the cards for a 127mm gun from Otto Melara (delaying design of platforms), and lack of 24 Multirole Helicopters from Sikorsky thanks to the unending Agusta-Westland scam and Torpedoes from Finmecanica WASS now Leonardo in Italy the Navy has deployed its ships well and has faced the challenges of low budgets stoically.

This happened as Doklam in 2017 was a tactical surprise for the Army and IPS controlled Intelligence. Budgets shifted and Navy was left without a healthy budget as the heading of this post shows with $ 14 17 bill orders for Army and high priced 36 Rafales fo the Air Force. The Indian Navy could drop to sixth position to Korea, if not checked with a lowering of its ORBAT and missing the target of 200 ships and 400 aircraft by 2027!.

Naval Watchers are analyzing China’s International Fleet Review (IFR) 2019 in Qingdao which ended on 23rd April with 60 delegations and 80 ships on parade that saluted President Xi Jinping and spent a day at sea.

It included 36 ships and submarines of the PLA (Navy) and 40 planes. Though the US Navy was absent India’s MDSL built Type 15A destroyer INS Kolkata with Ukrainian Zorya gas turbines, MF/Star ASEA radar from Elta and joint venture BrahMos and Barak-8 missiles and Fincanteri built tanker INS Shakti with aged Alouttee helicopters took part, leaving INS Kadmatt back after exercising at Da Nang in Vietnam.

The Indian Navy and the world must have seen the PLA (N) at close quarters. IDF was impressed going around South China Sea Flagship Yulin in 2016 in Singapore under the South China Sea Command of Admiral Shen Jin Long, who was catapulted and is currently the Navy Chief, quite articulate in English. Three years later PLA (N) has fielded more powerful 054 platforms, and revealed the 055 and the carrier Liaoning, and latest nuclear submarines, destroyers and Navy airplanes in the parade, IN can take solace its second IFR India off Visakhapatnam in Feb 2016 saw overwhelming participation of 50 navies with nearly 100 warships. India is more popular ! 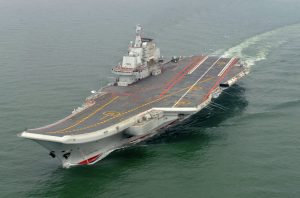 Perceptive visitors to China and our diplomats know China’s ways are mysterious and many things happen behind the scenes; and little comes to the stage, especially if you do not know the language. China surprised the world with its growth, and will continue to surprise in AI, Cyber, with its aggressive space and counter space programmes and Bediou chain and Yaugon and Shijian satellites with hack proof communications for world connectivity. Huawei helps them. The Harbin University is on to provide Naval R&D and Naval Technology by any means and the scientists do not miss a maritime exhibition looking for tactical technology.

IDF has always maintained RAW is an able IPS manned career conscious agency which as per the charter provides strategic Intelligence and it was to have a percentage of Armed Forces for tactical intelligence but was never operationalised but took in retirees from Service Intelligence. Defense attaches can do little except send brochures. 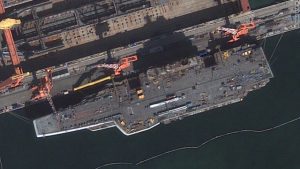 In a 2018 conference at Haikao on BRI with naval participants PLA(N) was warned it was taking on a gamble to make its third nuclear propelled. The advice was analysed. China announced early in 2019 China is building a 30,000 ton nuclear propelled Ice Breaker for the Arctic route to prove its surface nuclear reactors before thinking of putting nuclear propulsion into their third and fourth Aircraft Carriers. China has understood the role of maritime power in its rise and has lessons for India.

President Xi Jinping and Adm Sheng Li in CMC are hands on for naval decisions and Admiral Shen Jin Long (CNS) have a target to make PLA(N) look like the US Navy in 15 years if not earlier. A set up named SASTIND of China has ten Industrial government and private companies co-operating for National Defence with emphasis on flow of technology by any means to military and from there to civil industry and reverse from civil to military. India must therefore take China’s maritime rise seriously, especially if CPEC plans for Gwadar and submarine base at Ormara succeed to let PLA(N) base warships there which will make PLA(N ) next door when that happens as PLA(N) already has a base in Djibouti. .

India’s Navy is meeting its many needs for exercises with its lone aircraft carrier, 10 Destroyers (4 Rajputs are over 30 years old) and 20 frigates/corvettes with better engine technology for sustained sea time and well trained man power but the rise and fall of nations has had a direct connection in history with the rise and fall of Maritime Power, and the advent of better AIP submarine and nuclear submarine and aviation technology has enhanced and fortified the power of large navies which are three dimensional like all top 10 navies of the world.

China’s PLA (N) has shown its teeth in the South China Seas (SCS) to deter US Navy from taking any military action and may soon do so in the IOR around 2021 with basing ships there like USN did abroad as it has cut its Army by half and placed more funds for its Navy to build 10 warships from 18 a year. While in India the slogan worship is for religion Chinese worship their work and they keep religion simple and at home with Ancestor worship. It is time for a debate on INDIA’S MARITIME FUTURE. Come to Indian Maritime Foundation MARITIME MUSEUM at C 443 Defence Colony Basement 1015 to 1600 in Delhi and see the Indian Navy and its future and pick up material Shan No Varuna !