This then, is an analysis of a risen cash laden ambitious China, with modern infrastructure and an aging population versus a still rising India, struggling with decrepit infrastructure and a young bulge of 200 mill seeking jobs in a terror and ‘new experimental religious policies’ charged land. Both wish to dominate the Indian Ocean and South Asia without saying so. Is it a geo-political clash ? 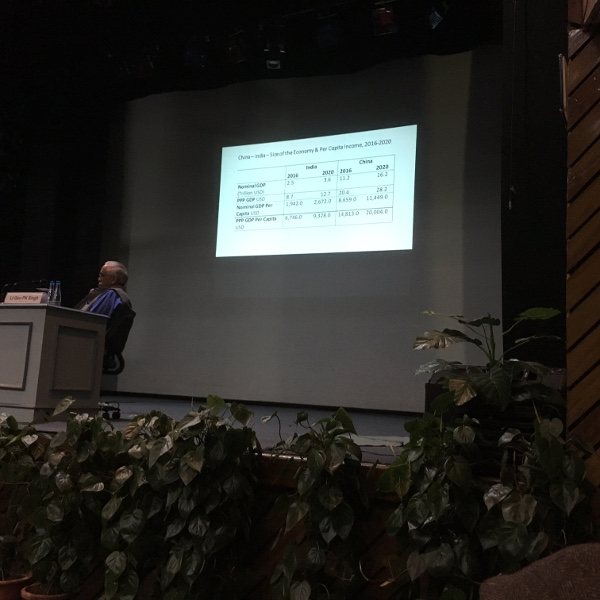 China has employed OROB, CPEC and MSR on pleas to promote infrastructure and stability (while pursuing its national interests) ? Is it like USA’s Marshall Plan which professed it was to control Communism and preserve Democracy (USA’S Republican Capitalism) ? Marshall Plan ensured USA’s Military Industrial Complex(MIC) grew but today it is laced with Huntington’s Clash of civilizations (IS) and deficits ? IDF attempts analysis.

IDF states that the military, especially Naval Leadership in the PLA (Navy) is now professional not political as in the past. Harbin University and Ukraine are stealthily providing amazing technology to the PLA(N), that USN calls ‘China’s Third Force’, crying out for India to be a trusted ally. NSA Doval met Def Sec Mattis in DC and many issues must have been discussed and shared with the Chiefs on return, as he does fill in for a CDS.

By chance IDF saw long serving PLA CNS Admiral Wu Shengli (2006-17) in Delhi, as a guest of CNS Adm Suresh Mehta. Wu politely and silently eked out views on Indian Navy’s experience in anti piracy operations off the Horn of Africa, which Navy provided, possibly unaware a PLA(N) Task Force with Marines was being prepared for the task. Indian Navy’s professional advice must have helped PLA(N) in its anti piracy in early days. 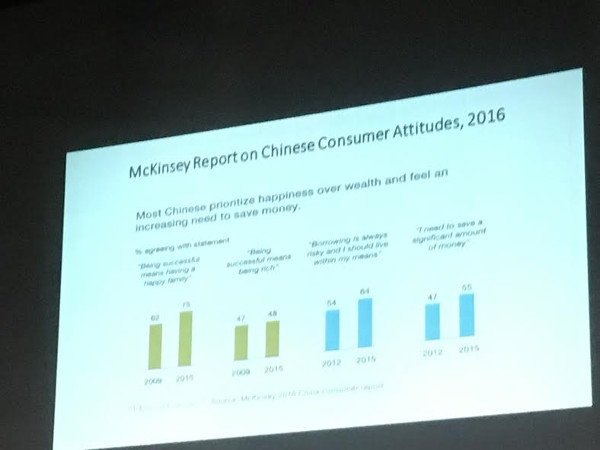 The PLA(N) since 2006 has done better than many Navies off Somalia with larger continuous task forces called expeditionary, with land grab too. PLA (n) now has a base in Djoubiti and influence in Seychelles and Maldives which Amb Ali Hussain Didi from Maldives very cogently explained is by neglect of the Commonwealth and India to let China in. Soon Saudi Arabia may invest $ 10 bill in Fafoo atoll. He also explained the GMR’s spoilt bid to construct Male airport and hinted it was in AW-101/ Bofor style in a diplomatic way, which MEA got involved in. It soured relations that Navy and CG keeps building in IOR.

Again by chance in 2015 at IMDEX in Singapore, IDF met young budding professional 57 year old Rear Adm Jinlong Shen who impressed IDF at the conference where he spoke confidently as China’s Southern Fleet Commander responsible for South China Sea (SCS), Anti Piracy Patrols and Indian Ocean Region even sending nuclear submarines there. Later that evening IDF met Jinlong and briefly quizzed him on SCS and IOR on board INS Kadmatt’s reception Flying the Flag of then Radm AB Singh (Vadm in SFC now ). Jinlong invited IDF to PLA(N) Yulin which exercised with the Republic of Singapore Navy and were impressed, but did not allow IDF to go below deck. (Report and photos in India Strategic). 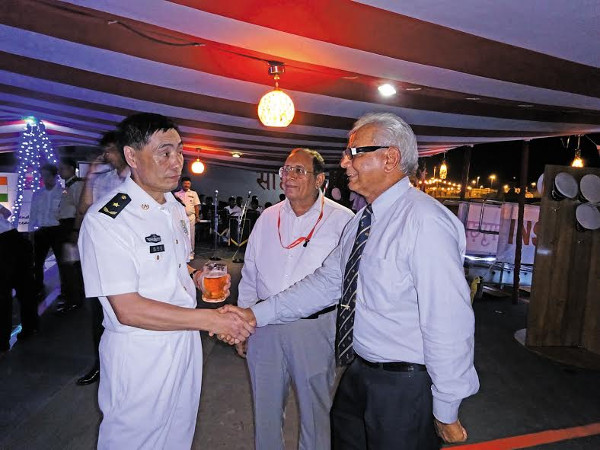 To IDF’s pleasant surprise Jinlong has become an Adm and Chief of PLA(Navy 59). After Adm Wu(71) the long serving architect of the Modern PLA(N). Wu continues in the powerful CMC , IDF agrees PLA(Navy) “Is China’s Third Force” – ranged against the USA’s Pivot and India’s Net Security Provisions in the IOR and all Western statements for SCS. China uses Pakistan which the Pakistani delegate who spoke via Skype, described Pakistan as the Geographic Pivot for Arabian Sea and Hormuz where all oil transits and said China is our friend.

Prof Abdul Mufti from Afghanistan spoke at South Asia Conference with US accent and showed how many eggs and India’s maritime response to Gwadar is in Chabahar but refused to specify what investment so far India or Afghanistan has made and assured roads are ready. He called Afghanistan no more land locked but ‘land linked’ to the sea, and CAR. M/s Shebonti Dadwal an energy expert was critical of India’s decision making and asked if President Trump will upset Iran-US policy, assured by Obama ?

CENJOS discussed ISR, and CII-Army hosted DEFCOM. Both were well attended and had exhibits as the Biz for Army’s BMS, ISR and Reconnicance and Satellites and Fiber optics, UAVs and Data Communications and WAN waiting to be ordered is over $ 6 bill (Rs 38,000 cr). There appears no scope or hurry in the current weak Defence Budget but is inescapable as Ex CNS Arun Prakash suggested in IE, along with Structural changes few politicians may appreciate.

Army Chief Gen Bipin Rawat addressed both meets, so with Olive Green Stars and retinues, sellers and buyers South and Sena Bhavan and Habitat Centre had no parking for 1 km range. India’s infrastructure is reaching its limits as growth and aspirations rise, it is impossible to drive around without a driver in most metros. Parking under ground that all metros plan is absent in any Government’s thinking. FM says India’s growth will accelerate with GST and Armed Forces hope Canteen tax discounts continue under FM/RM Jaitley and Demonet will allow infrastructure spending ? 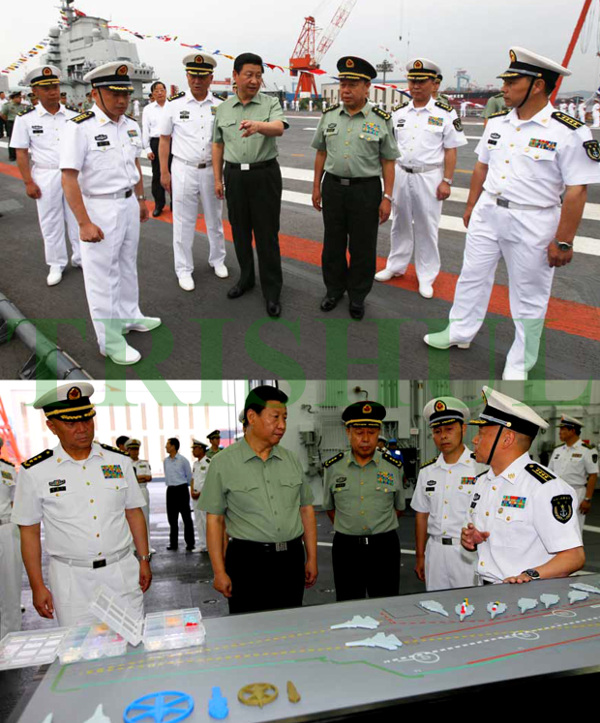 ICWA hosted Hyderabad educated Ethiopia’s Foreign Minister Dr Lechos, and the Nehru Centre hosted Amb Mukherjee on India and Central Asia and world traveled economist Editor, and Media adviser to PM Dr MMS Dr Sanjaya Baru gave a brilliant expose of China’s rise and power and technology from equality with India in the 1970s to No 3 and soon No 1 economy, currently 4/5 times India. Chinese now looking for Happiness he showed all in an excellent clear power point lecture at USI. The best on China’s strategic economy so far along with Dr Aye Lwin from Myanmar at IDSA.

IDF adds China is concerned by PM Modi leadership phenomenon and respects the prowess of the Future Indian Navy which is written up in Jane’s and NR and condensed and depicted in Navy Diary 2017 by Neil Harvey and Ranjit Rai (Rs 200/-) with copies distributed world over from UK. Interest in Navy in India is minimal with rampant ‘Sea Blindness’. At the launch by Gen JJ Singh China’s Naval Attaché was spotted with attaches as China considers the Indian Navy to be a capable force in its the Indian Ocean Region calculus. Navy’s Military Maritime Strategy alludes to it.

CNS JINLONG SHEN spoke in a video conference with officers and sailors of the 25th Escort Fleet in the Gulf and others as PLA Navy Chief. He has commanded the 10th Destroyers North Sea Fleet, and the Lyushun Logistic Base. In 2010, he became President of the Dalian Naval Academy, and later the Nanjing Naval Command College and Commander of the South China Fleet. He led three warships in the Rim of the Pacific Exercise (RIMPAC) in Hawaii 2014 with Indian Navy Type 17 and 25 navies and a 5-day visit to San Diego, and impressed US Navy. He had replaced Admiral Jiang Weilie, who became Deputy Chief and supersedes many to become CNS.

Shen’s predecessor, Adm Wu Shengli, joined PLA in 1964, was Captain of warships and moved up to Command the South Sea Fleet before becoming Deputy Chief Of General Staff in 2004 and Commander PLA Navy in 2006, the second longest CNS of the PLA Navy, surpassed only by Xiao Jinguang a political appointee (1950-80). Wu remains member of the Central Military Commission (CMC), the country’s highest military body. With Jinlong both will be clear on China’s IOR and SCS policies where White Shipping has not been impeded, but US Navy has challenged the PLA (N). The Indian mission in Beijing must have analysed these two policies for the Indian Navy and MEA to plan, in case waters get muddied by a ‘Gung Ho Trump’.

China was the focus in most discussions. Indians are concerned with its closeness to Pakistan, and the Great Game that China has won for a Warm Water Port Gwadar next to India in the Arabian Sea and CPEC. What it portends for the future concerns India as PM Modi has made it clear it is on Indian Territory. Dr Sajaya Baru who was the youngest member in NASB in the late 1990s re-iterated China and Pakistan have to be seen as a joint grouping in all India’s calculus. Shan No Varuna.

Previous Post: ADIEU & GOOD BYE ‘GRAND OLD LADY VIRRAT’ —YOU DID THE ROYAL NAVY PROUD IN THE FALKLANDS & THEN 30 LONG PROFESSIONAL YEARS IN INDIAN NAVY’S AVIATION ARM TO SMOOTHLY ENABLE INS VIKRAMADITYA’S ENTRY
Next Post: INDIA-RUSSIA BHAI BHAI COOLING ?? – WITH AFGHANISTAN GWADAR & CPEC IN VIEW RUSSIA WARMS TO PAKISTAN WITH MILITARY& NAVAL EXERCISES & A HIGH LEVEL MILITARY VISIT TO WAZIRISTAN- BUT THE NEW KID ON THE BLOCK IS A PRESIDENT IN USA NAMED TRUMP ! WILL HE TRUMP INDIA (HIBI) OR WILL INDIA TRUMP HIM ?