This is an IDF analysis  on the advances and expansion of the PLA (Navy) and President Xi Jinping’s ambition laden speech at CPC on his re-election on 18th Oct.

This post is to unfold to ‘Thinking  Indians’ that if China’s aggressiveness is  to be tempered  and deterred in the decades ahead, a beefing up of the fine Indian Navy is overdue. It can be the democratic world’s insurance.

Rightly USA looks to India with askance and sops, but still worries about Pakistan, China’s ally. Its Hobson’s choice for India’s foreign policy makers stepping out of the baggage of Non Alignment with a powerful self thinking PM Modi looking  a little burnt out on TV to many. He works hard with dedication and is not a easy delegator, and IDF notes has never taken a holiday or cared for family.  Modi is amazing and as a big buyer of wares the world panders to India. Wait till we become sellers.

President Xi Jinping after five years in power rooting out some corruption, quashing opposition and thinking things through in steps,  made clear in his  three hour  address on 18th   Oct  to the CPC, China will press its claims with its economy and military modernization.   IDF analyses these  for India, are the land border claims, steps  to press hard ans swift  the illegal CPEC build up, get  more Chinese bases in IOR for its Strategic needs after  Gwadar and Ormara in Pakistan , D’jouibuti, and  in Myanmar and Maldives with hard money power and it all points  to check India-US strategic Vision for Asia Pacific Pivot and South China Sea and IOR in blunt terms.

Argumentative Indians ‘pooh pooh’  the Necklace of four Bases and  30 Ships and submarines PLA (Navy) is creating  for  the Indian Ocean  and  14 through Pakistan’s Gwadar and Ormara and Bangla Desh next door. IDF warns,  a Navy lives on long term plans, as ships like aircraft and tanks do not come off the shelf,  and take years to build and train. So far the small Navy has done well,  but seems stalled only maritime people can gauge, as politicians are away from the seas and have less salt in their veins,  and more sugar for diabetes. 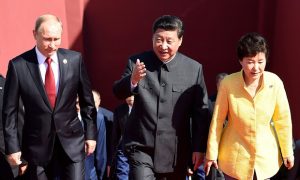 Chinese do not eat sweets like we do or did,  at Happy Deepavali  praying to Lakshmi for money. Indians are thinkers,  Chinese are doers in the main. Indians can be kind, Chinese can be ruthless and have decided to take on USA for top post shedding 100 years of humiliation.  India is still a reluctant  power toubled with Pakistan towards whom India has a strategy of Hope, even PM Modi found is no strategy. Military to military may cool issues not douse the terror of Nuclear Pakistan.

Media reports Navy’s long term plan by NDA like the 30 year submarine building plan by Congress,  is in cold storage. IDF feels it’s the Rs 3 lac crore border roads and Army post Doklam build up of bills and 36 Rafales that will take priority, as Tellerson comes selling planes and drones.   Indian Army moved in to stop roads in Doklam ! Bravo to NDA.

India works best with back to walls…we are like that only as Jug Suriaya would say !

Costs of ships has zoomed. Delays in PSU and  private yards   are glossed over by MOD who control the money.  The Navy can  do  so much and technical officers are over burdened. Vikrant, Kalvari, Vishakapatnam, 5 OPVs in Reliance, 5 Survey vessels after Makar  in Alcock Ashdown  and two Training ships at ABG both gone bankrupt are in court  and L&T’s Aridaman for next month was delayed as are 7 Type 17A and  Putin promised 4/2 Krivacks at Goa Shipyard Ltd and 8 MCMVs are not talked of,  or tankers or LPDs. Coast Guard is doing well,  but tells L&T they cannot take ships fast as manpower is running out. CNS must be busy as Chairman COSC too.

India has had three  guards in MOD with stop gaps and dual holdings, so there are big  gaps in supervision.  Three months of Doklam took eyes off the ball. PM has so many flagships schemes of his own,  and so many daily opening /launching ceremonies that all Ministries lose sight of the balls in hand. Not to talk of RSS interference if at all,  as BJP dare not forsake them or Ram for 2019 elections fearful  their fate may change, the stars tell Amit Shah. Defence Chiefs know all that.

Ex President India’s long serving MP/ Minister/ Defence Minister for US-India one paged Defence Framework is  miffed he did not become PM,  in his book and TV interview, but commented  NDA (PM and PMO ?)  have  excellent Ideas but poor execution. Congress did little better, but was corrupt. 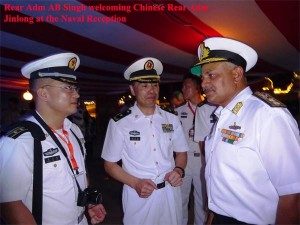 IDF adds PMO the executor never thinks things through and obeys His Masters Voice. Remonetization could have saved Demonetisation. GST at lower levels with few slabs and slower pace with better computer programmes could have saved the poor and small traders. Does an uneducated earning Rs 50000 a month with hard work in a tea stall know Digital India for GST ! Poor chap closes down. Ex President Pranab Mukherjee’s call  needs harking as he has been in the quagmire of dynastic politics all his life and sees Ram RSS politics now.  RSS President and a VP, both surprises are good.

In China,  President Xi JInping steadily took control of the Military like a CDS (India does not have) and made five major threatre commands ( PM and MOD talk of),  and took to  head the powerful CMC. It is  organization and leadership that counts as much as equipment and the Man behind the Gun. The hapless uniformed  man who is best fighter in India,  does not know the OROP he will get. He  is being asked to superannuate for OROP. It’s a serious matter. Jantar Mantar was ignored by RM Jaitley and PM completely. So infructious court cases followed and many earned more than ORP.  SG boasted he opposed with an SLP . Today Smriti wants to spend more than Rs 250 Crores spent already on Bofors through Republic TV. IDF will clarify in a post as the Bofor ball is going into the bushes again.

The Chinese know experience and ability count and promoted  Radm   Jin Long who knows IOR to full Admiral as Chief with Adm Sheng Li in CMC.  India has sent CNS Adm DK Joshi to Andaman’s as Lt Governor, but C-in-C is still Tri Service and LPD Amphibious ships  order stalled after complete selection and no permanent Brigade.  The horse is before the cart ? IDF wishes the Admiral the  best, as he must have introspected much with friends in the hills who were upset, (many lean to RSS) after his impetuous resignation that RM Antony and Congress gloated over.

To counter China’s moves,   USA’s Secretary of State Ex Mobil head,   Rex Tillerson,  is secretly heading  to New Delhi after Gen Mattis to hug India.  President Trump  travels soon after to Japan and China and has offered   new leaves to Pakistan well aware  India is now its only hope as a  buffer state between China and USA. Taliban is rising and Pakistan knows that their money is on Taliban that will need Pakistan if they rise more. China is watching the game. India’s hopes are on Chah Bahar Navy will be assigned if Iran agrees. Unlikely !

India  is in the Cross wires of China and Pakistan now , as Army Chief warned of two front war and IDF asked in a post if Navy and Air Force are ready or consulted. Even  USA gets worried by two front war and has retreated. We will fight with what we have and the organization,  we have ! IDF always salutes the sacrificing ‘Man behind the Gun’.

India’s  new dynamic RM who taught the Chinese ‘Nameste’ is on  Bharat Darshans. The  Chiefs will be happy to educate with executive travel in comfort not seen before, and MOD part files will be handled as always by bureaucrats.  Statements and assurances on Defence like the twice stop gap RM Jaitley  gave, even once recouping in Kotah House,  are coming out thick and fast. Navy needs beefing so its Shan No Varuna. PART TWO  next on China and India maritime.