The state and the people of Punjab have always considered themselves to be    the guardian of India’s  challenging land borders with Pakistan and have invariably supported the Indian Army  with the maximum entry of officers and jawans in service of the nation. It is with that in mind that former Member of Parliament Governor of Punjab Hon’ble Shri VP Singh Badore educated at Mayo College Ajmer mooted the idea to host India’s first Military Literature  Festival (Milfest-5-9 Dec 2017) in  the Union Territory of Chandigarh he administers and IDF salutes his thought. 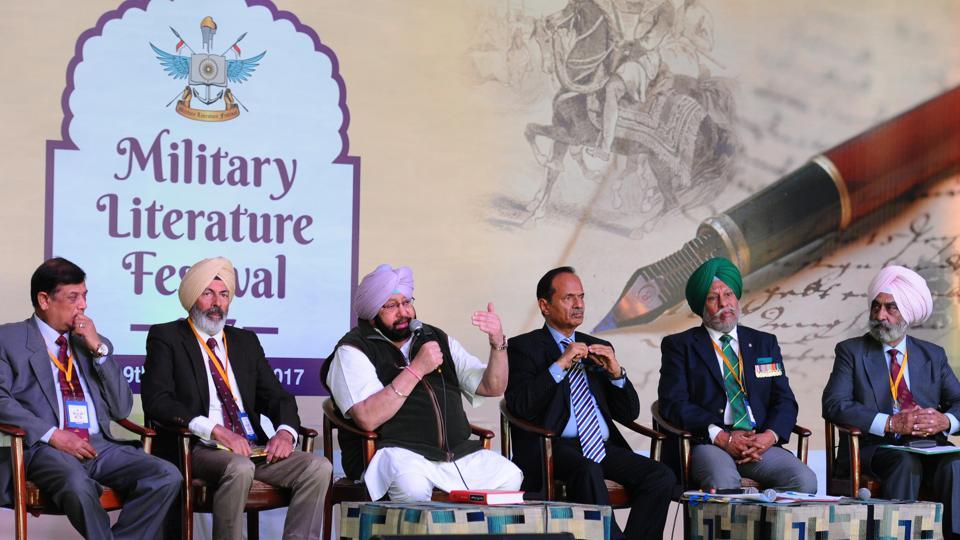 The idea was taken forward by the  Doon School educated Hon’ble Capt Amarinder Singh the Chief Minister of Punjab,  author of seven war books and Finance Minister  Manpreet Singh Badal both from Doon School and authorities on military subjects in their  own rights.  Lt Gen TS Shergill  was made the Adviser to Milfest and meticulous planning began  to make it world class,  and Guardsman Lt Gen Surinder Singh GOC-in-C Western Command with his resources and enthusiasm and Punjab Government rose to the occasion. A long list of speakers was chosen and five from abroad for three concurrent sessions daily on the sprawling Lake View Club next to the picturesque Sukhna lake. 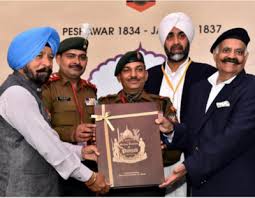 A  Motor Cycle Ride to the War Memorial at Chandimandir on 5th to  honour and remember those Bravehearts who gave their all for the nation in a poignant ceremony,   and daily evening AV shows and Akash Ganga Sky Diving  teams performed   near the Sukhna lake area and drew  crowds. Motor cycle displays and an Equitation tattoo were staged for the public.

The soft opening of Litfest was on 7th December. The  Governor hosted Tea at the  lawns of Raj Bhavan for  invitees and dignitaries which included invited military authors and  journalists, TV anchors and war heroes who were to later relate their experiences including Subedar Major and Honorary Captain Bana Singh, PVC who scaled the Siachen heights to capture Bana top for India and ward off Pakistan’s attempts to usurp the region and Hav Sunil Kumar.

The speakers enthralled in  eighteen concurrent daily sessions  in   three Shamiana  venues at the Lake View Club, by wars  named Peshawar -1834, Kashmir-1819 and Multan-1818 to ensure the event had the flavor of history and the many NCC and School and College Children who also acted as guides and escorts at the Milfest. Six foreign authors included William Darlymple. He needed no introduction for his research in Hindustan  for the last Mughal, 1857 Mutiny  and Anglo Sikh wars in Afghanistan, Alan  Jeffreys from UK, Thomas Fraser from Ireland, Ed Haines a military expert  and Michael Liebig   German expert on Arthashastra  who spoke on Intelligence and spies and their   importance Kautaliya gave for a ruler to rule  internally and justly.  An area to meet  war heroes was in the Saragarhi Samvad. Painters from local institutions had put up military sketches and Bhangra was danced. 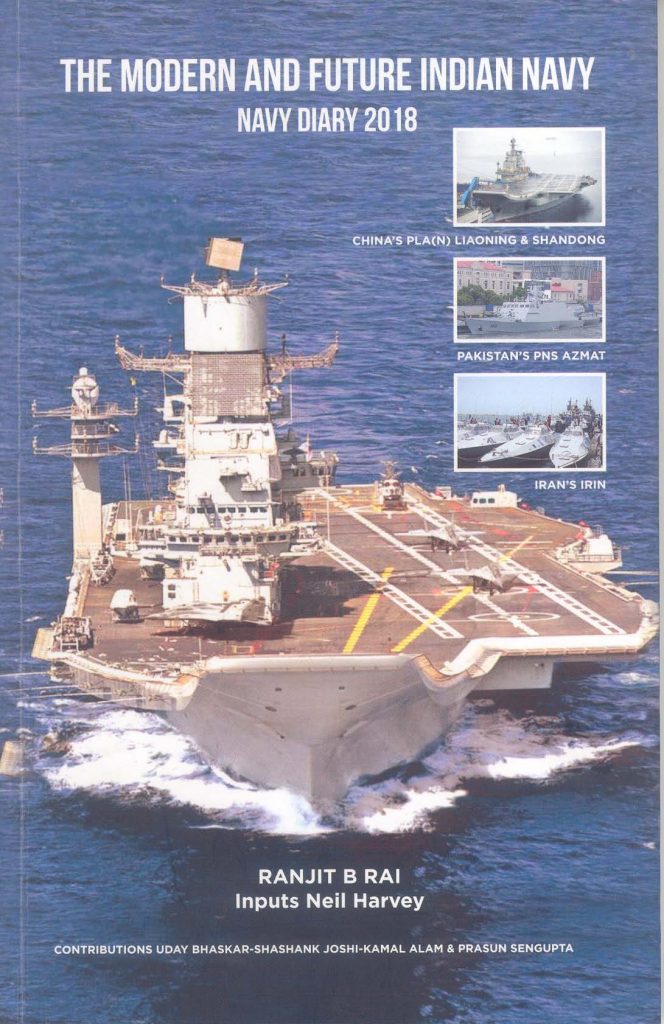 The opening ceremony with the Sukhna Lake in view was held on 8th morning by the Governor who thanked the weather gods for the wonderful clear  unpolluted skies  as most sessions were in open areas. The Governor himself joined a session on wars in Rajasthan where he hails from and another as a delegate and attended the first day dinner where a war film was screened. He hosted the last day dinner.

The brisk one hour sessions with articulate MCs  were very well designed and some few hundred military buffs and aficionados were seen moving venue to venue to savour  the flavor from the speakers of the conflicts , ranging from 18th century wars, first and second world wars, the Burma campaign, 1857 uprising, 1962 where CM and FM spoke eloquently with Vir Saghvi, 1965, 1971 victory, Kargil 1999  to today, and challenge’s from social media and military leadership and strategic cultures.

Captain Amarinder  Singh himself chaired one of the most interesting inter-active sessions with   the foreign authors and Lt Gen TS Shergill  on the wide ranging subjects of Military Inspection in conversation with Vir Sanghvi where reasons for victory and loss were discussed and discussed who writes history, and how authentic is war history if official papers are not disclosed. Heated arguments from the floor and Sir Winston Churchill’s example who wrote the History of the Second World War in volumes and was awarded the Noble Peace Prize came up in the session extended session as  Indian military researchers need to delve more in to official British and Indian archival papers.

The same subject came up in William Darlymple’s session on the 1857 mutiny, whether it was a Mutiny by a rag tag group of sepoys which got enlarged or the First war of Independence. Dr Sukhmani Bal Riar, Mani Sharma (TOI) and Abhimanyu Arya journalist took him on.

The first  military Litfest  at Chandigarh was a success for the co-ordination shown by the State Government of Punjab, amazing media reporting in local papers, Southern Army Command and the people of Chandigarh  which holds a large retired military community, led by the Governor and Chief Ministers and staff as an example to other states to foster feelings of pride in our Armed Forces. National media was more concerned with Gujarat and Neech.

Any power that has ruled the world has done so on the strength of its navy. Yet the Indian Navy, seen as the neglected service among the three arms of battle, is now proving to be vital for the progress of India, the only country that has an ocean named after it.

It is in this backdrop that vice-admiral Satish Soni set the ball rolling at the panel discussion on the ‘Shape and Contours of the Indian Navy of the Future’ at the Military Literature Festival in Chandigarh on Friday.

“With the blue economy taking shape and over 90% of trade through sea in a not-so-friendly neighbourhood up North, the enormous responsibility of securing the coastlines rests with the navy,” said Soni. “Post-26/11, the Indian Navy can raise the threshold of any adversary,” he said.

The recent inauguration of the first phase of the Chabahar port, opening up a transit route between Iran, Afghanistan and India that bypasses Pakistan, also shows the change in perception. Brigadier RJS Dhillon said, “Today, sea lanes are as crowded as Delhi’s traffic lanes. Monitoring is tough. An all-out war is not feasible but to maintain supremacy we need, what US president Woodrow Wilson said in 1918, ‘absolute freedom at all times in peace and war beyond eight nautical miles’.”

Dhillon added, “It’s the Indian Ocean but not India’s ocean. Build combat capability but be ambitious and take on China’s growing influence. We need a relook beyond the Straits of Malacca. Force structuring for the long term and working on economic and industrial modernisation should be the strategy.”

Lt Gen Aditya Singh, a former commander-in-chief of the Andaman and Nicobar Command, said, “India was troubled by land borders so the attention went there. The spin-off of the neglect is that the navy has been the best to indigenise and is the most self-contained of the three services.”

Commodore Ranjit Rai, whose book Future Navy was released by Punjab chief minister Capt Amarinder Singh, said that the navy had become the epitome of construction and had produced its own nuclear submarine and underwater missile in Sagarika K-15/B-05.Submarine arm proudly celebrated 53 years of service on 8th Dec.

Previous Post: PAK ARMY CHIEF BRIEFS BRASS ON ‘MILITARY DIPLOMACY’AFTER GEN MATTIS VISIT- PAK NAVY LAUNCHES 600 TON PATROL CORVETTE- IT’S NO FAILED STATE OR IS IT ?
Next Post: BZ NAVY MDSL & DCNS — PM COMMISSIONED KALVARI ON 14TH DEC KNOWN ONLY AS “TO COME TO MUMBAI BASIS” – MEDIA SHOULD NOT HAVE DRAGGED NAVY IN TO POLITCS BUT “SMELL THE COFFEE” –AN ANALYSIS