This is a Part 1 IDF Analysis of a seminal and less publicized achievement of the Navy with the Naval Science and Technological Laboratory Vishakhapatnam (NSTL) supported by the DRDO to accept NSTL’s 1.5 ton Heavy Weight Torpedo (HWT) the Varunastra (the weapon of the Lord of the Seas) to operationalise the weapon which is slated to be made fitted for ship launches on the 7,000 Type 15/15A/B destroyers and Type 28 ASW corvettes made in India at MDL and GRSE in India which are fitted with Larsen and Toubro Ltd (L&T) swivel torpedo launchers.

The Varunastra is 95% Indigenous including its batteries and comes cheap (Rs 11/12 cr per piece), and there was no scandal to report, so there was no media excitement. Torpedo technology involves advanced under water and acoustic technology, so it is an achievement which has surprised Western torpedo makers that a developing nation like India, could make an advanced torpedo and credits India’s Navy and Coast Guard which are looking up with their long term planning, technology adaption. The Navy’s Fleets have also been covering Indian and Pacific Oceans for goodwill cruises and taking part in International Exercises far and wide. Currently Indian built Type 17 INS Sahyadri is taking part in the world’s largest RIMPAC exercise for over a month with 17 nations off Hawaii, including China’s three platforms.

“The book of Inventions defines the torpedo as a cigar-shaped body, propelled at given depths by its own engine , carrying a blasting charge in the nose , which upon hitting the target is detonated by means of a special device”.
Hence IDF simply explains, that a torpedo is an un-manned specially designed under water machine like a submarine which can do S pattern searches at the deserved range looking for a surface or under water target. It has artificial intelligence. A torpedo like a submarine has an engine that can propel 1,600 kgs at over 40 knots with steam, or compressed air, or piston engines or battery power with sea water activated batteries with multi blade propellers, steering and stability equipment with a large conventional or even nuclear warhead and a passive and active sonar to find its target like PNS Hangor’s Type 21 torpedo sank INS Khukri off Diu. The warhead has proximity fuses, and inbuilt intelligence to evade Decoys like C303 by BDL under license from WASS or ship lunched Mareech made by Mahindras!

Varunastra is a powerful weapon though missiles are taking over but ASROC is being made in to a missile that takes a torpedo to its target and lets its loose.

The world’s first torpedo akin to what is in most Navies’ Inventories today, was test fired by the genius inventor Robert Whitehead, assisted by a retired Naval officer Giovanni Luppis around 1870 to display the invention to Austrian Navy for its potential in naval warfare. By 1877 more than 10 countries had acquired an interest in this remarkable invention which demonstrated its potential for war at sea.

Whitehead had managed to increase the torpedo’s speed to 7 knots (13 km/h) which could hit a target 700 yards away, driven by a small reciprocating engine propelled by compressed air. Later the advent of the electric battery revolutionized torpedoes and Whitehead founded the company called Whitehead Mottofied which became Whitehead Alenia Sistemi Subacquei (WASS) at Livorno in Italy, now part of Finmeccanica since 1995 (black listed) which is familiar to the Indian Navy as many have been trained at Livorno and Naval Academy of Italy invited IDF to discuss the Italian Marines case in 2013, courtesy as a former Indian Navy Academy Commander. Navy’s ASW and Navy’s NAD and NAIO staff learnt a lot about torpedoes and how to make torpedoes. 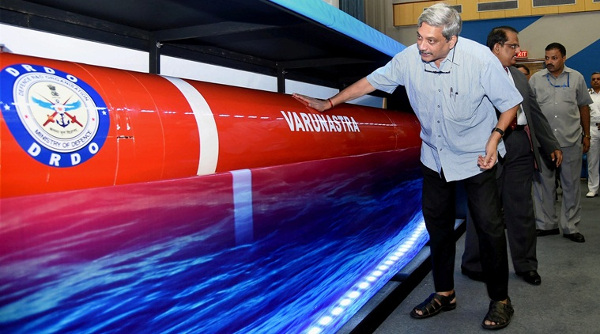 On 29th June Defence Minister, Manohar Parrikar, formally handed over the indigenously developed electrically-powered Varunastra with a range of around 20nm which has a capacity of 250 kgs of explosive and a strike range of 20 km to Varunastra heavyweight anti-submarine torpedo to CNS Admiral Sunil Lanba for the Indian Navy (IN). Navy has ordered 73 of these 1,500 kg wire-guided torpedoes for INR87.6 billion (USD132 million), to be manufactured by Bharat Dynamics Limited (BDL) in Hyderabad and fitted onto the Navy’s front line ships and then converted for submarine deployment. 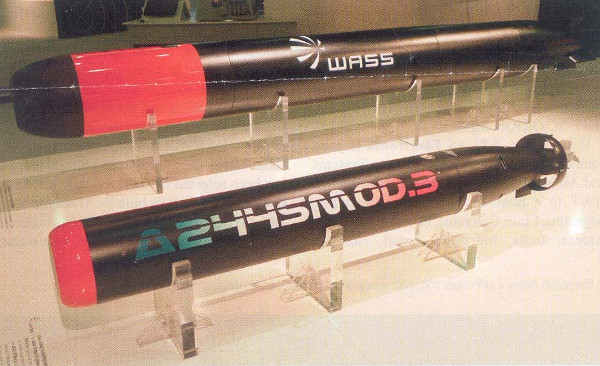 The Navy will be required to operationalise the weapon which takes time. Varunastra Project Director P. Trimurthulu said the torpedo would soon be test fired from a submarine following “minor modifications”. This must be taken with a pinch of time as first the Varunastra must be perfected Credit must go to Rear Adm (Retd) NK Ramanarasaiah. VSM Former Director Naval Science & Technological Laboratory Visakhapatnam who worked on the project and pm Mrs Indira Gandhi awared him the Scientist of the Year in 1984. Many others followed and DGND and WESEE must have contributed too.

Varunastra is a true, ‘Made in India by Indians Project’, which began years ago and has succeeded after years of relentless perseverance with support of all the three dimensional Indian naval platforms over hundreds of trials. Naval Officers and NSTL made efforts and finally got the Varunastra approved after extensive trials earlier this year off Vishakhapatnam. Navy deserves to be commended to take over and not wait for perfection like IAF waited with changes on Tejas and Army the Arjun tanks, as the services have a duty to take over MK 1 from the production agency and hold the agency’s hand to perfect the weapon. This is Navy’s belief. Varunastra’s mode of is also on reverse engineering explained in Part II posting and there are lessons to be learn by DRDO to lean on more Reverse Engineering for MK 1 products and not keep inventing the wheel. 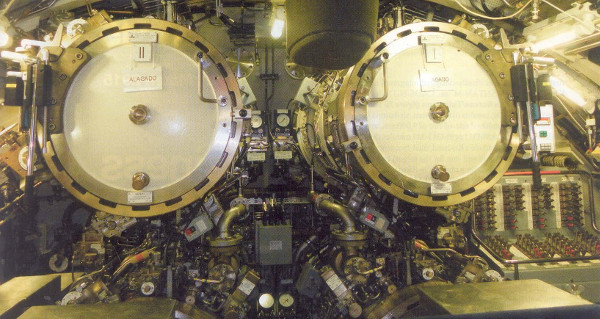 This, therefore is an IDF salute to the co-operation shown by the Navy-DRDO and – NSTL. The project gained steam in the late 1980s under DRDO head, the persuasive Vallampadugai Srinivasa Raghavan Arunachalam and Dr Atre who was trained in sonar technology in Canada. This project needs be analysed by the other two Services and Indian technologists.

Previous Post: NAVY’S ‘ MAKE IN INDIA’ HAS AIDED THE AIRFORCE AND ARMY WITH BRAHMOS & TEJAS REPLACEMENT FOR MIG-21s & MRSAM BARAK 8 – LESSONS THAT NEED LEARNING
Next Post: VARUNASTRA IS THANKS TO NAVY’S TESTS OF SET-65E/53 & ITALIAN A244 & SUBMARINE’S TEST 71 AND GERMAN SUT-B TORPEDOES DESPITE THE JUGAD IN MOD -THE WAY INDIA RUNS