This is an IDF Analysis sparked by the growth of economies of China, Japan and India as gravity has tilted East in the 21st century. The Indian Ocean Region’s (IOR) sea lanes and land connectivity for trade and energy have assumed strategic importance and the two day Belt & Road Forum (BARF) from 14th May grandstanded by Xi Jinping with 30 heads of state in Beijing was boycotted by India as CPEC is on Indian soil & Pakistan’s terror plagues India. So India announced a Japan India Belt (JPR) as a parallel as China leans on its 36 stratagems to rise and surround India. 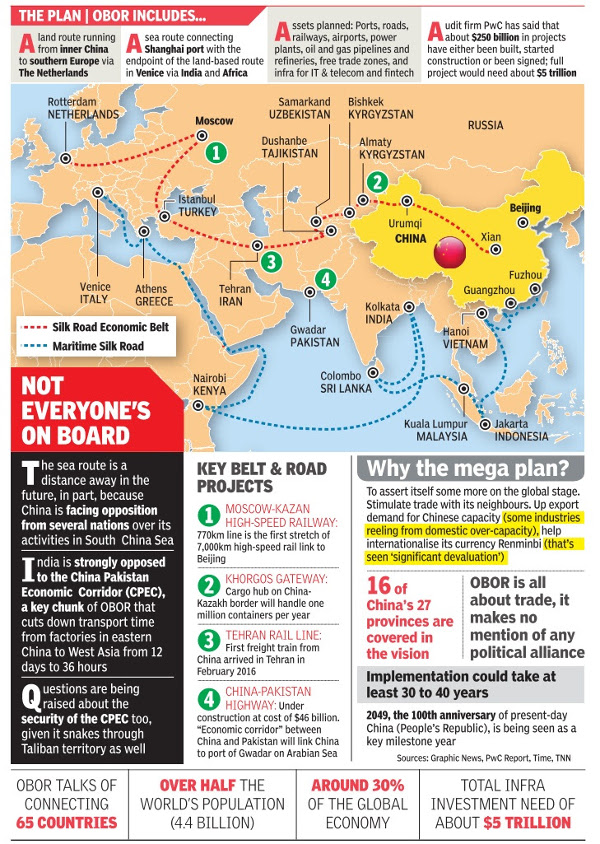 India will have to have a strategy with to meet the stratagems. Cold War 2.0 has begun and winners go to any length to win without war or firing shots…Sun Tzu.

11 SELECTED STRATEGEMS WRITTEN IN BC

3 借刀杀人 Kill (INDIA) with a borrowed knife ( FROM PAKISTAN)…… India may try to borrow Japan and USA’s knife.

7 无中生有 Create something (ECONOMY) from nothing (INFRASTRUCTURE)……… India needs PPP of Government & Private Parties and funding to beat BARF in the neighbourhood with investments as alternates.

8 暗渡陈仓 Openly repair the gallery roads (PAKISTAN), but sneak through the passage to (INDIA IN IOK (pok) ).

9笑里藏刀 Hide a dagger behind a smile (CHINESE LEADERS SMILE BEHIND THEIR GO GAMES).

28 上屋抽梯 Remove the ladder, when the enemy has ascended the roof (CPEC SUCCESS WITH PAKISTAN’S BONDAGE )

36 走为上 If everything else fails, retreat ( LIKE CHINA RESCINDED OFFER TO ADD INDIA IN TO CPEC). To make China retreat should be India’s aim. 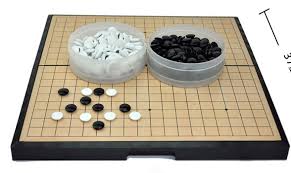 The world runs on economic and military power of nations. Economic power comes from trade, manufacturing and now services which includes space and cyber, which requires long term strategies and policies for trade to thrive. Nations need technology which is galloping. Cyber can disrupt and is a tool in the strategy.

India’s BJP government must devise a strategy to stub the China Pakistan nexus. The Government has de-oxygenated the Valley and trying to instill pride in the population to be Indian, and flush out the terrorists and de-hole the separatists with Indian Army’s help. It must succeed.

ON TRADE AND MANUFATURING slogans like MAKE IN INDIA to export sound right, but India needs strategic partners from the West and Japan and accept any ‘coloured cat that can kill rats’. So the question is, can the BJP ruling India with RSS backing and advice, deliver the way it has in the last three years in the long term, to thwart China and tame Pakistan. India will need FDI , Technology and Reforms. (AKA 1991).

India’s economy has zoomed especially in the Stock Market. When industrialists state they are stagnating and not making profits, IDF’s research shows that MILLIONS of small companies, new entrepreneurs, inventors, start ups and such small companies have worked hard all over India and recorded turn over of 100s of crores and huge profits. MIDCAPS and honest companies have been nimble and need partnerships to expand.

The new rags to riches population own BMWs, Mercedes Residences, Travel and Consume. They are part of INDIA’S CONSUMPTION & CREDIT ECONOMY as salaries have gone up. But jobs, training and education are not keeping pace and Kashmir Valley saw 67,000 youth lined up for 700 Police jobs.

It needs noting PM Lee Kuan Yew advised that religion and politics must not be mixed in a multi cultural population and deserves debate where 20 % of the population is Muslim, Christian and Buddhists with 80 % Hindus. ISLAM has its own ambitions. BARF was held in that back drop and 30 countries supported China.

Chinese President Xi Jinping hosted BARF what started in 2013 as Border Road Initiative (BRI) under the aegis of China’s top economic think tank the National Development Reform Commission’s (NDRC), as a massive exercise in diplomatic communication, connectivity and trade. EU nations attended BARF individually but EU did not fully endorse it to please Xi JINPING and to keep him guessing. China did not lose face, India’s absence was noted.

China has made inroads in to the IOR Island states with its ‘Weiqi’ strategy to safeguard and further its interests with realpolitik of ‘String of Pearls’ based on China’s board game WEIQI to surround. It is the same strategic board game called GO in Korea and played in Italy too. There are no fixed moves in Go, so you can play almost anywhere you want to and you’re really only limited by your own creativity unlike Chess.

BARF discussed each nation’s project with $ 124 bill giveaways by President XI Jinping who has been billed the most powerful Chinese head after Mao and Deng Xiaoping. It was the showing to revive THE OLD SILK ROAD, but also surround India with China Pakistan economic Corridor (CPEC) and String of Pearls and coral Japan. India decided to boycott it. Only few Indians attended in their own capacity, and India’s Embassy will report.

China is selling “Let Me Help You Make The Infrastructure”. IDF recalls architect Strauss who approached banks for loans for the Berkeley Bridge. Only Gionelli of Fargo Wells said. “One day the bridge ( Infrastructure) will pay back the debt, so I can loan in Francisco which already had the Golden Gate Bridge and another. 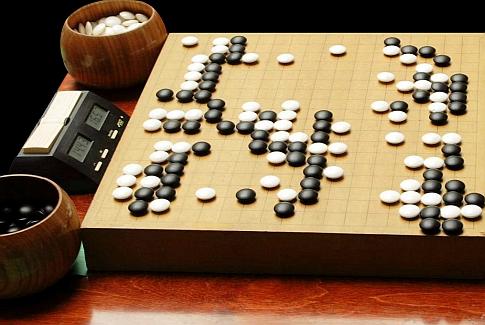 BARF is for land bridges to South East Asia and a rail to Katmandu which got cleared and pipelines and ports which India should be building but where is the strategy ? Public Private Partnerships (PPP) is the answer and even Indian Navy has proved PPP by building nuclear submarines worth billions. HINDU reports the aircraft carrier Vikrant is highly delayed in a Ministry of Shipping PSU where over Rs 6000 crores are being spent. IDF learnt no serving or retired Naval officer is in Cochin Shipyard Ltd (CSL), only naval overseers. IDF is studying how nuclear submarine Arihant which is more complicated was completed by Navy-DRDO- BARC and L&T in a PPP. Much is classified but needs telling to educate and show India’s PPPs and strategic partnerships can deliver and there is capacity.

PM Narendra Modi has stifled black money in infrastructure with DEMONET which can be a boon. Minister Gadkari spoke at INDIA TV FORUM and showed how he is leading the charge for roads with private money (PPP).

Chinese belive in strategy. Chinese worship their ancestors and heed their philosophers’ writings especially Confucius(551-479 BC) who gave them a sense of culture, Sun Tzu (512 BC) who enunciated ‘The art of war’ in 13 chapters and Lao Tzu who popularized Taoism and 36 Strategems like Machiavelli and Chankaya.

Chinese leaders have displayed a resolve to never allow that century of humiliation ( bǎinián guóchǐ) to be repeated, and today aspire to match USA, and amalgamate ROC Taiwan in to China by re- naming it .

India was subjugated, but Indians were not resentful of long years of Muslim and British rule 1500 to 1947 but have begun to have feelings of humiliation led by RSS and want to forget Mir Kasim India’s ‘Panipat syndrome’ and Mir Jafir who helped Lord Robert Clive in victory. India now needs strategy as the maritime sea waves are for India and must be taken at High Tide and PM Modi appears to be the Leader who can do it, but will need strategy like in Chess to checkmate BARF and India’s military should be ready for its task.

Previous Post: CHINA CHALLENGES GROTIUS’S ‘MARE LIBERUM’-(FREEDOM OF THE SEAS) WITH ‘MARE CLOSUM’ AND SCS CLAIMS— WILL WE SEE COLD WAR 2.0 BETWEEN US ALLIES & INDIA VS CHINA-RUSSIA & PAKISTAN & TRIBUTEES AT BARF 14/15TH MAY IN BEIJING ?
Next Post: FUTURE OF AIRCRAFT CARRIERS—UK’S QE SETS SAIL- GERALD FORD’S F-35Bs & EMALS POSE PROBLEMS — INDIA’S VIKRANT IS ESCALATING & DELAYED AT CSL – CHINA’S 2ND IS UNDERGOING TRIALS— HENCE INDIA SHOULD DEBATE THE FUTURE OF HOW MANY CARRIERS INDIA CAN AFFORD TODAY ? TWO OR THREE ?