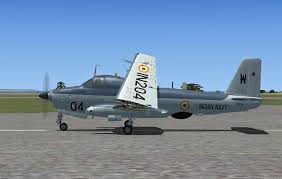 A very interesting question of the 1971 war which has not been answered with definite proof is how this fine young pilot Lt Cdr Ashok Roy went down in Alize No. 203 on a flight from Jamnagar to Bombay with Lieutenant Sirohi and Chief Aircrew-man Vijayan. Ashok called Aku, had endeared himself to each and every one who had come in contact with him. He was an emotional, strapping red-faced ‘Pathan Like’ looking officer whose mother was an Estonian. He was the son of Brig A.N. Roy (later Major General) in the Medical Corps.

This well-built six-footer was proficient in games, a powerful swimmer and an ace Indian Air Force trained carrier qualified pilot with high grading. He had done his stint on board INS Vikrant in the Cobra Squadron of Alizes and was transferred to an ‘R’ class destroyer that aviators are posted to gain sea experience.

Ashok Roy had been through many scrapes in life. In the late 1960’s whilst in service his eyesight had started to weaken and he prayed to God to heal his eyes so that he could catapult off the deck of the Vikrant again. He had been advised by one and all to pray to God — something he did not normally do. Apparently God heard his prayers, for lo and behold, Ashok was back in AI SI medical category and back to the flat-top he loved. In another incident in a car race back from the Sealord Hotel to the naval base in Cochin, after a night out Aku was running out of the hotel, he fell into a ditch and broke his knee. Despite this, he raced all the way to the base, won the race and the prize — only to be admitted into hospital, plastered and immobilised. 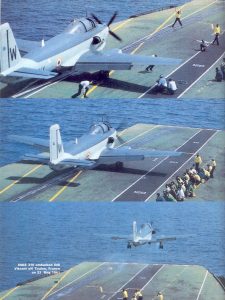 The author was also in the race !

He was again advised to pray to God, and he would be back to his first love — aircraft. Aku was appointed as the Torpedo and Anti Submarine Officer (TASO) in INS Rana, and could be seen working on weekends coming to grips with the 144 Q Sonar set and Combined Anti Submarine Execises (CASEXES)  Not easy for a pilot !

Suddenly in September 1971, Aku was not to be seen nor heard of. Later, one learnt that he had gone off to be with Sammy — Cdr M.N. Samant — and his band of some Bengalis and divers operating from Calcutta under some cover called Mukhti Bahini and presumably engaged in planning on what to do with that huge influx of refugees into West Bengal from East Pakistan. Suddenly, just before the war, an emaciated Aku turned up in Bombay and refused to talk about his

exploits. He was pining to go on leave. Just then the war broke out and Aku was back to flying his beloved Alizes, a flying machine that carries good ARAR French electronic warfare equipment,

possibly the world’s best at the time, used by IAF in 1965 on the border to seek and listen to Pakistan frequencies.

Aku’s other colleagues were onthe Vikrant in the Eastern Sector and that saddened him a bit. This author learnt that Ashok Roy along with Mukti Bahini personnel had gone all the way to Chittagong port on an under cover operation and attacked and sunk some ships, which was

reported in the world media. On his way back in South Tripura area he was trying to cross back into India near a place called Belonia with Bengali refugees where the Battalion headquarters of the 4 Guards and 1 Rajput was located. He looked suspiciously like a Pathan and the Army team manning the area caught him and beat and cursed him and hit him with rifle butts as he could not say where in East Pakistan he stayed and hand cuffed him. JCO Subedar Makhan Lal interrogated him, and was told he would be kept in custody. Ashok then told them he was a Hindu, and lowered his trousers to prove it. They took him to Major Chandrakant (later VrC) and made him sprawl at his feet. At this point Major Chandra says, Aku asked to speak to the Major in private. Ashok told him he was sworn to secrecy but he was a naval officer Lt Cdr Ashok Roy from the National Defence Academy and was returning from a secret mission. When asked names of his course mates, he rattled off names of Vijay Shivdasani (Shivvy), Gilbert Menezes, John D’Silva whom Chandra Kant knew. 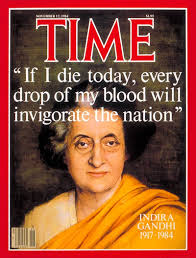 Aku’s repatriation to India was arranged. His father never learnt what his heroic son did in East Bengal but the VrC later was a consolation.

Next heard, Aku was operating  from Jamnagar from where the IAF were launching strikes. On a particular day in December during the war, Aku and Alize pilot Lieutenant Dua in another Alize took off from Jamnagar. Aku ordered his junior winger to proceed to Bombay and he himself went off to possibly investigate a target, or on some classified mission. Whatever it was, Aku was never heard of again. He was awarded the Vir Chakra and his citation reads that a Pakistan Air Force plane shot him down.

Pakistan Radio did announce shooting down of a plane over the sea, but was Aku there? See Photo. How then was he lost? Was he shot down by a Pakistani trawler with anti-aircraft guns? Was he on a secret mission and taken prisoner? If he was shot down, surely Alizes can survive a belly-landing type of ditch, and Aku was a powerful swimmer. Did the Pakistan Air Force actually strafe him to death, a single-engine slow-paced aircraft at that? Was he surprised? Did he suffer engine breakdown? Did he trespass into enemy territory on an EW mission?

Somewhere in the 2500 square miles west of Jamnagar lies the answer to the question of his family and friends. An emissary from Pakistan informed Maj Gen. A.N. Roy that his son was seen with a broken leg in plaster in the Lahore jail along with some East Bengalis. When the General tried to arrange his son’s escape at some cost to himself, Aku apparently wanted a slight delay. The story goes that Aku was rescued by the Baluchis along with the other pilots and kept in captivity and then in settlement—for he did resemble the Baluchis.

This mystery can be solved only by a co-operative answer by the Pakistani Defence Forces for Sirohi was also not heard of. His wife, Priscilla, left India for the UK. Vijayan the air crewman is the other unsung hero. As time passes, memories also fade. Lest we forget, this chapter is dedicated to such and no National Memorial to fallen heroes. Their names will be there in an IMF Maritime Museum and Naval Library coming up privately in C 443 Defence Colony basement in New Delhi.  Shan No Varuna