This IDF Analysis is to highlight the rise of the PLA(Navy) riding in to the Indian Ocean Region (IOR) on its anti piracy forays with submarines in tow to exercise ‘Expeditionary Prowess’. China now has a base in D’Joubiti.

India is playing a ‘Catch Up’ game , with its own expeditionary skills and a US led strategy, though lacking submarine power for the time being. Project 75 India 6 Submarines is not moving as DPP strategic partner rules languish. But good news is six Scorpenes are on track and two Kilo class submarines hulls are old and outer hulls may be changed and inner core be checked out and insides made new over 18 months. INS Sindhukesari is already in Severodnisk Russia at Zdyovochka yard known to Navy submariners and INS Vikramaditya’s crew. Another Kilo will follow and USA is going all out to support India to beef up India’s defence capabilities. 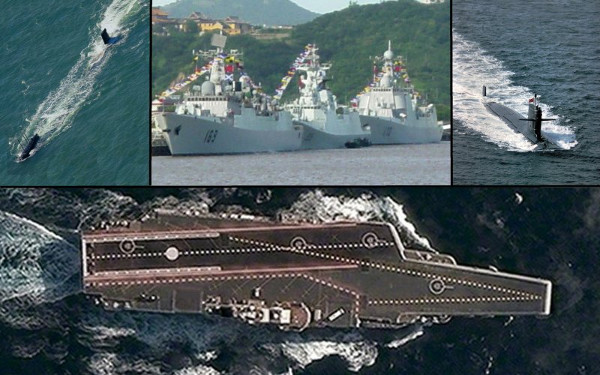 USA is helping Thyssenkrupp Marine to upgrade Navy’s two HDW -1500 Shishumar Class submarines from INS Shishumar, Shankush, Shalki and Shankul for 35 mill Euros (Rs 262 cr )at Naval Dockyard, Mumbai with training packages to fire Harpoon MK 84 and latest Anti Submarine Counter measure missiles also. Two of these Shishumar and Shalki were built at MDL (1984-90) derailed by the unproven HDW scandal. Arihant nuclear submarine is ready to take on long expeditionary voyages which is every nuclear boat Captain’s dream after Nautilus. Six SSNs make in India has DAC approval but further movement awaited by L&T and Reliance Defence. Two more SLBMs (Aridhaman and another) are on their way but costs are an unknown factor which could hurt the budget. A S5 fourth is talked about at defence shows with products and services delivered for Arihant to DMDE Hyderabad. 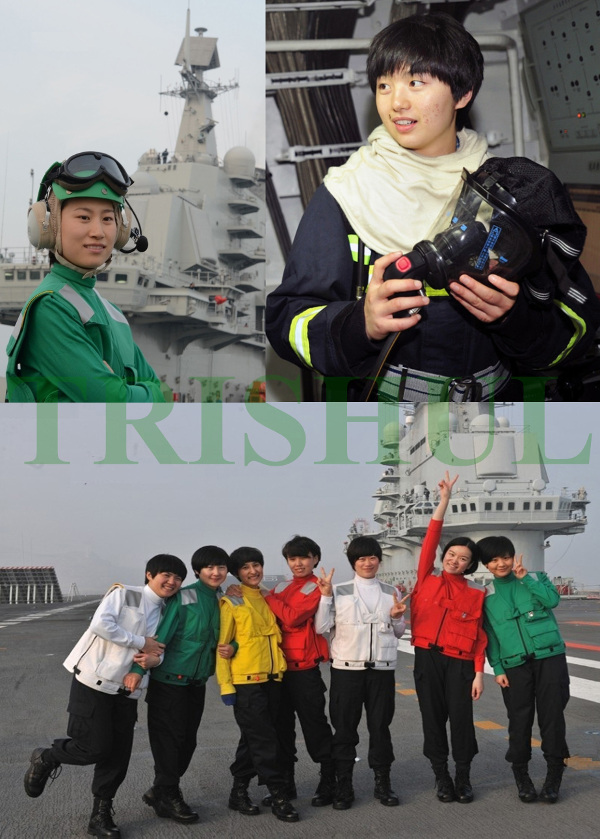 The Eastern Fleet ships under FOCEF Rear Adm Bokhare called for four days at the strategic Cam Rahn Bay in Vietnam near the South China Sea which has two defence agreements with India, Navy looking for OTR. Vietnam’s operates four Kilo EKM class submarines from Russia with some crew trained at INS Satavahana at Vizag aware India is joining them to mellow China on South China Sea as OVL Videsh supplies Oil from its platforms there, and explores in their EEZ which China claims forcibly. Vietnam is no push over like the Philippines which leans on USA.

IN ships called Subic Bay Philippines where US Navy is back, and Sasebo in Japan for advanced Malabar 2016 and Busan in South Korea and Vladivostok in Russia recently to show goodwill and for exercises also, and Port Klang in Malaysia. This is impressive for a developing nation’s Cinderella Navy on its way to discard that label.
At the same time PLA (Navy) ships after unveiling the new Type 093B Shang Class sailed across the Strait of Malacca in broad daylight while singing “we are not hiding anymore” as media reported. A Type 093 Shang-class SSN-409, FFG-571 Yun Cheng and ASR-863 Yongxingdao were photographed crossing the Strait of Singapore on 23 June.

The PLA (n) must have been in the IOR stealthily entering through the Sunda Straits and were sighted possibly on their return leg after a period on anti piracy patrol off the Horn of Africa. What was the Shang SSN doing in the IOR ? Snooping, and must have been tailed as India USA have agreed to co-operate ? That’s why Navy needs Towed sonars being supplied by Atlas Elektonix of Germany in Buy and Make, and sea bed SOUSIS sonars off the Andaman’s narrow choke points no one can avoid entering directly or leaving the IOR that the QUAD can provide. 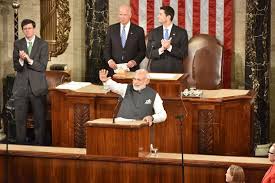 This IDF analysis cites above state as US U/SEC for Political Affairs Thomas Shannon was in New Delhi for talks with FS Jaishankar to assure India and strategise an NSG entry which as IDF reported China had contemplated to agree to India in NSG but retracted when many nations objected to Pakistan, which is China’s pitch. The NSG game is interesting and IDF will follow whether the Dragon can be tamed on it and by the world, as it rages on in its South China Sea claims and has no legal obligation to abide by the UNCLOS 1982 Tribunal judgment due soon, and has said so, as it never joined the arbitration but tabled a jagged non paper widely circulated to Embassies in Beijing few have seen or cared to read. China now tells Philippines to come to the negotiation table without USA as the Code of Conduct of ASEAN just about breathes.

Shannon would also possibly have discussed moves post MTCR to sell equipment like Avenger and Guardian Predator drones with Hellfire missiles as Congress has requests from India’s Navy and IAF. The IAF is getting Hellfire and Stinger missiles with the 22 Apaches and first could be here end 2016, which army covets. LEMOA’s status is on the cards to open up maritime biz, and possibly much more as it entitles both nations to collaborate in the “Defence Partnership and Defence Framework agreements”.

IDF is convinced the world looks at India’s evaluation process of equipment selection and follows purchases so Navy has not got its dream 16 Sikorsky 70B Seahawk multi role helicopters but Singapore and Turkey have signed for them and Sikorsky is now part of Lockheed. Its unfortunate Indian arms deals get mired in Hanky Panky and acquisition gets derailed and even three VIP AW-101s languish at Palam which could have been flying and IAF crew stand trained. India refused compromises on the AW-101 deal which was more a Italian political setup, but India wants to fix, all Indians know who, but who is not fazed so far and much energy wasted. IDF has explained the deal in the past and the misuse of OFF SETS and Consultancy looking for scapegoats who may have kept their noses protected in India’s dilatory legal terms.

All this is, when Russia’s Putin visited China and both got closer. India must have been discussed as it is the now in the Cat’s Paw position with fair winds blowing from all sides well known to the Indian Navy, so times are interesting for India’s policy makers to steer the ship like a good Captain would and avoid the shoals created by China our largest trading partner now in the open. 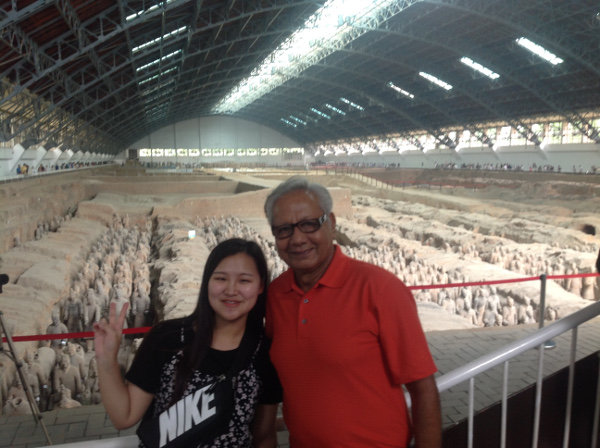 Shannon stated managing the ‘Rise of China’’ would be one of the big challenges of the future and Chinese claims in South China Sea is madness, and added Indian Ocean is for India. He said, “We are looking for ways in which we can work with others in the region to watch China, to ensure it behaves in a responsible fashion and regulations”, like a head master asking his class to watch the renegade student !

USA’s joint strategic vision with India for the Asia-Pacific is also shaping the mandate to raise Navy’s maritime pitch in the open with India’s Act East policy and India’s stated interests in the South China Sea and Pacific to deflect China’s major geo strategic and economic interests in Indian Ocean Region (IOR). This includes China’s port of Gwadar to connect central China , the submarine base being built at PNS Jinnah at Ormara to connect to the Hormuz and combat India’s interests in Chahbahar and Iran and safe guard the $ 46 bill stated Chinese Investments in CEPC road, power and port investments in Pakistan and the One Road One Belt (OROB) which India rejects to join.

The cold war between USA and China could well suck India in and when Elephants and Dragons fight the space below gets trampled. India will have to have a clear strategy to deal with this. Modi Doctrine speaks of strength in India’s economy and ability which is showing with India’s consumption led economy, though job creation which was dependent on ship building plans, make defence goods in India and open investments with ease of business is still in the pipe line. Brexit has not shocked India or China and the world is getting smarter to re build economies so India has a chance again to rev up its governance, spend less time on travels, Yoga and the unnecessary religious doctrines , easier said than done as there is no crisis when India acts as PM Manmohan Singh explains. Shan No Varuna.

Previous Post: COAST GUARD THE NAVY’S FORCE MULTIPLIER FOR COASTAL SECURITY IS SUITED TO HAVE AN ADJUNCT MARINE POLICE SET UP NOT A NEW CENTRAL MARINE PARA POLICE FORCE
Next Post: NAVY’S ‘ MAKE IN INDIA’ HAS AIDED THE AIRFORCE AND ARMY WITH BRAHMOS & TEJAS REPLACEMENT FOR MIG-21s & MRSAM BARAK 8 – LESSONS THAT NEED LEARNING