This is an IDF analysis on the advances of the PLA (NAVY) to unfold for ‘Thinking Indians’ that a shake up of the fine Indian Navy is overdue if China is to be faced at sea in the decades ahead. China currently respects ‘Maritime India’ and its Navy as the net security provider in the IOR, but the gap is closing fast. 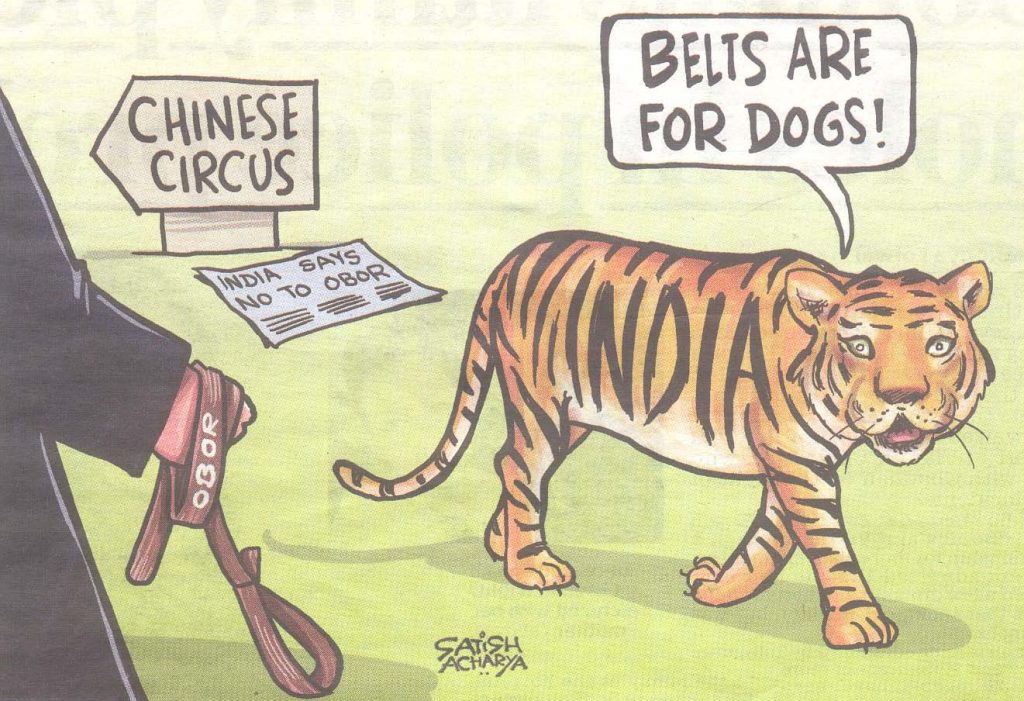 India’s Army is staving off the Chinese at Doklam’s Turning Pont. Chinese claim they gave notice in May and June that they were building a road in the small Dong Lam area, ( belongs to Bhutan) and India has gone to aid Bhutan and safe guard India’s national interests as the Tri-Junction is disputed between Batang La nine km north of Mt Gimpochi (Gyamochen La 2000 meters away).

Tactically India’s Army can bear force, but neither China or India in their present ascendancy of economy want a war, but are war mongering. One of the two parties will have to blink. Who ? Read next post on Disruptive Fake News on this site. 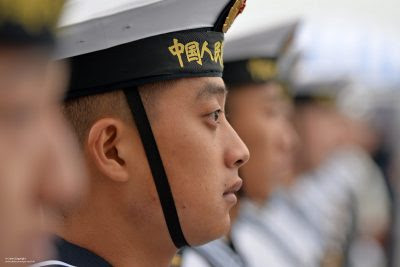 The 90 minute UTUBE parade of 30th Jul to mark PLA’s 90th anniversary, depicts President Xi Jinping in uniform following Mao’s edict that ‘Political Power Flows From The Barrel Of The Gun’ at the 65 minute precision parade which was held in the desolate training base at Zhurihe in inner Mongolia.

The parade with 12,000 uniformed, displayed power of China’s size and Army’s new T99 tanks, other military equipment, the expeditionary Marine Corps now in Djibouti and Gwadar and new fighter and tanker planes re-fueling and ballistic missiles and drones. Every unit was commanded by a young Maj Gen and the Strategic Rocket and Ballistic Missile Force looked awesome, which is China’s cyber arm, like India’s NTRO.

Xi Jinping spoke briefly like Deng used to, about Pride in Military to take on any enemy to fire up Nationalism ……. and told them China was near its dream and no one should spoil that (Doklam …..India ?) ! China has threatened Britain not to send its carrier Queen Elizabeth into the South China Seas as advertised. IDF will follow UK’s response (See Cartoon from media).

China has eradicated sea blindness a disease that afflicts India’s planners and Indians. China’s Government has nationally glorified Admiral Zheng He’s expeditions. The PLA(Navy) has aped an aircraft carrier the Shadong and built 16 warships in 2016-17 and a new nuclear submarine. China is getting the first two out of eight Qing submarines ready for Pakistan’s Navy with SLBM missiles. China delivered two refurbished submarines to Bangla Desh ( See Submarine List).
The ambitious PLA(N) commissioned the largest milti-resupply vessel in Pennant No 965 – 40,000 tons , improving on US Sealift Command’s aging 40,000 ton LASH ships that carry ammunition, stores and office equipment like a floating base. 965 can fuel warships too. Amazing achievements !
Indian Navy’s carrier Vikrant is delayed and IDF is clear it is because there was no Navy staff in Ministry of Shipping’s Cochin Shipyard Ltd to steer like for India’s nuclear submarine built with Naval staff, DRDO and BARC co-operation and L&T manufacturing prowess in a PPP worth emulating. DRDO is completing two missile tracking/ intelligence ships at HSL and CSL.
China’s Navy has grown at unbelievable speed with spending to ape the US Navy to challenge it in the Asia Pacific and match US Navy bases in South Korea, Japan, Djibouti, Bahrain, and the island of Diego Garcia in IOR.
China has occupied a base with sea front in Djibouti for $20 million per year, just a few miles from USA’s luxurious Camp Lemonnier after its captive port of Gwadar, and Piraeus in Greece and leased Humbantota in Sri Lanka. A private cum Government consortium from India could have helped Sri Lanka out. IDF wrote and believed. Ormara in Pakistan is being readied for basing submarines a La Pearls.

PLA army and Marines are in Djibouti with small French and Japanese contingents and India can co-operate with Japan’s base which should worry China. A foreign base ensures, Intelligence, overseas tasks, military cooperation, joint exercises, evacuating and protecting nationals on the pretext of maintaining security of international strategic seaways.

Trishul Blogspot has unearthed details of the EMALs for PLA(n) aircraft carriers and air Independent Propulsion that China claims it has manufactured and Indian Navy’s eyes should track and alert MOD on advances. 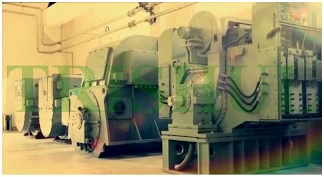 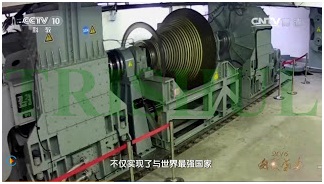 PLAN’s Rear Admiral Ma Weiming, who led the developmental effort of such an IEPS, has claimed that the WIMEP-developed solution is the world’s first IEPS to run on a medium-voltage, direct-current system. 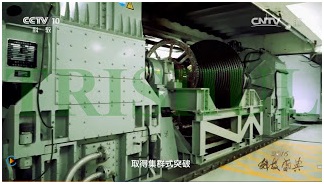 The WIMEP-developed rim-driven pumpjet has a ring-shaped electrical motor inside the pumpjet shroud, which turns the vane rotor (a vane rotor has the fan blades attached to a rotating band built on a cylinder interior, as opposed to a propeller shaft) inside the pumpjet cavity to create thrust. Previous submarine-mounted pumpjets were ‘shrouded propellers’” which consisted of a tubular nozzle covering the propeller.

India’s Navy has done well but BJP and its RSS associate politicians seem more engrossed for 2019 elections for two third majority to give India a Hindutva Constitution and remove the word ‘Secular’ which has been a political football. NDA is busy crushing corrupt opposition and toppling Governments. This is laudable, but even a brilliant Defence cum Finance Minister may not be doing justice to national security. It’s a full time job as he chairs 18 committees and think tanks and has 17 Commands to glean with Pakistani and Chinese pin pricks. NSA and Army Chief are at it but nitty gritty planning is missing.

This report suggests India’s Navy must spend much more on R&D and speed up the 38 ships and two nuclear submarines in building. Aridhaman is due for launching at SBC.

The able Navy’s ‘spit and polish’ of Ex Malabar without newer substantive technology induction and innovation is misleading. IN cannot rest on Humsa series of sonars, BrahMos missiles, its CIC and the LR SAM ( Indian Barak) and on DRDO, or Tejas which is under powered for carrier training operations and lament that the 16 Multi Role helicopters RFP process followed for seven years is withdrawn. Latest ships are impotent, without all weather helicopters which Captains know are his EYES & EARS. 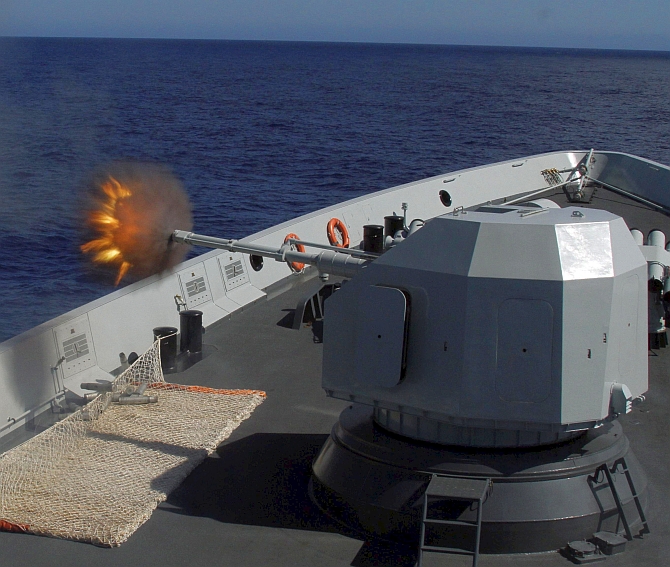 Weapons Electronics Systems Establishment (WESEE) has done well for Cyber, software, communications, upgrades of ships and Command and Control, but the need is to have an equivalent manufacturing R&D naval set up the way INS Arihant was built by L&T and DMTE with naval supervision. Naval Indigenization has become passé with seminars for CII, ASOCHAM and FICCI to make a few pennies with good lunches and cocktails.

A gullible media lauds cancellation of Navy’s MR helicopters and writes HAL will deliver them, or a Project 75I six submarine RFI and goes GA GA that RS 75,000 order is in the offing. No order has taken less that 5 years. Pipvav Defence launches two OPVs and media writes up but it will take a year or more at least to weaponise and trials. The aircraft carrier Vikrant has been delayed by half a decade and an RFI for carrier planes has been issued and media wrote the order is imminent and almost reported they will replace Mig-29Ks. Its dis –service. 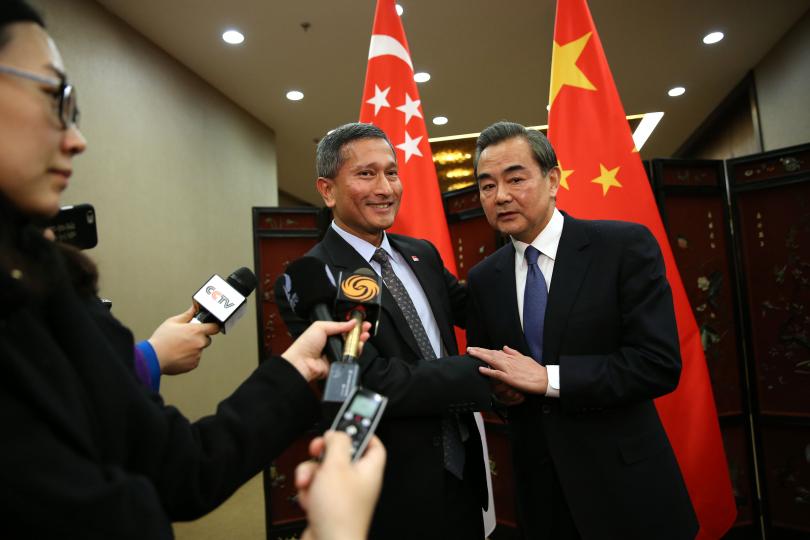 On bases the Government must match China with Tribute from friendly island states in IOR and confirm earlier pacts with Mozambique where CNS Adm Sunil Lanba visited and Assumption island in Seychelles and those that have Indian Naval platforms. The time is now.

Previous Post: CHINA HAS BULLIED BHUTAN WITH STEALTHY INGRESS INTO THEIR 89 SQ KM DOKLAM PLATEAU TO ‘TURNING POINT’ OPPOSITE INDIA’S DOKA-LA POST—NOW STOPPED BY INDIA-
Next Post: EX MALABAR WAS A MARITIME MESSAGE TO CHINA WITH DOKLAM STAND OFF ON & DAILY WRITING IS WHAT WILL HAPPEN …ITS DAVID VS GOLIATH AND CHINA KNOWS IT — BUT FOR HOW LONG AT SEA NEEDS ATTENTION TOO