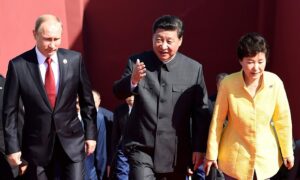 Thomas Friedman, in an article in NYT last week titled *”The Seven Years of China and the United States” lucidly explains why China is winning without fighting over USA. The piece has shocked the White House. Thomas has compared the varied happenings in the United States and China in the form of a balance sheet to bring clarity to who is doing better. There are lessons for India as the world and India too, slept and aided China to grow economically in WTO and China took the Nine Dash Line into its EEZ to get maritime frontage it lacked.

China has now become the world’s Frankenstein. A QUAD hopes to tame China and author .Mary Shelley’s conclusion is relevant. “There is no escape from past actions. Mistakes of the past can return and affect the present and the future”.

China has been busy building Thomas writes. China has built 21st Century infrastructure, buildings, stadiums, subways, metros, and a large military apparatus especially a bigger PLA Navy of 360 ships compared to 267 of US Navy and of course grabbing technology by means free or foul. USA was busy fighting al-Qaeda and terrorists looking for Osama Bin Laden who was hiding in Pakistan, and fighting fruitless wars for two decades in Afghanistan, Libya, Syria and Middle East. USA also tried to screw Russia and Iran with sanctions with little sway, and India suffered too. This got China and Russia together, a formidable combination that Biden is trying to unravel. Climate change took a hit when Trump withdrew.

Differences between China and USA have begun to show. Thomas says. The dirty old LaGuardia Airport in New York and the beautifully shaped international airport in Shanghai and a drive to Manhattan, will unveil how dilapidated the infrastructure of USA is. President Biden will clean USA’s till as he hopes to rejuvenate USA with trillions. India too lacks infrastructure. 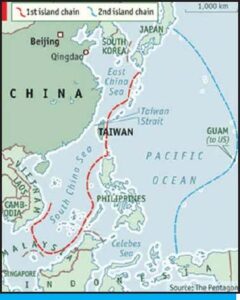 Thomas writes China has the electromagnetic propulsion maglev trains at over 220 miles per hour instead of steel wheels and tracks, like in US and Indian railways. China is modern nation and Chinese are solvent except in few pockets and not living in a third world country any more and have 5G and Cyber to leap with digital currencies in Yuan. Only a visit by an unprejudiced mind will convince one of this. Money and ancestor worship is their religion unlike in Christianity, Islam and Hinduism and a religious goal to overtake USA in this life. Chinese do not believe in Nirvana, Moksha, or Heaven or Janat for one’s next life or religious rituals. India believed ringing bells with nationwide prayers may ward off Covid.

Thomas says China has accepted the main concepts of modern national sovereignty and human rights by its own standards as Chinese civilization make them unique and proud to obey the Leadership. China’s development model is of scale for education, learning plus innovation and modernity with reliance on technology. China’s huge population and its No 2 economy affects the world’s geo-eco-strategy. India too has population but India’s economy is small and too many poor and GDP static at $ 3 Trillion. China’s GDP is rising over $ 14 trillion.

Foreign companies invest in China to achieve a first in China which has population for demand and go on to become big and China takes over to become the world’s best. Chinese have a slogan, that Deng Xiaopen gave, ‘The colour of the cat does not matter as long as it kills rats’. With the rise of China, this trend is beginning to expand into more and more areas such as tourism, aviation, film and television, sports, education, new energy, modernization models, and high-speed rail.

The Chinese have embraced Confucius’s and Lao Tzu’s teachings and Sun Tzu for Military Strategy and Zhuge Liang’s 36 Stratagems for tactics. Chinese excel at calligraphy, painting, cultural relics, and Chinese medicine but mix it with modern science and yet revive Chinese traditional culture. Thomas writes China’s traditional economics, is not mere “market economics” but “humanistic economics.” In the long history of China, if a government fails to develop its economy and improve people’s livelihood, and it cannot handle disasters It will lose support from the people and lose its “destiny” and will eventually be overthrown by the people. That is CPC and Xi Jinping’s worry to strive hard.

The Communist Party of China (CPC) is a one party authoritarian continuation of the historically unified Confucian ruling tradition, rather than a Western system in the call of democracy that competes on behalf of different interest groups. India of today has religious interests, majority Hindutva followers, caste and money politics and perennial elections and the world’s largest Constitution of 1950 vintage. USA has a small Constitution many carry in their pockets and UK has no Constitution. China knows Law is not constant and situations demand change and has adopted a four chaptered Constitution with a Preamble in its Ninth National People’s Congress on 15th March 1999 and amended it in the Second Session of the Tenth National People’s Congress on 14th March 2004 and every 5 years. Indium politics like the West, can only agree with the legitimacy of the regime resulting from multi-party competition and Thomas calls this a very shallow political concept and says the most important feature of China’s historical legitimacy is its “political system”. Lee Kuan Yew guided Singapore and China to rise. 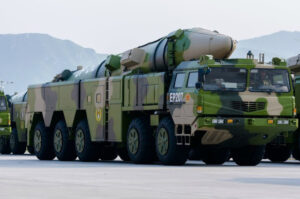 India’s political system has no National Goals or a Strategy that all political parties must follow and RSS colours many policies given most Ministers are RSS. This has pitched India to take Aksai Chin and POK and is at loggerheads with China after the Ladakh events. China and India now have de-facto De Militarised Zones(DMZS) at Galwan, Gogra, Panggong Tso and Depsang along the LAC to sort out. Chinese are dragging their feet awaiting elections in Gilgit Baltistan(POK) on 25th July to develop their CPEC Strategy on the results. Few Pakistani Brigades have moved in for the elections and that has a meaning.

Chinese Foreign Minister Wang Yi spoke last week about China-Pakistan ties being “a unique ‘ironclad’ friendship.” The term ironclad is one of many buzzwords in Chinese diplomacy many tend to dismiss, as rhetoric without delving into what they mean practically. Last week four PLA officers were promoted to general rank.

With no clarity on the 12th round of Corps Commander- talks, EAM Jaishankar is more abroad to fight fires and secure peace and tranquility for  India.

These are critical times with major changes in South Asia and Middle East that IDF has posted with inputs from NYT and Chinese speaking Manoj Kewalrani at Takshila.