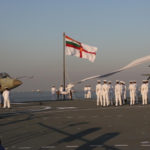 This is a special report on the poignant decommissioning of Indian Navy’s aircraft carrier INS Viraat on 6th March at the Naval Dockyard, a befitting farewell to one of the longest serving warships under two Ensigns- the Royal and Indian Navy. A record number of 21 of the 22 Commanding Officers of the carrier (Adm […] 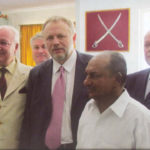 This is an IDF tribute and obituary to an amazing soft, Hindi speaking bachelor, Ambassador Alexander Mikhailovich Kadakin ( Александр Михайлович Кадакин ( 1949 – 2017) who served as 3rd Secretary in the Soviet Embassy in Chankayapuri when IDF first met him in 1974. Kadakin and IDF were nominated liaison officers for legendary Admiral Gorshkov’s […] 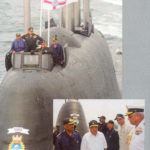 NAVY’S AMBITIOUS TRI-SERVICE THEATRE LEVEL EX TROPEX-2017 BEGAN ON 24TH JAN POST COMMANDERS CONFERENCE WITH LETHAL PLATFORMS- WEAPONS AND ARMY POWER —IS IT A THUNDER CALL TO THE NEIGHBOURHOOD THAT AFTER NO 3 PPP ECONOMY INDIA’S MILITARY HAS ALSO ARRIVED ?

On 27th Jan the Navy announced that, all Commands and Services including Coast Guard units, which unlike BSF and other armed Police forces come directly under the Navy for war and exercises, got underway in Ex TROPEX-17 from 24th Jan for a full month with extensive drills and weapon firings with interoperability. This duration is […] 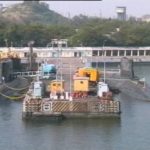 An IDF Analysis of the forty six (46) naval ships and submarines that are on order in Indian Shipyards and twenty (20) more stand approved by the Defence Acquisition Council(DAC) to augment the current Indian Naval Strength of 120 Ships and 13 aging submarines (9 Kilo and 4 HDW-1500) by 2027. More details are in […] 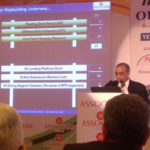 India has a rich maritime heritage going back over 5,000 years. The world’s first tidal dock was built at Lothal (2300 BC) during the Indus Valley Civilization, a tourist attraction near the port of Mangrol on the coast of Gujarat. Modern India aims to reclaim India’s maritime heritage and the Indian Navy is an important […] 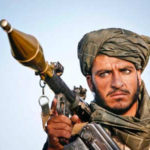 From the media. The SUBJECT needs more attention by Indians ? “Russia has for the first time joined Pakistan and China to collectively ask the UN Security Council to lift sanctions against select Taliban leaders, signaling their growing Convergence over Afghanistan in a major setback for India which viewed the Taliban as a Pakistan-backed militancy […] 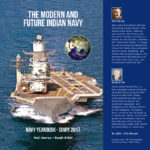 This is a www.indiadefenceforum.com missive for those who wish to know their Navy, especially young officers of the Navy, Army, Air Force, Coast Guard, Foreign Service IFS officers in Embassies, Intelligence Agency operatives who specialize in naval intelligence as a guide, Para Forces and officers in military and civil Staff Colleges and Libraries in a […] 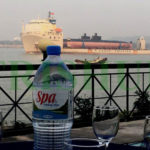 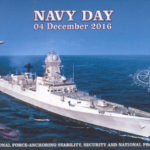 From IDF’s War Dairy, ‘Warring Nuclear Navies-India and Pakistan’ in down history lane series on this site for lessons to be learnt from wars and principles of war, applicable in other quarters of politics and in business too. Bangla Desh went to war on 22nd December, 1971 when Mrs Indira Gandhi opened the front in […] 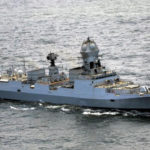 NAVY’S DESIGNERS & STAFF BRANCH PLANNED – THE WEESE – MDL –DRDO- INDUSTRY HAVE DELIVERED CHENNAI WITH NAVY’s SELF HELP ——–SHE IS MADE IN INDIA !

IDF celebrates the completion of India’s powerful 7,500 ton ‘Made In India’ Type 15A Missile Guided BrahMos-Barak-8 destroyer Chennai as she joins the Fleet. IDF thanks PRO Navy (DPR) for excellent inputs. IDF wishes all on board fair winds and following seas, the traditional good wish to a ship as RM Manohar Parrikar commissions her […]